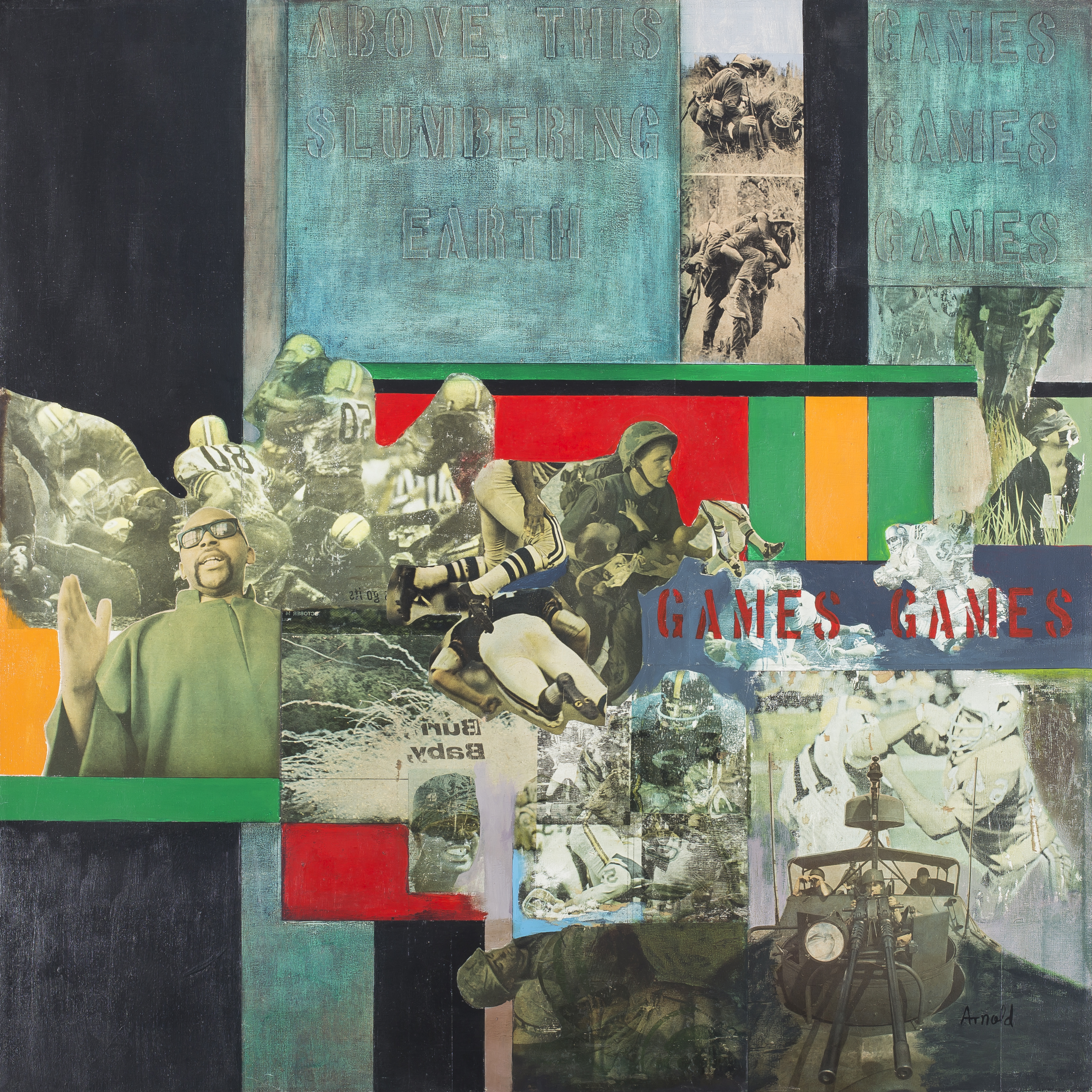 Ralph Arnold, “Above this Earth Games, Games” 1968/ The Pauls Foundation

The 1960s were a time of global disruption, violent change and new assertions of power and refusal of marginalization from parts of society. Coming to art at this volatile time, the Chicago artist Ralph Arnold captured and dissected shifts from a personal perspective and as a flâneur of mass media.

“The Many Hats of Ralph Arnold: Art, Identity & Politics” at the Museum of Contemporary Photography, curated by Columbia College associate professor Greg Foster-Rice, is a broad overview of Arnold’s four-decade career. The show is mounted in the museum’s three first-floor galleries and includes collages, assemblage pieces and graphic design work by Arnold, mixed with works by artists who inspired him, including pieces from his personal collection. 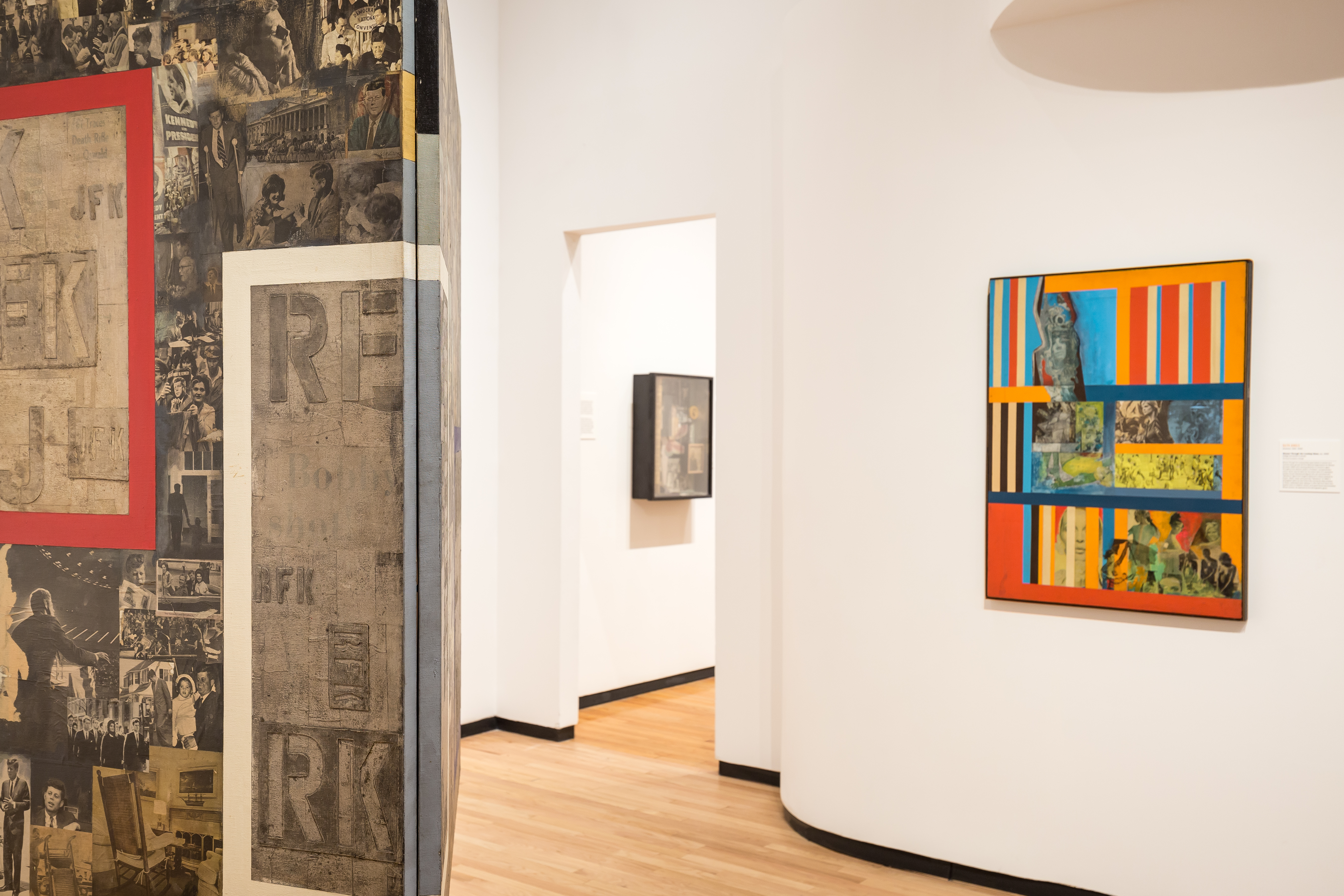 Installation view of “The Many Hats of Ralph Arnold: Art, Identity & Politics” at the Museum of Contemporary Photography, Winter 2018

The show takes its name from a 1975 collage of self-portraits of the photographer wearing multiple styles of hats. An African-American, gay man who was a Korean War veteran, Arnold often took self-portraits, frequently replacing the faces of famous men with his own; relating his story to their histories and asking the question what it would mean if those men had been black and gay, creating a two-dimensional role play. This includes a witty series that (re)imagines Arnold as Napoleon, while in others he presents Napoleon traveling to Polynesia in his youth where he starts a love affair with an indigenous man.

The strongest work is from the 1960s to the mid-1970s. While these pieces show the influence of Romare Bearden and Robert Rauschenberg, they stand on their own. The intersections of Arnold’s life produce a perspective that is as multilayered as the pieces themselves. The most striking works are two large-scale political works in the main gallery, “One Thing Leads to Another” and “Unfinished Collage.” Both use images from popular photo magazines such as Life and Ebony to create narratives about the consequences of racial and class inequality and the social and political effects of the assassinations of Dr. Martin Luther King, Jr. and Robert Kennedy. His 1971 “TV” series uses a range of mass media imagery dancing across brightly colored abstract fields that hide the letters “T” and “V” in the mix. The series juxtaposes magazine images, vernacular photography and cutouts of different sizes and brands of televisions to reference gender, race and sexuality in popular culture. 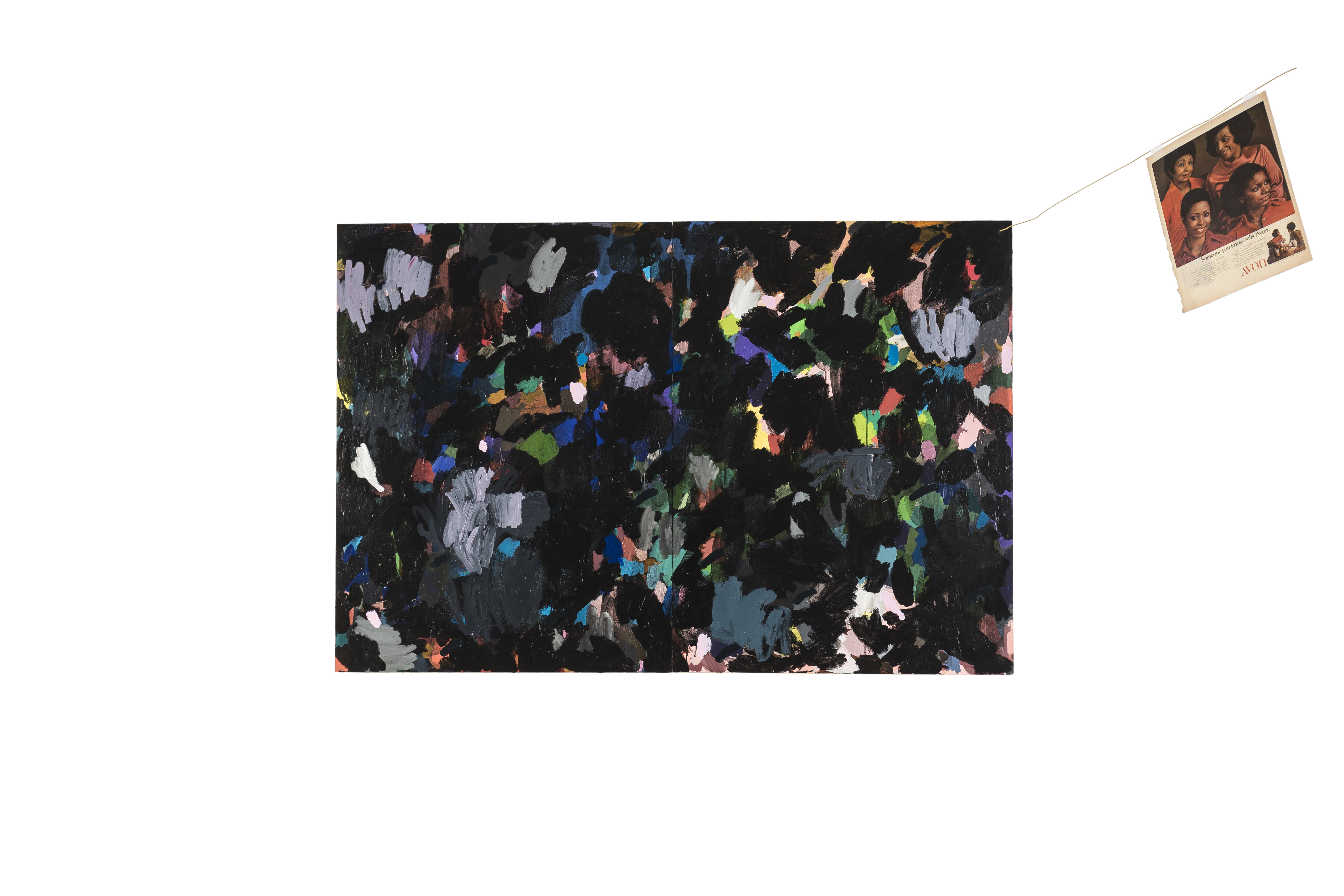 There is a regionalism to Arnold’s work that makes him stand out from his better-known influences. Arnold’s relationship to Chicago comes to the fore in subtle ways, from his use of images by other Chicago photographers in his collages, to a work made in 1972 that includes a bag from Crate & Barrel, which was still a local store at that time.

The museum’s second- and third-floor galleries host an exhibit that is intended to extend the concepts and techniques that run throughout the Arnold show with the work of seven young contemporary artists: Derrick Adams, Krista Franklin, Wardell Milan, Ayanah Moor, Nathaniel Mary Quinn, Paul Mpagi Sepuya and Xaviera Simmons. The artists in “Echoes: Reframing Collage” continue the tradition of collage in various media, but with the same care for the symbiotic potential of objects and images placed together. Ayanah Moor’s paintings were made in direct response to Arnold’s work. Moor starts with imagery similar to that used by Arnold but builds layers of paint until the images disappear into dark abstractions with just hints of bright color breaking through. Wardell Milan and Krista Franklin come across as the more direct descendants of Arnold. Milan’s densely layered, sexualized and gendered photographic dreamscapes and Franklin’s collages that juxtapose portraits of black female activists with vintage ads for wigs and haircare products found in the backs of magazines like Ebony and Essence continue Arnold’s explorations into the potential of visual constructions to bring personal and cultural intersections into view.

“The Many Hats of Ralph Arnold: Art, Identity & Politics” and “Echoes: Reframing Collage” runs through December 21 at the Museum of Contemporary Photography, 600 South Michigan.