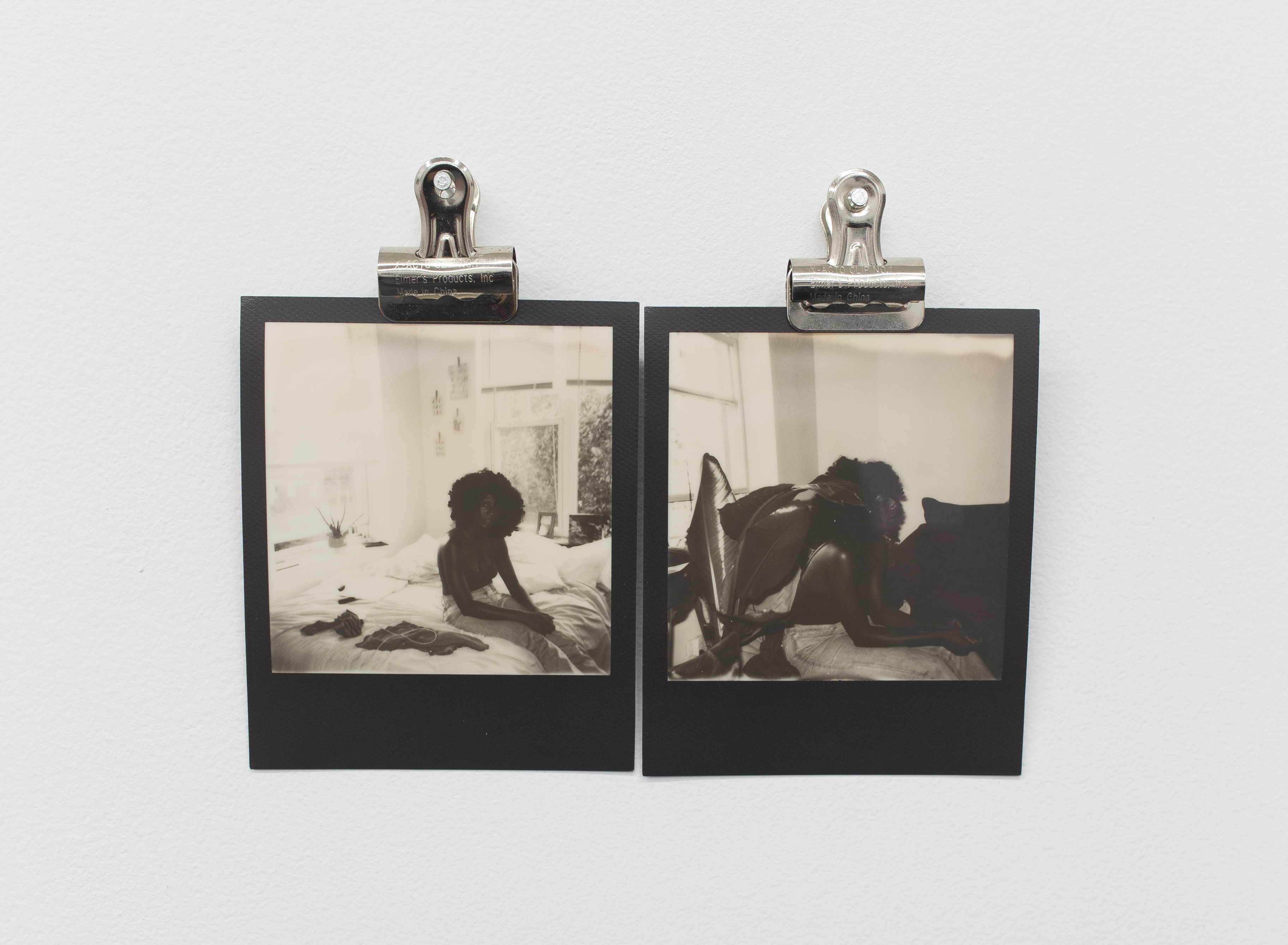 Tylisha gives the camera a side-eye in two photographs hung side-by-side. Abena looks at it over her shoulder, curly locks and partial profile mirroring a print on the wall behind her. Jasmine ignores the lens, looking down as she talks on the phone. In her spectacular solo show at Adds Donna, Zakkiyyah Najeebah investigates black women’s identity in candid and intimate black-and-white photographs. 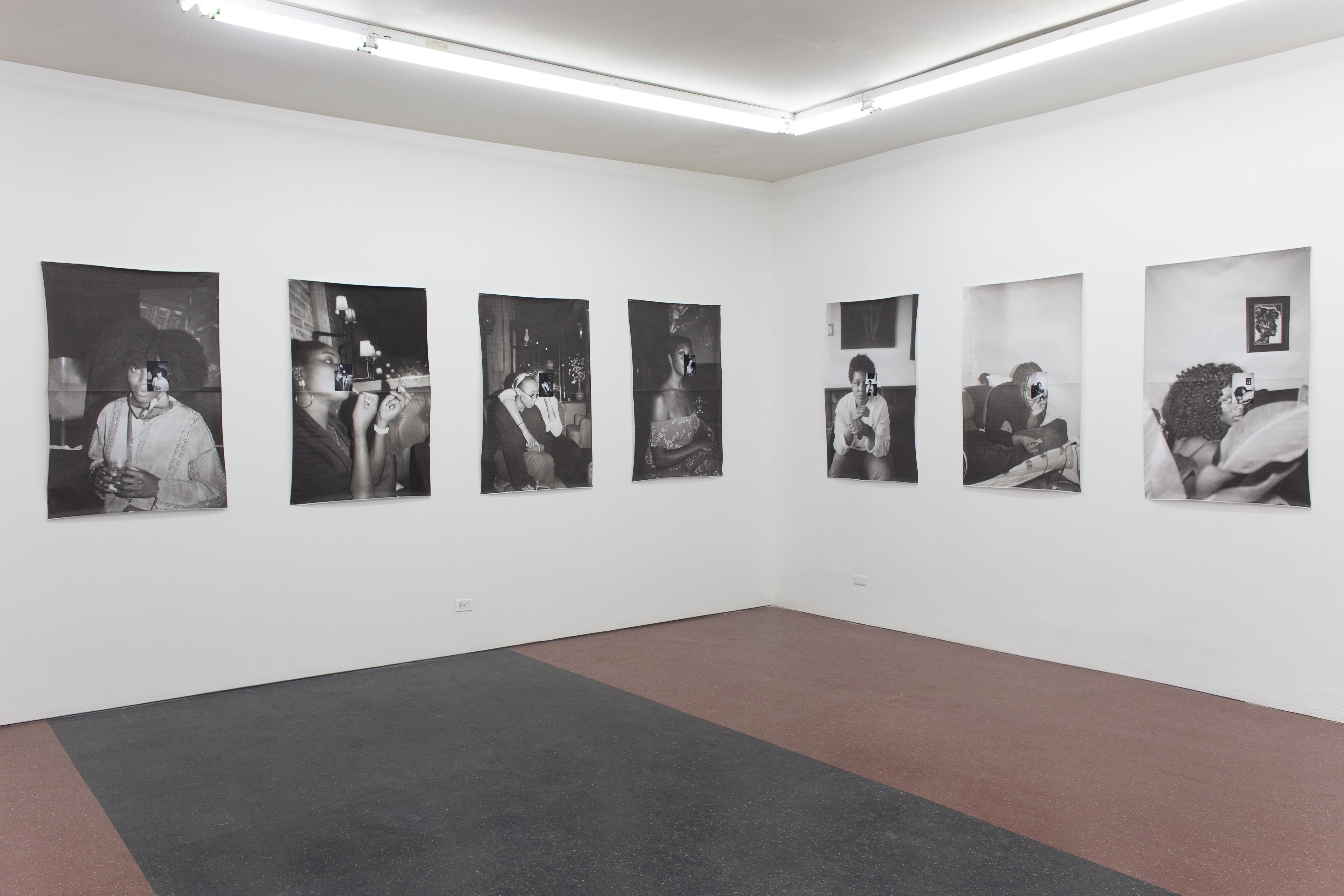 Along three walls of the gallery hang poster-size digital prints of these portraits, which feel both of our time and timeless. Najeebah photographs her subjects in their domestic spaces as well as out in the world—holding up a compact while applying makeup or out with friends. The show description notes that in her work, the Chicago-based artist embraces Alice Walker’s idea of “Womanism,” a concept used to describe feminists of color who prefer women’s culture and are committed to the wholeness of people. Najeebah’s subjects do not feel one-dimensional. You feel the artist’s tenderness towards these women, as they pose for the camera, smoke weed, hang out with their friends, live.

On the fourth wall hangs a series of black-and-white Polaroid portraits arranged in diptychs. Each subject was seemingly captured at home. Several sit on their beds. One subject gazes out into the room from behind a large, waxy plant. Another woman looks at the camera in both shots, two dreamcatchers hanging on the wall above her bed. In another Jasmine, who also appears in one of the oversized prints, rolls a joint. In the next shot, she starts purposefully into the lens. It is clear that the women in the images trust the artist; their body language betrays no discomfort. 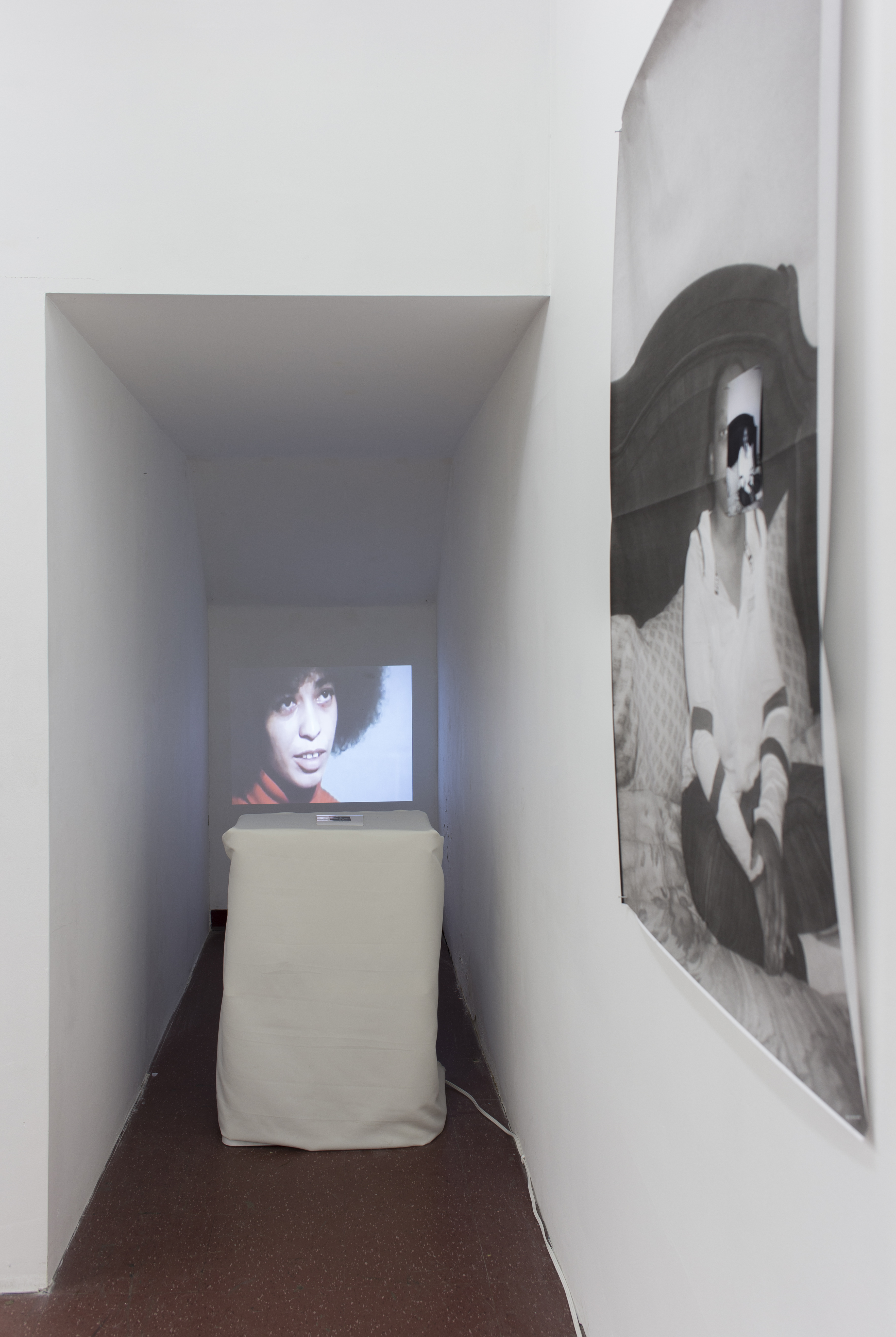 Screening in a corner of the gallery is “De(liberate),” a short video montage that further investigates narratives around black womanhood. Largely culled from the internet, the clips draw attention to and cleverly interrogate some of the most common attributes society gives to black women, through the stories of famous women. Angela Davis talks about the violence she witnessed as a girl growing up in Birmingham, Alabama. Maya Angelou claims she has no modesty. Richard Williams, the father of Serena and Venus, comes to his teenage daughter’s defense when an interviewer questions her declaration of confidence. A commercial advertising “Afro Sheen” rolls while Solange’s “Don’t Touch My Hair” plays over it. 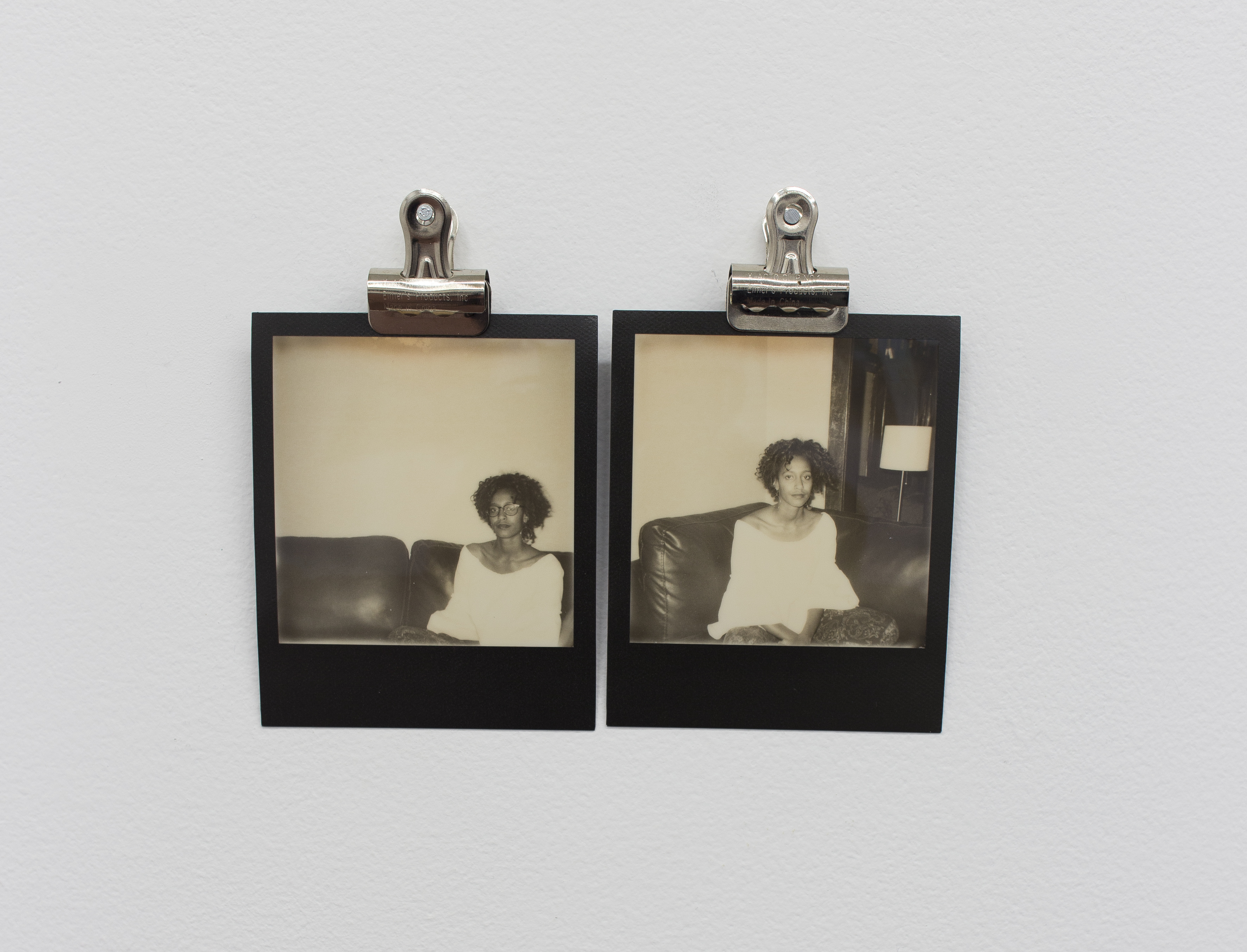 The video and images work together to tell a story about black womanhood that is multifaceted and complex. In Najeebah’s world, black women get to be sexual as well as serious, vulnerable but also in control. They are authors, athletes, scholars, actors, artists. They are fully human and they are telling their own stories, as Najeebah’s portraits say as much about the artist herself as they do about their subjects.