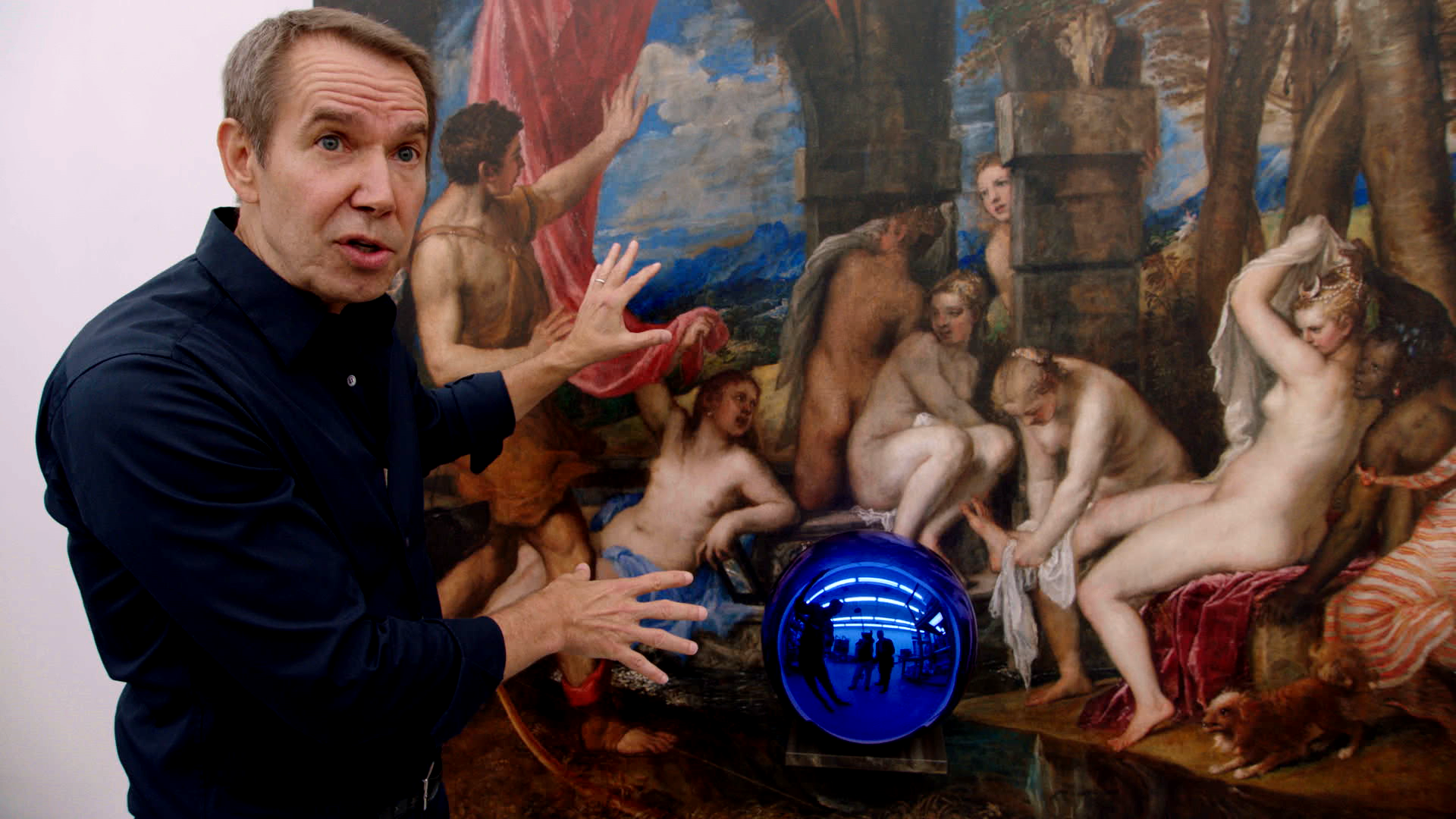 The bleakest months of Chicago’s dreadful winter for me are always made colder by the abrupt reentry from the heights of the holidays to the lows of labor. After all that money spent on gifts and booze, it’s time to actually earn it. Most of my shopping this past season—these past few years, in fact—has taken place on that behemoth of a digital department store that needs not be named. I developed these primal urges some years ago in the midst of a relationship that stoked many bad habits, and this one I haven’t yet managed to kick. Addiction of any sort runs in my blood, and when it’s simply shopping for household items or a promising new book, it’s easy to excuse the proclivity as practical.

I didn’t necessarily do much more shopping this past season than I typically do at any other time of the year, but I did see the increase everywhere—on my way to work, the smiling boxes piled high in lobbies and stashed behind bushes, grinning dumbly like the next object to be sympathetically animated by a Pixar promo tie-in. Like the smartphone and Ariana Grande, anything that ubiquitous that wasn’t around a decade ago deserves the utmost scrutiny. Too bad I’m too complicit in this vice to do that heavy lifting.

Last year’s package proliferation reminded me of a small installation by the English artist Jeremy Deller that I saw at the 2015 Venice Biennial. He was connecting the emergence of the urban workforce in Victorian England with the recent rise of on-demand labor and zero-hours contracts, demonstrating just how far, and really how little, we’ve come since we invented this whole industrial capitalist scheme a little less than two-hundred years ago. “Hello, today you have day off” reads a hand-sewn banner in the style of a historical trade union flag, adopting the robotic and ungrammatical language used to inform a zero-hours contractor by text message that their services were not needed that day—a gift of fleeting freedom at the high price of a day’s wages. More bluntly, Deller’s installation included a mannequin arm wearing the Motorola WT4000, a glove-like digital tracking device used by major warehouse retailers to micro-monitor worker productivity on the packing floor. If all this sounds less like art and more like an object lesson, you’ve got me there. 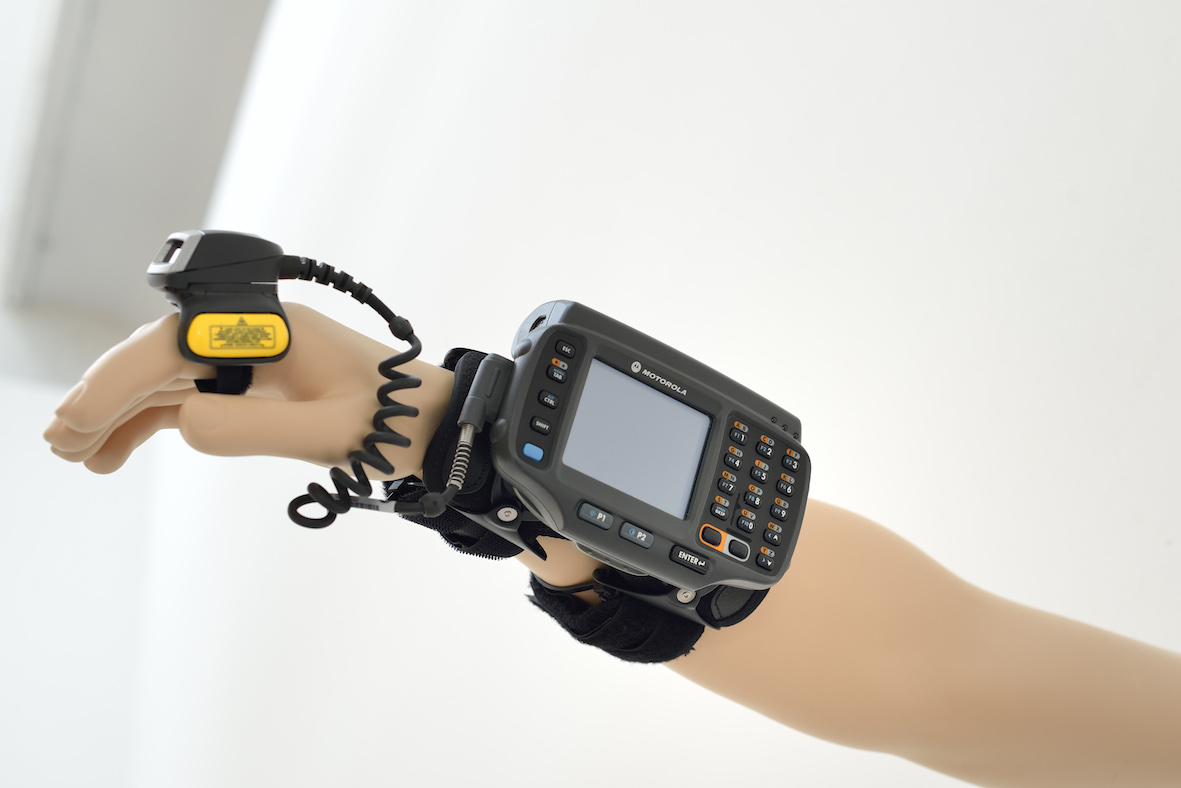 In fact, much of the contemporary art that appears most capable of directly criticizing so-called “late” capitalism (spoiler alert, capitalism is not ending anytime soon, so we might as well drop the hopeful qualifier) barely looks, or functions, as art at all. Deller’s lecture is edifying but not inspiring, and art without beauty, even if that beauty manifests as abject ugliness, does no good for those whose suffering is objectified by it. But perhaps that is the point—the art isn’t for the warehouse worker, it is for the consumer, and the privileged one at that. Perhaps Deller is intentionally depriving the expectant art viewer of beauty and instead proffering a shaming indictment of her capitalist complicity? Truthfully, I don’t think an artist of such stature deserves such a generous reading. Not all art is good, and not all work is art.

But what about those stubborn objects that are, despite all wishes to the contrary, works of art? The massive masculine paintings, the chromed balloon dogs inflated to two stories tall—what to think about them in a repletely commodified world? A late 2018 documentary release, “The Price of Everything” by Nathaniel Kahn, wrestles with this straw man of art versus money in a manner so retrograde it provides damning insights despite itself, the way a child speaks the truth because it lacks socialization. This is the kind of film you fear your parents might see and suddenly come to “understand” why you’ve thrown yourself in with our sorry lot. The dramatized struggle—cast between the shining success of Jeff Koons and the late-career failure of has-been painter Larry Poons—flattens the art world into a bivalent antagonism between those who make it big and those who die trying. These two straight white men, who have had more than their fair chances, describe in remarkable similarity their insatiable passion for the art they make, whether or not it has an audience or a profit margin. The only difference: one makes commissions for the Versailles palace and the other paints his massive abstractions in his shed of a studio in upstate New York. The rest of the cast—Sotheby’s auctioneers, a smattering of blue-chip artists, and Chicago’s very own mega-collector Stefan Edlis (who is meant to play the obscenely wealthy and yet unoriginal lemming of a buyer)—fill the requisite roles in the small constellation that is conjured up by the term “art world.” But whose art world is this, anyway?

I saw the film at a free screening hosted by the Chicago Artists Coalition, which must have had the movie foisted on it by the director’s PR team—dozens of “community screenings” throughout the United States are listed on the film’s website. Afterward, a panel of two Chicago artists and one gallerist—Iris Bernblum, Derrick Woods-Morrow and Jefferson Godard—bravely fielded questions from the audience, as they, too, had seen the film for the first time. I was struck by how far away from that art world all of us in the theater were, and how frustrating it must have been for each of us to watch something so foreign portrayed as the pinnacle of our collective labor and aspirations. Two old, white, male painters duking it out at the end of art history—is that all there is to the art world today? 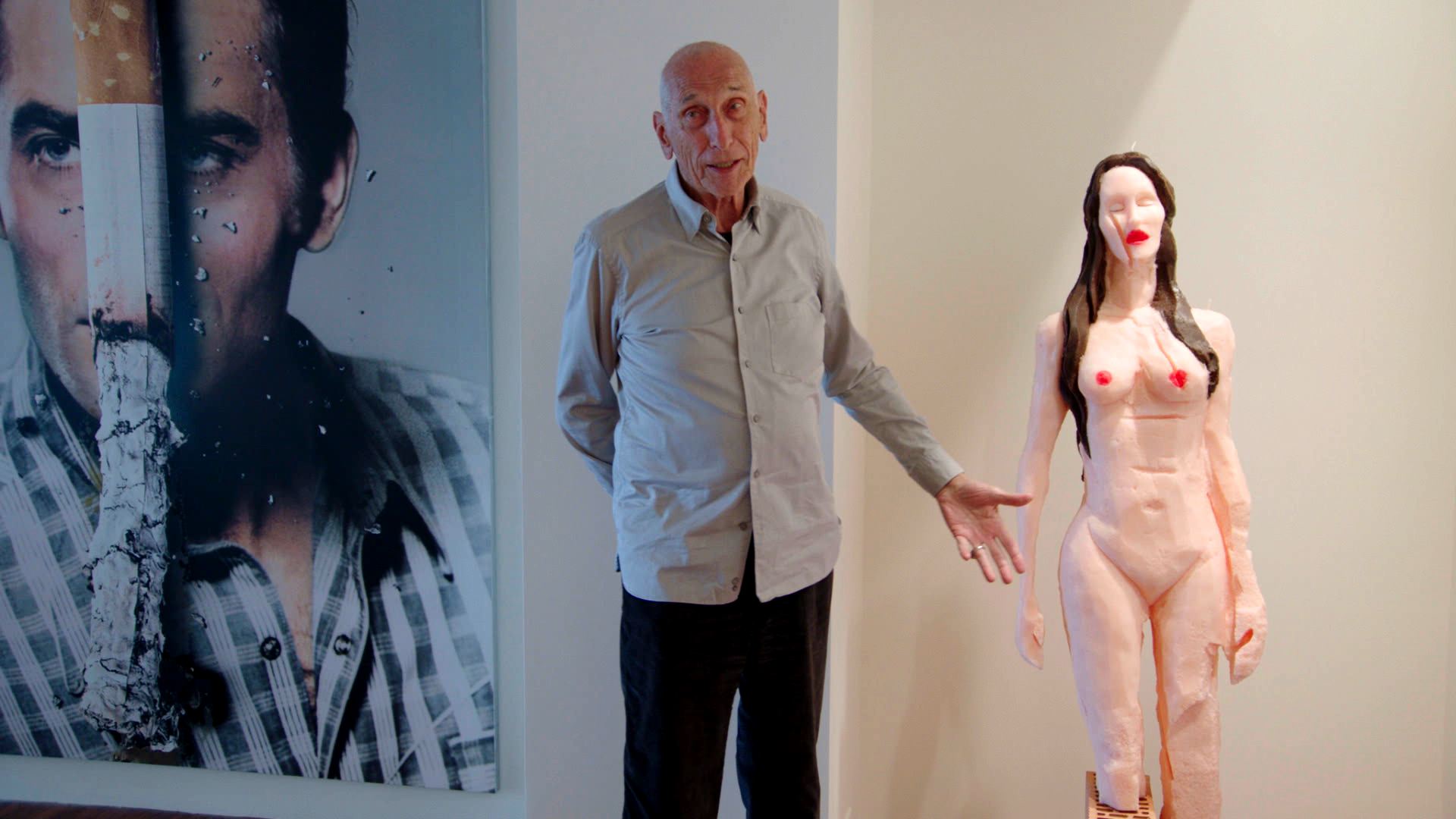 Stefan Edlis, Still from “The Price of Everything,” 2018 /HBO

Thankfully, we have the world’s most popular art critic to assure us that no, there is so much more to it all! Of the film, in which he appears several times, Jerry Saltz writes “Welcome to the art world of 2018. A place of cravenness and tropospheric wealth, yet a world that still provides comfort, safe spaces for people to do their work, take chances, assert themselves, step outside themselves, act, and maybe do ‘something meaningful.’” For Saltz, who does criticize the film’s narrow scope, the greed and vapidity of the art world are excusable for what it also makes possible—safe spaces for meaningful and risky work. Fine, but what Saltz fails to comprehend is his own complicity in maintaining the kind of art world that he rightly considers toxic—the one that inflates prices and egos, discriminates and tokenizes, and largely excludes the risky work that exemplifies the progressive edge of art that he purports to champion. Saltz waxes nostalgic for the days when little upstart galleries started by the likes of Larry Gagosian and Paula Cooper had nothing but a few Rauschenbergs and de Koonings on the wall and when untrained writers could anoint themselves critics and call the trends as they went along. These were simpler times, he laments, and the art world today is not what it used to be. Saltz wants it both ways, and because he functions, perhaps unwittingly, as a soft leftist foil within a field owned and operated by an archconservative elite, he labors under the illusion that such a thing is possible: a good art world and a profitable art world. Sound familiar?

The founding myth of capitalism is that wealth begets wealth and that prosperity is a tide that lifts all boats. For over two-hundred years, this now-completely globalized system has relied on our collective cognitive dissonance to rationalize the fallacy that the accumulation of wealth by the few promotes the good of the many. This premise is so fundamentally absurd that it takes magic to sell it, and that’s precisely what capitalism does. Things—pretty things, expensive things, useful things, meaningful things, magic little things—show us that capitalism works because things are a product of capitalism and we want many more things than we already have. Likewise, when people have fewer things, they tend not to see capitalism as working, at least not for them. And so, it’s important to capitalism that enough of us have enough things to crowd our vision and keep us from seeing what is blatantly obvious, that our collective fever dream is fundamentally exploitative and ultimately unsustainable.

What Kahn misses, and what Saltz does as well, is the inherently problematic nature of the artwork that makes it both a harbinger of and a tool in the slow death of capitalism. The absurd stratification that separates a Jeff Koons from an Iris Bernblum or a Derrick Woods-Morrow maps the broader conditions of inequality in our world—apologies to the laters for their use in my desperate analogy. Art, which Saltz in his review rightly assesses as beyond recognizable meaning, lacks the kind of intrinsic value that even the flimsiest of dollar-store trinkets can be understood to embody. In that sense, it has no value, at least not in a capitalist sense. What value it does have would have to be intangible and subject to the discrete appreciation of the possessor, whether she possesses it in her home or in a fleeting gaze at the gallery or museum. 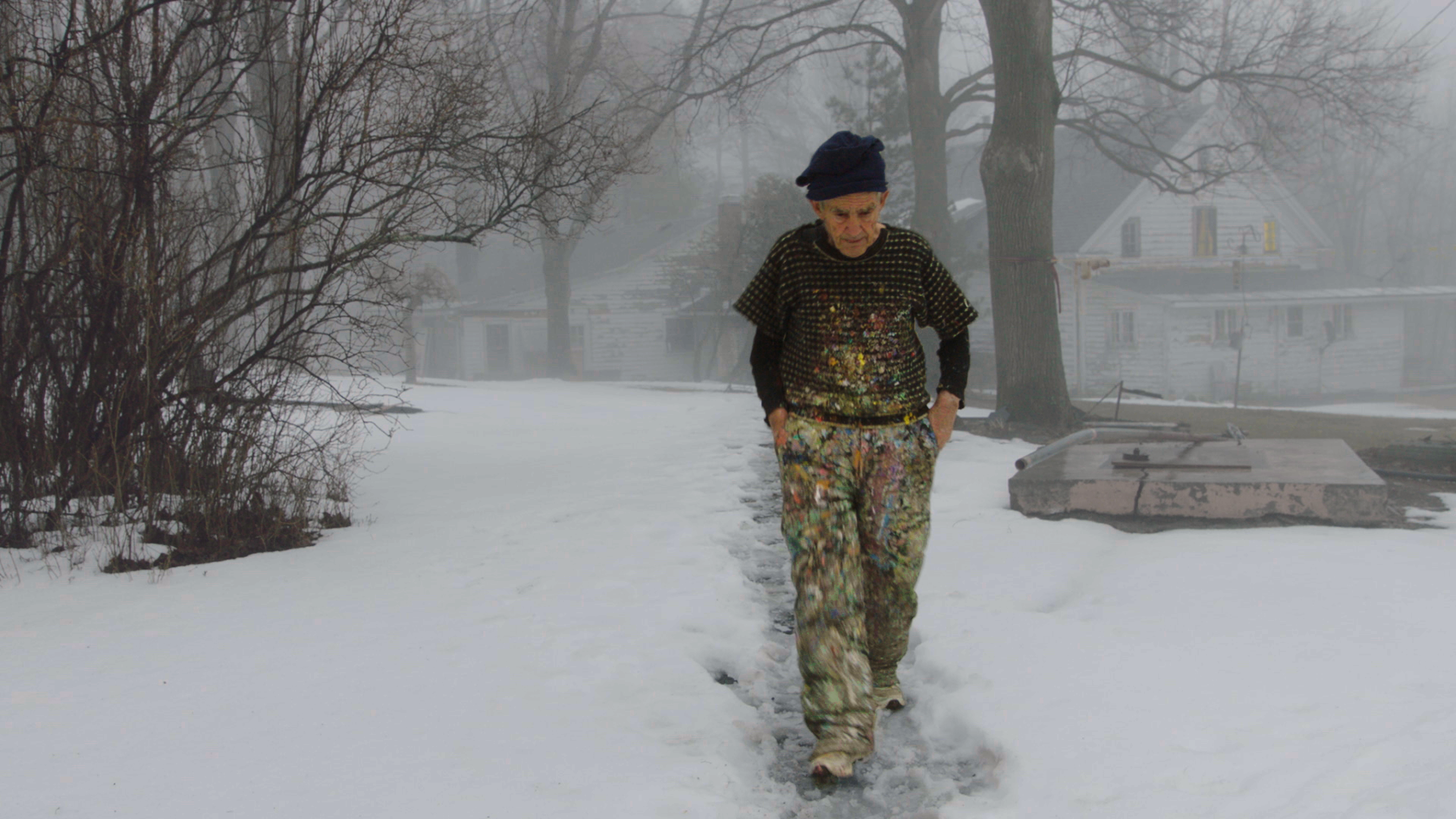 Larry Poons, Still from “The Price of Everything,” 2018 /HBO

Art is a problematic commodity, one that cannot ever be fully assimilated into the functionalist logic of capitalism. When it does, it ceases to be art at all. And in that sense, Jeff Koons stopped being a practicing artist decades ago. In the film’s interview with Amy Cappellazzo, Sotheby’s New York chairman and executive vice president, she remarks that once an artist’s work had been installed in a corporate lobby they will forever be known as a “lobby artist.” With her off-handed remark, Cappellazzo inadvertently lifts the curtain on the art market’s relationship with its delicate commodities. They must be handled gingerly so as not to expose their internal contradictions, at once a vessel for a transcendent experience and a very worldly thing.

Contradictions are at the heart of capitalist logic, they power its very engine of limitless growth. They are precisely why I can rail against the system and order a Maurizio Lazzarato book on the same laptop, the same one on which I watch Netflix and write freelance art criticism. It’s where I check my upcoming hours for my part-time job at a Bezos-owned business, a paycheck that I’ll inevitably spend on another Bezos-owned platform. Seeing art—in Chicago’s world-class museums, in its still-struggling gallery scene, and in its strangely robust nonprofit and apartment spaces—is what helps me escape the overbearing conditions of capitalism even as I live and breathe them in every moment. Mind you, I am only really talking about escapism, at least with art’s present forms. I do believe that it can be way out entirely, but it will take a whole different kind of art, and a whole different kind of art viewer, to make something that will allow us to see beyond this little chapter of history that right now feels so ubiquitous, so permanent.