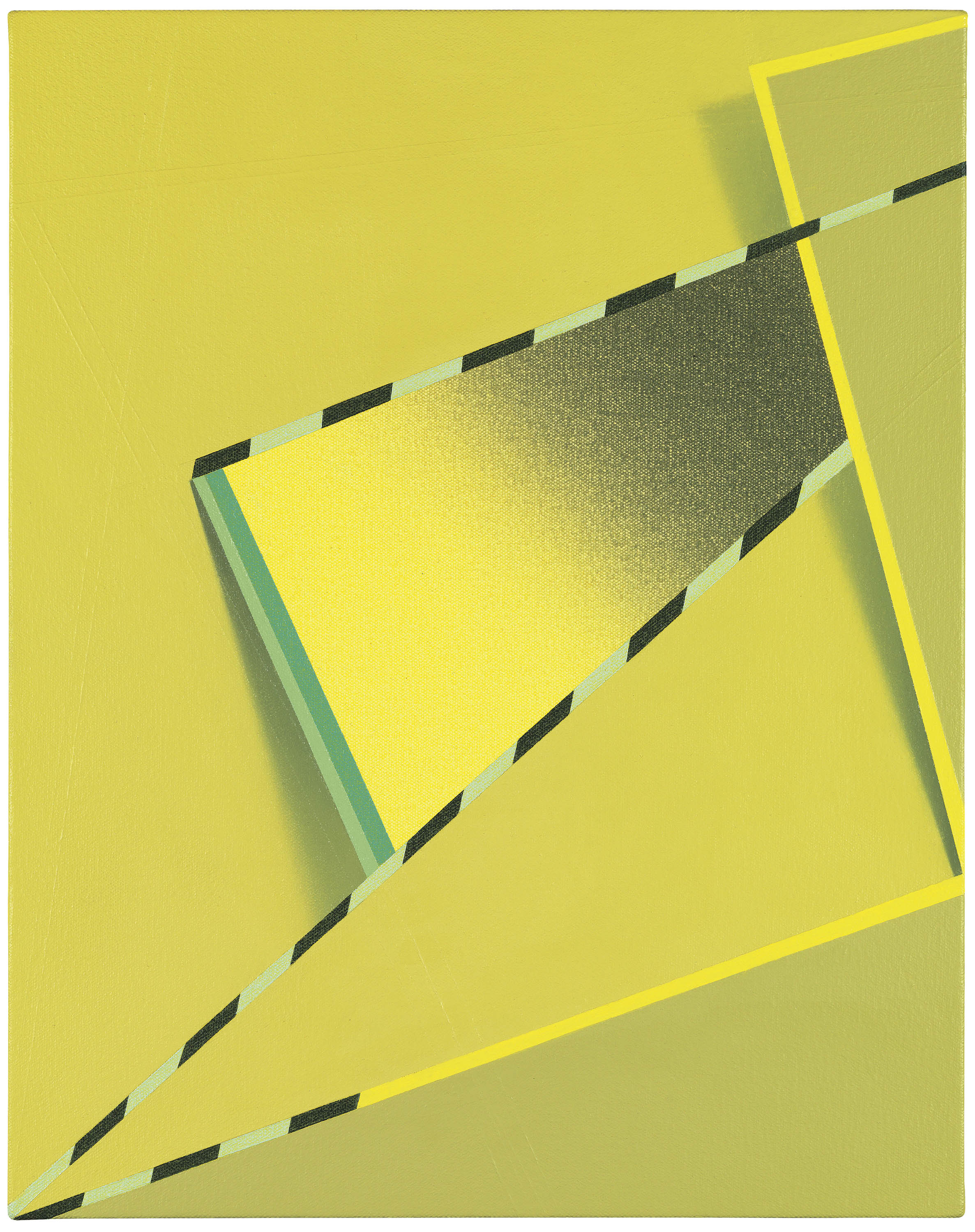 When was the last time a living geoform painter had a solo show at the Art Institute of Chicago? You won’t find that sort of thing in the Edlis/Neeson “New Contemporary” galleries. It’s so twentieth-century-passé to cultivate an art that refers to nothing other than itself. No investigations of sign, symbol or meaning. No critiques of late capitalism. No explorations of gender or racial identity. Nothing philosophical, nothing political, so what’s there to think about? A few of Chicago’s galleries continue to show geoform, but they may also show romantic realism, so their contemporary bona fides can hardly be trusted. What many trust, however, is the Turner Prize, which was won by Tomma Abts (b. 1967) in 2006. No other geoform painter has gotten it, before or since. Perhaps the jury found something special about her work.

What I find special is the tension, most obviously between an ongoing compulsion to follow her own strict rules and eventually her need to break them. All of the pieces in this exhibit measure exactly forty-eight centimeters high and thirty-eight centimeters wide. Unless the artist decided to lop off a corner or cut a canvas in two. And one of the pieces isn’t even a painting at all, but a monochrome bronze cast of one. Parenthetically, we might note that bigger is usually considered better in an art market where paintings are seemingly priced by the square inch. Abts is one painter who challenges the viewer to closely examine her work carefully rather than be overwhelmed by it. 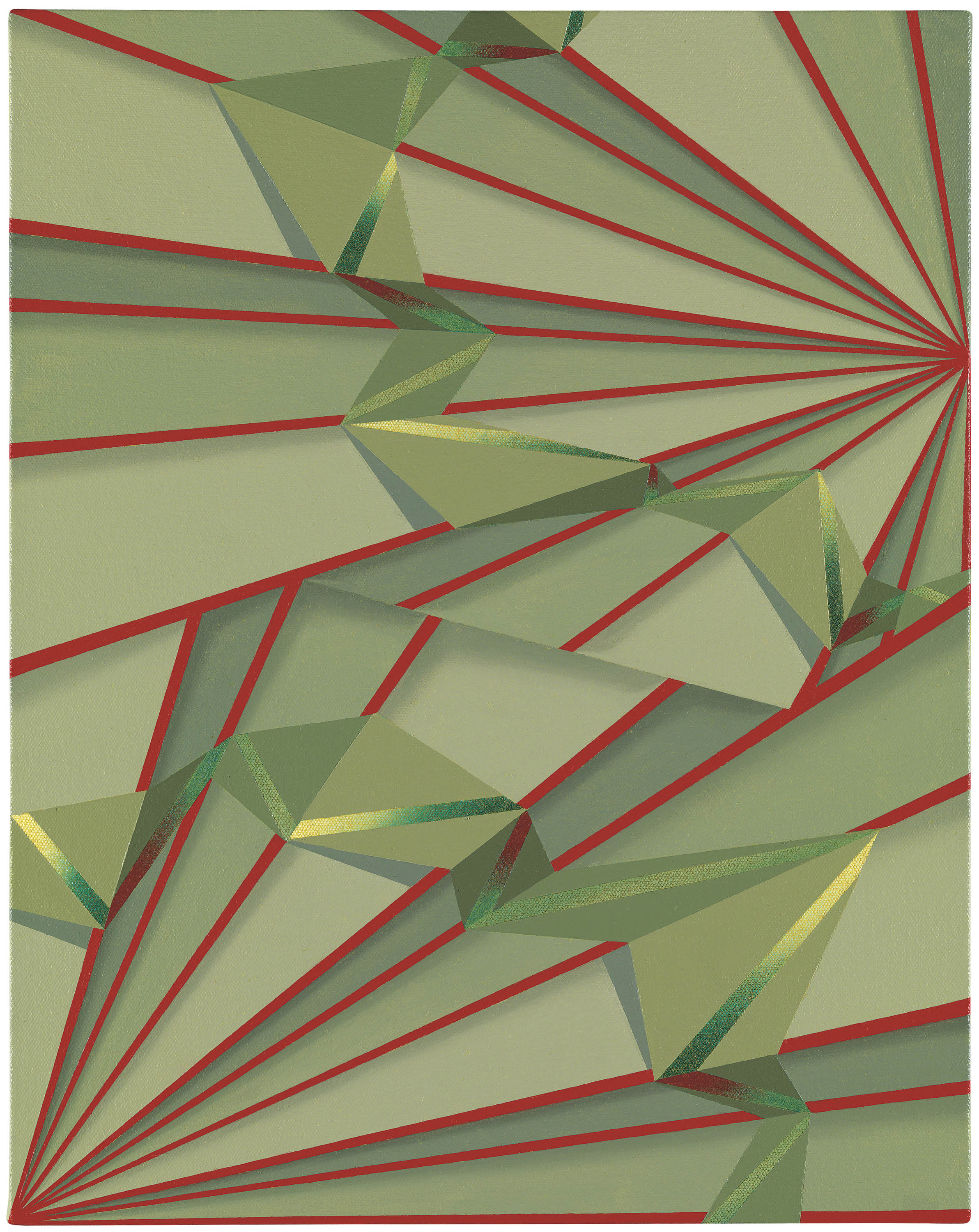 Then there’s the tension between the center of the painting versus the world beyond the edges. Energy is never bottled up; the edges only frame an ongoing process, like a snapshot of nature or a city street. Each piece is like a coiled spring with a sense of lightness and the anticipation of stepping out and going places. Sometimes the centripetal pull is so strong, lines of force radiate out from the center. More often, that pull is like a powerful magnet that bends shapes inward as they try to escape.

There’s also a tension in every line, straight or otherwise. They appear to express a mathematical formula rather than an artist’s expressive touch. Likewise, the delicate gradations of tone and color appear to have been produced mechanically rather than manually—those skillfully rendered gradations, by the way, can be quite delicious.

There is tension within each design between the pleasant and the annoying. The artist never goes too far in either direction. I am pleased by the variety and balance of her designs, but I’m also frustrated by their cold, impersonal quality. There’s no humor or anger or any other personal emotion. Some of her pieces, especially “Isko” (2008), seem to approach a spiritual mystery, but mostly I feel the cold anonymity of corporate decor rather than the intense spirituality sometimes achieved in abstract Islamic art. 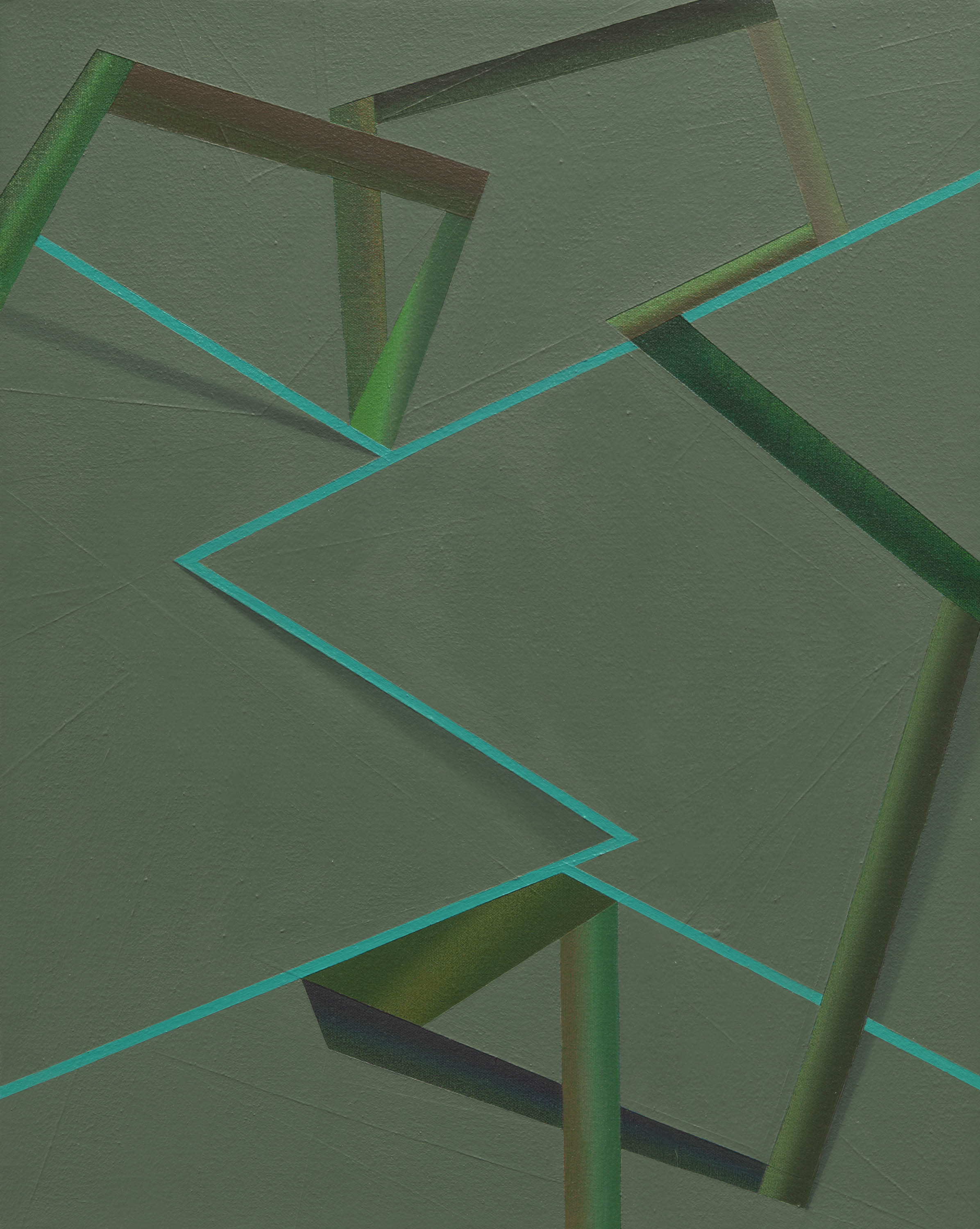 The title given to an abstract painting is usually not important, yet the titles given to the paintings in this exhibit are troubling. They have been selected from a regional German dictionary of first names, as if to suggest that each painting had the unique individuality, character and cultural background of a person. The exhibit as a whole, then, might represent something like the diversity of European society. Thankfully, it does not. It only represents the fierce, hard-working, and possibly repressed character of the artist herself. Which is not necessarily a bad thing—unless it’s offered as some kind of ideal or norm.

Would I have given Tomma Abts the Turner Prize had I been on the jury? Absolutely. She is an anomaly among the other contestants. Like J.M.W. Turner, her achievement is primarily visual rather than conceptual. She is a master of design and perfect execution. But I’ve seen many other contemporary geoform painters who are no less deserving of a show at the Art Institute. Some of them even live in the vicinity. (Chris Miller)

Tomma Abts shows through February 17 at the Art Institute of Chicago, 111 South Michigan.