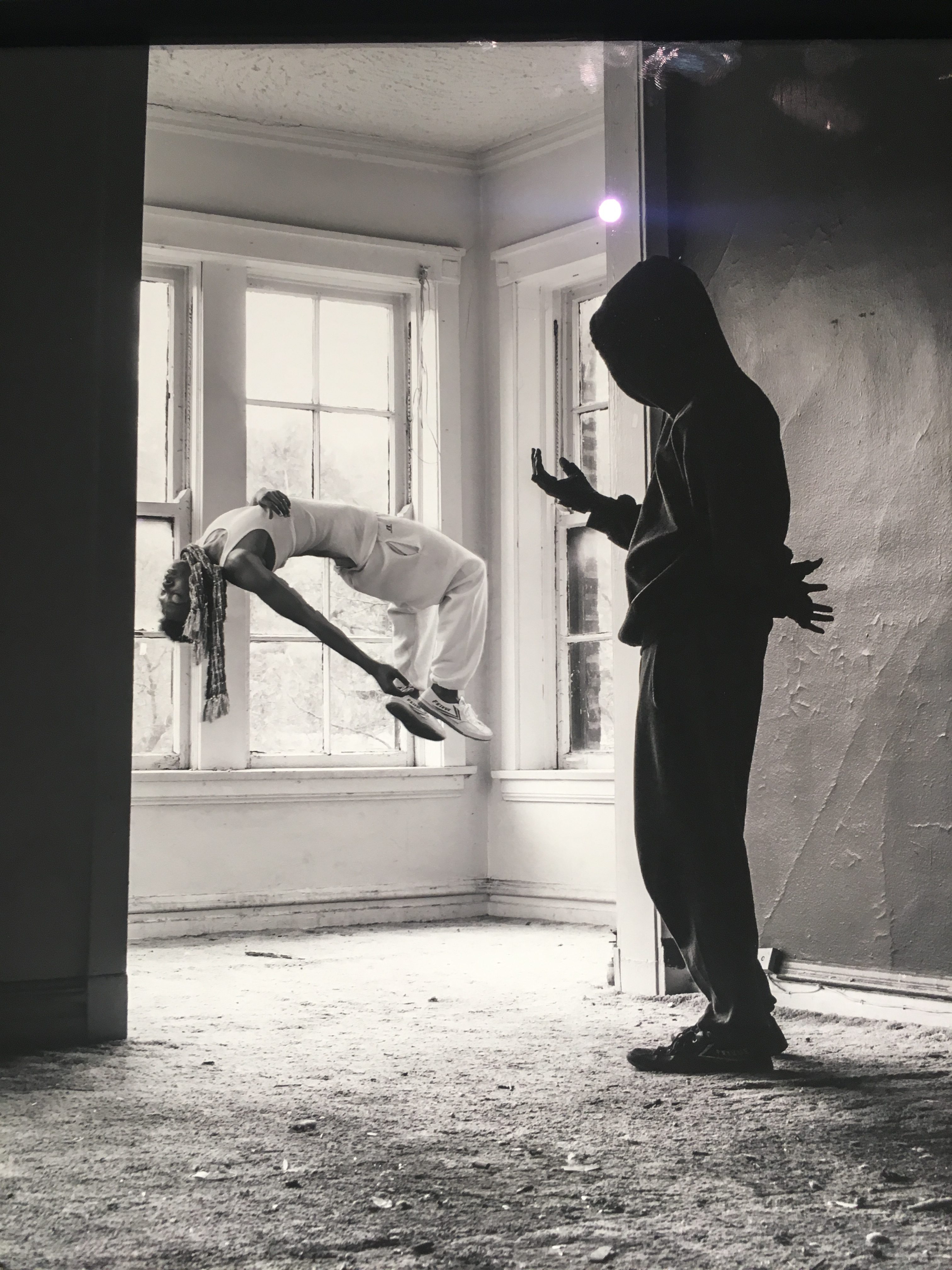 Historically, during times of turmoil and trauma, art can speak volumes. When looking back at art of the past, the viewer can get a sense of the social and cultural implications of a period of time through the art it produced. During the American Revolution, there was a rise in propagandist art in newspapers and print. Diego Rivera’s murals and work during his Detroit period signified the rise of mass industrialization in America. Heaven Gallery’s current “Oh, Maker” exhibition, curated by Darryl Terrell, speaks to the current relationship between America and black Americans through the reimagining and reappropriation of materials.

Terrell has carefully chosen seven artists to examine the current social and political climate and its relation to black Americans through photographs, video, installation, collage and even handmade music boxes composed and constructed by artist Sadie Woods. It also explores the past and its effects that still ripple throughout society today, as in Michael Curtis Asbill’s piece “Provisional Monument, Pulaski TN,” which explores the tensions surrounding the birth of the KKK, or Shanna Merola’s critique of police oppression.

While most of the work deals with sociocultural trauma, there is an underlying childlike innocence tying these pieces together, whether the digital collage images from Andrea Coleman of a family seated for dinner, or Kevin Demery’s swing set piece “Things Fall Apart.” There is a phantom feeling of absence when you look at it as a stand-alone work. We see an object that is oftentimes swinging and teeming with children, left broken, forgotten with a quiet stillness. 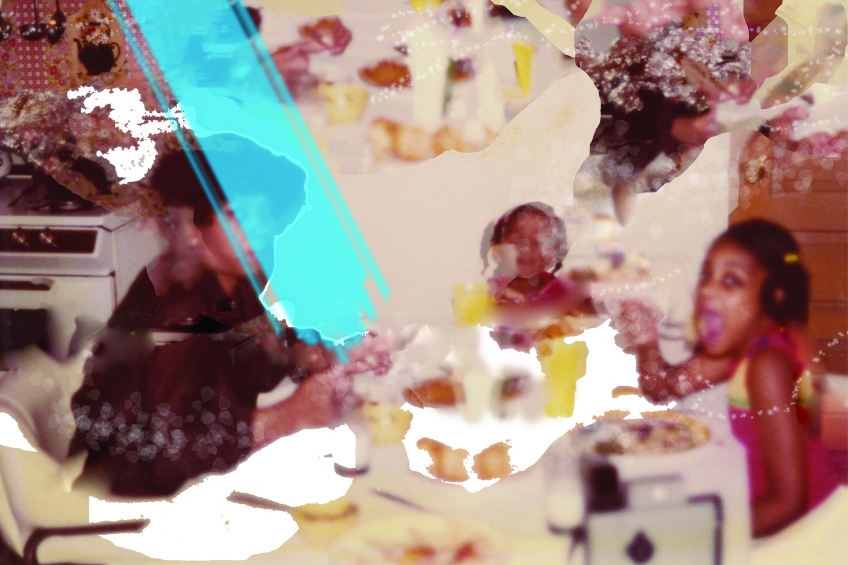 Mark Blanchard presents a different kind of stillness in his black-and-white photographs of two young black boys in an abandoned home. What is most striking in his piece, “Effluence of Cosmic Void,” is that one boy, wearing all white, is suspended in mid-air, lifeless in a martyred pose, as the other boy, hooded and in all black, looks on. Black boys and black men have been at the center of the traumas in America’s past and present, and the photograph is a poignant depiction of that. It plays with the interpretation of the viewer’s sense of good and evil, and the truth behind the lens, true to Blanchard’s process, which “involves navigating the distractions of persona and our projected identities.”

The video compilation “Deliberately,” by Zakkiyyah Najeebah, explores the personification of black women through found footage of period Afro Sheen commercials, Kathleen Cleaver and Maya Angelou in conversation, black ballerinas, and the viral video of a young Venus Williams and the white reporter who criticized her confident comment that she would defeat her opponent and her father/coach’s clapback response to the reporter. Najeebah uses this footage to share black narratives, particularly those surrounding “representation, inclusivity, black womanhood, family histories.”

“Oh, Maker” navigates the past with grace, and though it appears to have a heavy heart, in the right hands it sheds light on a narrative most often not told through the proper lens. “Each artist is showing how they’ve considered their experiences, while maneuvering in America, all the while looking at its dark history,” Terrell says.