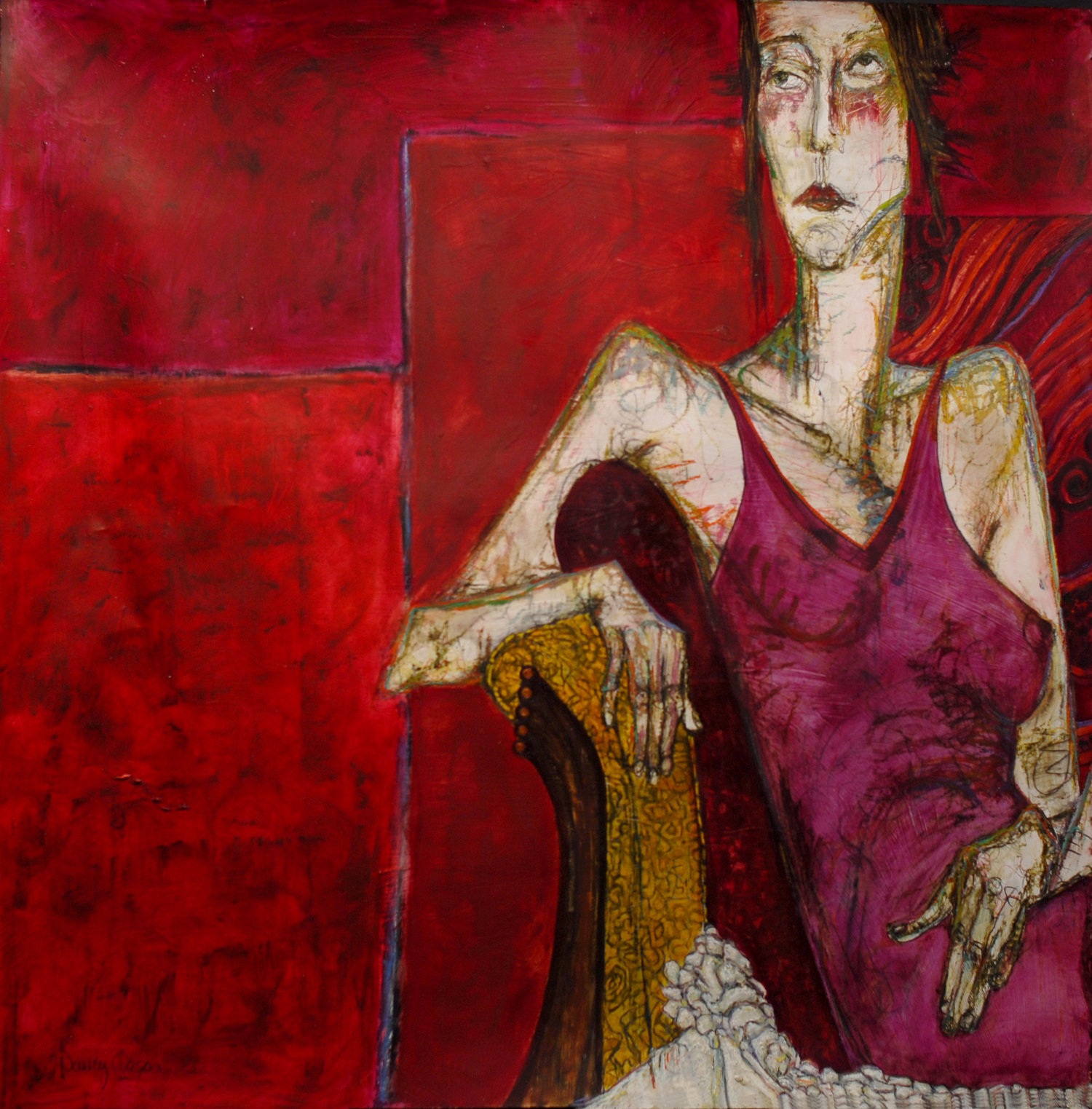 The more I look at the paintings of Nancy Rosen, the less they seem appropriate for Frankie, the character created by actress Lily Tomlin for “Grace and Frankie.”  Rosen’s figurative paintings were selected to fill the gallery for Frankie’s exhibit in the first episode of the third season of the Netflix comedy series. Similar to the fictional artist, the paintings are gutsy, earthy and walk the line between sorrow and humor, defiance and defeat. But unlike Lily Tomlin, Rosen is not performing for laughs. Her paintings document a struggle for identity in contemporary urban America where women are not necessarily wives, mothers or schoolteachers.

All of Rosen’s work is based on figurative life drawing, mostly of adult women between the ages of thirty and sixty. Mostly these figures are as edgy and scrawny as those drawn by Egon Schiele. There’s a choreography of bodies that’s not about the rectangular sheet of paper beneath it any more than a dance is about the stage on which it is performed. 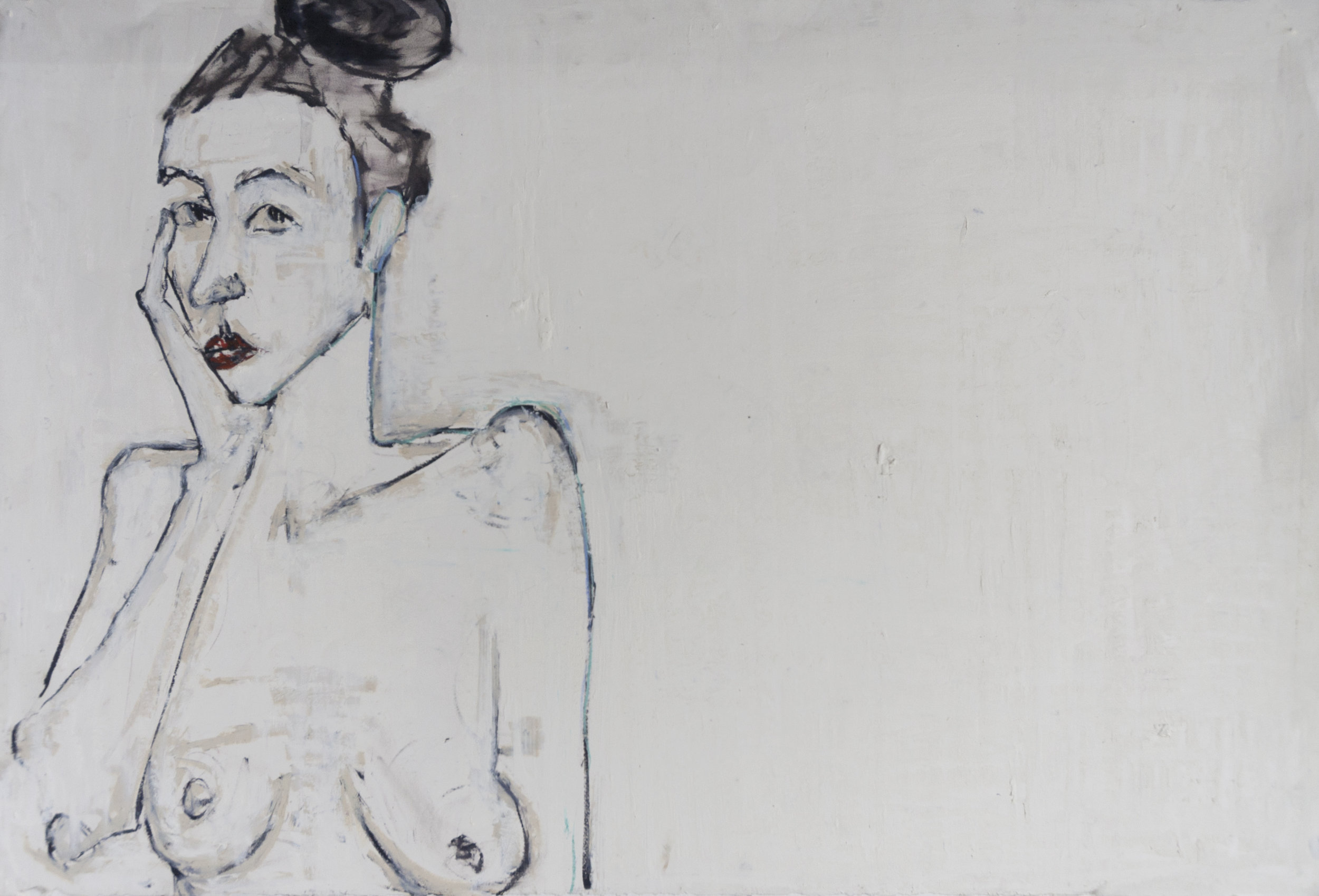 There are occasional suggestions of sexual interaction. A coy, smiling woman places her hand on the thigh of a nude man, or turns aside as a disembodied hand touches her bra strap, or gazes cautiously into the eyes of another naked woman lying beside her. Usually, however, these figures are interacting only with the viewer.

I recognized the dreadlocks and lanky legs of one very popular model who recently moved to Colorado. Whether recognizable or not, however, none of the pieces are titled, and all of them reflect the hand, mind and aspirations of the artist herself as a tough but sensitive survivor. A little crazy—a little bruised and bent, but never broken—defiantly elegant.

The drawings have been built around stiff, angular contour lines that reflect brittle impatience rather than the sensuality of human form. There is no more pictorial space than one might find on loosely hung fabric. Paint has been applied to gessoed paper with oil sticks or fine brushes—creating a stressed, weathered surface that recalls the wax and dye techniques of batik. Traditional fabric art is also suggested by the delicate, ornamental patterns that fill the area outside the figures and complement them. These paintings are not windows into an imaginary world. They’re more like tattoos that move, along with the artist, through daily life.

Facial expressions range from goofy to puzzled to confident to content. In one piece, the face expresses dismay. The female figure is crouched and cowering—assaulted by disembodied, intrusive hands. As with many other Rosen figures, her hands are quite expressive, with the long, bony, grasping fingers of a tree frog. There is a breezy character to most of this artist’s work that would be appropriate for a sophisticated cartoon. You’re never overwhelmed by either aesthetic or narrative. But this piece expresses terror, and it’s my favorite piece in the show. Frankie could never have done it.