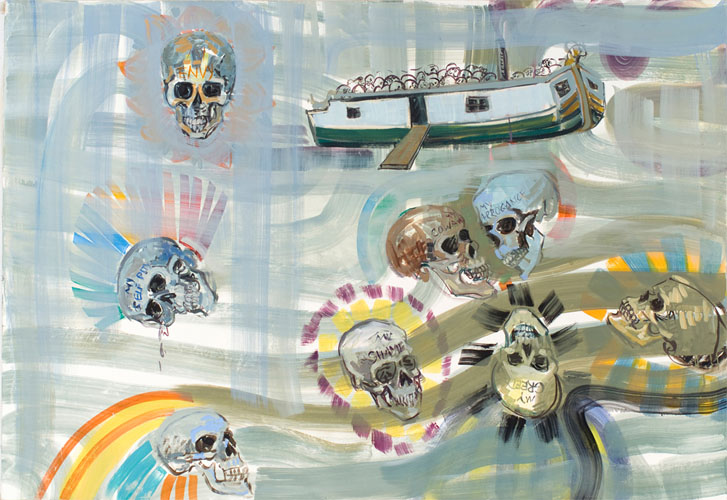 Artists are always shaping their tombstones: every work made, every fragment discarded is a future epitaph. Some are somber, some joyful. Collectively, they are the measure of their makers.

Which is why throughout “Deborah Boardman: Painter, &” at the Hyde Park Art Center, one never gets the sense that they are confronting an artist who felt sorry for herself, even when she had every right to. Boardman’s last works are as colorful and inquisitive as the earliest oils in the show. They’re infused with a light touch, gestural freedom and a sense of spontaneity, as I imagine Boardman herself was. 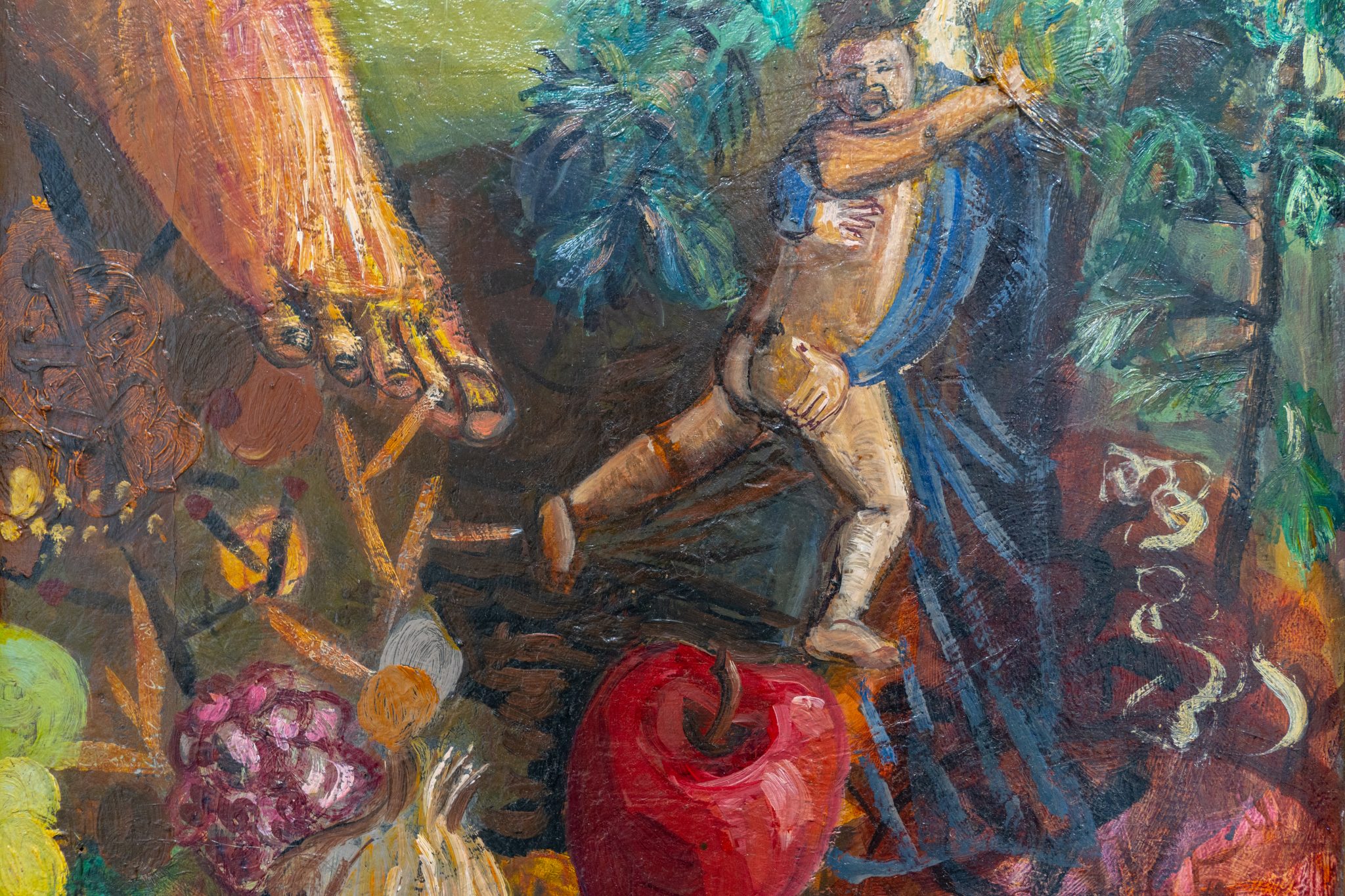 For an artist whose practice was as expansive and generous as hers, little can be summed up in a few hundred square feet. Curator Jessica Cochran admits as much, describing the exhibition as an “impression,” the beginning of a deeper understanding of the painter’s oeuvre, not an authoritative statement. It’s a wise approach, and while the show is roughly chronological, there’s a marvelous degree of stylistic unity across the thirty-odd years of making on display.

From the earliest paintings such as “Fish Princess” in 1986 to 2010’s “Little Girl Playing Cards” the figure, or its implied presence, foregrounds the works. Boardman’s approach to color is clear from the start, titled toward blue-greens, and there’s a consistent engagement with the religions of both the East and West. 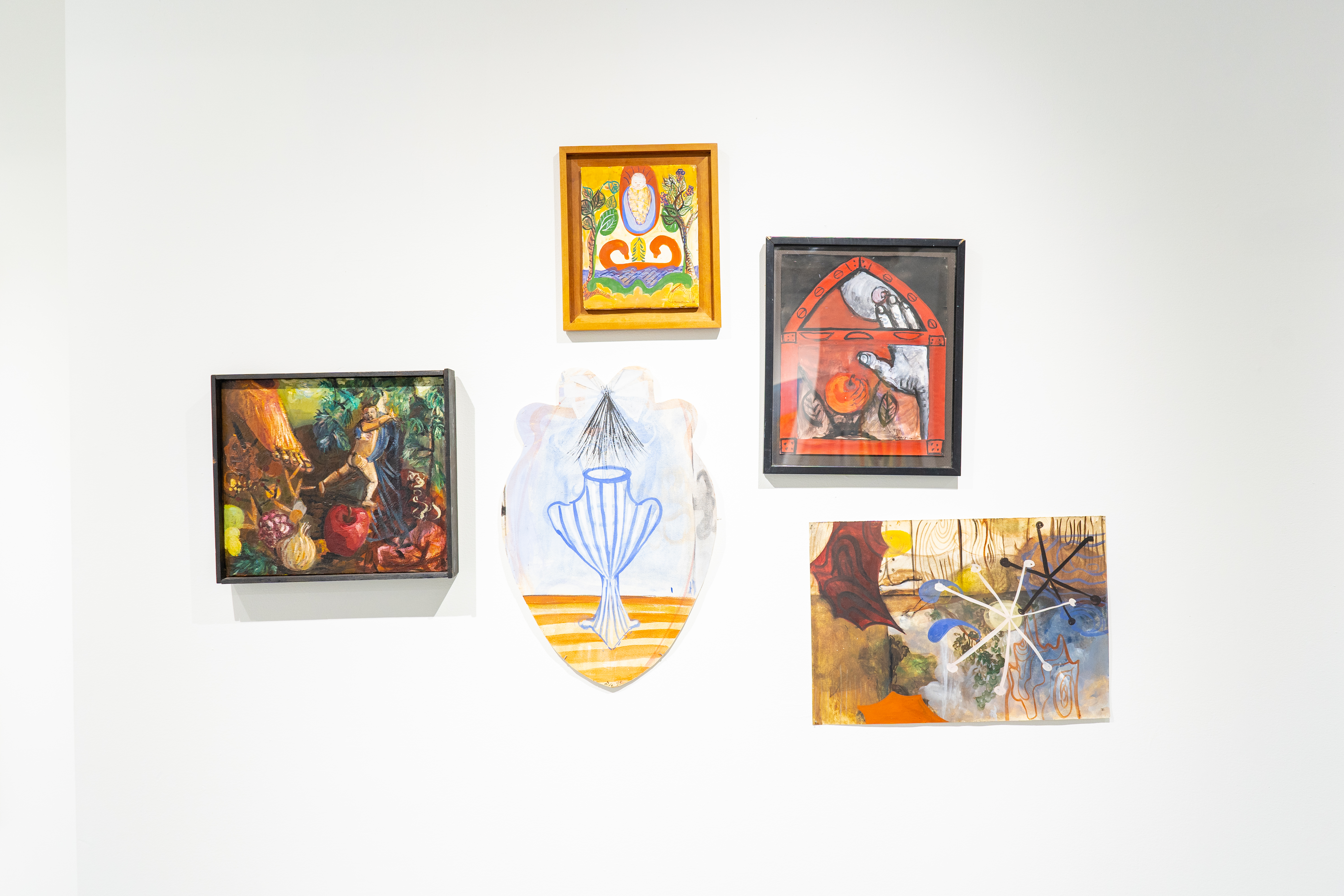 The standout works, though, are Boardman’s painted books, journals and related ephemera. Beginning with her “Stations of Mary” in the late 1980s to 2013’s “Magnetism,” a meditation on color and pattern that literally shimmers with silvery iridescence, Boardman pursued bookmaking and journaling with vigor. An interest in fault lines and ley lines, the mystical and the mundane are all filtered through the creative alembic of these pages. Flipping through any one of the dozens of books on display feels like a direct encounter with the mind of the artist. 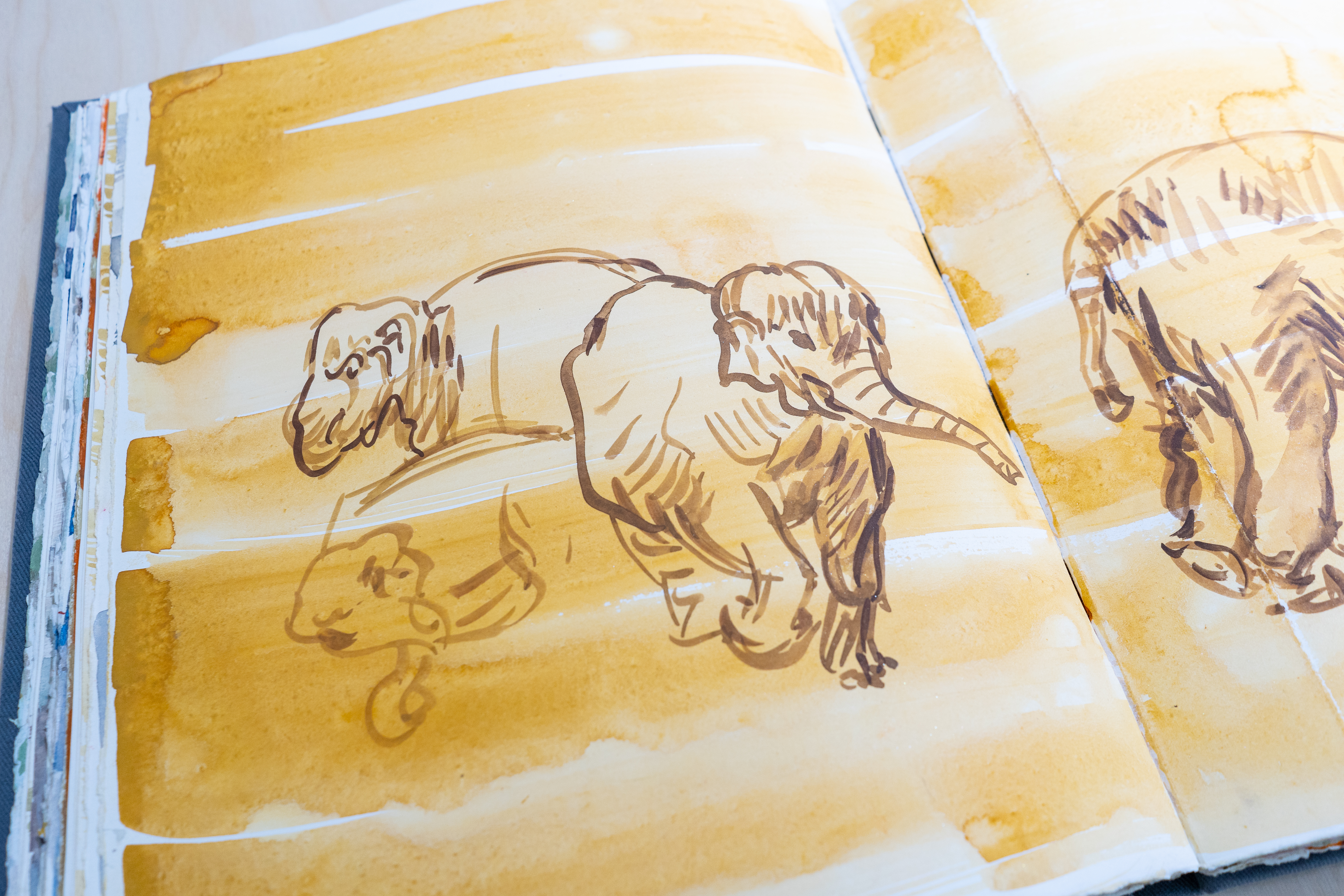 In contrast, Boardman’s paintings move a little faster. Hung in small clusters throughout the space, many of the surfaces are thin, fluid and provisional. Her palette remains bright and pleasant, even when the text that adorns their surfaces are not. A quote from Samuel Beckett— “I Can’t Go on. I’ll Go On”—features prominently, and was also the title of her final exhibition before passing. Self-criticisms, admonishments about greed, envy and self-pity abound. Cathartic perhaps, it’s hard to know what to make of them.

A painter friend of mine was fond of saying “Art is short, life is long,” an inversion of Hippocrates’ famous aphorism. In contrast to what the Greek physician claimed, in his experience, most artists outlived their inspirations. Unfortunately for us, Boardman did not outlive hers. As “Painter, &” demonstrates, the curiosity and connection to community that drove Boardman remained vital up until the very last.

[…] Alan Pocaro recently left a review of the exhibition “Deborah Boardman: Painter, &” full of positive praise. Outright you can judge that what the Mr. Pocaro liked was the “light touch, gestural freedom” and “sense of spontaneity”. Pocaro acknowledges and seems to enjoy the consistent use of greens and blues and other cool colors that dominate the many paintings of the exhibit. The consistency of the art that spans decades is also enjoyed by the critic. Pocaro also described with praise the artists so called mixture and filture of the “mystical and the mundane” who feels that “Flipping through… Read more »