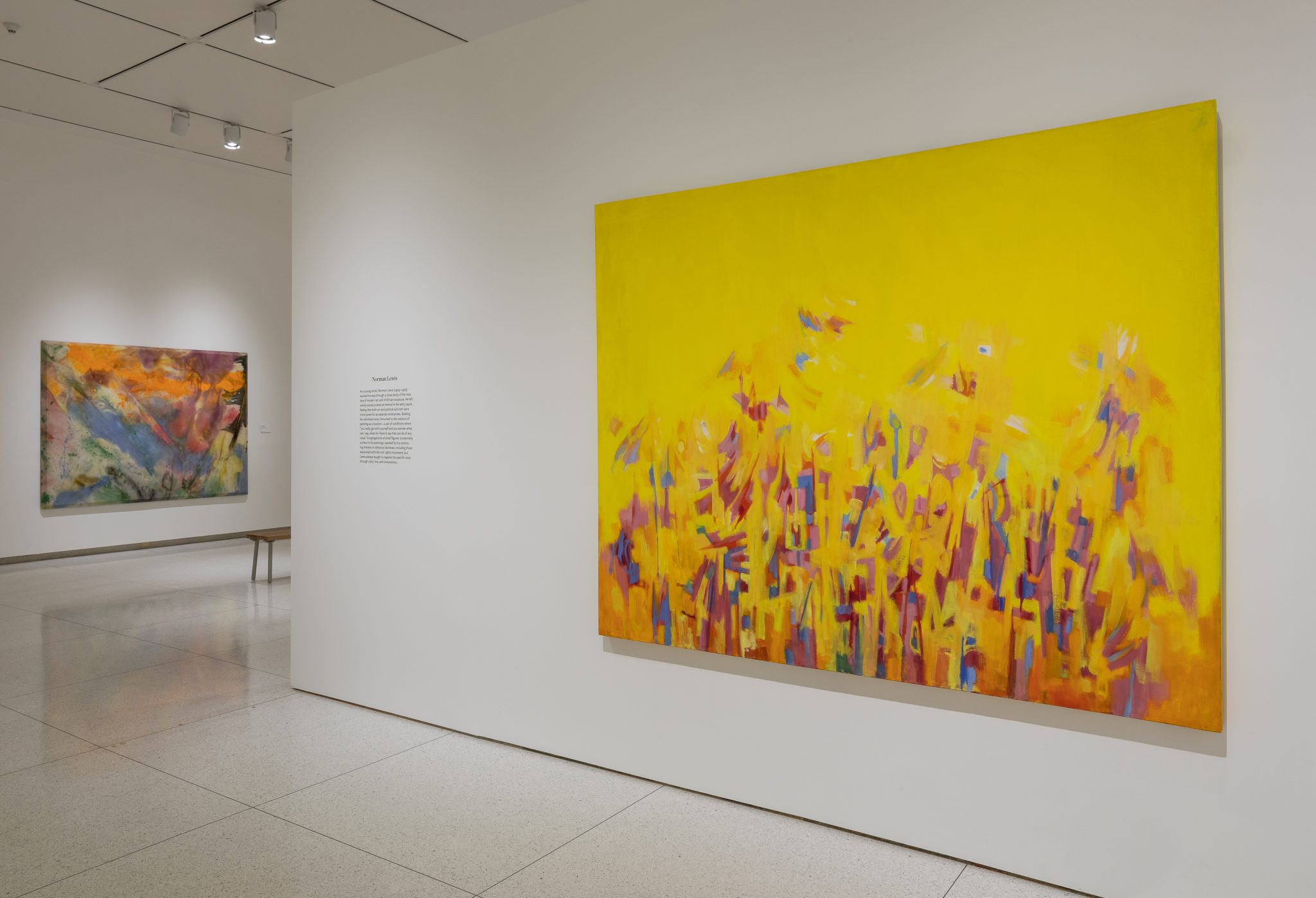 Pamela J. Joyner is a “mission-driven” collector of abstract art by African-American artists. “For a long time, the art world wanted black artists to do black subject matter. Art was a political tool” is how she puts it. “People were viewed as not part of the struggle if they were doing abstraction… It’s no less ambitious than an effort to reframe art history… to include more broadly those who have been overlooked—and, for those with visibility, to steward and contextualize those careers.”

If you stroll through the contemporary art galleries of the Art Institute of Chicago (of which she is currently one of seventy trustees), you will find dozens of abstract paintings and sculptures by American artists who might identify as white. You will find zero abstract sculptures by those identifiable as black, and only three paintings. There is one each by Ed Clark, Jack Whitten and Alma Thomas—all of whom were born before 1940.

The museum shows much more modern and contemporary art with identifiably black subject matter, so that appears to be what the art world still prefers. Surprisingly, this national traveling exhibition, now installed at the Smart Museum, continues that trend even though it is based on the collection that Joyner acquired along with her husband, Alfred J. Giuffrida.

The exhibition opens with “Afternoon” (1969), an ecstatic, late-career abstraction by Norman Lewis. It’s a spectacular celebration of summer by the artist whom Joyner calls “Adam… the genesis of the collection.” Lewis began his career as a social realist and intermittently remained one. But only one of his six other paintings in this exhibit, “Circular Procession” (1953), has anything like a recognizable figure. The exhibit continues with eleven abstract paintings by Sam Gilliam (b. 1933). Sometimes it feels like Gilliam experiments with materials only for the sake of experimentation. When he “liberates” the canvas from the stretcher bars and hangs it like a towel from a hook, I can think of so many other patterned fabrics that would look better falling into folds. But “Streak of Lightning” (1986) is an over-the-top pastiche of patterns and textures on a dynamic assembly of stretched and shaped canvases. Its enthusiasm for visual joy is infectious. Such overachievement, high energy and lush sensuality may once have characterized the aesthetic of African-American identity, but sorrow, anger and alienation have now become more dominant, and the show continues in that direction.

Samuel Levi Jones (b. 1978) works with deconstructed law books to “call into question the authority and institutional power” of such objects. Whether or not the world would be better if all law books were so destroyed, he has certainly fashioned their pulp into some understated and hauntingly beautiful paintings with lumbering rows of rectangles in muted colors. The paintings by Serge Alain Nitegeka (b. 1983, Burundi) also work with rectangles, but they appear more like obstructed doorways, expressing the fear, anxiety and frustration of involuntary emigration. They are powerfully graphic statements. 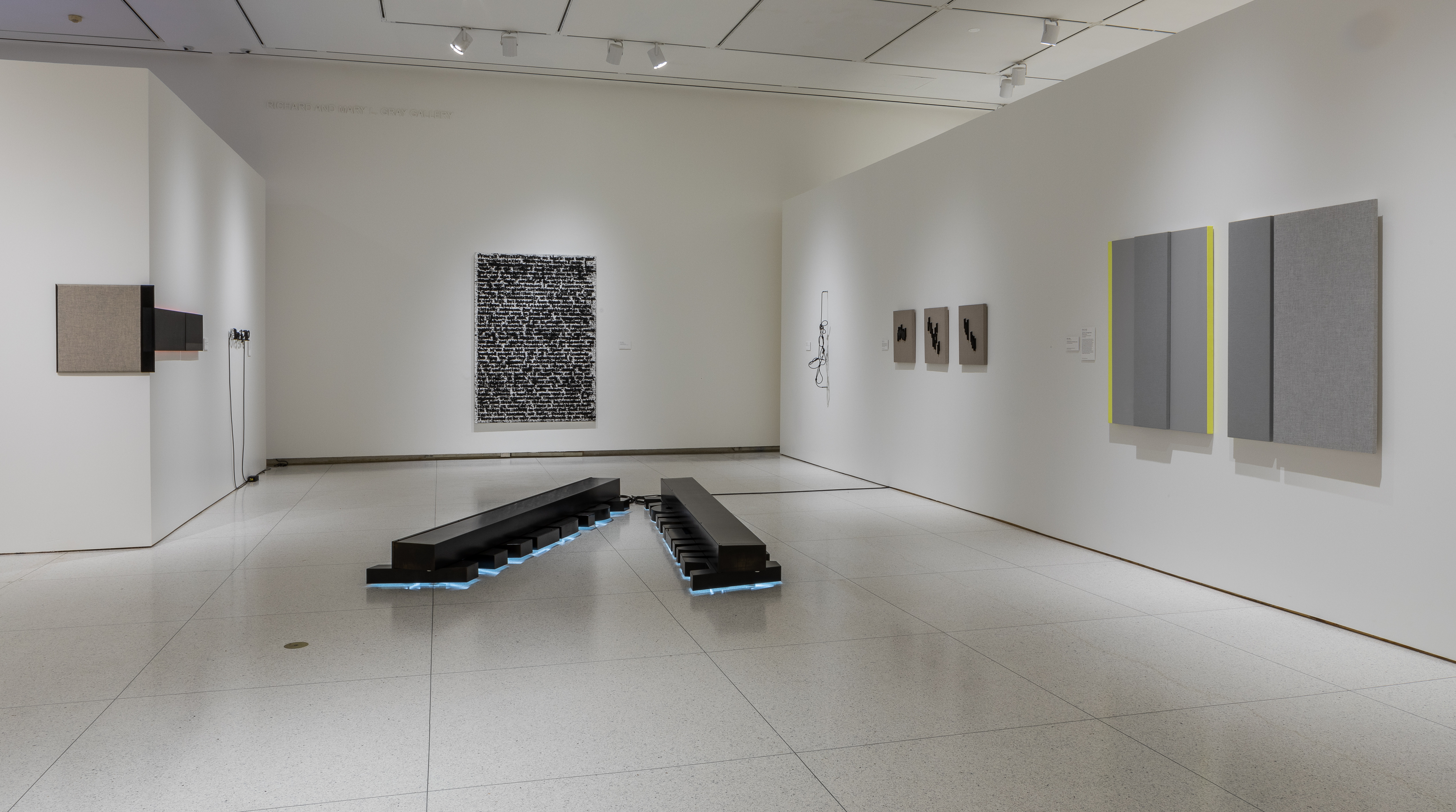 The abstract sculptures by Melvin Edwards (b. 1937) contrast well with the work (not shown) of his local contemporary, Richard Hunt (b. 1935). Both artists work with welded steel, but while Hunt celebrates the indomitable individual, the spikes and chains in many of Edwards’ pieces recall the pain and cruelty of slavery. Both expressions seem combined in the work of a younger sculptor, Leonardo Drew (b. 1961), especially in the explosive “No. 185.” It’s as if the black wooden boxes of Louise Nevelson were loaded into a cannon along with tree limbs and other debris, and then blasted into a wall. Expressing both anger and triumph, it is exquisite in detail.

Half of the artists in this show could not really be called abstract unless, as gallery signage suggests, “abstract” is “broadly understood” to include everything. Concept overwhelms visuality to the extent that their work is banal and incomprehensible without some verbal context, usually racial-political. These artists are more often called conceptual, while one painter-printmaker from Great Britain, Lynette Yiadom-Boakye (b. 1977) would best be called figurative, in the observation-based European tradition. By the way, she is very good at making large, alla prima oil paintings of imaginary characters based on photographic sources. Framing the exhibition at the exit is an installation by Amanda Williams (b. 1974), commissioned by the Smart Museum. Its red carpet, red cracks in the tile floor, and map of Chicago are explained by a concern for redlining, a mid-twentieth century practice of racial bias in the mortgage loan industry. 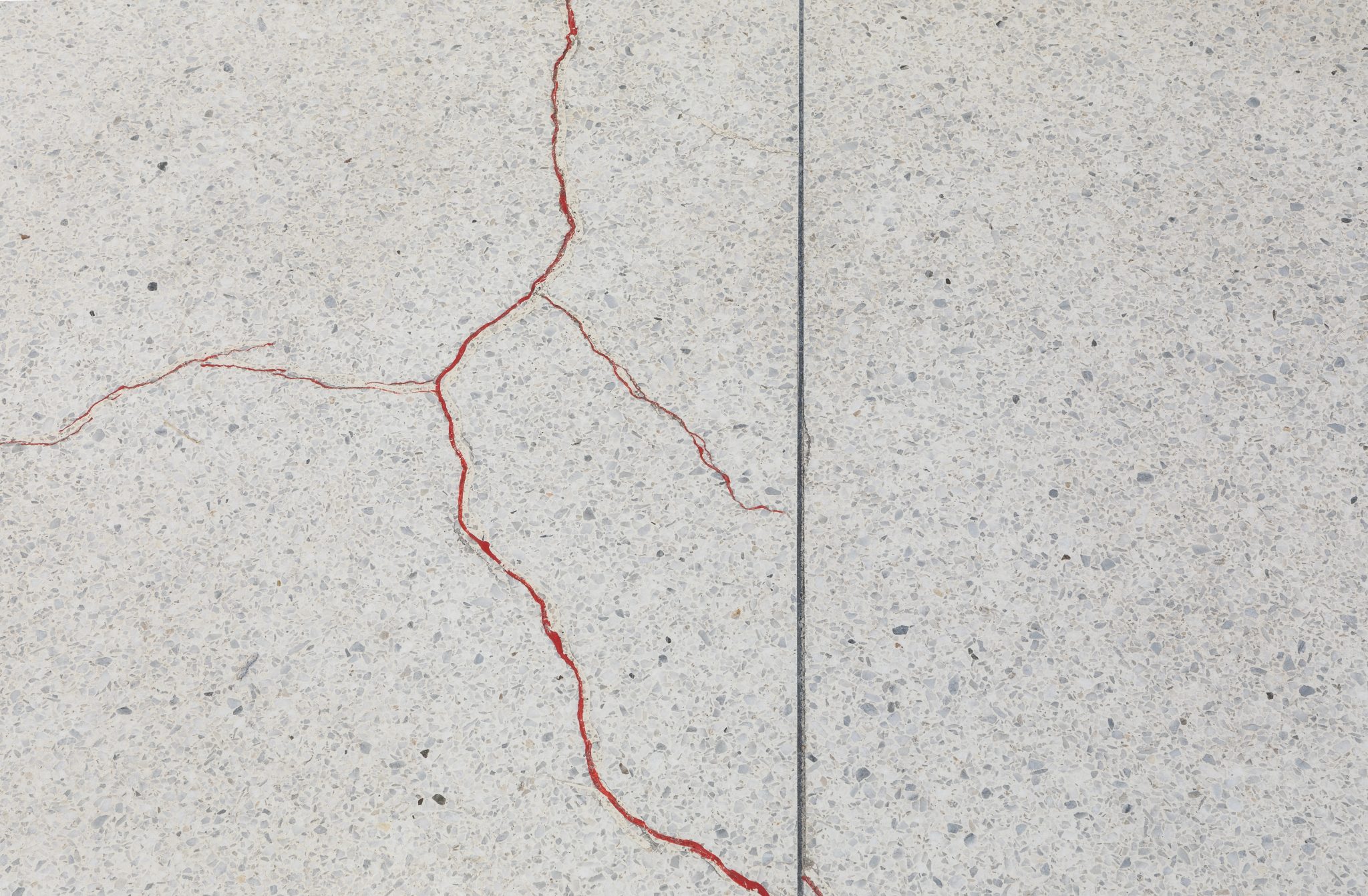 Amanda Williams and collaborators, “Follow the Fair Weather Roads,” 2019, Red enamel paint, found floor cracks. Courtesy of the artist. Commissioned by the Smart Museum of Art, The University of Chicago, for its presentation of “Solidary & Solitary: The Joyner/Giuffrida Collection.”

So “Solidary and Solitary” delivers a rather mixed message while it is “undoing the binaries of abstraction and representation, critique and celebration of the black image.” It confirms the importance of the celebratory, abstract art made by artists of African descent who worked in the 1950s and 1960s. But unless younger African-American artists identify as black and project a strong political critique—principally of grievance—they are not likely to interest major private collectors like Joyner/Giuffrida or institutions like the Smart Museum.

That’s just the business and theory of art and racial politics. What’s really important here are the paintings and sculptures. There are many impressive pieces that never have been seen in Chicago before, and possibly will never be again.

“Solidary & Solitary: The Joyner/Giuffrida Collection” through May 19 at the Smart Museum of Art, The University of Chicago, 5550 South Greenwood.