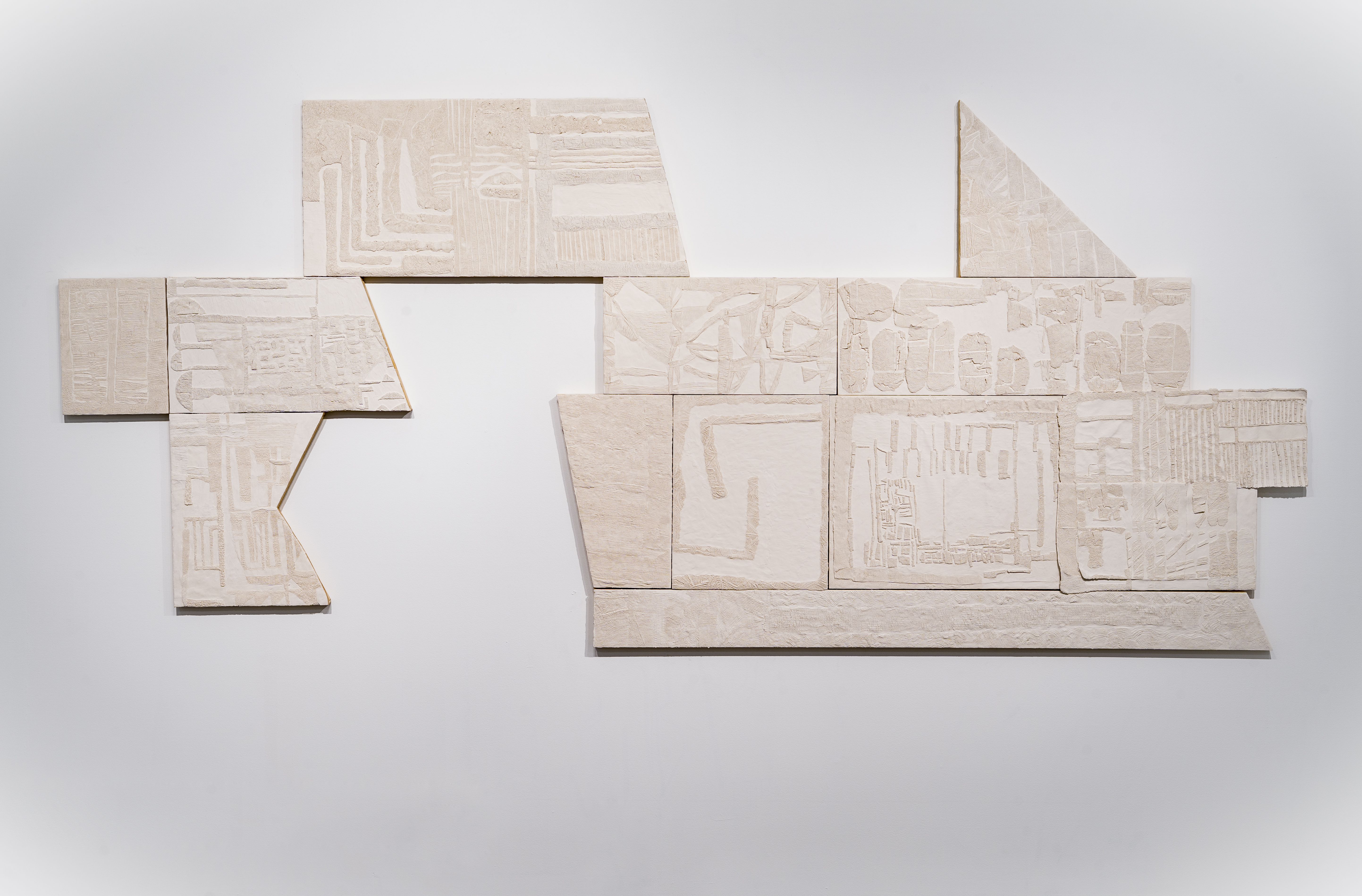 The exhibition “Temporarily Removed” at Chicago Artists Coalition comprises a body of work by SaraNoa Mark that emerged during her BOLT residency. Mark moves the viewer through an assemblage of sculptures, reliefs and objects, using each axis of a 334-square-foot gallery space as a line of archaeological inquiry. The exhibition guides the viewer to consider how time marks the earth and what becomes of materials once they have been extracted from their places of origin.

As a co-director of the 4th Ward Project Space and an employee of the Oriental Institute of the University of Chicago, Mark spends a significant amount of time on gallery floors and guarding what, in the midst of preparing for the museum’s centennial, is a collection of empty exhibition cases. Mark’s experience of protecting absence has heightened her sense of the strangeness of the presence of the museum’s artifacts thousands of miles from their points of extraction. 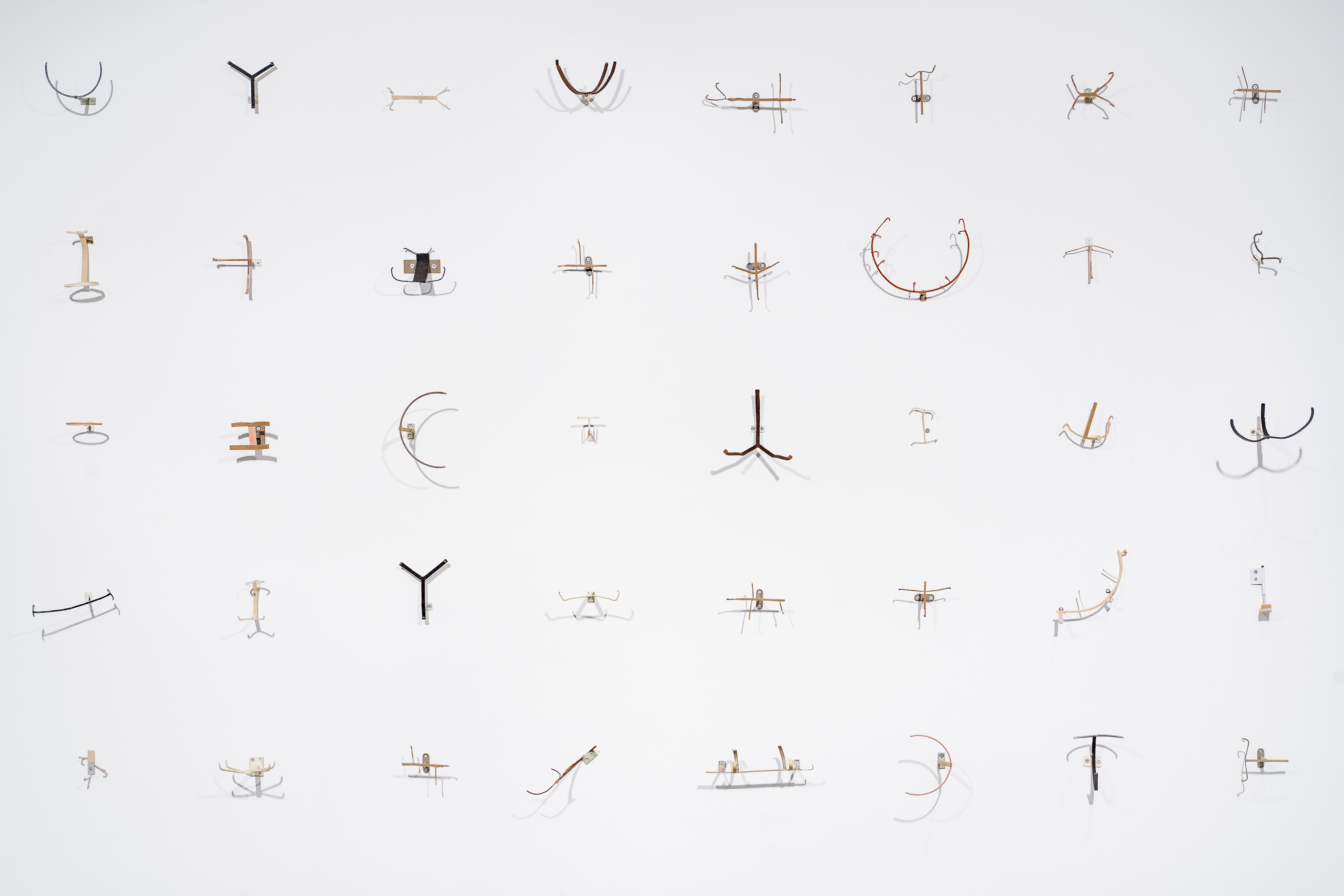 Born and raised in the Bronx, Mark moved to Chicago after spending several months visiting European museums and archaeological sites supported by a grant from The John Anson Kittredge Fund. Intrigued by geological time and its effects on land, Mark began collecting parts of the earth as she traveled, like rocks and samples of sand. She began to question where the human desire to collect land originates.

In the first moment of the show, we are presented with some of these sand samples from across the world on a long carved table displaying precious ceramic squares containing samples grouped by either geographic location or political themes. Sand from Giza, Egypt; the West Bank, Palestine; Iraq; Ground Zero in Nagasaki, Japan; southern Vietnam; and Indiana sand mines have made their way to Chicago’s West Town neighborhood, either through the artist’s own hand or through her interactions with sellers on eBay. Although rooted in a local context, the work couples artistic gesture with global trade flows, setting the ideas of definite borders and the specificity of place against the predatory practices of neocolonialism and the portability of objects.

Mark’s interest in the materiality of sand and its movements begins to trace outlines on a map charting the invisibility of the online marketplace—whether it be for sand or artifacts. In a series of photographs of correspondences between Mark and the “sand sellers” in the accompanying exhibition pamphlet, each vendor validates stories and the authenticity of the sand sent to the artist—a subtle yet effective performative gesture that reveals the hesitation for a proof of authenticity and the blurring of the absent artifact, removed from its original context.

The exhibit draws a precarious relationship between record, history and material. Both material and immaterial components of heritage come to the fore in the fragmentary presentation of the wall-mounted sculpture titled “Spells for keeping the soul attached to the body.” A strange configuration of geometric carved paper clay reliefs made out of a repurposed temporary wall from the Oriental Institute point to no particular place or time, while its shape directly references the Nespekashuty tomb fragment from Thebes at the same institution. Mark sees the construction of history as fragmentary; a collectively built imaginary, replete with missing elements, incidents and incongruities. Many elements in the exhibit, whose material traces can be found in the urban tissue of Chicago, make cultural history universal, as they have been stripped of context and re-presented in a gallery. 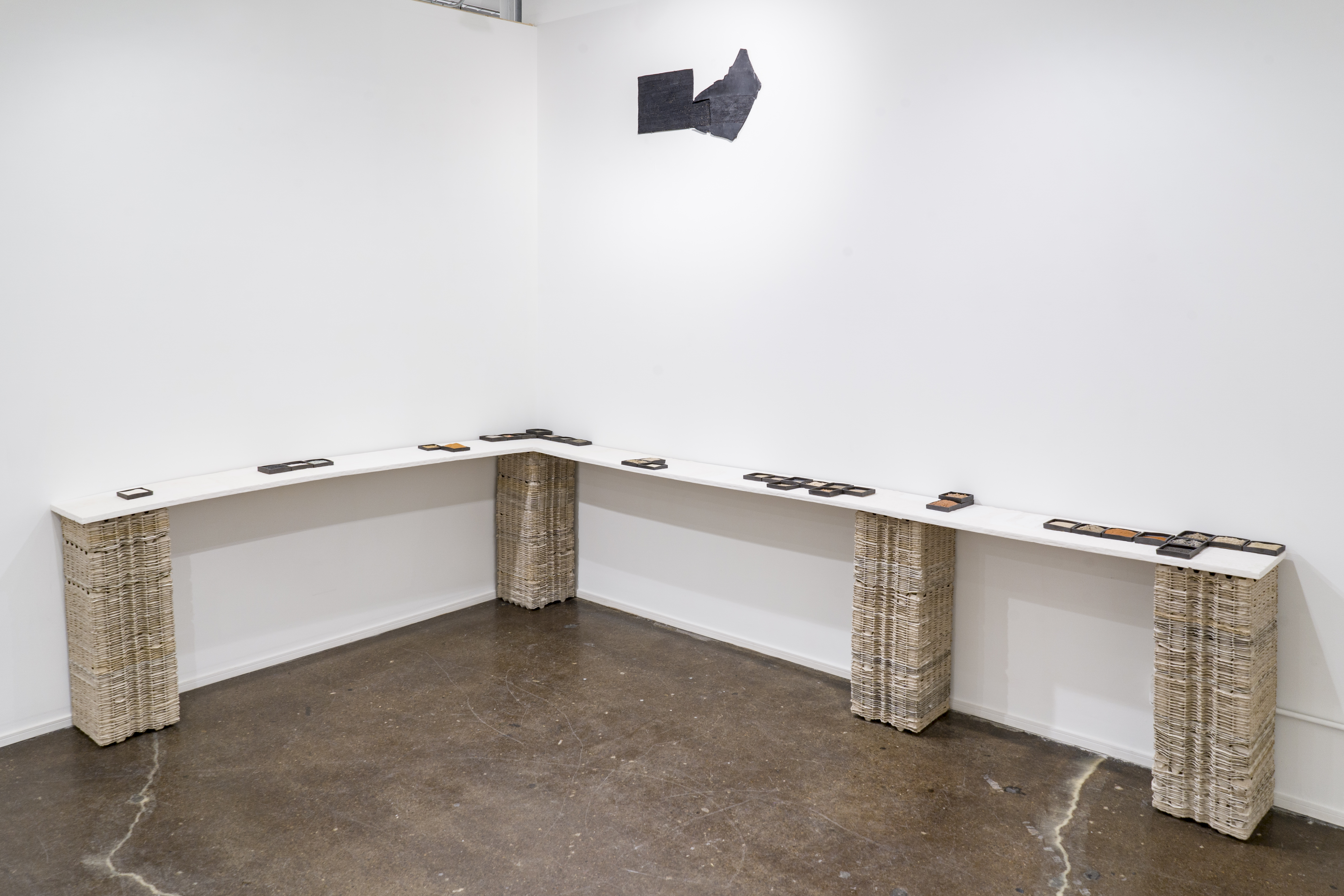 Another piece taken with the issue of museum collections is a wall with equidistantly placed wire mounts that had been used to hold artifacts in museum displays. Devoid of the physical objects they were designed to support, the installation spells out a disjointed story with incomprehensible alphabets. In an exhibition that looks at presence, absence and the routes inherently charted by an artifact, Mark comments on issues vital to the formation of the institution itself. Permanence, transience and traces begin to emerge as references that run across the exhibit. In the bodily action of repetitively marking clay paper surfaces with a set of seven carving tools, the kinetic ability of the artists’ body to remember physical, psychological and, importantly, social habits and the systems they impose become clear. The minutiae of detail on the carved tables, reliefs and sculptures can be attributed to a hand that could be both exquisitely practiced and possessed. Mark’s gestures across varied surfaces speak to a need to resonate and transfer traces of invisibility, suffered by culture or community, while standing as record to the artist’s inconspicuous gestures within a specific moment in time in the studio.

By drawing awareness to the phenomena of extraction and recasting of objects in new geographic and political contexts, Mark foregrounds the growing tensions between the tightening of borders and an ever-intensifying movement of global human and material flow. The exhibit points to what is accepted, rejected, appropriated and distorted in the institutional framework and prompts us to consider the continuum between the seemingly innocent act of collecting a rock and the larger implications of cultural and land appropriation as destructive colonial industries. Mark allows for an experience to be developed, deconstructed and reworked by viewers that reflects on our conscious and unconscious refusal to analyze schemes of repression in our daily social structures. (Pia Singh)