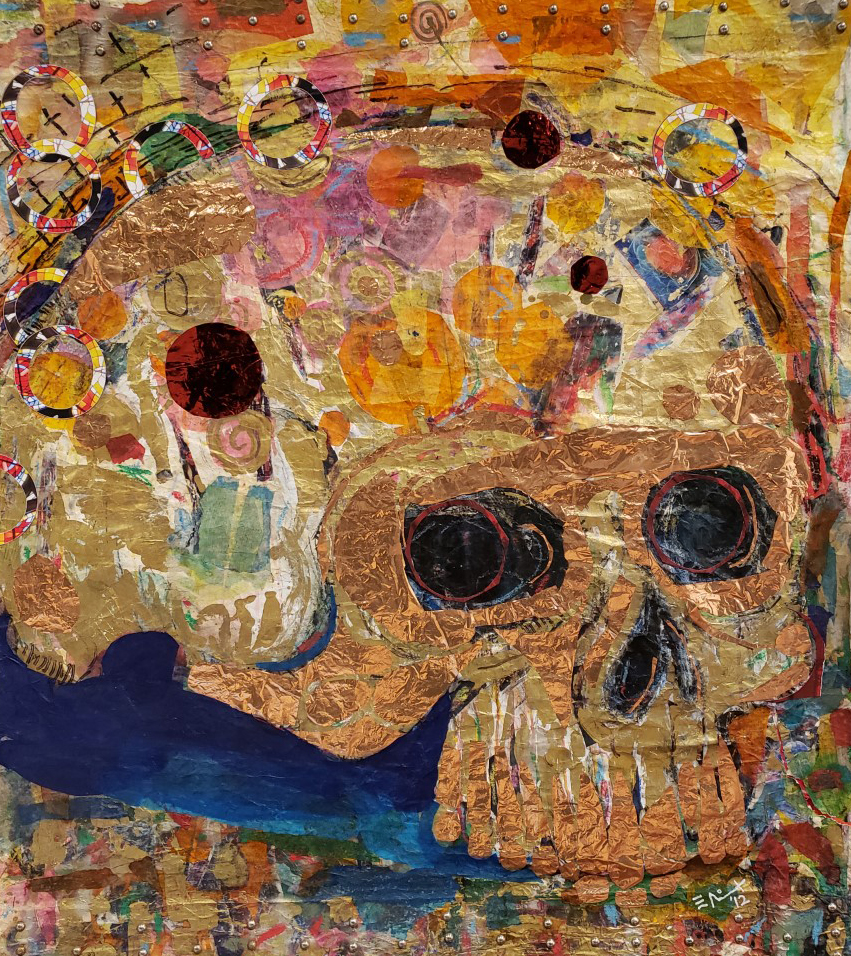 E. Nix, “Heroin: The Musical NOW IN 2D,” 2012. Mixed media collage with Tyvek and Mylar. Courtesy of the artist

“Heroin, the Musical, NOW IN 2D” (2012) is the outstanding piece in this exhibition. Depicting a menacing yet festive human skull floating in a psychedelic soup of rainbow colors, it is equally attractive and repulsive. Its powerful shape commands attention across the room, while up close, it offers depth, texture and atmosphere. Whether or not its creator, Chicago artist E. Nix, ever abused the drug, he is apparently familiar with its consequences.

An equally colorful human skull is at the center of “Daisy” (2018) as painted by Robert Johnson, the other local artist in this show. This skull is much more cheerful and engaging, as if these congenial mortal remains are eager to make your acquaintance. Informative gallery signage by curator Faheem Majeed tells us more of this artist’s personal history. Creating art while struggling with addiction early in life, he returned to Chicago in 2017 and resumed painting as a kind of therapy.

Both artists express their own personal struggles. Nix is on a quest that draws from many spiritual traditions. One hanging scroll references Tantric yoga from India. One painting, titled “Floating Annihilation,” references Sigmund Freud, another Carl Jung. Both are complex, mysterious and uncomfortable. Applying skills he learned from the late Chicago decorative blacksmith Erwin Gruen, he has created two life-size iron-forged statues. “Angels of Underground” is a fleur du mal that seems to reference some kind of death cult. The other piece follows the path of traditional sculpture from the Congo as well as Walt Disney and American pop art. Titled “Nkisi: Post-modern Pinocchio: a self-portrait” (2018), it’s a remarkably self-critical presentation of the artist as an immature young man. 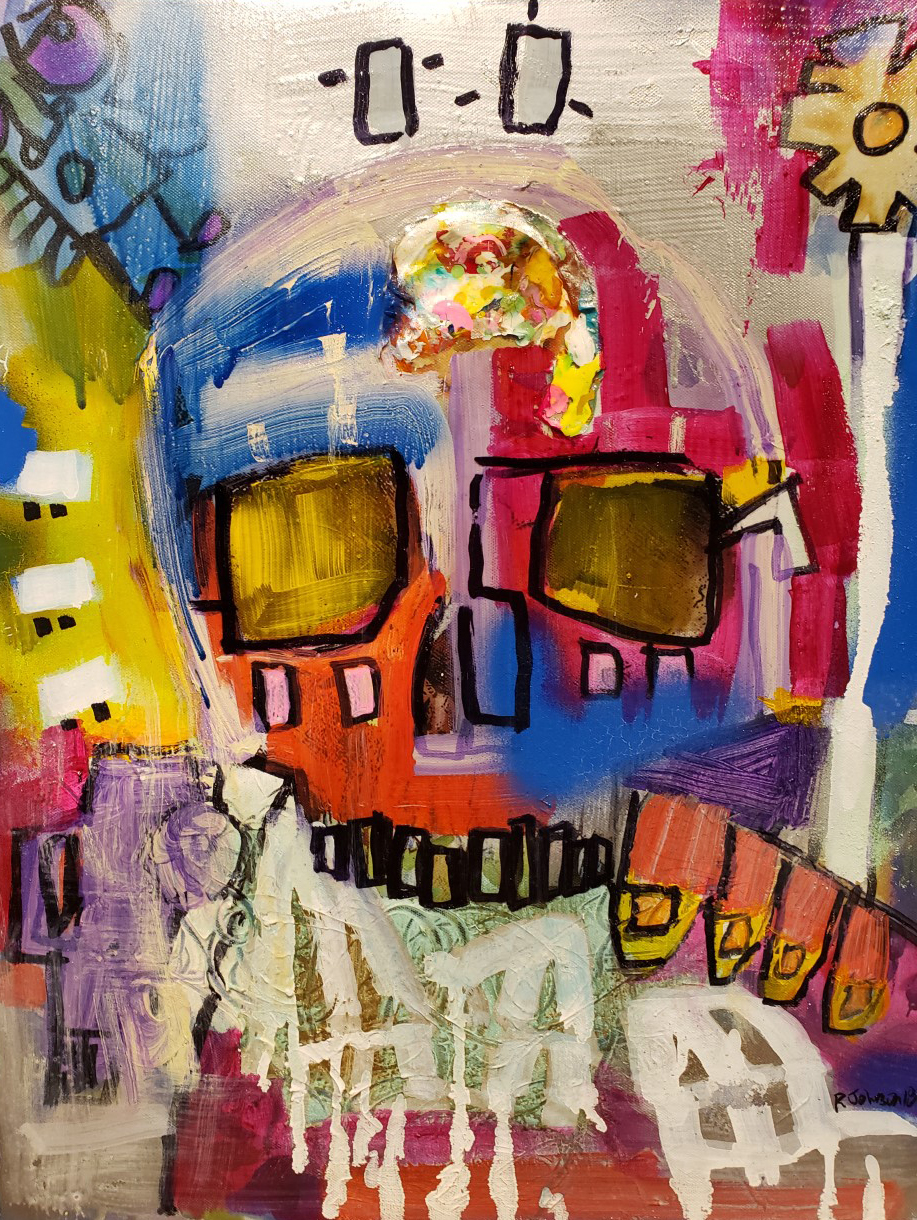 Robert Johnson, “Daisy,” 2018. Spray paint and acrylic on canvas. Courtesy of the artist

Johnson appears more concerned with the common challenges of daily life: job and family. In “Tumbling House” (2006) he depicts his rocky domestic situation behind the glass of a wood-framed window he has salvaged. Everything, including the window, is falling apart. As he gives the scene a sense of order and proportion, however, his struggle becomes universal and we can move beyond it together.

Alienation and nihilism are often themes of contemporary art—much of which is done by and for those who were born on or near third base in our highly competitive economy. These two artists may have grown up several miles from the ballpark, but both appear positively engaged and purpose driven. They offer a sometimes humorous and always candid attitude toward their struggles. Their work has been collected by Diasporal Rhythms and other African-American collectors in Chicago but has yet to enter the mainstream art world. (Chris Miller)