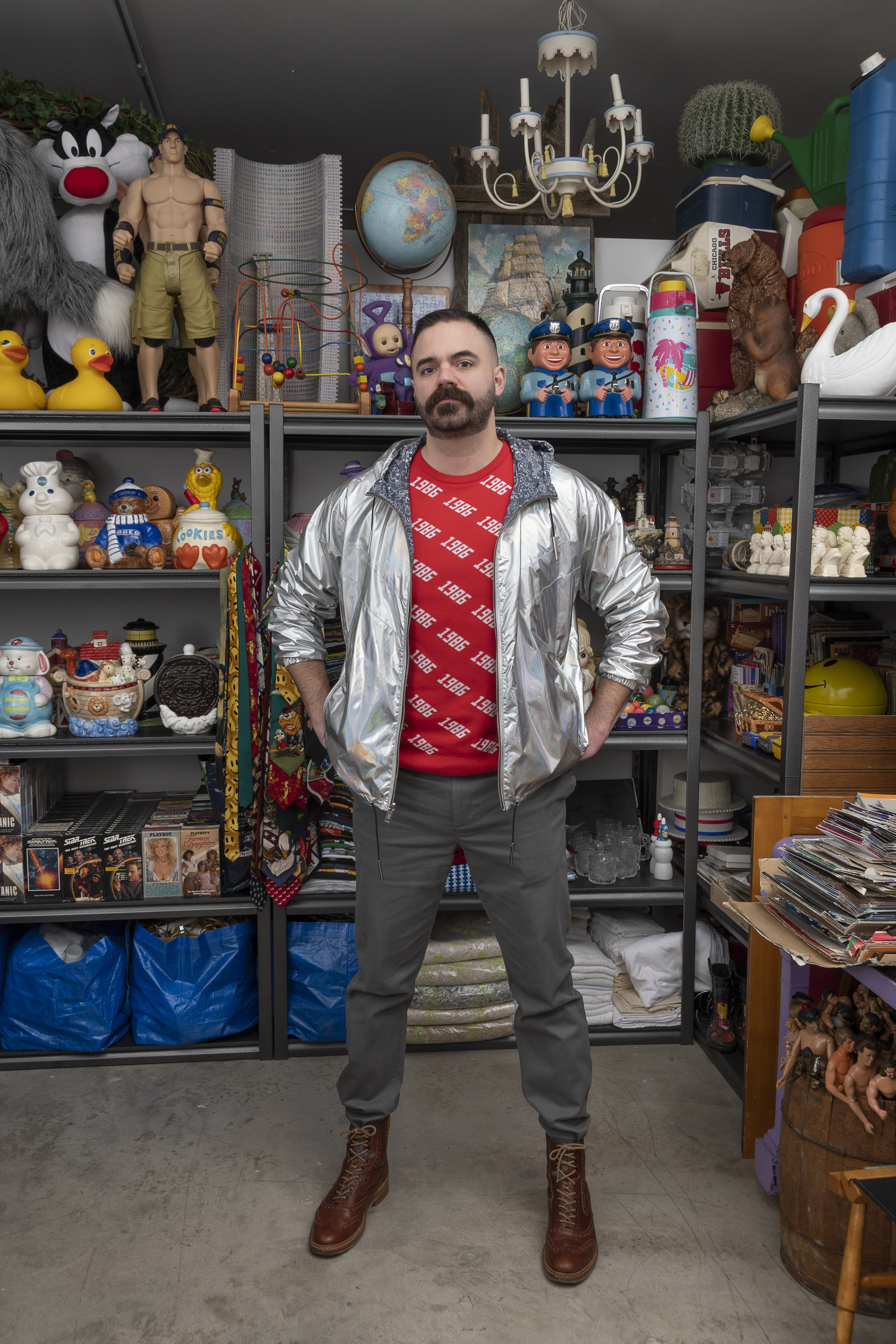 “I come from a typical Québécois family; a French-speaking, white, Catholic and working-class family,” says Benjamin Larose. “We lived in a fairly homogenous community and by default, we held rather conservative views. I remember how news coverage of the annual gay pride parade prompted us to mock homosexuals and how shocked my classmates and I were to find out our fourth-grade teacher was married to a black man.” It was soon thereafter that he realized he didn’t behave the way boys were expected to behave. “I was barely eight years old and deep down I knew boys weren’t supposed to enjoy dresses or Barbie dolls,” he says. “Through adolescence, I became extremely self-conscious and increasingly more private. I systematically watched myself for crossed legs, limp wrists and excessive hand gestures.”

Larose found himself walking on eggshells so as not to raise suspicions about his sexual orientation. And then something happened: When he was fourteen his father took his little brother and him to see “Titanic.” “It was a profound experience for me,” he remembers. “The story encapsulated everything I had struggled with over the previous months: impossible love, societal restrictions, injustice and loss.” 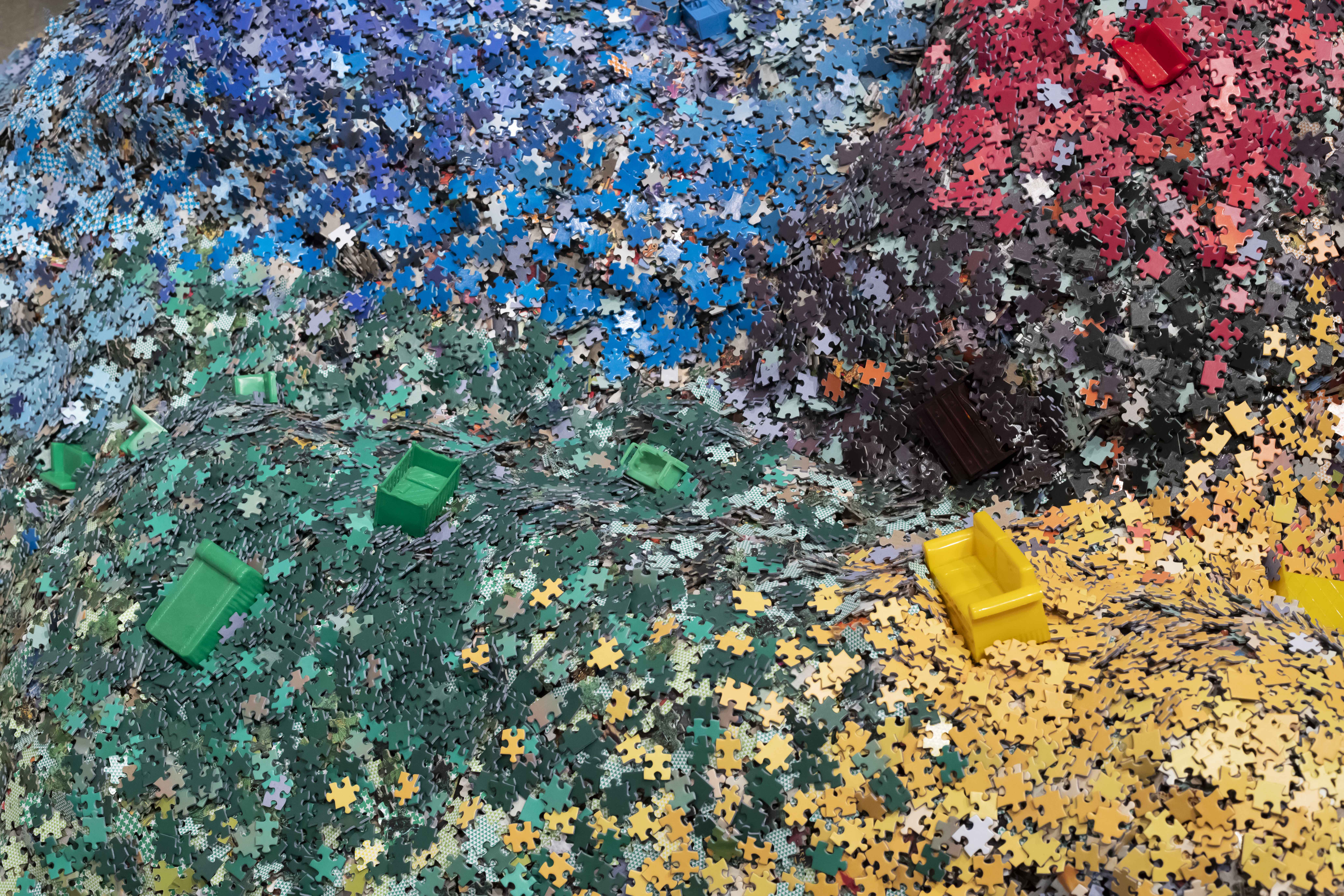 Larose distinctly remembers what followed. “For the first time ever, I felt an urgency to create,” he says, explaining how he started building a model of a ship—his version of the Titanic—using whatever he could find around the house: empty cereal boxes for the decks, toilet paper rolls for the chimneys, toothpicks and string for the railings. His love of collecting took over his bedroom—a safe space where he could be himself—and later his studio.

“As I struggled with my sexuality through adolescence, my relationship to objects intensified—surrounding myself with things brought me a deeper sense of comfort and security,” he says. “My work borrows from the language of American commodity and material culture to engage the viewer in a broader conversation about consumption, but also about identity and normality, specifically as it relates to gender and sexuality.”

Using 1990s vintage memorabilia, household items, books and toys, Larose asks: How do we become who we are? What does it mean to be normal? And how do commodities and material culture impact identity development? Working between fashion, sculpture and installation since he graduated from the School of the Art Institute of Chicago, where he’s currently a lecturer, Larose describes his work as “sculpture with a fashion DNA.” “The zeitgeist of any time period, which is fundamental to fashion, is inherent to the objects we surround ourselves with; the things we buy, discard or preserve,” he says. 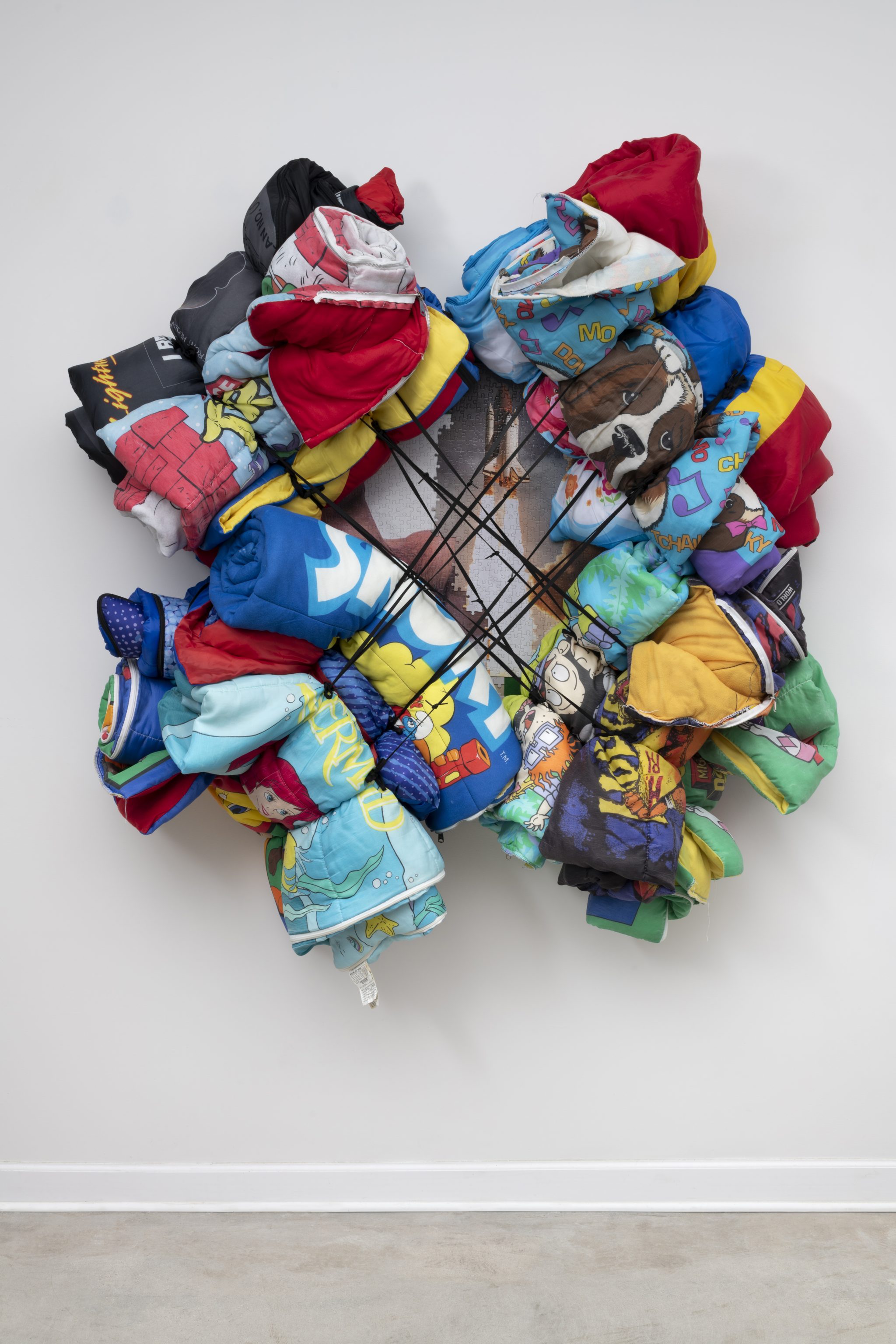 Larose has had quite a year. He presented the installation, “Sauver les meubles,” that transported the viewer into a boy’s bedroom, at the Chicago Artists Coalition’s 2018 EXPO Chicago booth, while completing its BOLT residency program. He had solo and group exhibitions in Chicago and beyond, including his latest in Wisconsin that features over 200 snow globes, a Christmas-themed installation at Material Exhibitions, and a collaboration with the MCA Chicago for the museum’s Family Days programming.

No matter how busy Larose gets, he still gets out of the house and digs through every bin, rack and shelf at thrift stores around the country, a process he describes as “a research methodology.” “Each object that makes its way to my studio was previously fetishized, hoarded, loved and later discarded,” he says. And each has a story to tell. With that in mind, Larose always remembers to look inward: “For me, to make art is to research the human experience,” he says. “It is to delve deep into one’s self.” (Vasia Rigou)