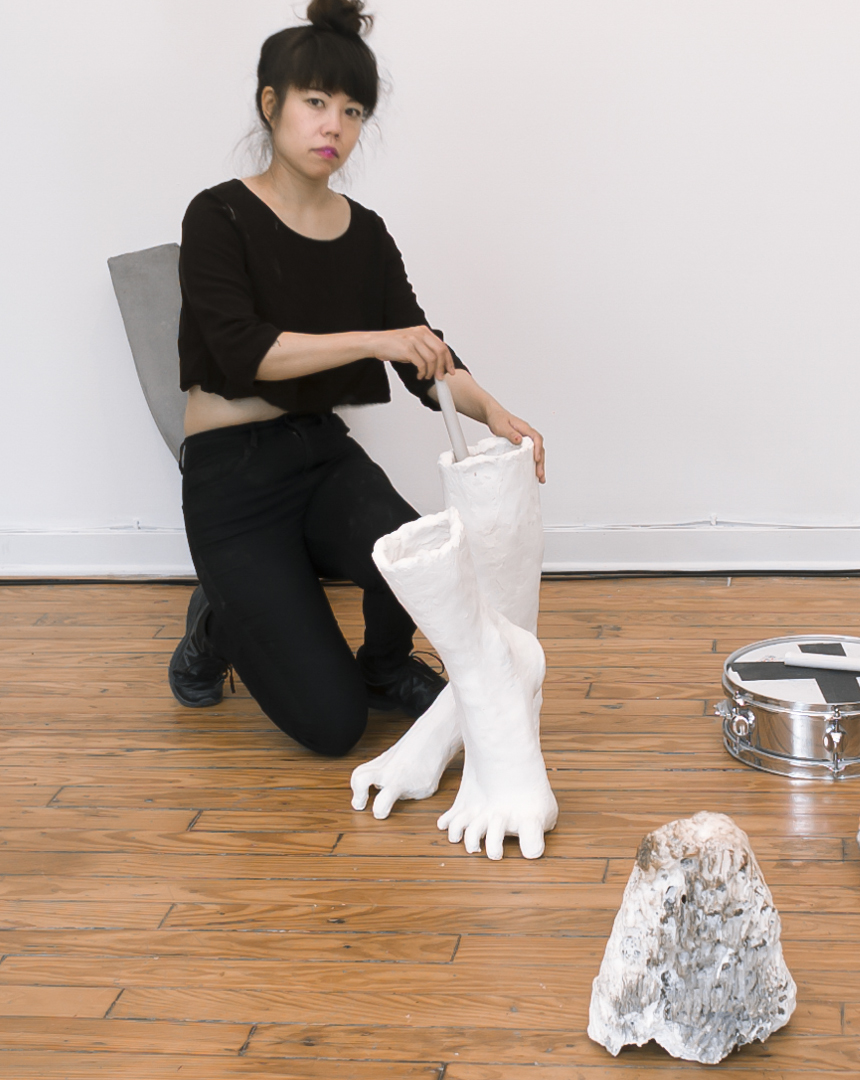 When you first examine Cathy Hsiao’s work, you aren’t entirely sure of what you’re gazing upon. The material seems familiar, but the fragility, gentleness and sentimental appearance of the pieces surprise you. Layers of pastels—pink, green, blue and yellow—are gently woven into the structures which appear soft but are, in fact, made of casted concrete. Working with a material that is typically associated with foundations in landscapes and architecture, the artist softens its surfaces with plant-based dyes and other organic materials. Her work puts life back into something that is unyielding, something that is seen as impenetrable. She makes work that makes you believe that if you breathed on its surface, it could possibly blow away. 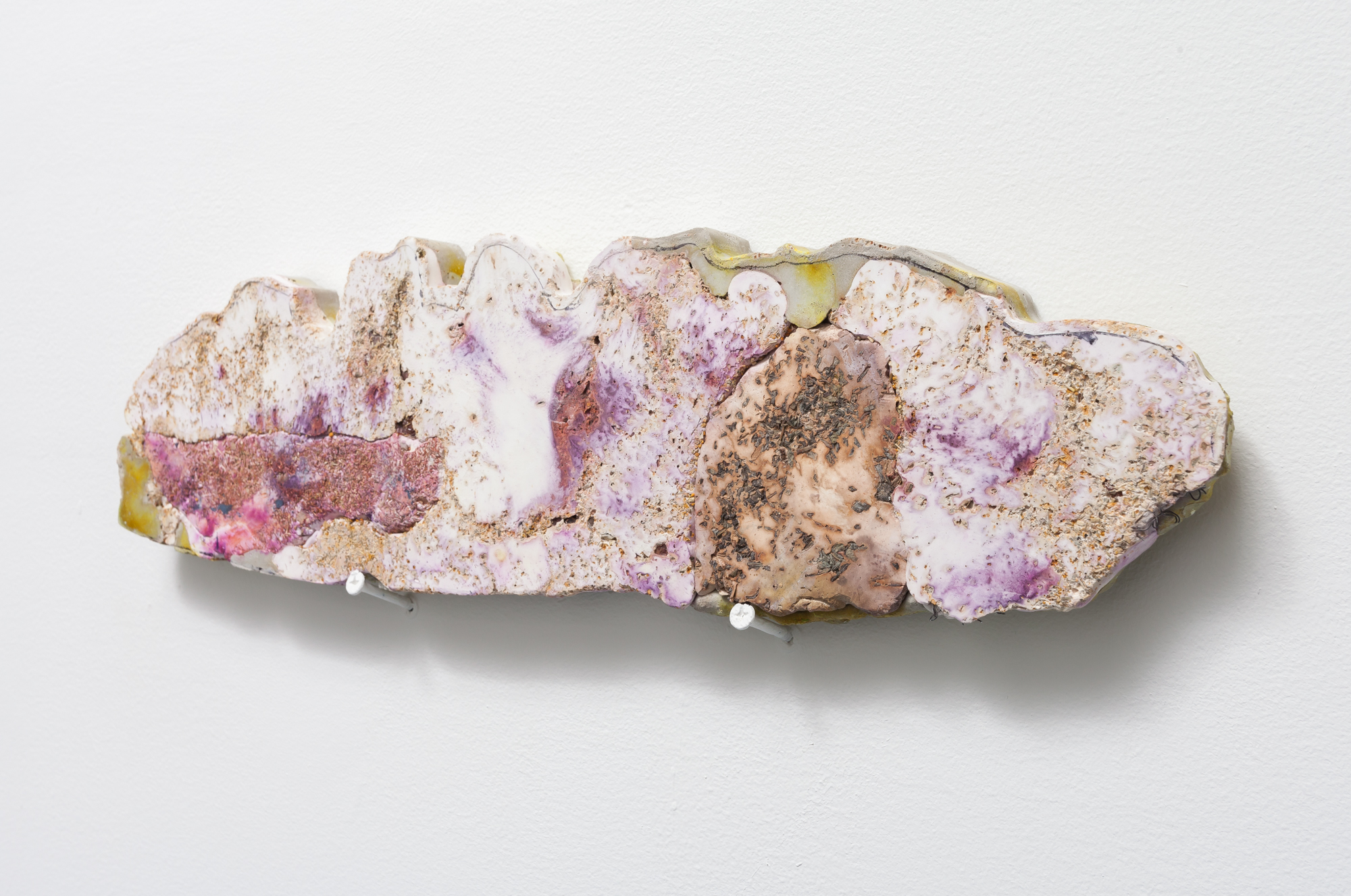 Born in New York City, Hsiao spent her teenage years in Taiwan and was raised between both. Hsiao explains, “Like many diasporic and immigrant families, mine is messy and the impact of all this upheaval between China and Taiwan produced trauma and mental instability for some of my family, including my mother.” A devout Buddhist, her mother shares a respect with Hsiao for the natural world. “How I experienced nature was not exactly how it’s perceived in the United States and more and more of my practice is about reclaiming an idea of nature that is able to account for or give voice to the culture around it without exoticizing or othering that experience as premodern or outside of capital.”

Hsiao had a solo exhibition, “Movement I, Bloom,” in February at Goldfinch. Her sculptural works were daring as they straddled the floor and cascaded down the walls. The works were hung as a visual score which Hsiao accompanied with a sound component and performances. “Sound as a medium and concept influences a lot of my work. I don’t call myself a sound artist or musician but I’ve been lucky enough to perform with ones I admire.” She says that she often makes “work in cycles,” and these groups of work, “Songbook for Sculpture” include four movements. In “Movement III,” she is examining her “education as an artist between East and West, and especially between Eastern and Western experiences of the natural world.”

“For me, nature was experienced as something intimately tied with industry and craft, with labor and with the decorative,” says Hsiao. Her inspiration lies, “in Ridley Scott science-fiction movies, in Buddhism and Taoism, in Japanese superflat-style woodblock prints and in Western postminimalism.”

A show at Apparatus, “Always Touches on a Flower,” featured more of Hsiao’s castings. By casting open C-clamps, the artist exhibited tools used in creating works, leaving the viewer to speculate on what might be held together by them. “I imagine sculptural spaces or pockets where I would later place a flower or plant cutting that will need to be refreshed,” she says.

As Hsiao traverses 2019, she is excited to be “propelled forward entirely by the effort of women and the support of my partner Robert Chase Heishman.” She says, “My Chicago Artists Coalition BOLT residency has also been so influential in helping me grow as an artist and Teresa Silva, the director, is an incredibly doting mentor to her flock. Goldfinch Gallery and director Claudine Isé have also been extremely supportive, and Elizabeth Lalley, the assistant director, gave me my first solo show of my career.” (S. Nicole Lane)