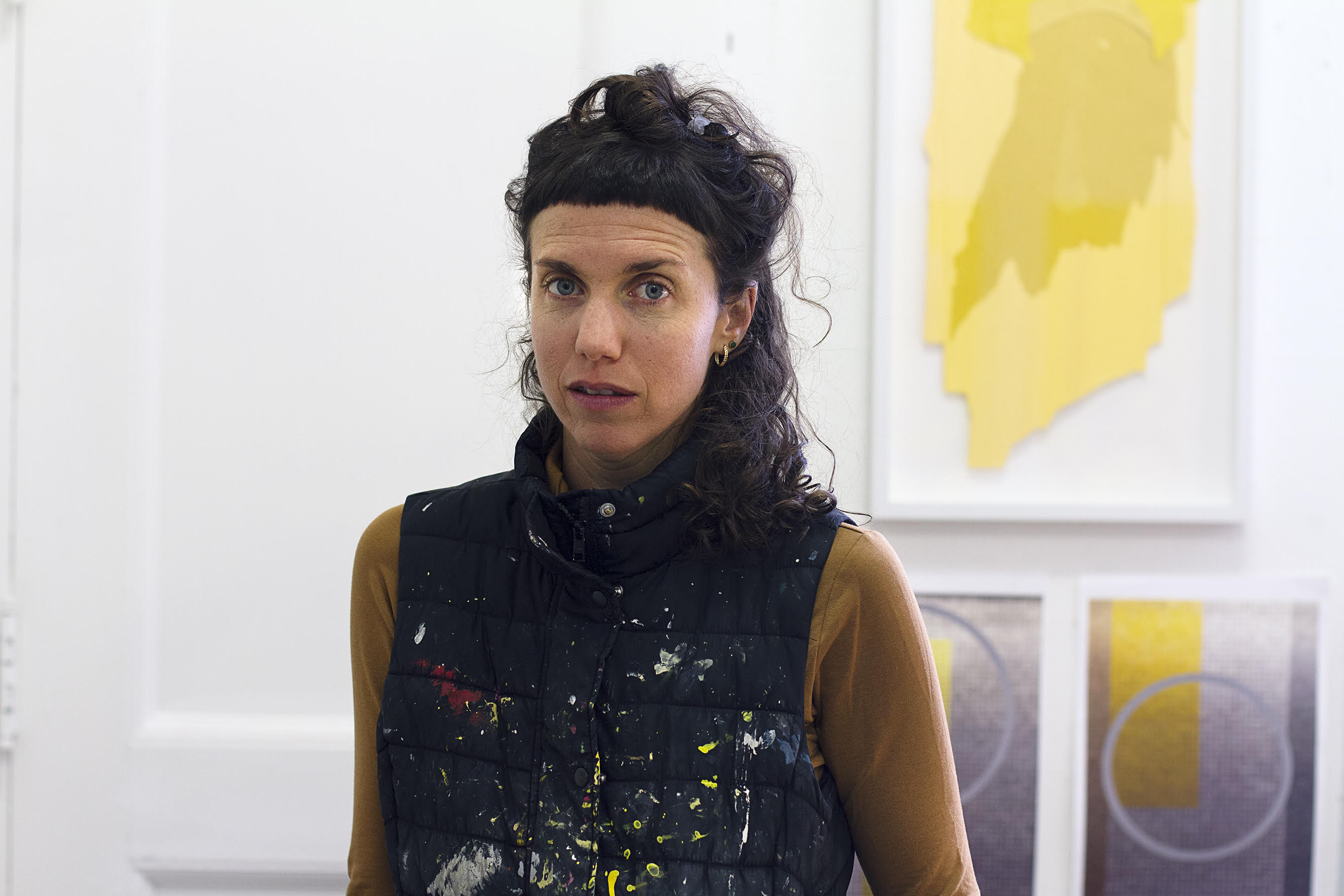 Roni Packer’s paintings of the last three years all feature the color yellow. The canvases also curl, fold, bend, twist and dangle haphazardly by nails. They are punctured with grommets, cut with scissors. They are unfortunate victims of discrete attacks from the artist on their otherwise painterly aesthetic planes. What Clement Greenberg loved about Modernist painting was that it drew the viewer’s attention to the fact of painting: every brushstroke and choice of color was a little reminder of the artist’s communion with their work, aesthetic triumphs made from gestures culminating in the possibility of human greatness. “Maybe it’s about aesthetics in the end,” Packer tells me on a sunny winter day that is also the warmest Chicago has had in months. “Maybe it’s about having a pleasing object, and you can sit there and go into your own head, go to other places that are not clear or as concrete as other things in life.” 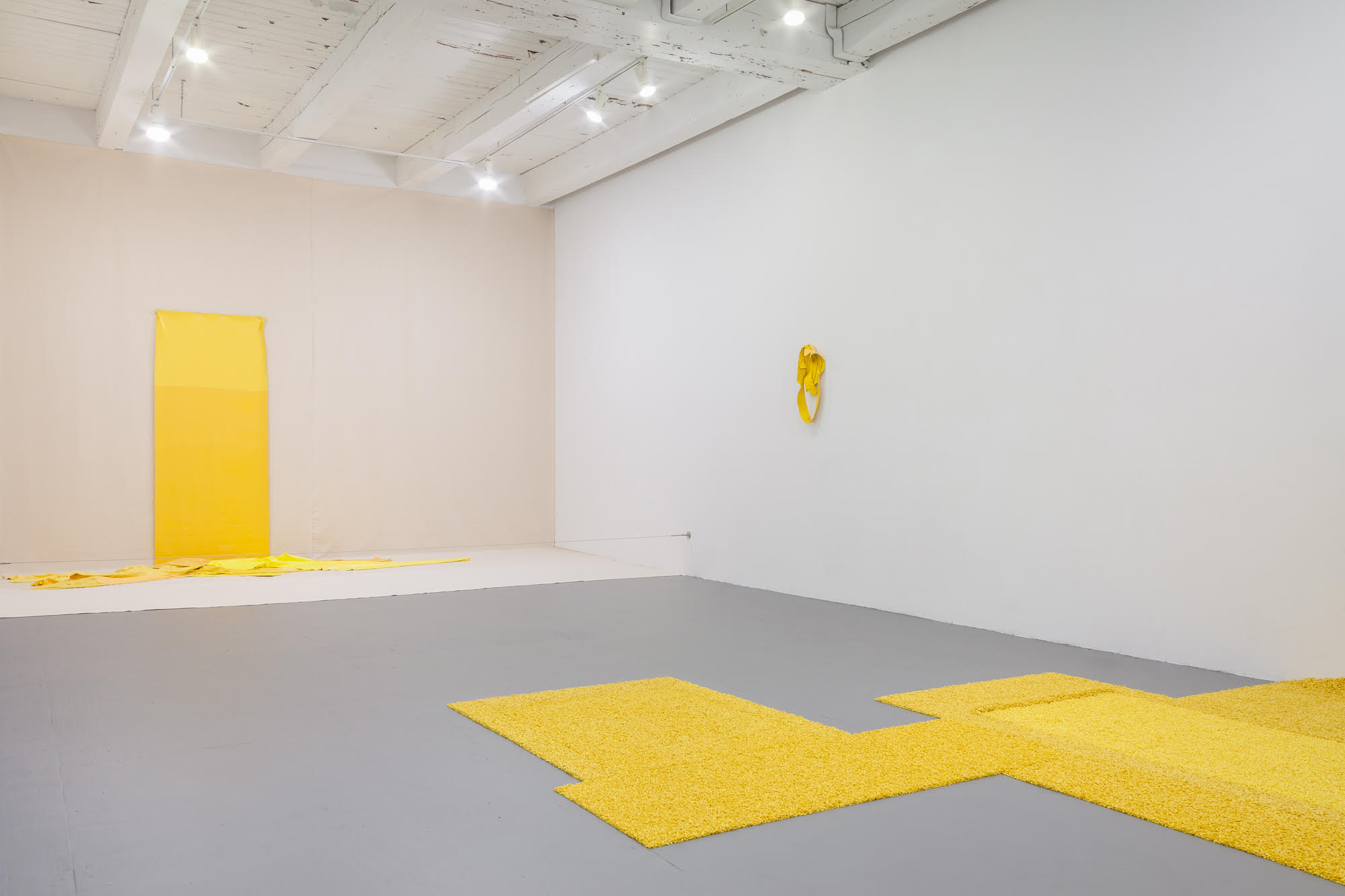 The origins of Packer’s painterly obsession with the color yellow started in 2016 upon her return from Tel Aviv—she was born and raised in the city—to the United States, a moment that culminated in a series of disasters, both politically and personally. “I was in the studio and it was the first time I couldn’t work. My paintings before this were all over the place with color. All I could think about and see at this moment was yellow, so I painted some panels.” The positive reaction to Packer’s new colorist direction, after her politically motivated paintings had been met with mixed results, lead to very interesting conversations. “It was about one thing and that was clear, and it felt good.” 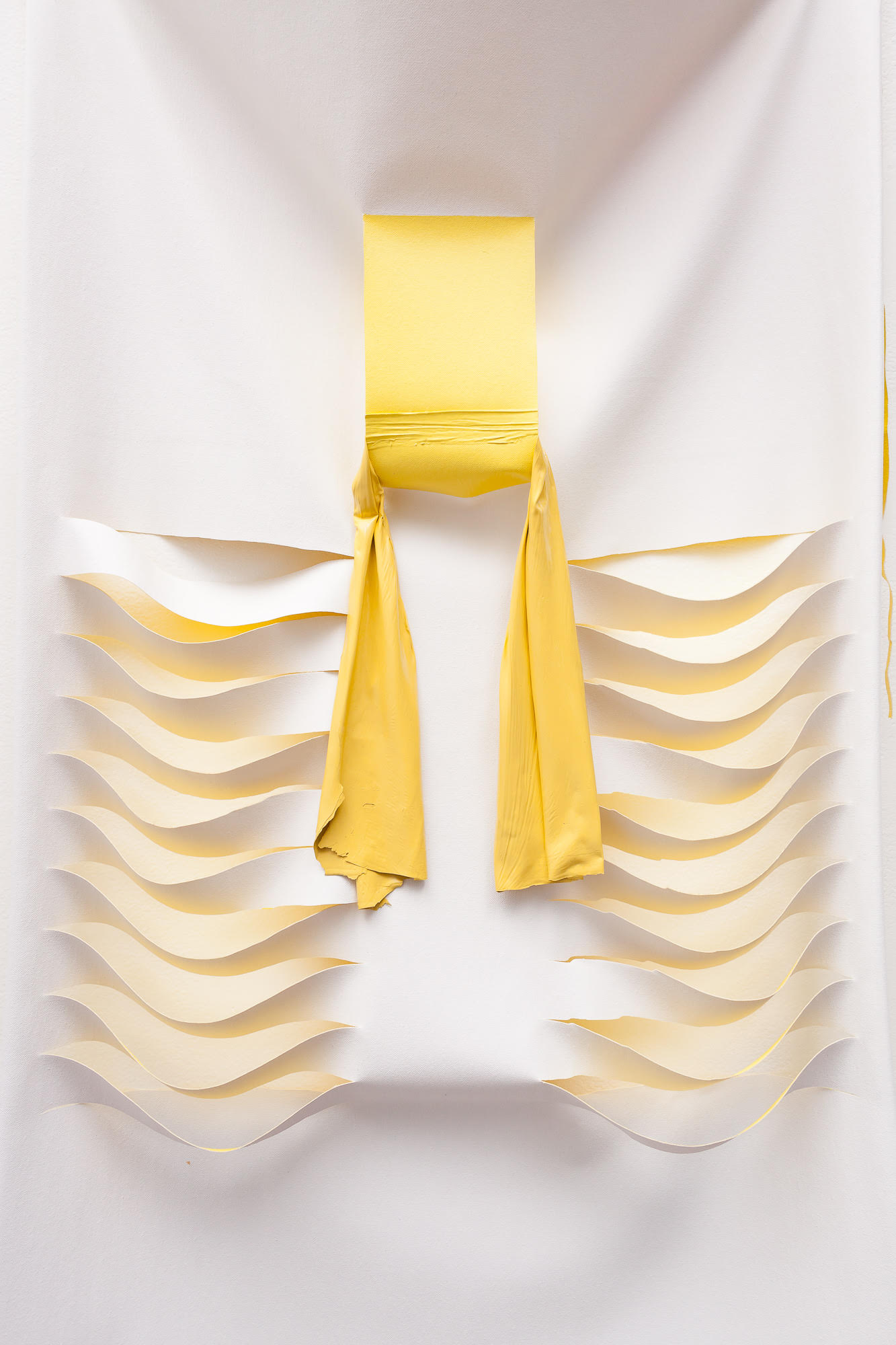 An emphasis on clarity of expression through color, feels, in the thick of whatever muck of postmodernism we are still wading through, like it should be entirely out of step, hopelessly nostalgic or elegiac for a condition in art long past. Yet, the minor miracle of Packer’s work is that upon viewing, even the firmest anti-aesthete would find difficulty in resisting that old Modernist relic that her paintings proffer: to actually feel something. The surfaces of Packer’s painted works struggle to contain the vibrancy of the yellows, a feeling exacerbated by the occasional addition of another color doing its best to keep up. Packer’s colorist work feels like a gift, and they reveal that there is still room in art to operate outside of collective irony or distanced conceptualism. Her paintings are akin to little rehearsals, tryouts for the real world or exercises in tenacity. “What does it mean to try? Again and again and again,” Packer says, “Something I want someone to get from my work, is how can we learn how to fail and live with that failure, and not be ashamed that we are not always great.”

Packer’s work was featured at Slow gallery this winter. She is in a two-person show with Whit Forrester at Aspect Ratio in July, and will have a solo show in Tel Aviv in December of 2019. (Chris Reeves)