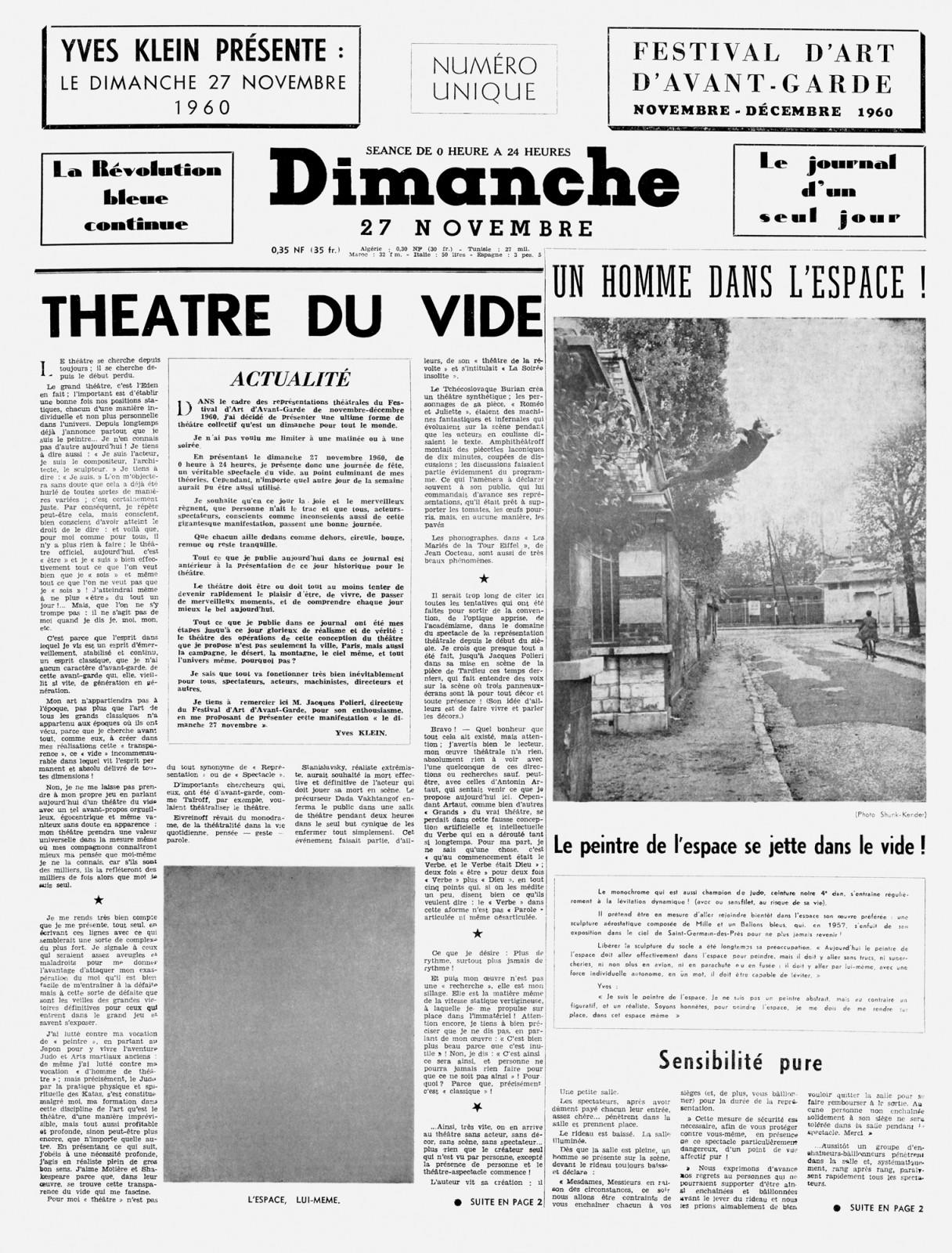 A little under four years ago, I wrote my first column as editor of Newcity Art, titled “What Good is Art?” I had just taken the difficult but necessary step of leaving a secure curatorial position to spend the next three years earning master’s degrees at the School of the Art Institute of Chicago. As I wrote then, I felt that I was “ventur[ing] deeper into the tangled economy of art-making and its contingent endeavors,” questioning my own judgment and the very value of the work that I and myriad others partake in each day. “What good is art?” I asked myself repeatedly, unsure if any answer would comfort my anxieties or satisfy my desires. I imagined myself as Yves Klein in his “A Leap Into the Void,” arms spread wide, head face forward as he leapt off a Parisian rooftop into the air.

I have been the editor of Newcity Art for four years. Whether or not that seems like a long time will depend on your age and outlook, but for me, it might as well be a lifetime. I have experienced significant personal and professional milestones at this desk, and I have been fundamentally transformed by these years of immersion in Chicago’s artistic communities. I am grateful for every studio visit, every invitation to speak or participate in critiques, and every nervous chat over plastic cups of wine at openings. And for the record, I was the nervous one. My chronic imposter syndrome surges at art socials.

Quite honestly, I have struggled at this desk for a number of reasons. Foremost, I am not an artist and I do not necessarily understand the challenges that artists face in the same way that they experience them for themselves. For that reason, I have always written in the first person, in order to take direct responsibility for my responses to the works of artists, curators and other cultural workers. Critics are human beings, not arbitrary arbiters of quality, taste and meaning. We cannot hide behind serif type and glossy images, nor the illusion that our evaluative processes are more than just an idiosyncratic homebrew of exposure, education and inherent bias. And those who mourn the “death of good art criticism”—read: white, male, cis, hetero—as a once-great Chicago art publication recently did, cling to standards of quality and taste that were only standard because of how tightly the boundaries of the field were drawn by those who had the power to define them. No, art criticism has not died. It has merely failed to find the language yet to address an art world that does not resemble what once was. 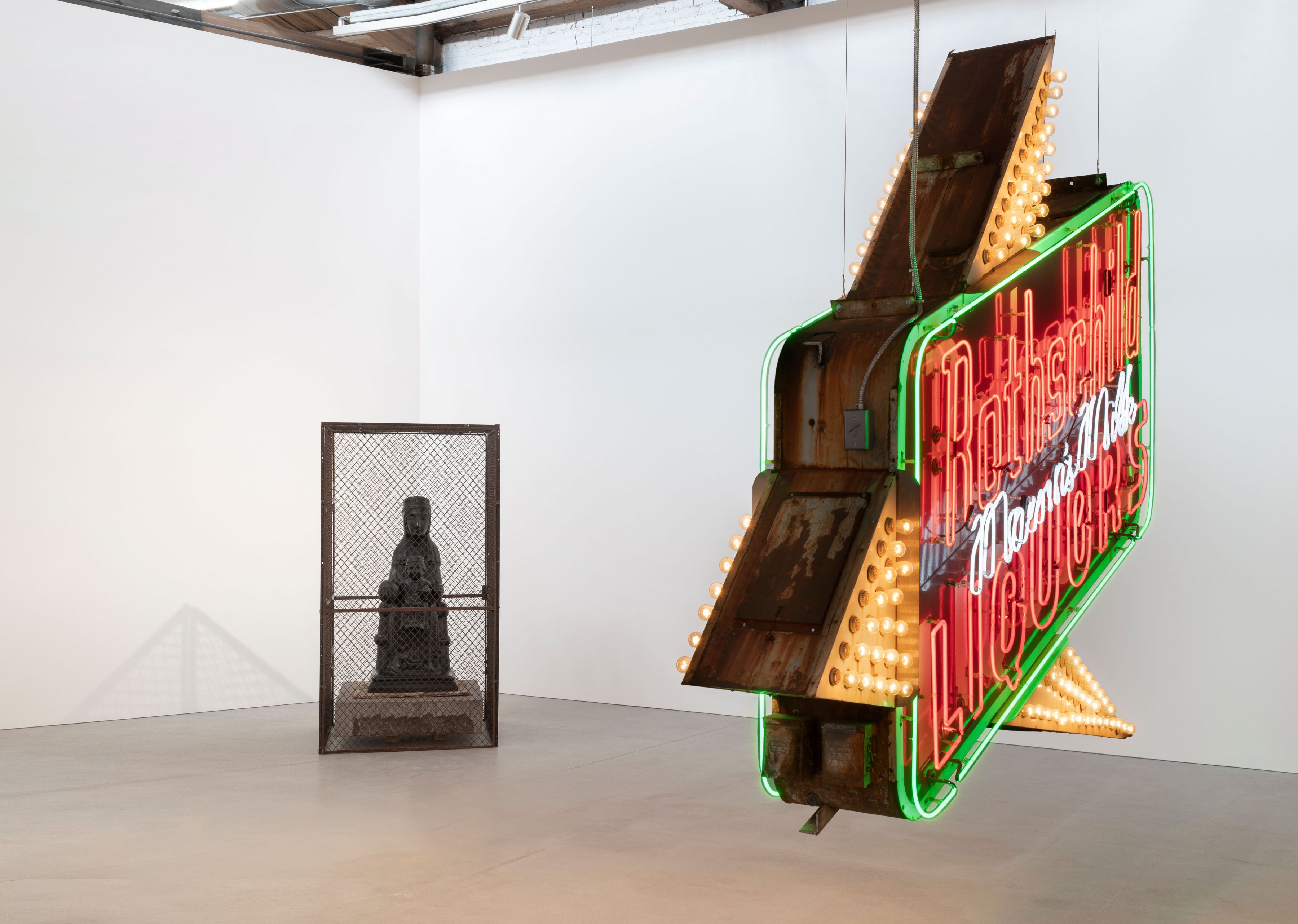 I have also struggled in this role to maintain the diversity of coverage and contributorship that reflects the true image of Chicago’s artistic community. Recruiting writers with an array of interests, perspectives, backgrounds and experiences results in fuller, fairer coverage—this has always been my highest priority. I am confident that my successor, longtime contributor Kerry Cardoza, will far surpass me in this effort, and I look forward to seeing Newcity’s art coverage grow and change in the coming years.

On the larger matter of diversity in the arts, I have often remarked on the contradictory demands placed upon cultural workers and institutions to be at the avant-garde of progressive practices while subsisting entirely on low wages and the benevolent largess of capitalist captains. I do not disagree that spaces of culture should embody our most profound social ideals. Would anyone expect the banks, the prisons and the schools to do the same? Of course not, but perhaps we should. Perhaps we should begin at the root rot instead of trimming the dead leaves. The recent crisis over the cultural patronage of the Sackler opioid empire shows us that we are collectively more concerned with the appearances of things than the substance of them. Outrage erupts when tear-gas profits fund the Whitney or killer drugs maintain the Met. But now more than ever—and thanks to the very same social media that fuels these outbursts—these moments come and go as the underlying conditions of exploitation persist. The paradox lies in the fundamentally representational character of art. Because art is sensory, and largely visual at that, we forget that it merely depicts our values and does not enact them. The fault is not on art, nor art institutions per se, for failing our expectations. It’s on us for expecting art to enact our values when it merely reflects them.

One of the most significant changes I have witnessed in the past four years as editor has been the migration of Chicago’s galleries from the near West Loop to the further-flung pockets of the West Side, Ukrainian Village and Fulton Market West. I’ve written previously about this onward push to the industrial hinterlands. All the same, I was surprised to realize that Richard Gray’s new space, Gray Warehouse, cropped up in the same neighborhood where the nonprofit Chicago Artists Coalition recently moved. 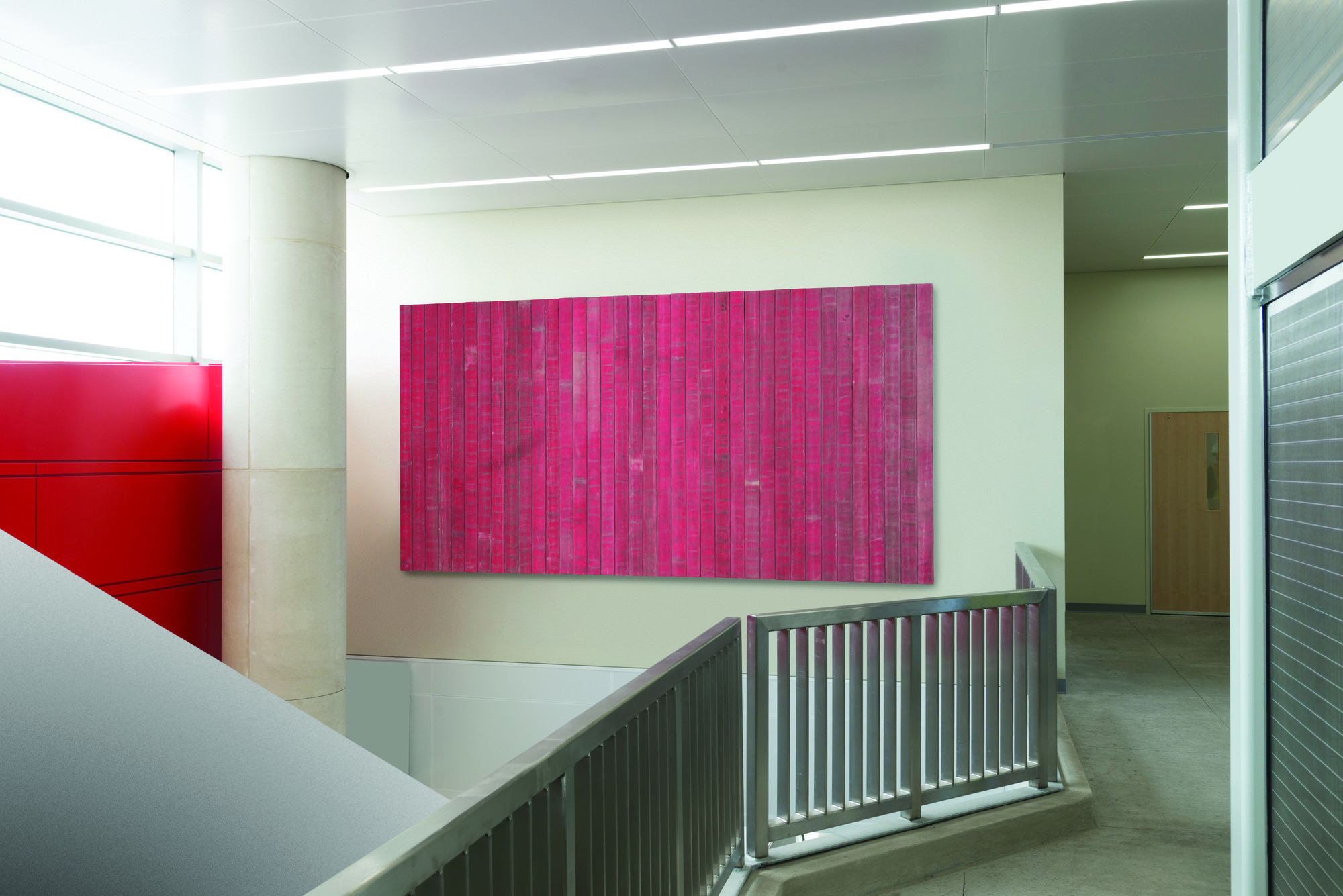 Last month, I visited the space for the first time to see Theaster Gates’ latest exhibition. Who could deny the pure pleasure of that repurposed Rothschild Liquor neon marquee with his elegant intervention, “Mama’s Milk” scrawled in glowing cursive through the logo? Gates has exercised maximalist restraint in this spare and impressive installation of a few new sculptural works and a large scale architectural monument. The artist combines upcycled materials and minimal forms to produce the most refined expression yet of his signature vocabulary. A giant rectangular slab of basketball court flooring hangs to the left of the liquor sign, a perfectly minimalist salvage wallwork in the spirit of his earlier works of stretched firehoses. Behind the stage-like steel structure, three tar paintings appear like a triptych in the apse of a basilica, the center work even echoing the semicircular shape of this structure. The religious overtones of Gates’ work have always been apparent, but they take on a secular connotation in this gallery-temple. A few neons, some paintings and some found objects with delicate transformations—a slam dunk of a market-ready contemporary art exhibition.

Given that the rise of Gates dovetailed with the mayoral career of Rahm Emanuel, I wonder if Gates will see any drop in popularity now that his most adamant and powerful advocate is leaving office. If so, it didn’t stop the two from appearing together to unveil Gates’ long-awaited 95th Street Red Line terminal installation days after his exhibition opened at Richard Gray. Chicago is changing once again, and there’s something very fitting about that for me, this end of the line.