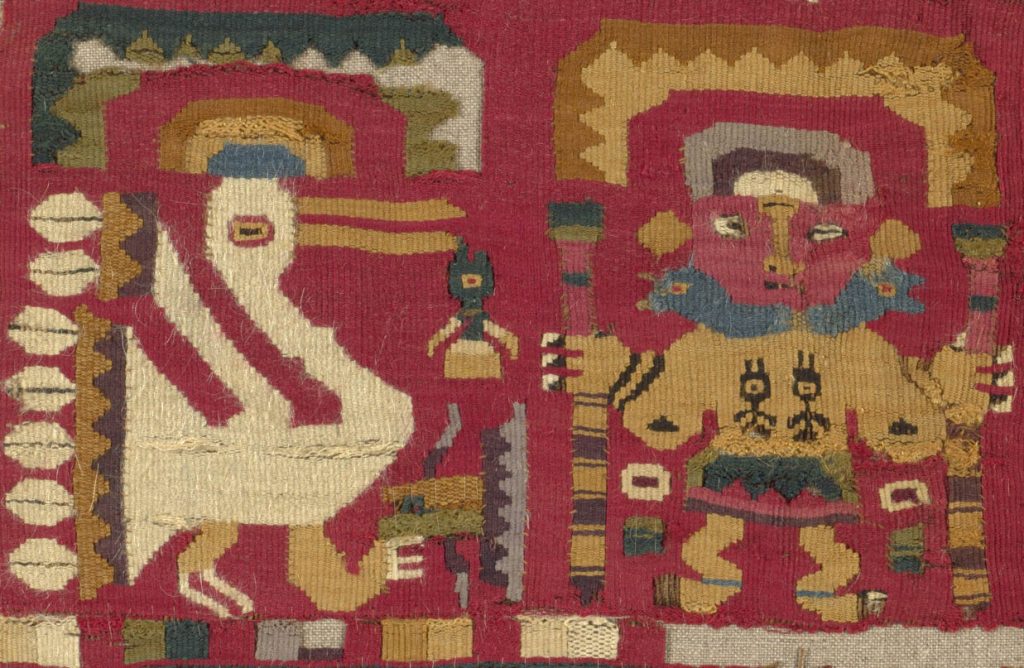 Dry coasts, arid mountains and glaciers make the Andes an ideal place for preserving ancient textiles. This is fortunate: for several thousand years, cultures like the Paracas, Nazca and Chancay produced some of the most sophisticated, spectacular textile art known from the pre-modern world. A so-called mantle made by the Paracas (so-called because although archaeologists can date these textiles and assign them to cultures fairly confidently, their function is harder to pin down) showcases the special qualities of Peruvian embroidery. Individual figures are arrayed across an indigo ground, each one composed of bright colors and ablaze with detail, heads crooked back to show the sinuous signifiers of supernatural force flowing up and out of their mouths. Likewise, a Lambayeque panel alternates frontal human figures and birds in profile, each surrounded by a dizzying wealth of smaller decorative features. It’s difficult to convey in words the complex patterns, punctuated by virtuosic figural passages, that characterize many of these textiles. 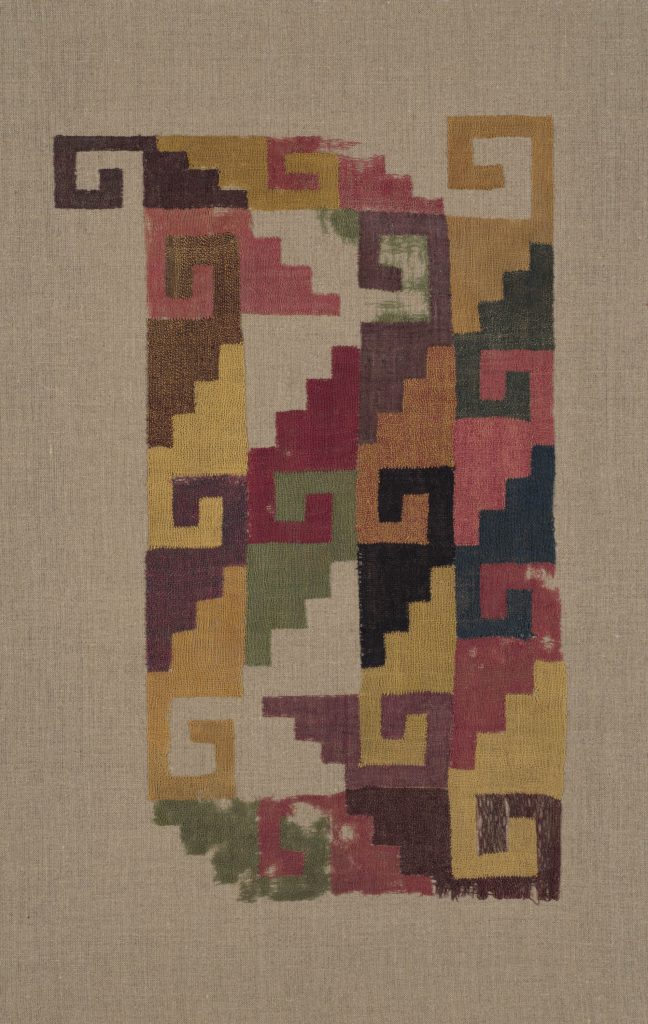 Covering several millennia of pre-Columbian art, alongside some twentieth-century Bolivian works, the show does an admirable job of introducing the viewer to rich cultures and their key working techniques. Light on history, but replete with useful remarks about wefts and twisted threads, the texts generally help you see the works better. This is more a greatest hits than an encyclopedic tour, but by pairing textiles with ceramics the curators gesture toward larger regimes of visual culture that informed the ways they were made and received. “At last,” wrote art historian Janet Berlo in 1992, “cloth is recognized as fundamental to studies of gender, social identity, status, exchange and modernization.” Clearly, cloth was also fundamental to an ambitious vision of what art could achieve. 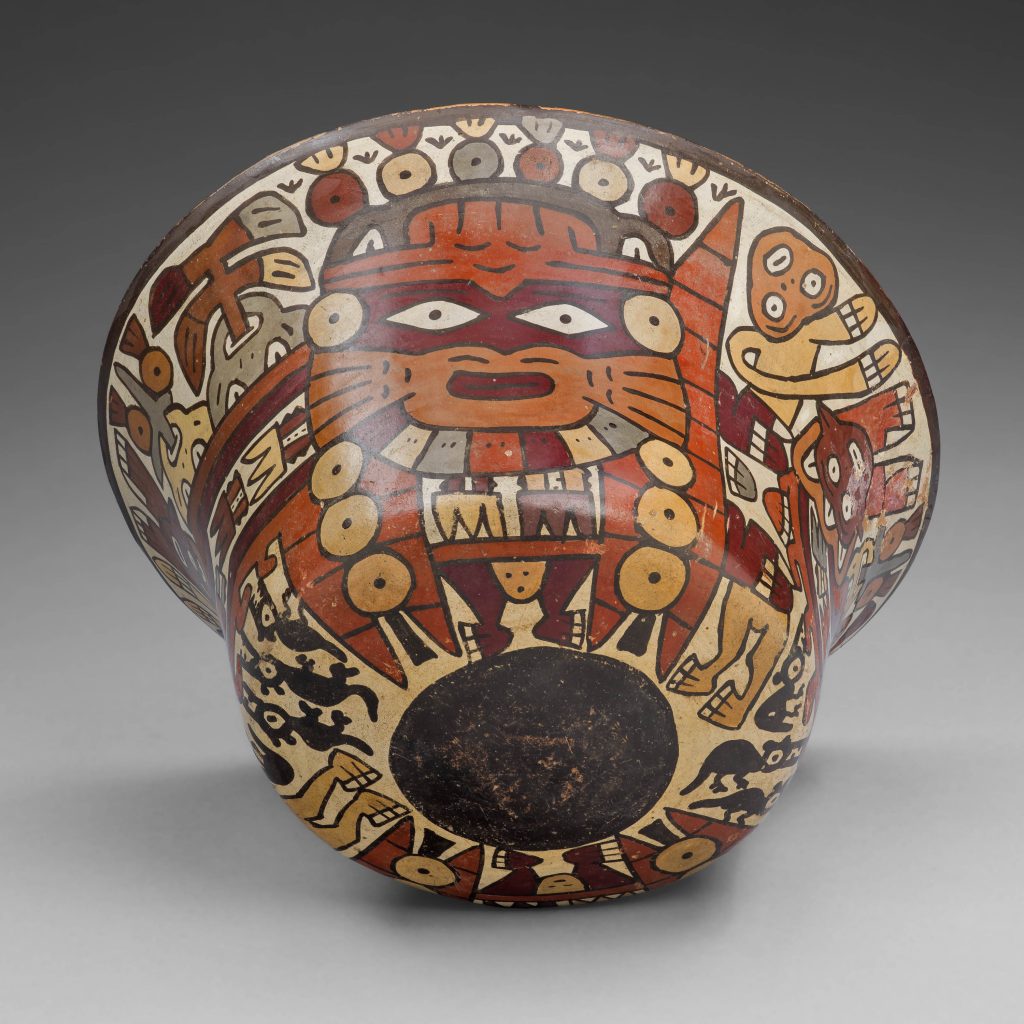 Although the captions for the Paracas mummy masks address the funerary context in which they were found, more could have been said about how the rest of these textiles entered the collection of a powerful North American art institution. Looting and grave robbing have long bedeviled the world of pre-Columbian textile art, and many works in European and American museums lack good provenance. While this may not be the case for these works, it is fair to demand more of the Art Institute in light of ongoing attempts around the world to combat issues of looting and smuggling, as well as to account for the nineteenth- and early twentieth-century trade in Andean textiles, the ethics of which were murky at best. (Luke A. Fidler)

“Super/Natural: Textiles of the Andes,” through June 16 at the Art Institute of Chicago, 111 South Michigan.