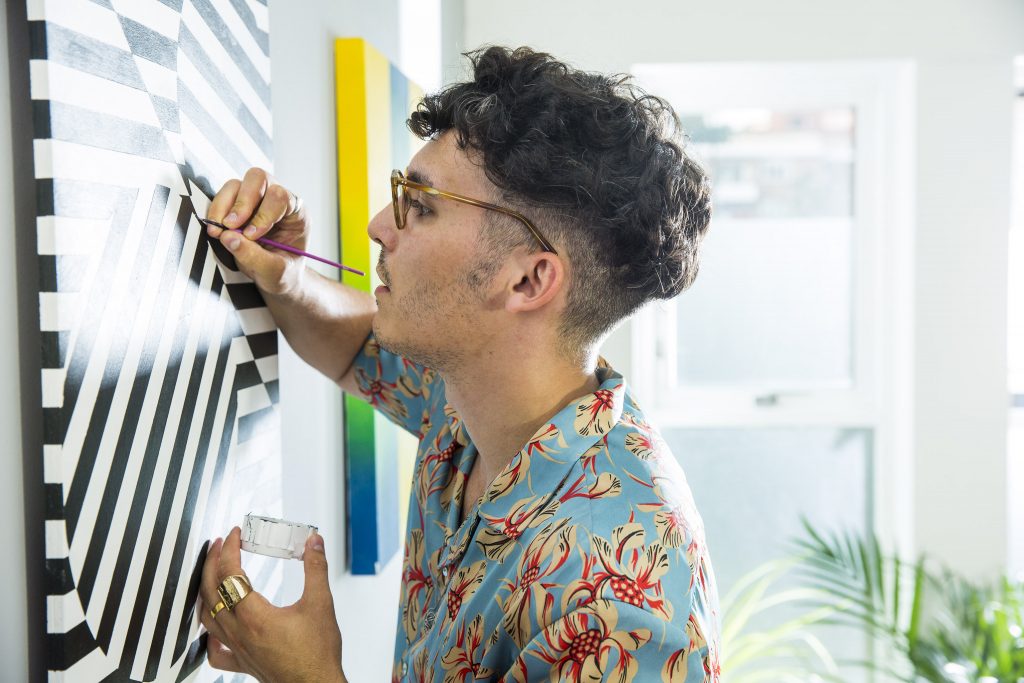 The Other Art Fair comes to Mana Contemporary in Pilsen for its second annual Chicago showing May 16 through 19. The Fair, founded in 2011 by Ryan Stanier, aims to break down institutional barriers that can keep artists and buyers from interacting in meaningful ways. This year’s fair features work from a range of artists both local and global. It kicks off Thursday night with a VIP preview and continues through the weekend. Highlights include live art installations, music performances and artist-led workshops. In anticipation of the weekend, we spoke with fair director Sophie Lucas about accessibility, otherness and what to expect from this year’s event. 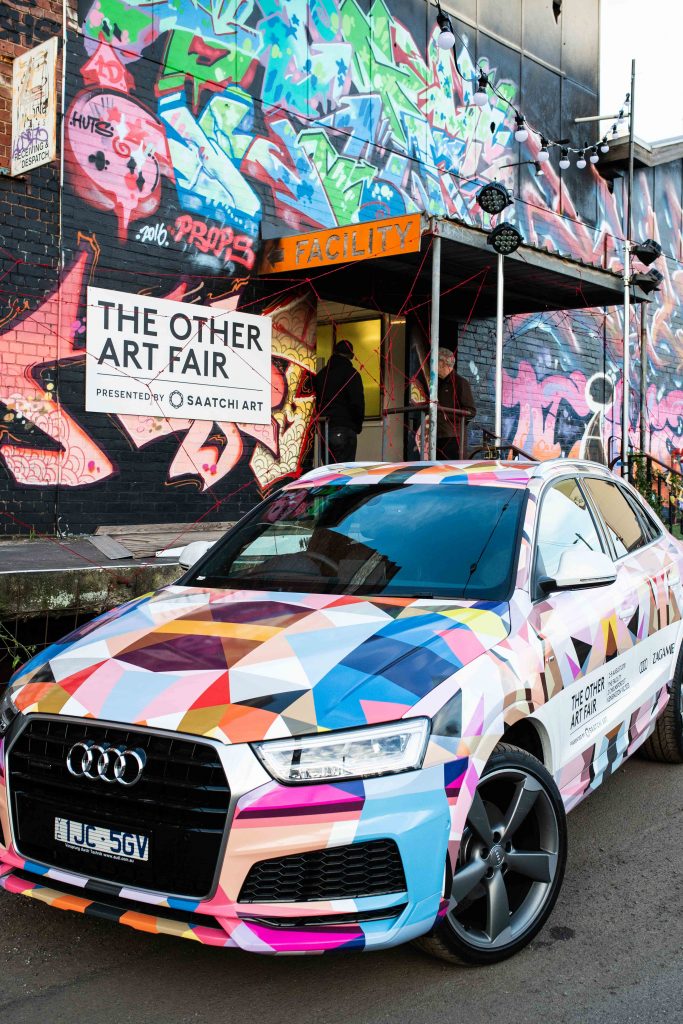 Photo courtesy: The Other Art Fair

Can you describe what the Other Art Fair is?

The Other Art Fair is a fair for artists. What that means is that, unlike more traditional art fairs where galleries take the booth spaces, we have around 120 artists that take their own space within the fair. They can then curate, hang and price their work to sell directly to our audience of curators, gallerists and critics, but also first-time buyers, as well as any audience that wants to engage directly with artists. The ethos has pretty much been the same since we started in London in 2011, despite the fair’s international growth.

What would that ethos be?

It’s about independence for emerging artists to showcase their work and launch their careers in the art world. It’s also a chance for art lovers to engage with and buy directly from artists.

How do you facilitate that independence, especially for those new to the buying side?

We try to create an atmosphere that is as engaging and friendly as possible. I think sometimes in the art world, traditional spaces can be intimidating to those that want to start their art-buying experience. We try to create an environment that is friendly and welcoming by letting visitors visit with and talk to artists directly about their work. Really just start a conversation about the work.

Alongside that, we try to include activities that wouldn’t be found in a more traditional environment. We have live music, we have a Friday late event, and fun activities that welcome new people into the space.

Do you see the space you provide as an alternative to the traditional gallery system, or a pathway to it?

I think it depends on the artist. We want our artists to use the fair as a platform to present themselves and find gallery representation, if that’s what they want. We’ve invited galleries to our private Thursday showing, hoping that they’ll come meet our artists and take them on. But as the art world is changing and artists are becoming more independent, some artists choose to use the fair to represent themselves.

You mentioned that the fair has grown expansively since starting in London. How do you manage that increased popularity when the core goal is accessibility?

The key is that we have a small team, one that has more or less been working with the fair since it started. Our founder, Ryan Stanier, is still very much a big part of the fair, and will be on-site this weekend. I started from the beginning with the fair, and I’ve taken the model to the United States and now run the Brooklyn and Chicago events. We connect with this model, and as the fair’s grown, we’ve grown with it. 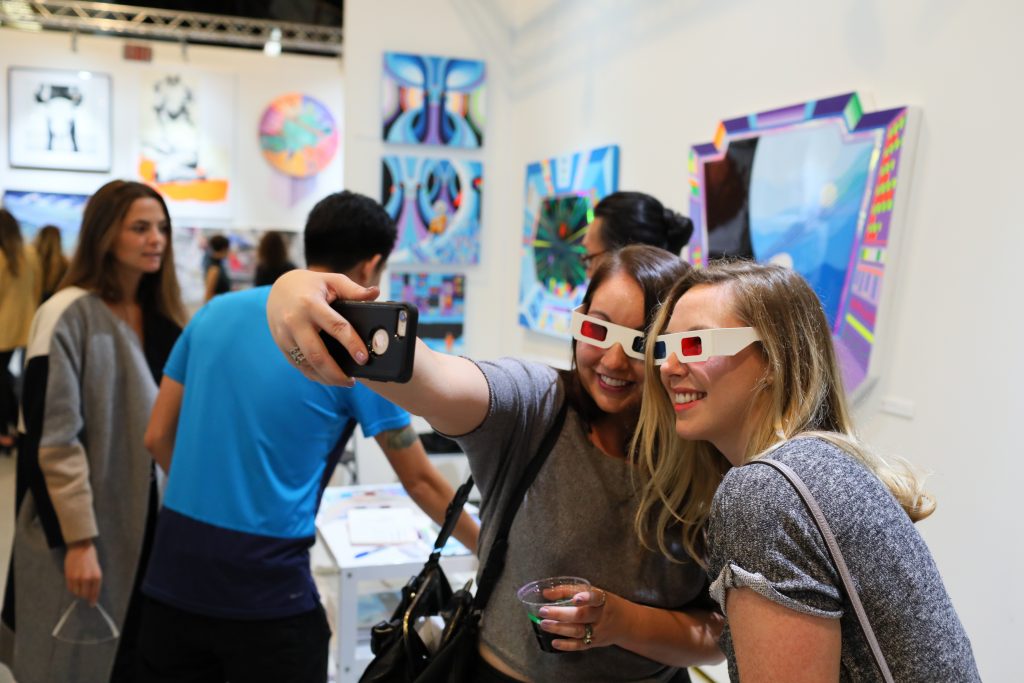 Photo courtesy: The Other Art Fair

Would you share a few things you’re excited about for this year’s Chicago fair?

New for this year is this initiative we have across all our fairs called Greener Future. As part of that initiative, we’re doing this program called Art Upcycle, where visitors can bring along objects, whether they’re artwork, articles of clothing or something else, and we invite a group of artists to upcycle those objects into a piece. We’re working with Chicago artists like Sam Kirk, Whit Forrester, Badass Cross Stitch and a few others. That’s one we’re really excited for.

What specifically about Chicago art are you excited to highlight with this year’s fair?

We’re excited to be in the area of Pilsen, which is something we’ve tried to respond to with our artists and guests. We’re working with AMFM to organize our Friday night late party so we can work with performers linked to the area and who know it well.

We’re also working with our charity partner Little Black Pearl. They’re presenting a guest artist, Sandra Antongiorgi, who will be releasing a print from her and Sam Kirk’s “Weaving Cultures” mural. I’m excited we’re supporting local features like that.

What does “otherness” mean to you in regards to art and the art world?

I think in terms of fine art, it’s putting together something that will surprise, challenge and maybe even make people laugh. These aren’t things you necessarily think of for fine art, but we’re trying to do that within that space. I think people really respond well to that.