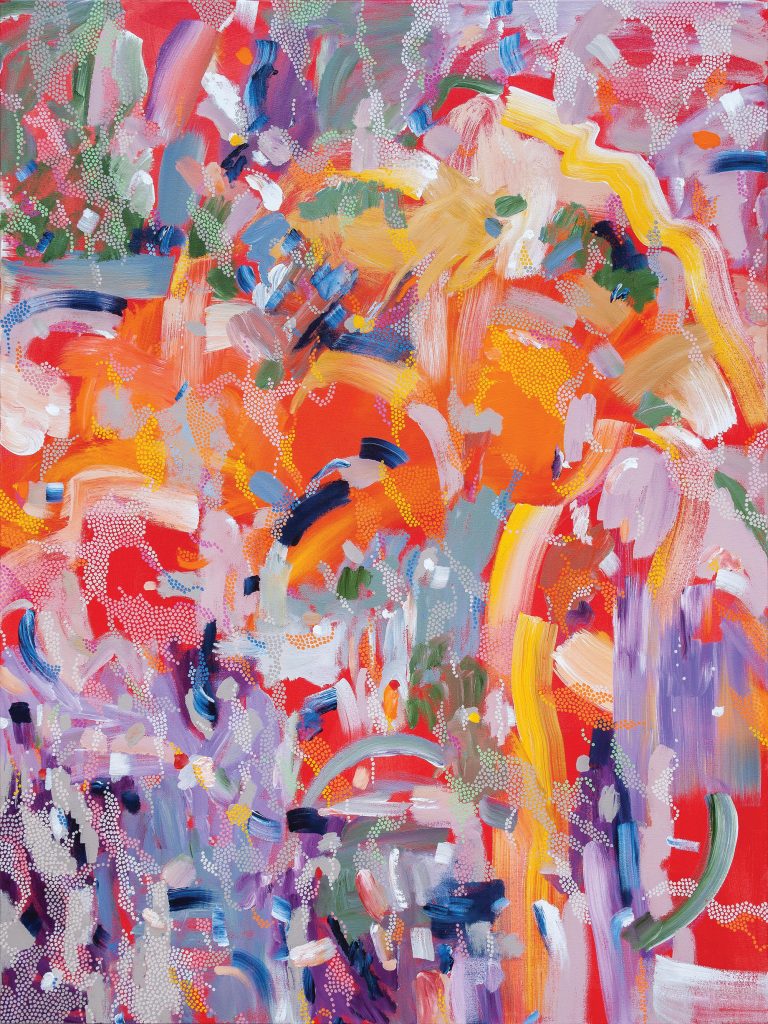 This is an amazing show, even for viewers not brought in by the artist’s interesting life story. All nine acrylic paintings, measuring from thirty-six to sixty inches on a side, were made this year. Nothing is recognizably depicted, but something like a festive spectacle has been achieved with layers of colorful marks that range from orderly patterns of dots to large, dramatic brush strokes. Each mark feels as sharply cut and standardized as the brush tips used in graphics software. Sometimes they appear to erupt like exploding corkscrews of twisted paper.

Some pieces suggest a trellis of flowers strung across a wall, like the floral display that might be seen at a wedding reception. Others are more like aerial views of crowd scenes, with throngs of celebrants jamming the public squares of a city. A few have the bombast of a political rally. Most have the energy of a busy street, enhanced with swirls of windblown confetti flung at random into the air. 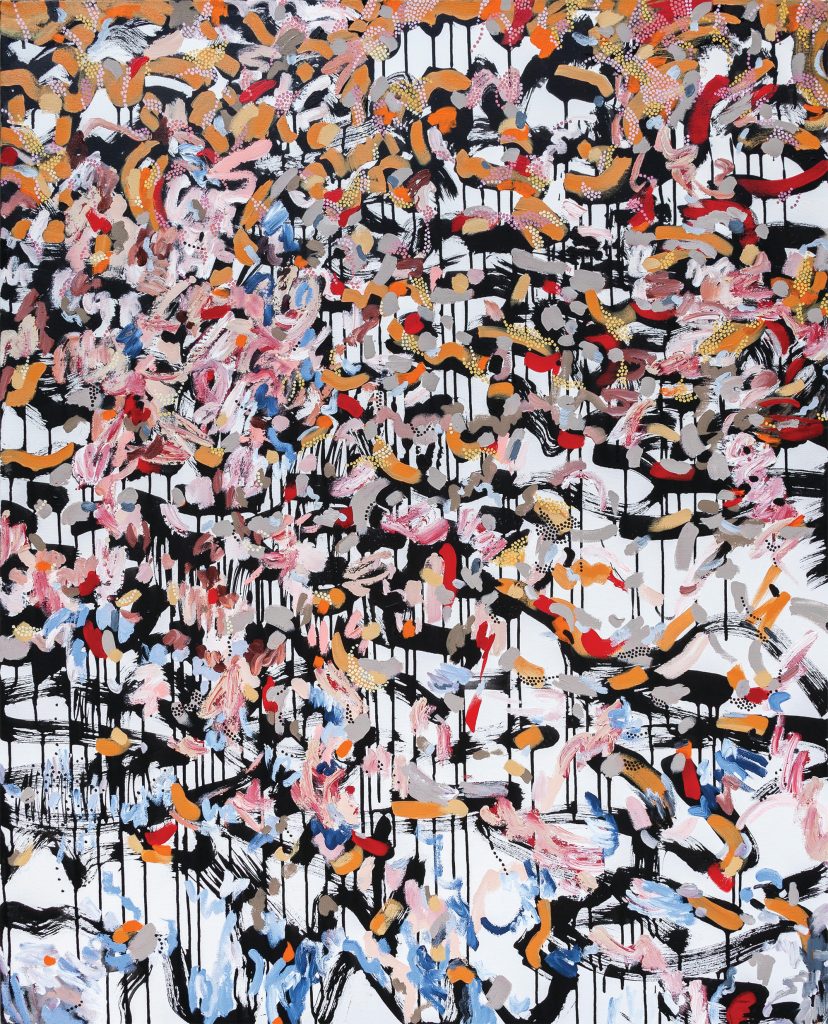 “These Dreams are Already Spoken For” stands out above the others. The splashes and eruptions of color, spaced dynamically across the canvas, achieve a moment of ecstasy as if the parade through the streets had finally arrived at the flower strewn temple of the Goddess. There is a deep happiness that is soft, comfortable and inviting.

This spiritual sensuality feels distinctly South Asian, which is probably intentional. Not only did the artist grow up in India before moving to Chicago twenty years ago, but before launching her career as a painter, she created a series of illustrated books and DVDs to introduce children of the diaspora to Hindustani language and music. 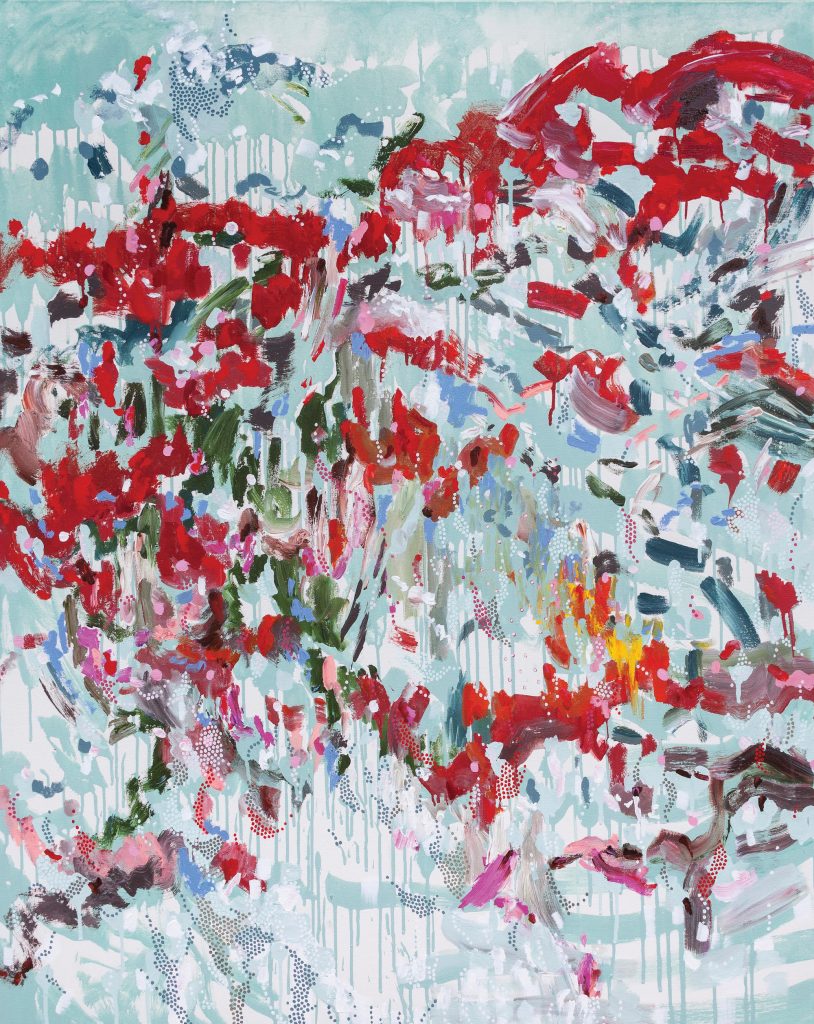 Pooja Pittie, “You Could Stay Here a While,” 50 x 40 inches, acrylic on canvas, 2019/insImages courtesy of McCormick Gallery.

It’s hard to believe that work so original and virtuosic could have been produced by a self-taught artist after only four years of painting. Obviously, there was a great need to share an important message and a great intelligence that could figure out how to do it. Some of the pieces have a nervous intensity that borders on desperate and compulsive. But if she didn’t make those, perhaps she could not have made the more joyful pieces either. What we have here is more of a life story than a style of painting, and it’s a wondrous story that could have come straight out “Arabian Nights.” (Chris Miller)