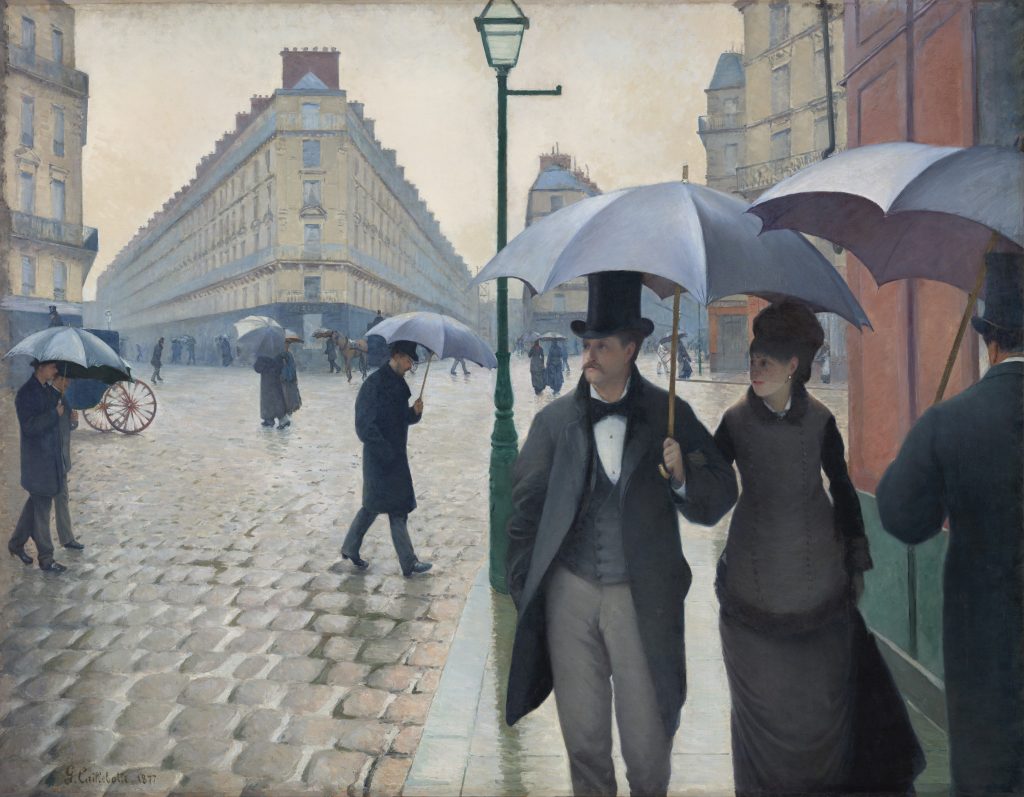 With Gustave Caillebotte’s “Paris Street; Rainy Day” (1877) on loan in Berlin, the Art Institute has swapped in the painter’s “The Floor Scrapers” (1875), borrowed from the Musée d’Orsay, until August. The first picture to bring Caillebotte real public notoriety, it’s a masterful depiction of the working classes that kept the brave new world of modern Paris running. Consider the well-dressed, umbrella-toting denizens of “Paris Street.” These are the bourgeois purveyors of what sociologist Georg Simmel would come to call the “blasé attitude,” strolling the city’s wide, hygienic boulevards while manual laborers toiled out of sight in grim conditions. “The Floor Scrapers” peels back the façade. 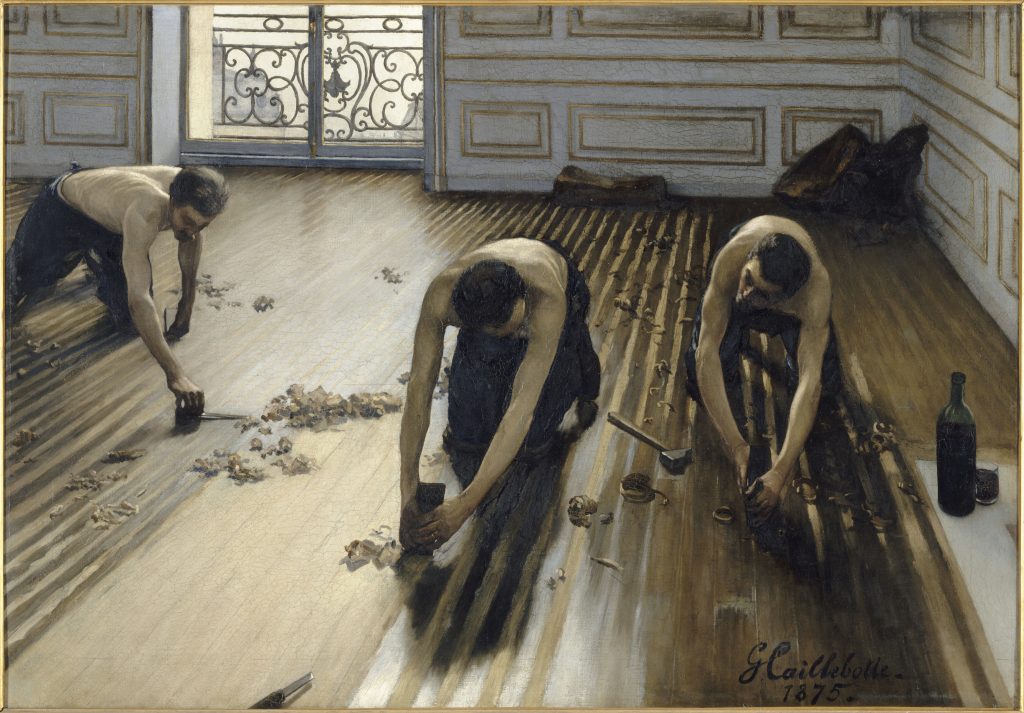 Three shirtless laborers plane the floor of a Parisian apartment, scraping away strips of wood in a striking pattern that emphasizes the picture’s unusual perspective. Marks of their class are everywhere, from the bottle of cheap wine and tumbler in the lower-right foreground, to the heap of nondescript clothes in the room’s corner. Iconic paintings of French labor, like Jean-François Millet’s pictures of gleaners, had tended to focus on the rural poor before this point, and critics savaged Caillebotte for his attention to the proletariat. “The subject is surely vulgar, but we can understand how it might tempt a painter,” sniffed one newspaper. Another published a caricature of the artist scraping floors himself. What strikes me as brilliant now—the light picking out the ribs on a worker’s back, the way the thick curls of wood shavings seem to float on the painting’s surface—went unremarked by his contemporaries, who exhorted the painter, “May your nude be handsome or don’t get involved with it!” (In his second great painting of floor planers, made a year later, Caillebotte chose to show the central figure fully clothed.)

“The Floor Scrapers” is a masterpiece that repays long study. But, despite his attention to the laboring poor, Caillebotte intended no radical critique of the social order. Gilded wall moldings and the nicely ornamented balcony peeking through the large window in the upper left firmly place us in a bourgeois apartment, and the hazy dome of Saint-Augustin just visible outside locates us even more precisely at 15 rue de Lisbonne. The artist painted the laborers busily shaping up his own studio and, perhaps conscious of the recent events of the bloody Paris Commune, kept them tightly constrained by the artificial horizon line suggested by the studio walls. (Luke A. Fidler)

Gustave Caillebotte’s “The Floor Scrapers,” through late August at the Art Institute of Chicago, 111 South Michigan.