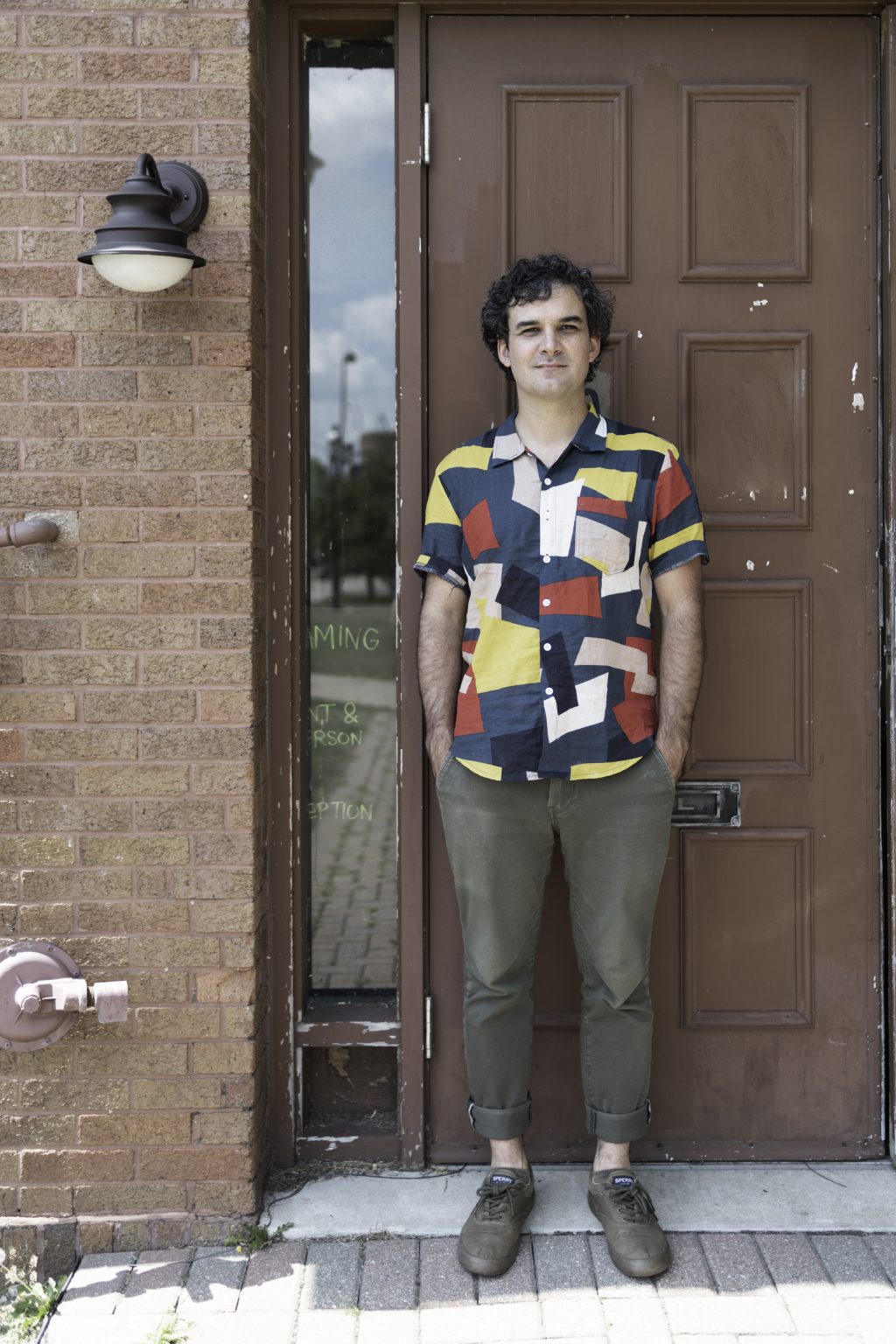 For this year’s Art 50, we cast a light on the behind-the-scenes cultural workers who ensure that Chicago’s art community thrives. Most of the collectors, curators, gallerists and administrators on the list wear multiple hats, evincing their passion for the arts. As executive director of the Comfort Station, the community-focused multidisciplinary art space in Logan Square, Jordan Martins is a master of weaving sometimes disparate parts into a vibrant panoply. Thanks to support from the MacArthur Foundation,  the Comfort Station hosted ten artists from Brazil this August in a cultural exchange program, with the intention of encouraging creative discourse around ideas such as the African diaspora and contemporary Latinx/Latin American identities. 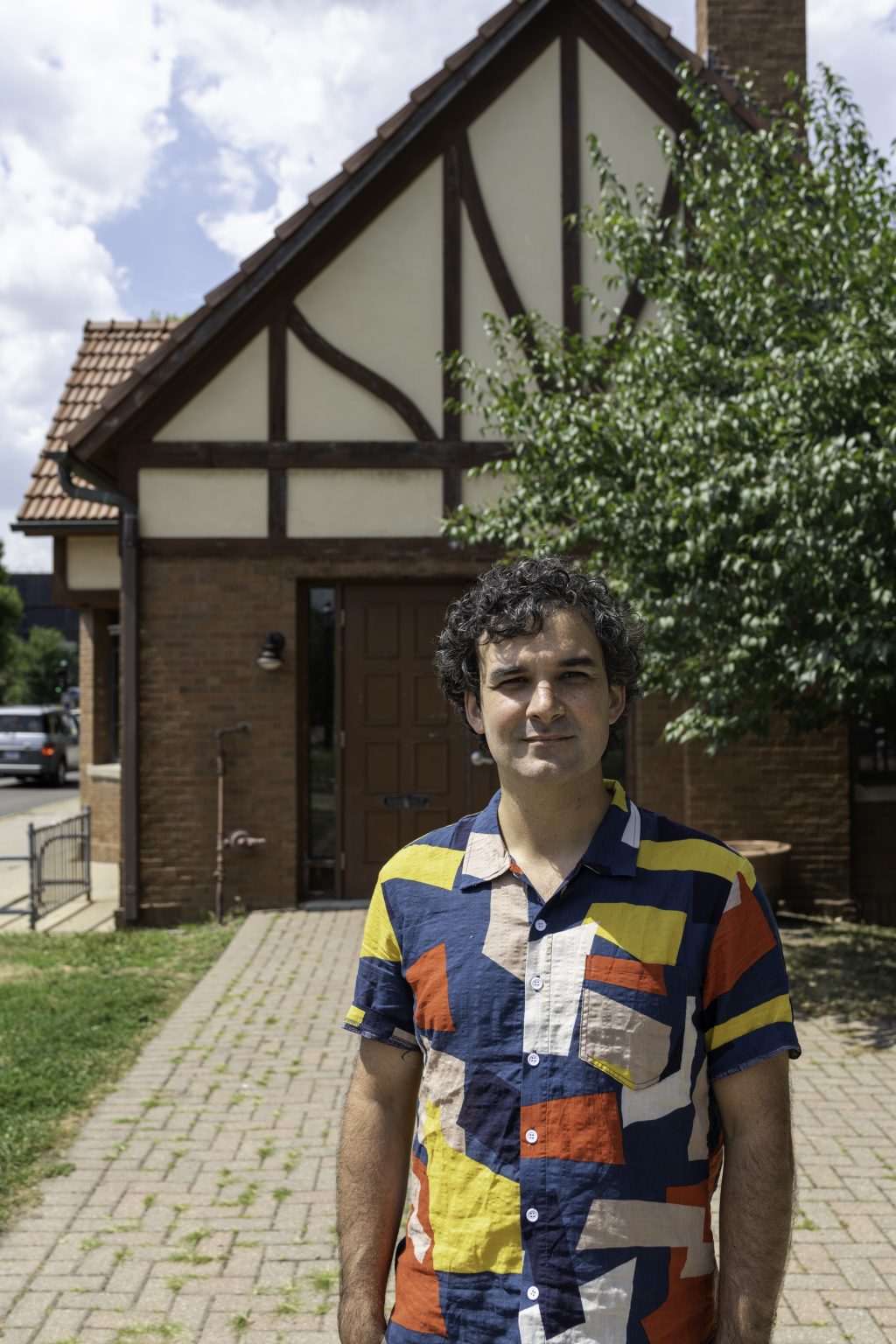 Are you from Chicago originally?

I’m not, but my dad grew up here so I’ve got tons of family. I never lived here until I was in my mid- to late-twenties. But I’ve lived here longer than I’ve lived anywhere else in my life, so it feels like home.

Along with being the executive director of Comfort Station, you’re an artist and you also teach. How do you balance everything? Do these roles feed into each other?

Thankfully, they feed into one another. If they didn’t, I don’t know what I would be doing because it definitely is difficult. I think this is a thing that a lot of people in Chicago would find familiar. I’ve always been pulled by multiple inclinations. I made decisions along the way to calibrate that. I also play music and I decided well over a decade ago that that would take a back seat, and would be the hobby.

The art practice has always been the most important thing to me. Obviously, I think teaching feeds into that in direct ways. That’s also how you’re a good art teacher, if you let it feed into it.

The Comfort Station thing was never the plan. I never had any interest in being an arts administrator, an art leader. It just happened. For years, I thought it would be something I would do for another year, and it’s grown immensely. I’m still figuring out what my longterm plan is, for how I act as an arts administrator, versus my own artistic practice. Again, I think they do feed one another. A mentor of mine has a similar dynamic, he’s a musician and a music festival producer. He’s talked about how in his mind it’s all drumming. I felt intuitively, early on here, that this tied to most of my art practice, which is dealing with ideas of collage. I’m interested in arts administration in a general sense, but I’m very interested in what this particular place, this particular building, this particular context could be turned into. My inclination to work with it and to facilitate its growth was all kind of thinking of it as a collage. Joining different forces together, seeing how they could build on one another, or cancel one another out, building up a multiplicity of forces around a single thing.

How did Close to There <> Perto de Lá come about?

I went to grad school in Salvador, Brazil, and always wanted to maintain some sort of active project or activity there. I’ve gone back a few times in the past eleven, twelve years. Four years ago, I wanted to stay a little longer and develop a deeper project with some friends of mine, a couple that had an organization called Projeto Ativa, which is who we’re partnering with. I stayed there for six weeks, and we built out this program that in hindsight is very much like Comfort Station—it’s a multidisciplinary space that’s kind of schizophrenic—you’ve got different levels of experience of artists coming in. It was great. We did it in this space behind this very classical museum in Salvador that let us use their abandoned storage facility for this occupation, as we called it.

My collaborators, Lanussi Pasquali and Joãozito Pereira, and I had the intention of turning it into an annual or a biennial thing. I brought over a lot of Chicago-based work in my suitcase, some textile pieces. So this idea of a Salvador-Chicago connection was in that project. The idea was we would build on it and bring more folks there in a year or two. And then the economy in Brazil tanked. Previously, Joãozito and Lanussi had pretty good access to state funding for some pretty big projects, and with one version under our belts we thought we could fund it at a big level. The economy tanked and then the political turmoil started. Then Joãozito and Lanussi both got cancer, and João passed away. So in a very short period of time, it was like this dream we had washed away several times over.

Then a year or so later—less than a year after [João] passed away—I got an email from the MacArthur Foundation, a form email, that I think everybody gets if they receive MacArthur Treehouse funds, which we do. It said that we were eligible for this grant, and the application was due in ten days. I didn’t want to leave any money on the table, so I talked to my board chair and said I thought we should apply for it. There was no time to have any meetings or brainstorm with the board. She said, “Just write it.” We thought we wouldn’t get it, in part because it was double our operating budget at the time. Then we got it. It was written very much from the heart and very much with nothing to lose.

Ever since I moved here, I always wanted there to be some kind of bridge between Chicago and Salvador. In part, because I had a very mind-expanding time in Salvador, and there’s this urge to share it with people you know. Also there’s some interesting and very productive parallels, but also asymmetries. Both cities have the same size population, they’re both three million people, more or less. They’re both points on the African diaspora, in very different ways. Salvador was one of the epicenters of the South American slave trade, and Chicago is this node through the Great Migration. Favelas look completely different than the South Side of Chicago, but in many ways they face very similar marginalization. So we thought, bringing artists from these communities, without even prescribing the curatorial framework of how that conversation would happen, would be productive.

How did you select the artists?

It was a long, layered conversation on both sides. My partners, so Lanussi Pasquali and Juci Reis, who’s part of a studio called Harmonipan, discussed the criteria being about multidisciplinary artists with a range of practices and experience represented. For obvious reasons, we felt it was important that all the artists were black artists, Latinx or Latin American artists. African-American and Latinx artists from Chicago we thought would have avenues of thinking that might be in a groove with things in Salvador, but then also get lost. Edra Soto’s work is a good example. There’s so many things about Puerto Rican colonial history that have interesting parallels in Salvador, but then they’re also totally different things.

I know the plan is that the Brazilian artists are here in August and then next year, Chicago artists will go there. Is there a final project or an intended outcome?

We always said, in the grant proposal, we want to have some programming, but the programming is almost secondary to the informal passing through the city and passing through the artistic communities. The programming is to give the artists something to share and to give them an opportunity to get some visibility and to collaborate in certain ways. But it’s almost more about creating a framework for them to meet one another, talk, hang out, have beers afterwards, visit spaces. There was no deliverable. For a lot of foundations, they don’t like that. They want to see a deliverable.

Can you talk about the programming? I know the artists are here for ten days.

We asked each artist to give a proposal based on what they would like to do in general. Then we looked for possible partner institutions that would be a good fit, both for their particular proposal or for the work they make. We’re partnering with a whole host of people: Stony Island Arts Bank, the Poetry Foundation, Spudnik Press, Links Hall, the Franklin, 6018North. A few events are happening here. Our normal lecture series every Sunday is going to be populated with lectures having to do with these artists. Poetry Foundation developed a particular event with Alex Simões. I was keen on having improvised performances between the musicians and dancers in the project. One of my favorite events, if I could choose one, is at Links Hall, “Bahian Vibrations,” where dancers and a few musicians from this side of the project and some invited guests are doing two sets of purely improvised performance. Links Hall has a pretty rich history of that kind of practice, so we thought that it would be cool to not only have those artists do that, but also have another layer of them tapping into what I think is a very Chicago thing. The interaction of improvisational dance is a thing that we do well here.

This is an interesting project for a lot of reasons, partly because there are eerie parallels between what’s going on politically in the United States and Brazil. Why is this project important in this moment?

When we wrote the proposal, we wrote about that. It was before Bolsonaro was elected, when this dark turn in Brazilian politics had already happened. Dilma had already been impeached. That was a straight-up political coup, actual coup. So the Bolsonaro election hadn’t happened yet, but the seeds of that were firmly planted. What’s been interesting to see is that with all my Brazilian friends, when that election happened, it was déjà vu. On Facebook, I was watching the grieving process. I was watching the denial, anger, acceptance. Eventually I think we in the States, and in the arts community and in Chicago, have developed a resolve around, not just the need for more political gestures in the arts, but more artists simply being politically active, more conversations that directly address not only the immediate political situation but the broader cultural things that it’s tied up in. You see a lot more direct discourse and action in the art world around that. You see that happening in Brazil, too. Part of what we thought would be fruitful is the conversations that are going to happen. I have my own thinking about these parallels and what they might be. But I think what’s most important is that there are these artists who are going to have a chance to compare notes in an intimate way, of their own personal experience, in a sense of how it’s changed them in their art practice, how they’ve reevaluated certain things. I’m excited to see those connections unfold.

Other than this huge project, do you have anything else coming up?

I have a solo show at Goldfinch called “Plant Strategies.” And I’m curating a small group show in the back gallery called “Animal Tactics.” That opens September 15. I’m doing a project with Yolocalli, they’re based in Little Village, a collaborative, camouflage net project with their teens. That should be happening in October.