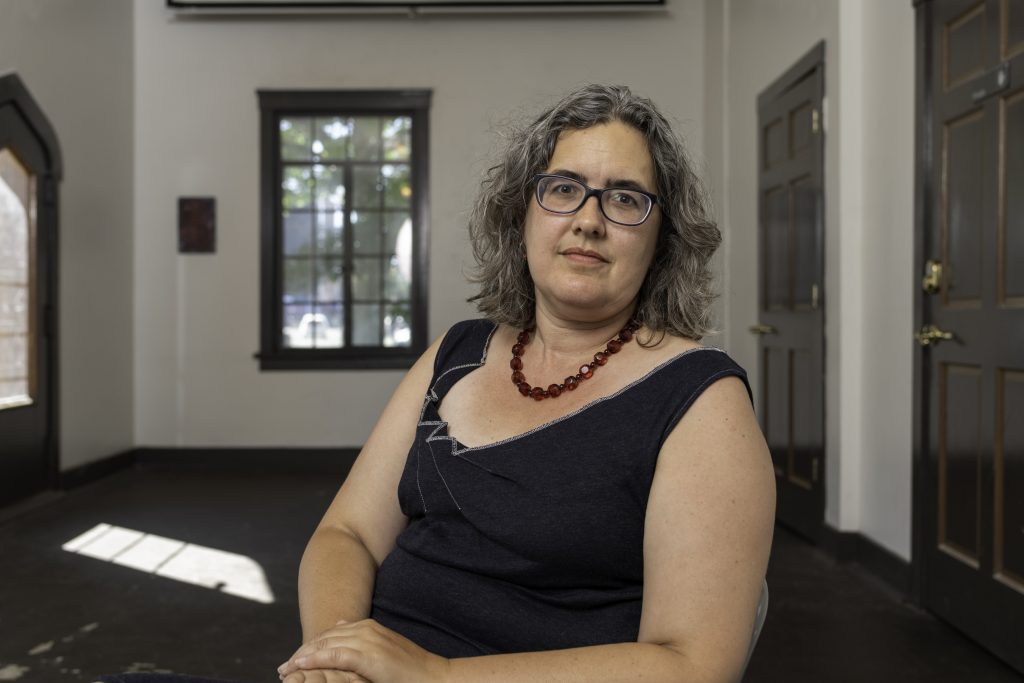 50
Rebecca Zorach
Mary Jane Crowe Professor in Art and Art History, Northwestern University
Art historian Rebecca Zorach’s work has set a groundbreaking standard in archiving the black arts community in Chicago. In the past two years, she has published the book, “Art for People’s Sake: Artists and Community in Black Chicago, 1965–1975” and co-edited an anthology of multidisciplinary work around Chicago’s 1967 mural known as “The Wall of Respect.” Her work has played an important role in educating new audiences (and funders) about the significant body of work artists of color have contributed to the city and has allowed for connection between aging black artists and the dynamic group of young artists making work now. As Zorach swings toward a new project focused on ecology and themes of nature as a source of human artistry, she continues her work at the South Side Community Art Center to ensure scholars have the resources and training necessary to continue the work of documenting the black arts community. 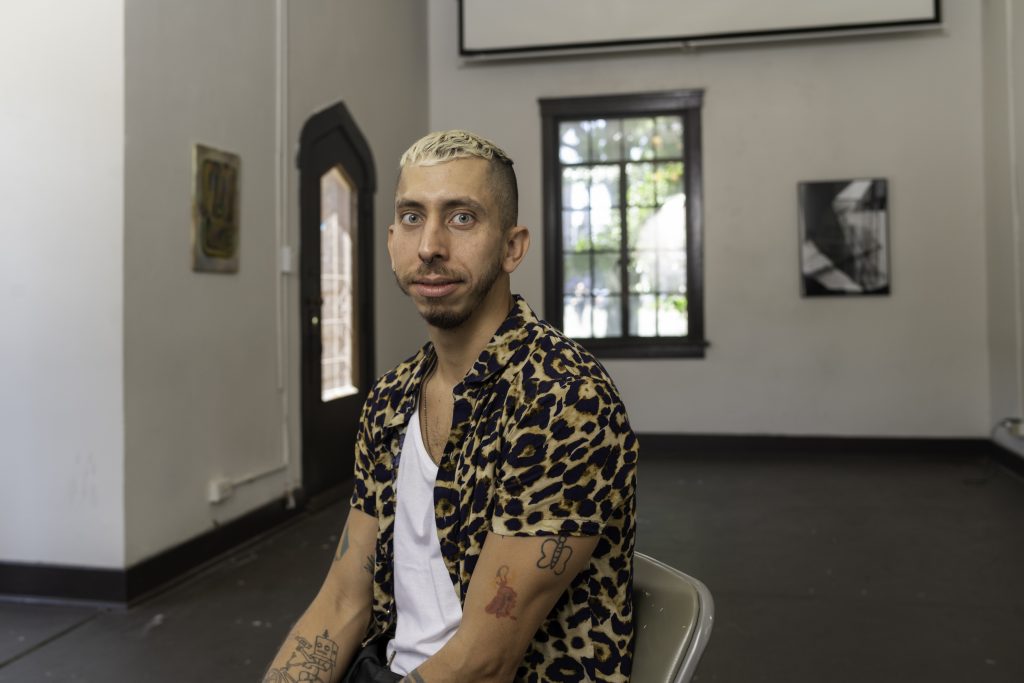 49
Vincent Uribe
Gallerist and Owner, LVL3; and Art Director, Arts of Life
Since beginning work at Arts of Life in 2013, Vincent Uribe has transformed the image of the organization, known in the past for its general support of individuals with mental and physical disabilities, to one that celebrates their artistic talent and drive. As the organization’s art director, Uribe makes a point of pairing the organization’s sixty-plus resident artists with local, national and international artists to encourage learning and exchange, and to amp up the visibility of the organization. Building connections and sustainable community is key in Uribe’s work, and this spirit carries over to LVL3, the gallery he founded in 2010 as a sophomore at SAIC, where he focuses on group shows featuring artists from across the globe. Committed to the visibility and sustained practices of Chicago artists, Uribe is positioned to drive the city forward as a progressive destination for the arts. 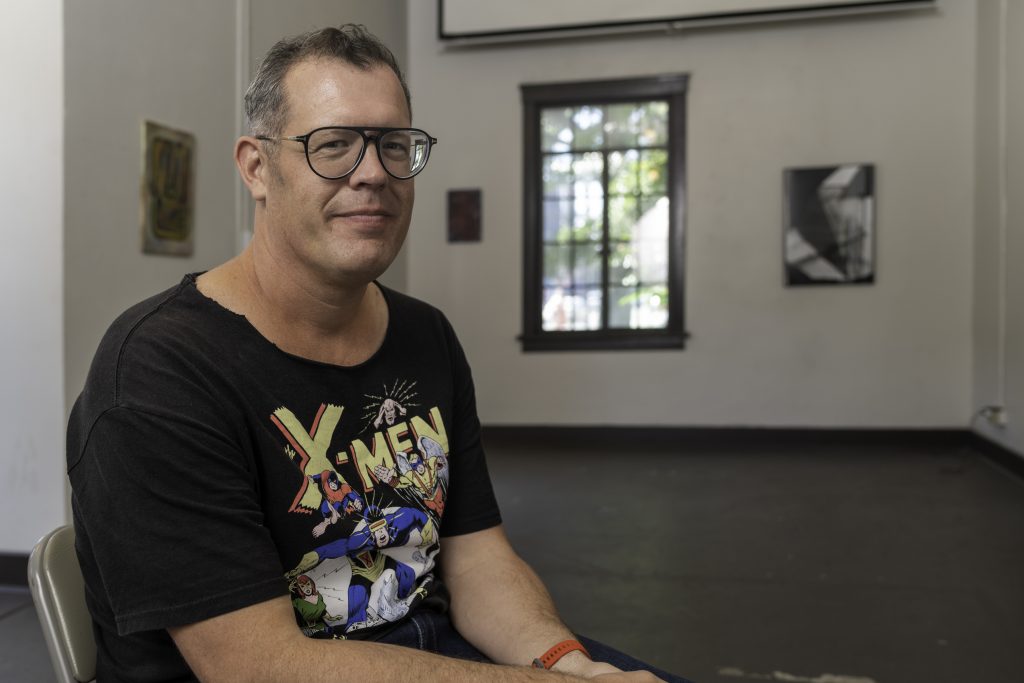 48
Zachary Cahill
Director of Programs and Fellowships, Gray Center for Arts and Inquiry, University of Chicago; Editor-in-Chief, Portable Gray
In addition to his own artistic practice, Zachary Cahill is the director of programs and fellowships at UChicago’s Gray Center for Arts and Inquiry, where he edits a biannual journal, Portable Gray. The journal was launched in 2018 to showcase interdisciplinary research at the center of the Gray Center’s work, providing a rich mixture of artwork, essays and interviews, as well as more formal scholarly work. Last year, Cahill also published his first novel, “The Black Flame of Paradise,” funded in part through a Graham Foundation grant, which considers the significance of religious architecture. 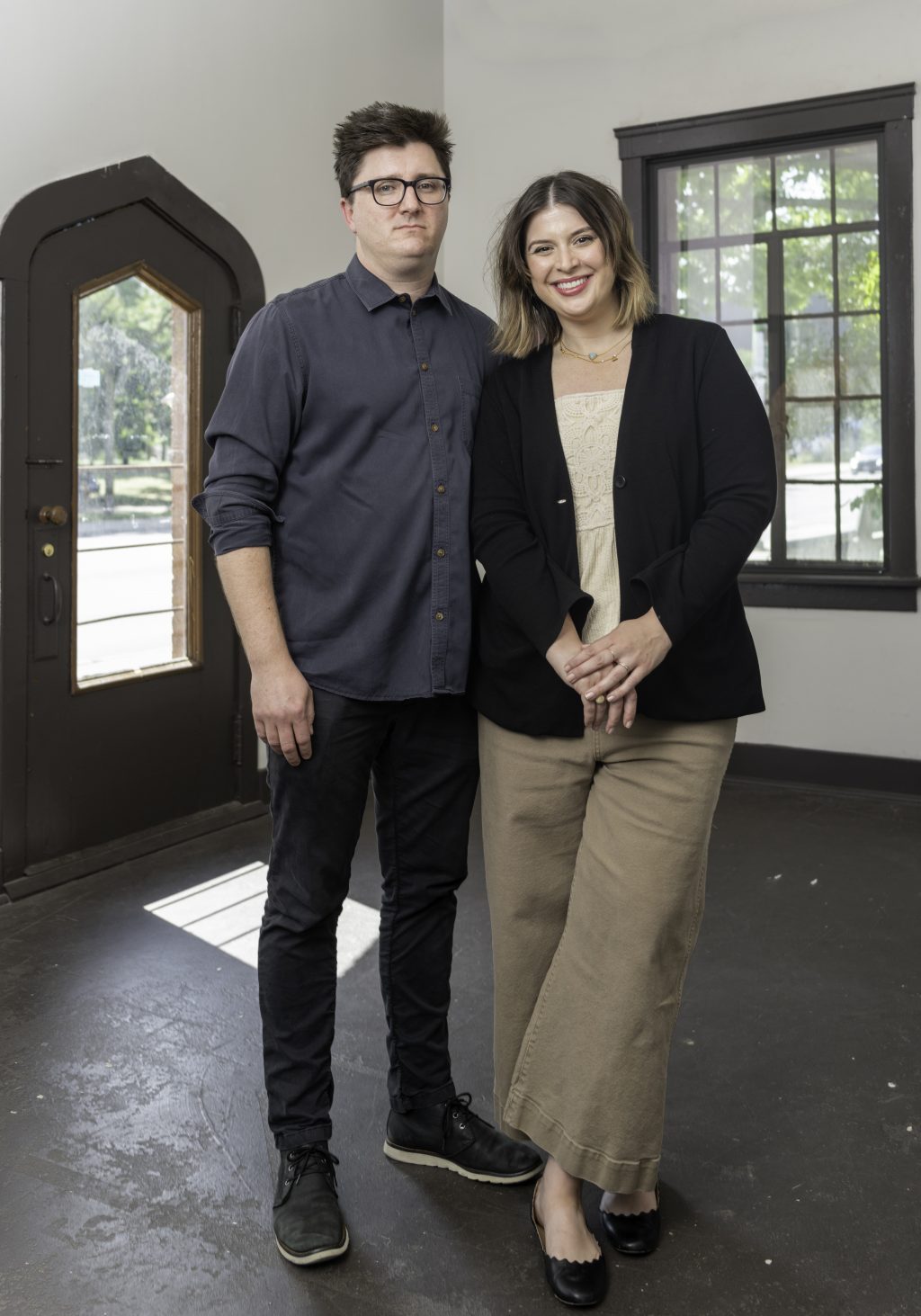 47
Natalie Popovic Schuh and Mike Schuh
Gallerists and Owners, Regards
Husband-and-wife team Natalie Popovic Schuh and Mike Schuh founded Regards in 2014, with the intention of showing work that challenges formal conventions and pushes artists beyond the boundaries of their own practice. “We strive to make this a place where artists feel comfortable taking risks with their work and presenting it in such a way that respects the intelligence of our audience by not making it easy for them,” Schuh says. Devin T. Mays’ 2018 performance, “Bulldogging,” embodied this ethos: the artist shadow-boxed himself until he nearly passed out, while accompanied by a church choir. Judith Geichman’s most recent painting show led to the Chicago artist’s first-ever institutional acquisition, by the MCA. Regards’ programming has caught the eye of the international community as well; they will exhibit this September at NADA’s inaugural Chicago Invitational.

46
Julia Fischbach and Emanuel Aguilar
Founders and Directors, Patron Gallery
Since its founding in 2015 by former Kavi Gupta directors Julia Fischbach and Emanuel Aguilar, the West Town gallery Patron has thrived. Over the past year, Patron has expanded its exhibition programming to New York City, Los Angeles and Mexico City. They’ve staged challenging, imaginative shows, including Myra Greene’s “Minor Chord” and “pour toujours,” Kay Hoffman’s first solo presentation in a commercial gallery in over three decades. Patron has also upped its artists roster from ten to sixteen, including locals like Daniel G. Baird and Alex Chitty. To keep up with this growth, Patron recently hired Olivia McManus as director. Patron will be exhibiting in September at NADA’s inaugural Chicago Invitational. 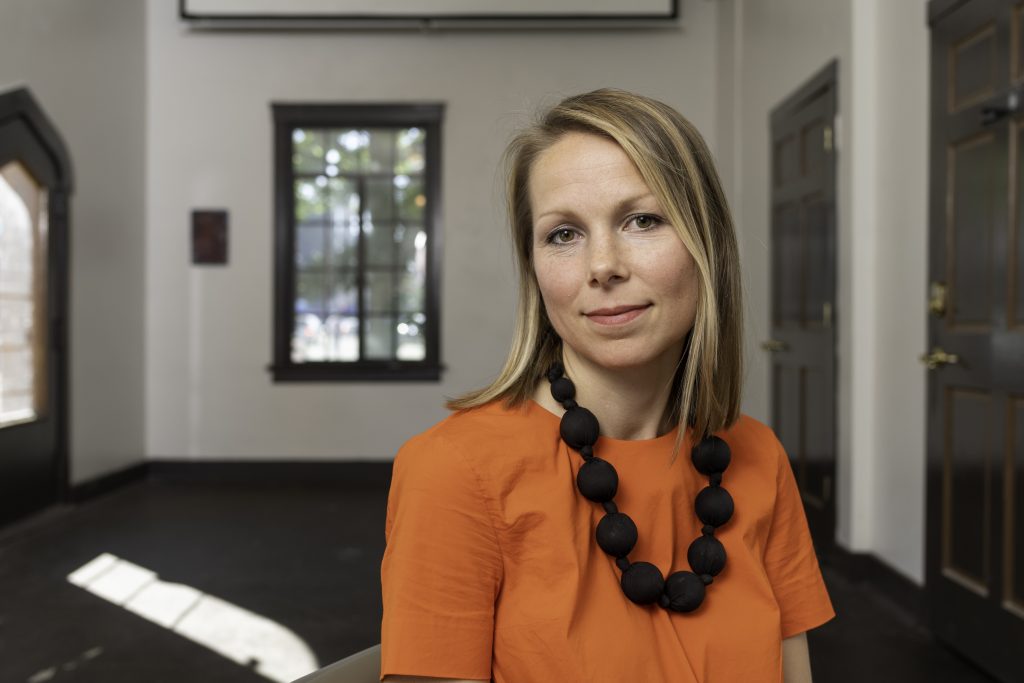 45
Anastasia Karpova Tinari
Director, Richard Gray Gallery
Anastasia Karpova Tinari became a director at Richard Gray Gallery this March, moving on from her previous directorship with Rhona Hoffman. The gallery is in a sustained period of growth, opening Gray Warehouse in 2017. But Tinari’s creative vision has long extended beyond her day job. In 2017, she ran Anastasia Tinari Projects, which prided itself on showing the work of emerging and mid-career artists, such as Zachary Cahill and Mequitta Ahuja. “AT Projects” now exists as a roving curatorial service. For one such project last year, Tinari organized Benjamin Larose’s solo booth for the Chicago Artists Coalition at EXPO. “Chicago’s art community has a uniquely supportive, ‘get it done’ spirit that makes this kind of independent work possible,” she says.

44
Liz and Eric Lefkofsky
Collectors
Philanthropists and collectors Liz and Eric Lefkofsky founded the Lefkofsky Family Foundation in 2006, with the intention of giving back to the city in a wide range of areas, from arts and culture to education and human rights. Liz, who has worked in the nonprofit sector for many years, sits on the board of the MCA and the Ravinia Festival. The couple have made sizable donations to a long list of cultural institutions, including the Steppenwolf Theatre Company, the Art Institute of Chicago, the MCA, the Chicago Architecture Biennial and the Renaissance Society.

43
Neil G. Bluhm
Collector
The former managing principal at Walton Street Capital, Neil G. Bluhm holds one of Chicago’s greatest private collections, with a primary interest in postwar and contemporary art. Despite upheaval with the Whitney Museum of American Art’s board over member Warren Kanders’ ties to weapons manufacturing, Bluhm and his daughter Leslie stayed put in their spots as trustees. (Kanders eventually resigned.) A life trustee of Northwestern University and the Art Institute of Chicago, Bluhm has made sizeable gifts to the MCA, the National Museum of African American History and Culture, After School Matters and Marwen.

42
Helyn Goldenberg
Senior International Fine Arts Consultant, Sotheby’s and Collector
Helyn Goldenberg is a formidable figure. She has been an avid supporter of the Chicago art community for decades, through her career as an arts administrator and consultant, by serving on boards and as a collector. Her collecting interests run the gamut: minimalism, Pop art, Abstract Expressionism, social realist paintings. As a fine arts consultant at Sotheby’s, where she has worked since 1987, she works with collectors, museums and corporations to develop and refine painting and sculpture collections. The current president of the Arts Club of Chicago, Goldenberg was the first woman to serve as president of the MCA board and is now a life member of the board of trustees.

41
Barbara Bluhm-Kaul and Don Kaul
Collectors
Power couple Barbara Bluhm-Kaul and Don Kaul are two of the city’s most noteworthy collectors. Barbara is a life trustee at the Art Institute of Chicago and her husband is a trustee of the MCA, which makes sense, considering their interest in both postwar and contemporary art. Though they keep a low profile, the couple frequently make gifts and loan works out to institutions.