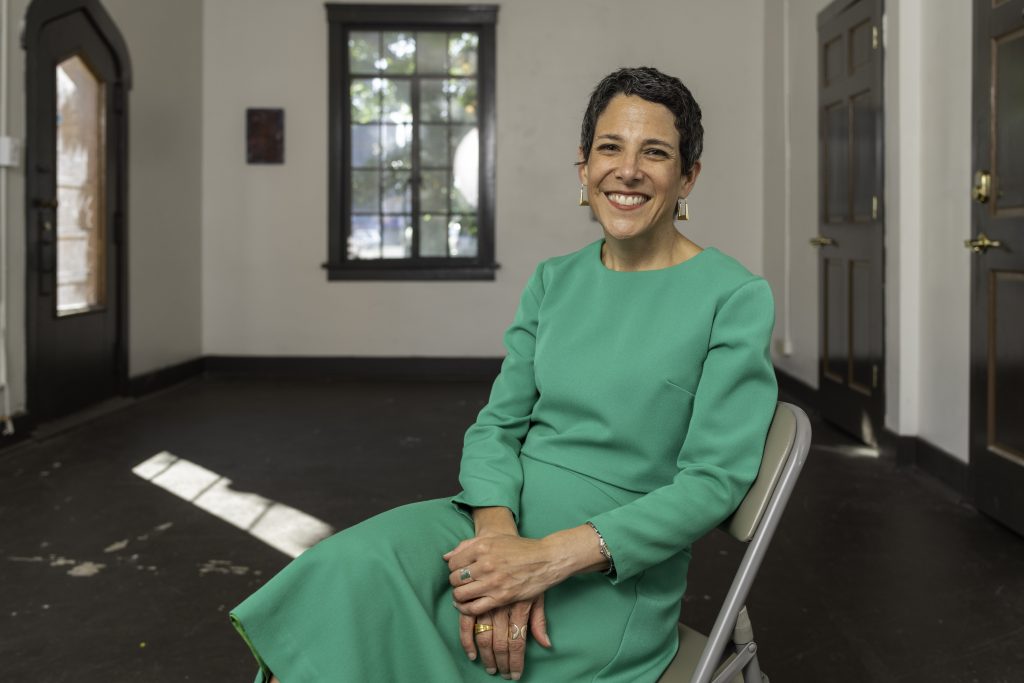 20
Jacqueline Terrassa
Woman’s Board Endowed Chair of Learning and Public Engagement, Department of Learning and Public Engagement, The Art Institute of Chicago
The Art Institute of Chicago has worked steadily to transform its culture by expanding access and complicating narratives of art, efforts spearheaded by Jacqueline Terrassa. Terrassa and her team work closely with youth and educators to develop programming that interrogates museum practices. They also lead public engagement, most notably with their annual Block Party, an all-day live arts event for the community. “The day really feels of Chicago, as our name indicates,” Terrassa says. As part of her commitment to equitable access, Terrassa and colleagues have been working on an initiative to increase the number of paid internships and to ensure that every intern experiences the museum as a whole as an inclusive and supportive place. 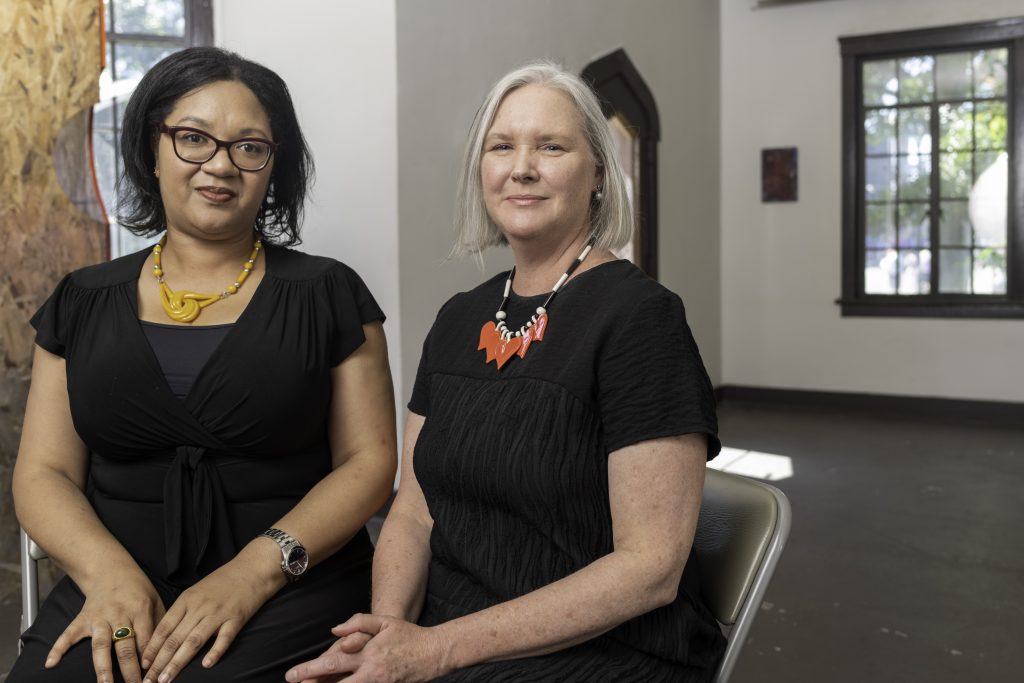 19
Janet Dees and Kathleen Bickford Berzock
Curators, Block Museum, Northwestern University
The addition of Janet Dees (Steven and Lisa Munster Tananbaum Curator of Modern and Contemporary Art) and Kathleen Bickford Berzock (Associate Director of Curatorial Affairs) to the Block Museum curatorial staff, in 2015 and 2013, respectively, has been a blessing to the university’s exhibition schedule. Under their curatorial expertise, the Block has made good on their mission to display visual art that looks broadly across cultures and time periods. Earlier this year, “Caravans of Gold, Fragments in Time: Art, Culture and Exchange across Medieval Saharan Africa,” had the biggest opening day in the museum’s history. Curated by Berzock, the exhibition was eight years in the making, and involved thirty-two lenders from six countries. Dees is at work on a 2021 exhibition that hopes to put contemporary conversations around anti-black violence into a historical context. Dees was a 2018 recipient of a curatorial fellowship from the Andy Warhol Foundation for the Visual Arts and was recently named an affiliate of Northwestern University’s Center for Native American and Indigenous Research.

18
Stephanie Cristello
Artistic Director, EXPO Chicago
After five years as EXPO Chicago’s director of programming, Stephanie Cristello’s adroit curatorial eye helped secure her recent promotion as the fair’s artistic director. Cristello is also the director and curator of Chicago Manual Style, a gallery she runs out of her garage. Her expertise extends to her publishing and editorial work, as editor-in-chief of The Seen, an international journal of contemporary art that she founded in 2013. In each of her roles, Cristello fuels cultural exchanges with leading global institutions as part of her desire for Chicago to be recognized as a core location of the global arts community. 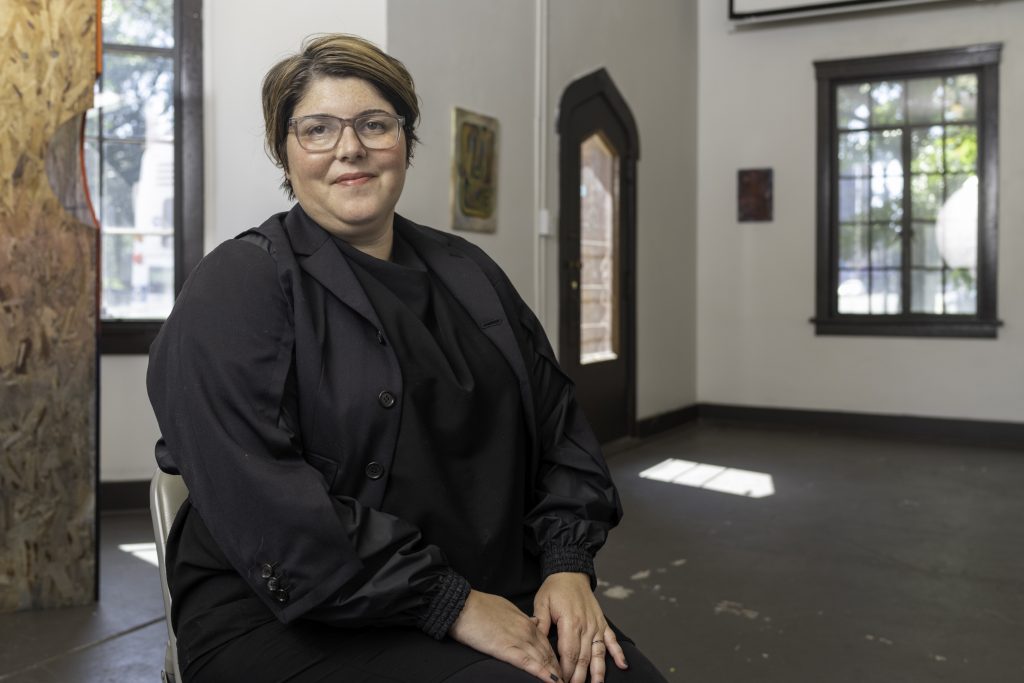 17
Alison Gass
Director, Smart Museum of Art
Alison Gass took over as director of the Smart Museum in 2017, and has made great strides  in her mission to make the museum welcoming to all visitors and to make the collection and programming more diverse and inclusive. Recent Smart exhibitions have taken a wide view of Chicago history and culture, from “Cross Currents/Intercambio” to “The Time Is Now! Art Worlds of Chicago’s South Side, 1960-1980.” As proof of the Smart’s increasing influence, Mayor Lightfoot borrowed an Amanda Williams piece commissioned by the museum for the recent show, “Solidary & Solitary.”  Last year, the Smart announced a major reinstallation of its collection and launched “Expanding Narratives,” a three-year, three-part series. The final chapter of the initiative is scheduled for 2020, and will include an ambitious global history of art. 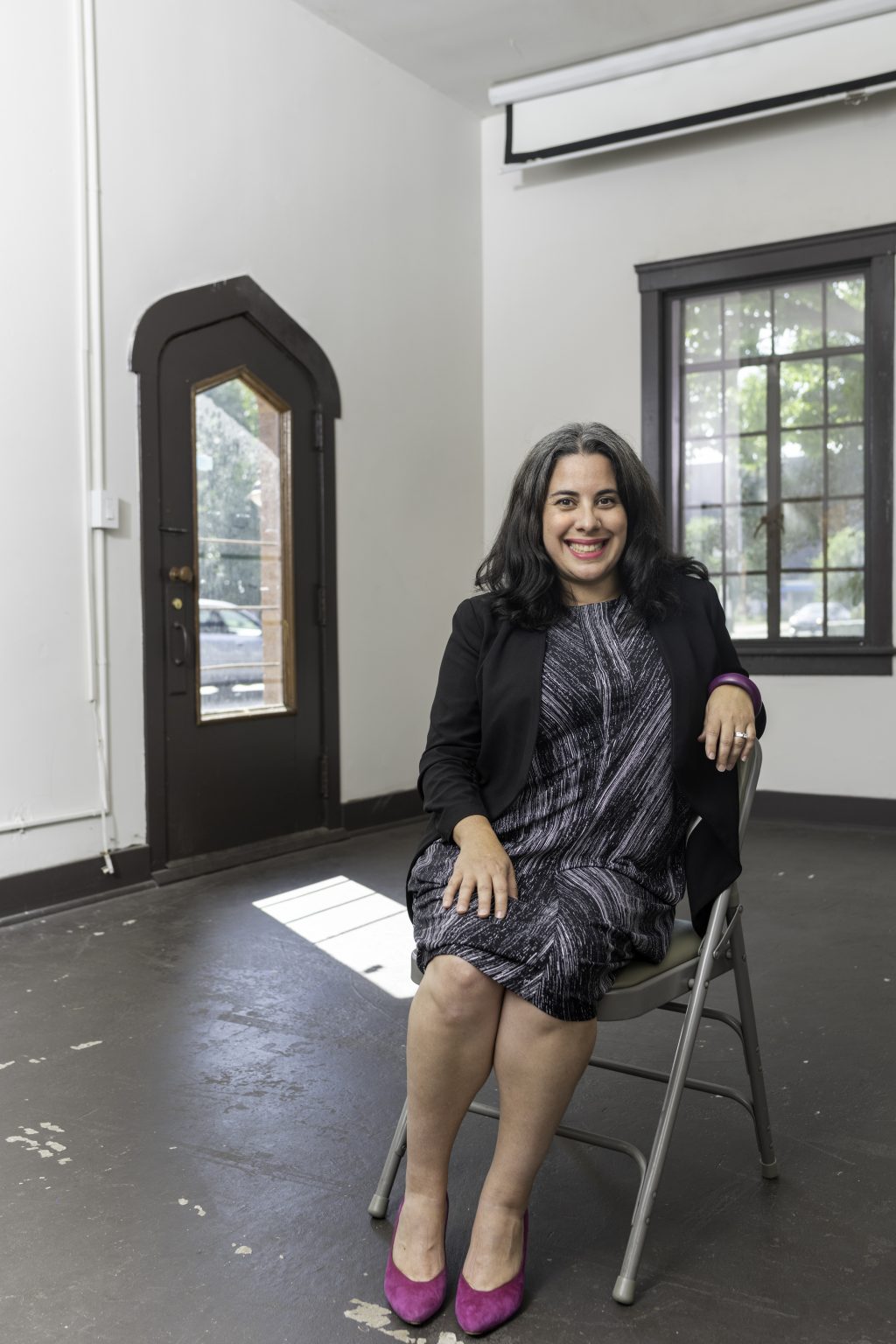 16
Julie Rodrigues-Widholm
Director and Chief Curator, DePaul Art Museum
“It’s very important to me that DPAM is part of the fabric of Chicago’s cultural life with partnerships and collaborations,” Julie Rodrigues-Widholm says. To that end, in the four years since she took the reins, the institution has served as a satellite site for the 2017 and 2019 Chicago Architecture Biennial, organized the group exhibition “Out of Easy Reach” alongside Gallery 400 and the Stony Island Arts Bank and served as a venue for the National Veterans Art Museum Triennial, with Eric J. Garcia’s exhibition “The Bald Eagle’s Toupee.” In keeping with her desire to ensure that DPAM reflects the city’s diverse communities, the museum has recently acquired works by artists such as Brendan Fernandes, Betsy Odom and Barbara Jones-Hogu. Rodrigues-Widholm is also leading a  multi-year research initiative into how art museums can work better with Latinx communities.

15
Sarah Herda
Director, Graham Foundation
During her decade-plus tenure as director of the Graham Foundation, Herda has brought the institution greater visibility, both in Chicago and around the world. The work of Graham fellows Brendan Fernandes and Martine Syms and grantees Sahra Motalebi and Diane Simpson was included in the 2019 Whitney Biennial. In addition to world-class programming, the Graham is the only private U.S. foundation to award project-based grants to individuals and institutions working on issues relating to the built environment. This year they awarded over $460,000 to sixty-three individuals working on architecture-related projects, and in 2018 gave over $600,000 to organizations engaging original ideas that advance our understanding of architecture and its role in the arts, culture and society.

14
Tracie D. Hall
Founding Curator, Rootwork Gallery; Culture Program Director, Joyce Foundation
Tracie D. Hall believes that having access to arts and culture is a fundamental human right. It’s a conviction that permeates all her work—whether it’s strategizing at the Joyce Foundation, showcasing the work of artists of color at Rootwork Gallery or curating an exhibition of art inspired by the Black Panthers, as she did last year at Stony Island Arts Bank. At the Joyce, Hall has had a hand in a range of community-focused projects, from helping Free Street Theater develop its new Latinx theater space StoryFront, to working to diversify the next generation of art leaders through the Arts Leader of Color Fellowship. Rootwork, the gallery Hall founded in 2016, is on pause as she searches for a new space; the Pilsen locale drew over 12,000 people to its exhibitions and programming. “I’m working hard to reach the next generation of artists and thinkers who see art as foundational to the work of social justice,” Hall says. “I see that as both a mission and a succession plan.”

13
Deana Haggag
President and CEO, United States Artists
Since taking the helm as president and CEO of the Chicago-based granting organization United States Artists two years ago, Deana Haggag has worked tirelessly to support artists. USA is one of the few arts philanthropy organizations to give unrestricted grants to artists—they award $50,000 each to fifty artists each year—and in recent years that generosity has increased. Haggag’s team launched the Berresford Prize in 2018, an unrestricted $25,000 award intended for a “cultural practitioner who has contributed significantly to the advancement, well-being and care of artists in society.” Haggag is especially proud that USA was able to offer 2019 fellows access to a certified financial planner, who can help them craft a plan for their award. “Giving people money is one thing,” Haggag says, “but helping them get robust and regular financial advice for their tailored needs is another thing altogether—that kind of ‘money therapy’ is invaluable.” 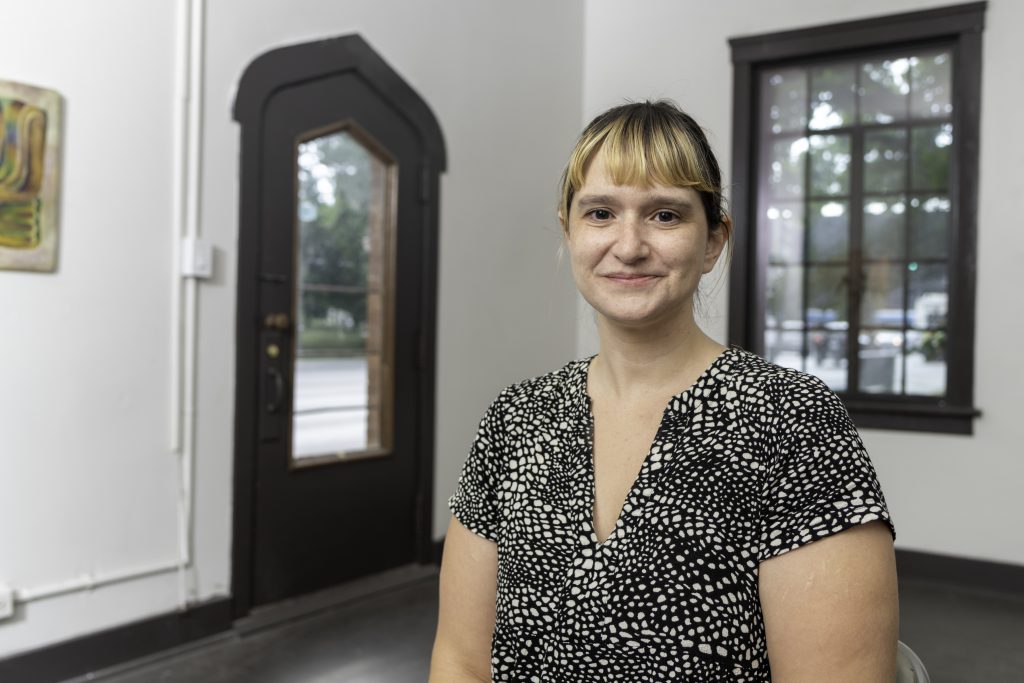 12
Kate Bowen and Emily Green
Acting Executive Director and Founder-Executive Director, ACRE
Born out of a desire to nurture emerging artists in a community-oriented, accessible and equitable way, ACRE (Artists’ Cooperative Residency and Exhibitions) has fostered the art community in Chicago and beyond since 2010. Founded by Nicholas Wylie and Emily Green, ACRE is spoken of in revered tones by anyone who has attended or volunteered at its rural Wisconsin summer residency program. The program improves each year based on participant feedback; has restructured its admissions process to make space for a more diverse cohort; runs annual equity training for volunteers and offers scholarships for queer artists and artists of color. ACRE has expanded its fundraising model in recent years to include a small store of artist-made objects and ACRE merch in their Pilsen gallery. Green serves as the executive director, but is on sabbatical until 2020; Bowen has served as acting executive director since January of this year. 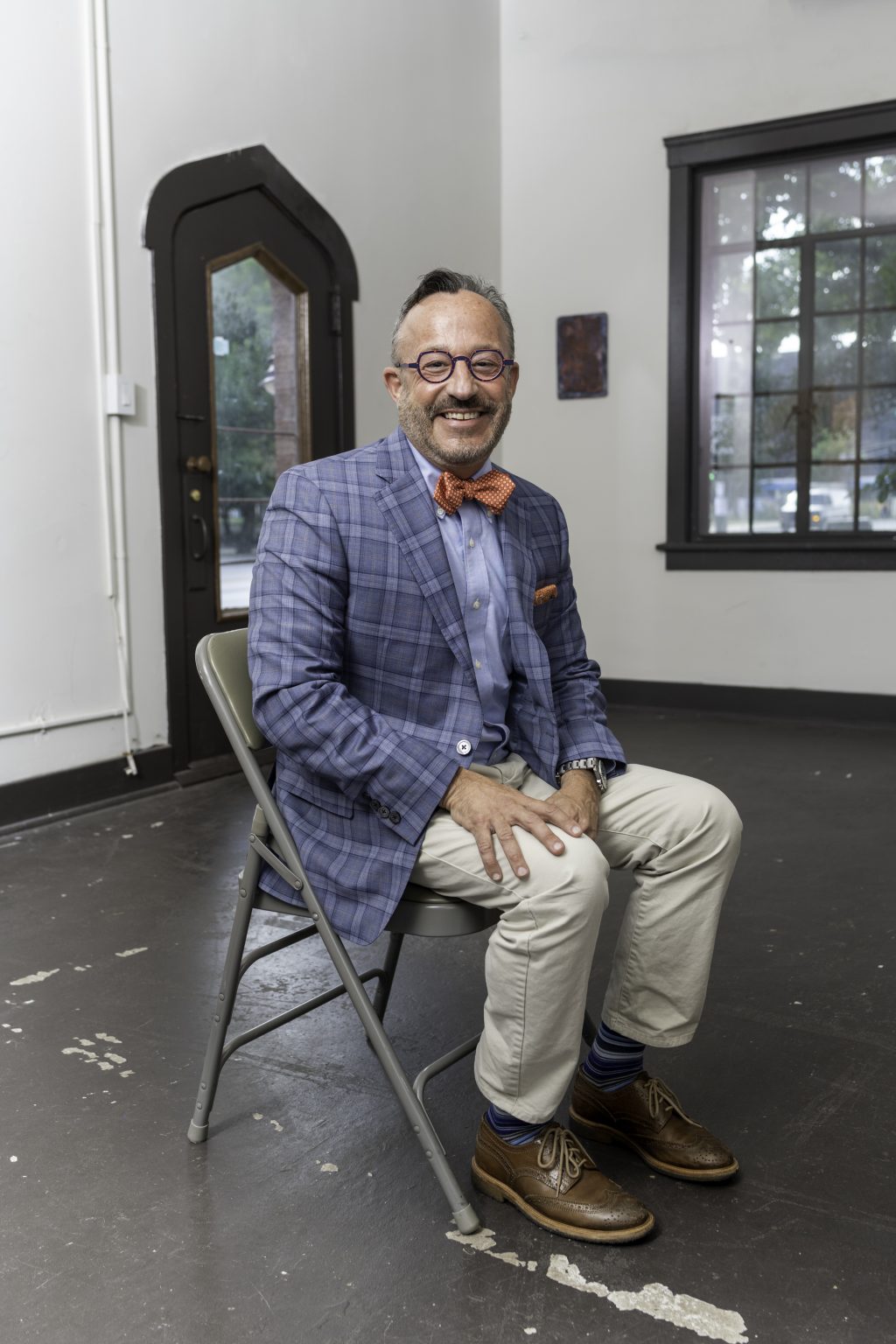 11
Gary Metzner
Collector; and Senior Vice President-Head of Office, Sotheby’s Chicago
As the head of Sotheby’s Chicago office, Gary Metzner has long been immersed in the world’s finest art, from Old Masters to contemporary greats. His office secured $21.1 million for Kerry James Marshall’s “Past Times” in 2018, the highest price ever paid for one of the artist’s paintings, and the most ever for the work of a living black artist. As the former president and now a member of the board of Threewalls, Metzner helped bring art to neighborhoods around the city. He also helps fund the Museum of Contemporary Art Chicago’s internship program. Metzner recently joined the board of the Chicago High School for the Arts, which is gearing up to celebrate its tenth anniversary. Metzner and his husband, Scott Johnson, are also avid art collectors, holding works ranging from Roger Brown to Andrew Holmquist.