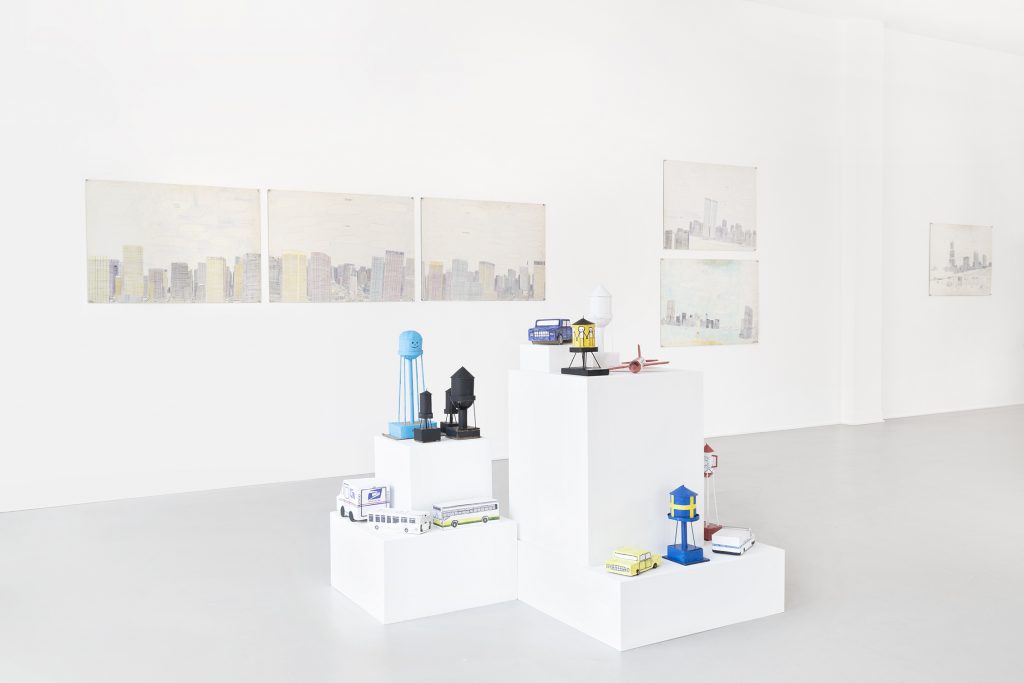 Wesley Willis (1963-2003) drew Chicago skylines on panels of white cardboard with ballpoint pens and colored pencils. Although his materials were cheap, the results were often stunning.

A picture postcard taped to the corner of one of his boards gives some idea of his talent as a graphic designer. The small commercial postcard looks west toward the city from the sky just above Navy Pier. Presumably Willis used it as his only reference (he could not have looked down from the Ferris wheel because it had not yet been built). Details have been minimized in order to maximize the thrill of pictorial space. Color has been sparsely and judiciously applied. The panel appears less like a view of the real world, and more like the view of a scale model. Individual structures are like toys the size and angle of which have been manipulated for graphic effect. Lake Point Tower looms overhead with a top that is wider than the bottom. Every building and car feels brand new, as if it had just come off the shelf. (Appropriately enough, this exhibition also includes toy-like sculptures of trucks and water towers by Wesley’s brother, Ricky). There is no sense of wear or time. These views present the bright, glaring wow of the moment, with no past or future. 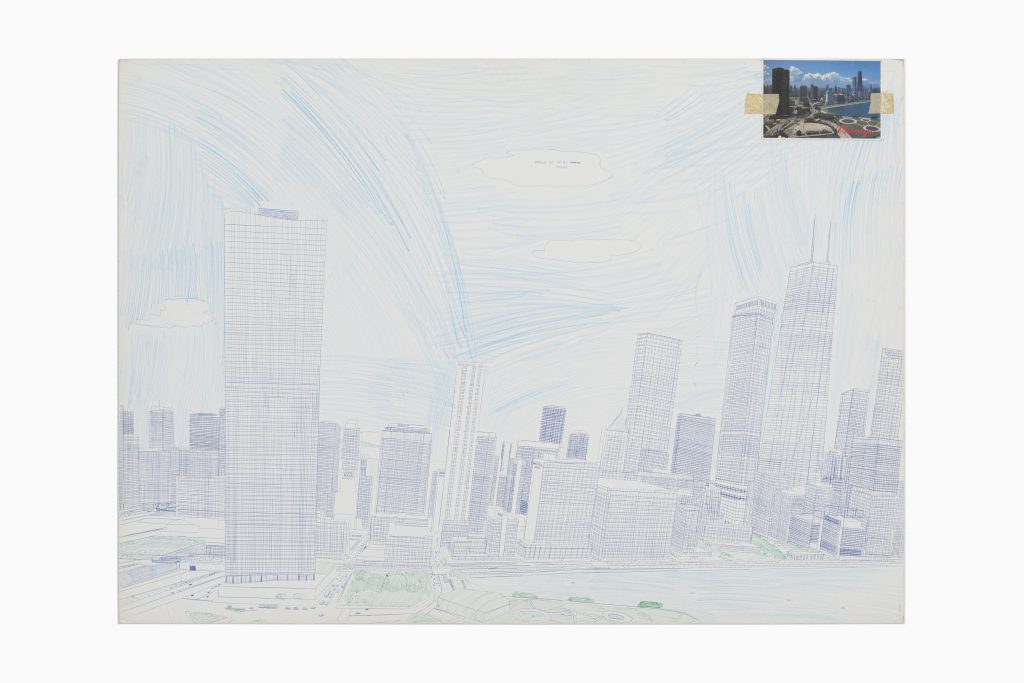 And then there’s the sky. The postcard presents a white cumulus formation blowing in from the west against a flat blue sky. The blue lines in the Willis sky are more like waves of energy emanating from the tall buildings. His clouds suggest the hovering spaceships of science fiction. Even though the artist grew up just a few miles south, his lake shore high-rises belong to a strange and alien world.

Most of the pieces feel like straightforward celebrations of a world-class commercial hub and architectural showplace. The text attached to an upscale interior view, however, includes a screed against then-President Ronald Reagan. The piece, titled “Chicago – City of Many Dreams” may be ironic. It feels unpleasantly cluttered, and all it shows are the lake, the sailboats and an all-too-familiar skyline. Can a city of dreamers really be so conventional? The rendering of “The Dan Ryan Expressway at 33rd Street,” however, is unequivocally thrilling. Presumably the artist was looking through the windows of the 35th Street Red Line station that straddles the highway. The Sears Tower (as it was then called), rising from floor to ceiling, serves as a bold exclamation mark in the distance. 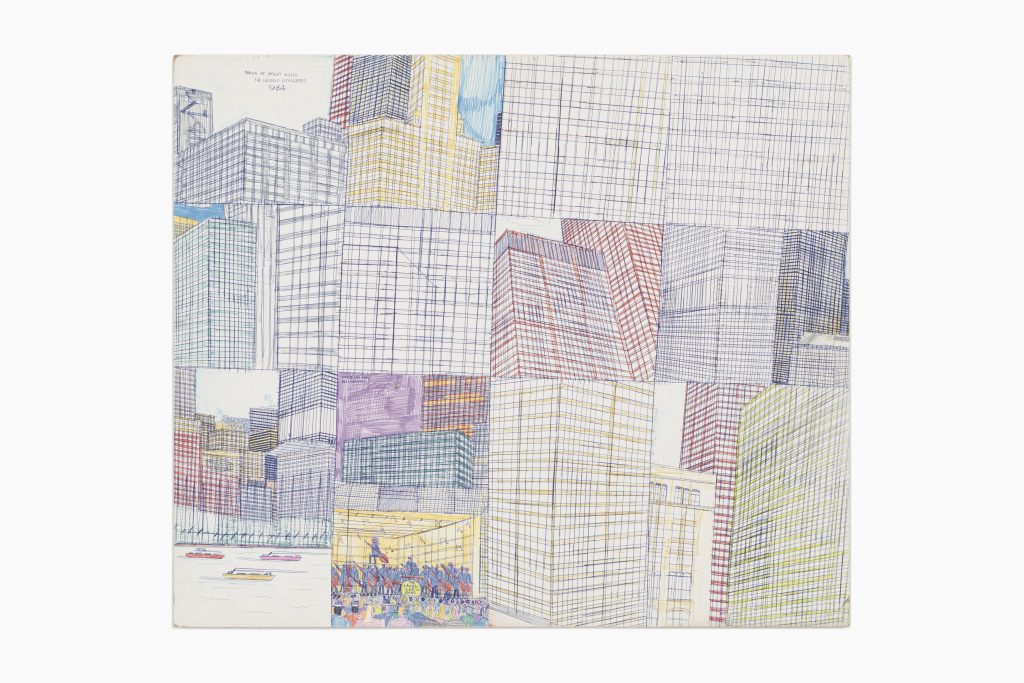 These are pieces that the artist sold on the street for something like twenty dollars, his only source of income. Yet he seems excited about each and every one. He was never just going through the motions. He drew as if his life depended on it. It’s that fierce commitment to living that’s the most remarkable content of this body of work.

When cityscapes no longer interested him, Willis began to write and perform his own raw, comic, exuberant music. Go to YouTube for “I Wupped Batman’s Ass,” among many other songs. The goofy narrative passages are fun, but the wordless intervals between them are even more so. In both drawing and music, Willis knew how to create a sense of drama. (Chris Miller)

“Wesley Willis: City of Many Dreams” is on view at Matthew Rachman Gallery, 1659 West Chicago, through November 17.