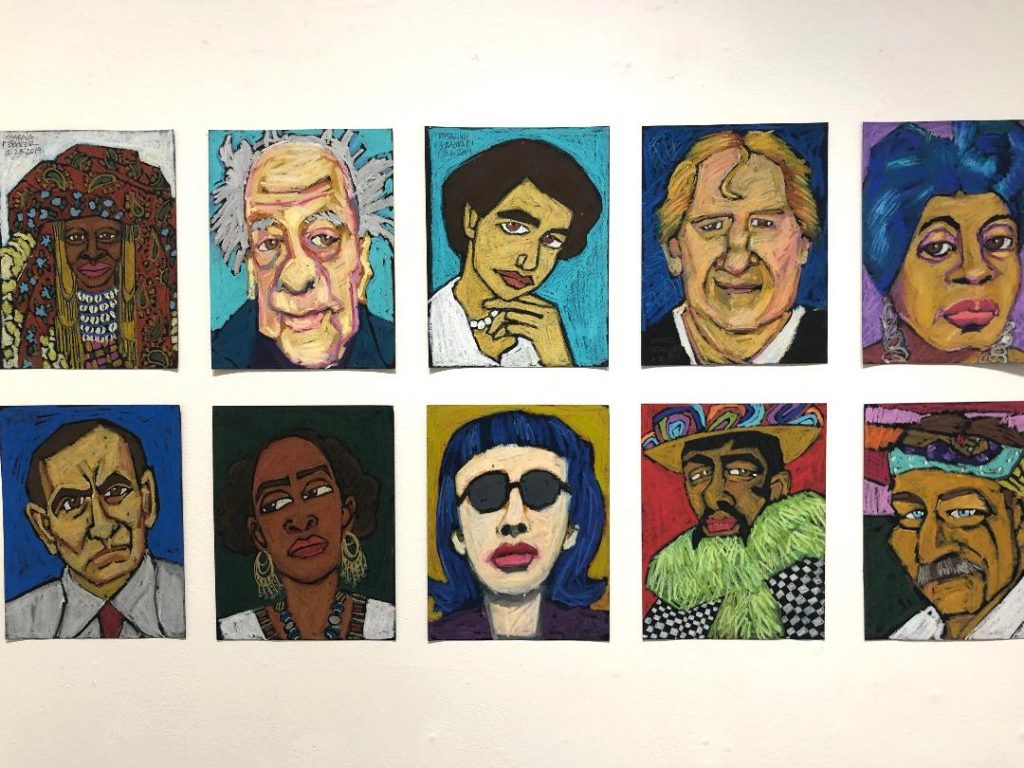 As the world becomes ever more cynical about truth and beauty, it’s important for artists to decide where they’re going, regardless of whether or not they actually ever get there. To kick-start that process, it might be useful to face a blank sheet of paper every day and make a new drawing, start to finish. In this exhibition of daily drawings, two of the artists appear to have embarked on such a quest—and both are searching for an updated female identity.

Tracy Cirves bases her line drawings on published photos that target young women as consumers of clothing, cosmetics and accessories. (Some of that source material is displayed next to her work.) As she explains in gallery signage, “I am interested in the culture of self care and the relationship between women and image.” That analytic stance probably comes from her higher education—she has an MFA from Yale—as does her apparent familiarity with the aesthetics of early modernist and expressionist painting. But I feel no distance between artist and subject, as if she herself were that adolescent girl looking through fashion magazines or lifestyle websites to build her identity as a woman. The designs are strong and the young women she depicts are compelling, though I wish both artist and subject would look deeper than popular culture. Isn’t that where art can go?

Emily Rudolph sketches figures or floral patterns that she may eventually incorporate into her larger depictions of domestic life. The quick sketches of people are awkward and the pattern studies are remarkable mostly for the skill of their quick execution. One of her large paintings, “Encountertop,” however, is also on display and is quite engaging. It sets a small dramatic moment of everyday life into an ambiance of repetitive patterns, much as Judy Ledgerwood’s “Chromatic Patterns for the Art Institute” smothered that conventional, patriarchal architecture with blowsy quatrefoils. The young couple sitting at the breakfast table with the spilled orange juice apparently cannot escape a stifling web of social norms. They are locked into their roles like characters in a sitcom. The young woman’s momentary dismay is touching and real.

The 118 daily pastel portraits by Carri Skoczek are a much different kind of project. Almost all the people she portrays are celebrities—although not the usual suspects. Nadezhda Popova, a hero of the Soviet Union, flew night bombing missions in the Second World War. Alice Guy-Blaché was a pioneer filmmaker. Many others, like Daisy Loongkoonan, an Australian Aboriginal woman who began painting at the age of ninety-five, are contemporary artists who may be unfamiliar. Only a third of her subjects are male. The lines are short, choppy and angular. The flat areas of color are more expository than aesthetic. The work has the immediacy and shallowness of popular entertainment. Now in the fourth decade of her career, Skoczek has achieved a view of humanity that is diverse and intriguing while reflecting the brash, busy energy of New York City, where she lives and works. 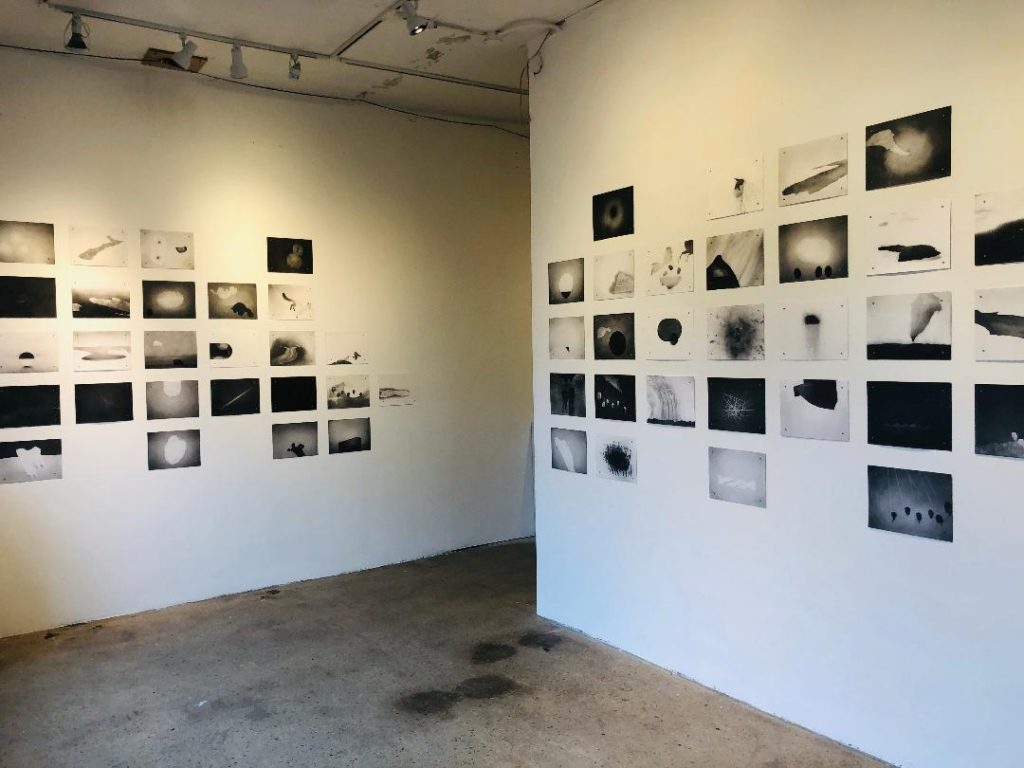 These three artists might suggest that surrealism is no longer crossing the Illinois state line into Wisconsin. All three look boldly outward at the world. The fourth “Day Drawing” artist, Christopher T. Wood, however, presents the strange world of his own imagination. Like the Imagists, technical virtuosity is upfront. While viewing his meticulous powdered graphite drawings, I couldn’t help but wonder how he did them. Unlike the Chicagoans, he has cultivated weirdness more than humor and his surrealism goes all the way back to the anti-realism of the nineteenth century writer, Alfred Jarry. Every drawing is an enticing puzzle. The objects they represent appear equally real and unreal. The only emotion is that tingling sense of disorientation appropriate for those white male artists who have no particular gender, ethnicity, class, faith or politics with which they wish to identify. His overall project is conceptual, considering each piece a component within an overall “Daydrawing” series, whose name was later borrowed by the gallery for this entire exhibition. The artist tracks where each drawing has been carried by those who purchased them, thus keeping them, in some sense, interconnected. Isn’t that just savvy marketing?

The concept that interests me more is the one suggested by this entire exhibition. Every day, all four of these artists, in their wildly different ways, have been facing a blank page in the post-modern, post-ideal, post-real world and filling it with whatever they think is important. What’s even more important is that they keep on trying. (Chris Miller)