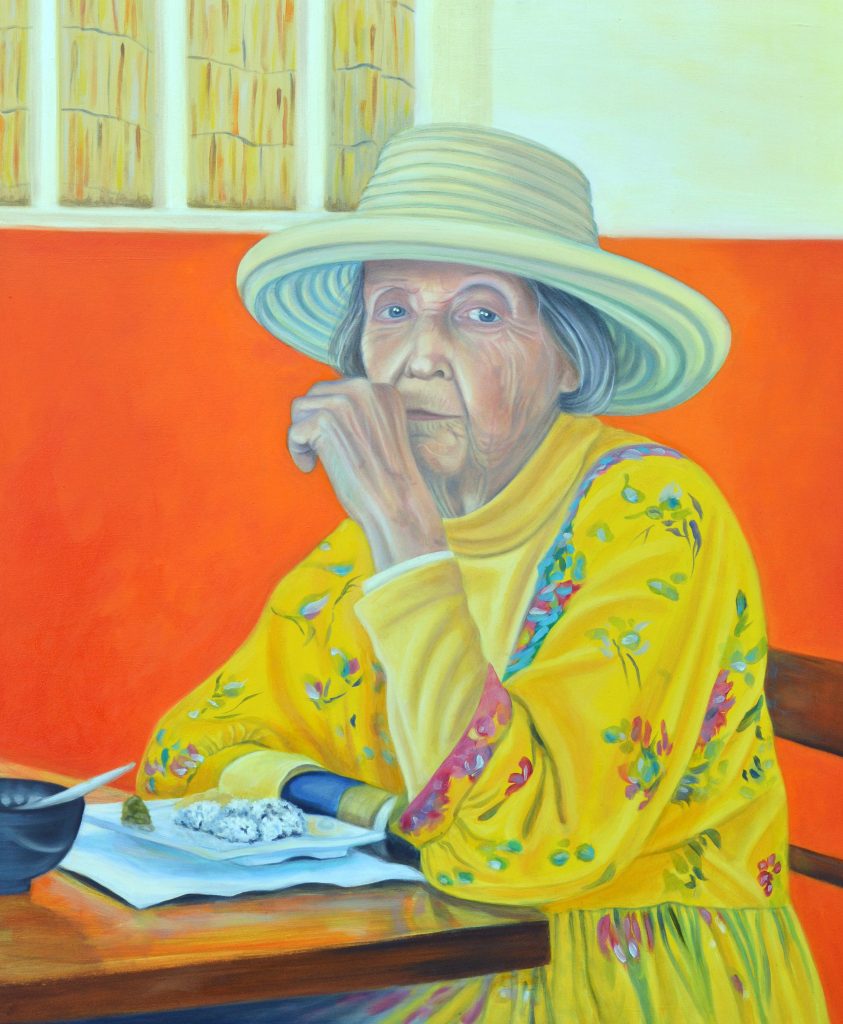 This exhibition is a notable departure from the academic mainstream art that is usually shown in this small, not-for-profit suburban gallery. Rather than offering a critique of conventional thinking, these pieces exemplify it. Rather than pushing the boundaries of our understanding of what might be called art, these pieces aim for the center of what is good, beautiful and true. Rather than echoing the painterly qualities that were emphasized by modern masters from Cezanne to Rothko, these pieces recall the concise narration of commercial illustration. Rather than graduating from the School of the Art Institute of Chicago, Jennifer Oldis-Kryczka graduated from the American Academy, a local commercial art school.

I don’t really miss the boundary pushing. Portraits of children here appear adorable, young adults idealistic, older adults wise, rolling hills and thick forests are soothing and inviting. I’ve sought out such representations a million times and that’s the kind of thing that can be found in this show. My desire to see them again in infinite variation is still not quenched. 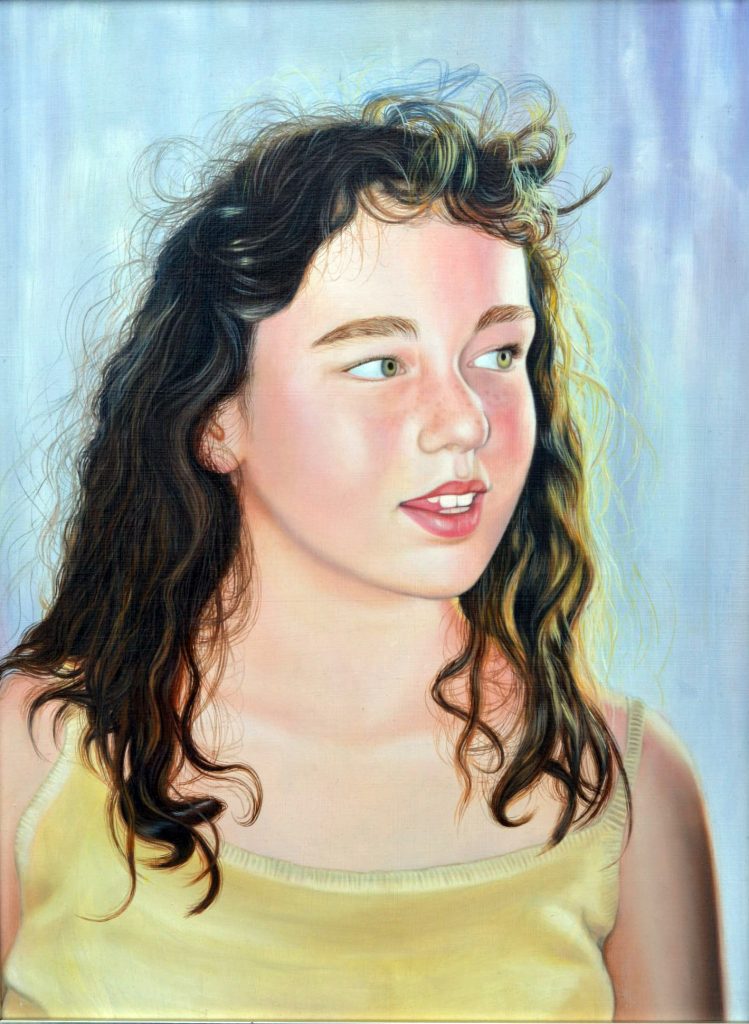 But I do miss the painterly qualities. Most of this painting appears based on photographic reference, which is not necessarily a bad thing. James Valerio is a local painter and graphic artist who appears to copy photographic details of his portrait subjects down to the tiniest wrinkle. Oldis-Kryczka can also copy the minutiae of photographs, depicting twisting, curly locks of hair with astonishing skill. Unlike Valerio, however, her marks never seize and shake pictorial space. Her muted colors and sinuous contour lines might suggest that she has been inspired by the portraits of Ingres. But unlike the work of that nineteenth-century French master, her lines never suggest the dynamic structures that ripple beneath the surface. And even that surface is not exciting enough to make the original canvas look any better than a reproduction taken from it.

The iconization of a few mid-century American pop artists brought about “the collapse of boundaries between high and low culture,” as the Andy Warhol Foundation website proudly proclaims. The Warhol exhibition on view at the Art Institute makes that point well into the twenty-first century. In that sense, the advertising aesthetics of this show are indeed approved by the current art theory of mainstream museums and art schools. But contrary to the artist’s stated intention, it does not appear that these portraits present the “interior essence and inner life” of their subjects. Or, at least, I would hope that every human’s inner life is more profound, more mysterious and more beautiful than what she has presented. (Chris Miller)