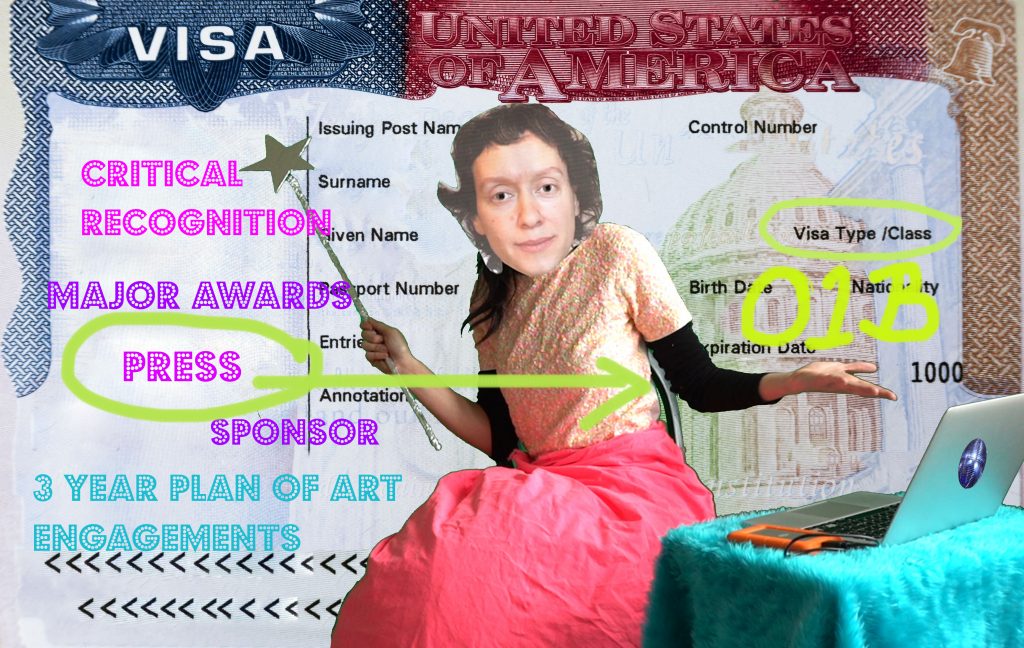 Government bureaucracy is the pits. Add to that an administration that is increasingly hostile to immigrants or foreign visitors, and you have a truly toxic process. Fortunately for local artists, critic and art historian Lori Waxman is here to make the visa process easier.

Over the course of three Saturdays (February 1, 15 and 22), Waxman will generate written reviews of work for any overseas artist. Artist visas, known formally as the O-1B: Individuals with Extraordinary Ability or Achievement, stipulate that individuals apply for a renewal every three years if they wish to remain in the United States. The application comes with an onerous list of requirements, in addition to non-trivial fees. Among those requirements are “achieved national or international recognition for achievements, as shown by critical reviews or other published materials by or about the beneficiary.” That’s where Waxman’s reviews come in.

Waxman began the project, dubbed “60 wrd/min art critic,” in 2005. It was conceived as a performance art piece, testing the usefulness of short-form art reviews and examining the relationship between artist and critic. She has staged these live events at venues around the country, from Brooklyn’s DUMBO Art Under the Bridge Festival to Portland’s SPACE Gallery. It has traveled as far as Kassel, Germany, for a performance as part of dOCUMENTA (13).

This iteration will take place at Bridgeport’s Co-Prosperity Sphere, as part of Li-Ming Hu’s exhibition, “DISCOmbobulation.” Hu’s exhibition looks at artistic identities, cultural production and authenticity, through the perspective of disco. Originally from Aotearoa (New Zealand) and now based in Chicago, her recent work has focused on immigration and the performance of artistic identity. Waxman’s project aligns perfectly.

On the scheduled dates, Waxman will spend twenty-five minutes looking at artist’s submitted work and then writing a 200-word review. Completed reviews will be published in the April issue of Lumpen magazine and will remain on view in the gallery throughout the duration of the exhibition. Despite the brevity of the appointments, the project’s website notes that reviews “are guaranteed to take the artist and artwork seriously.” Waxman’s project is an earnest embodiment of journalism’s duty to provide a public service and a much-needed antidote to the government’s inhospitable policies. (Kerry Cardoza)

Reviews are free of charge and will be written at the Co-Prosperity Sphere, 3219 South Morgan, on February 1 from 5-10pm, and on February 15 and 22 from 3-8pm. To schedule an appointment, email critic@60wrdmin.org.