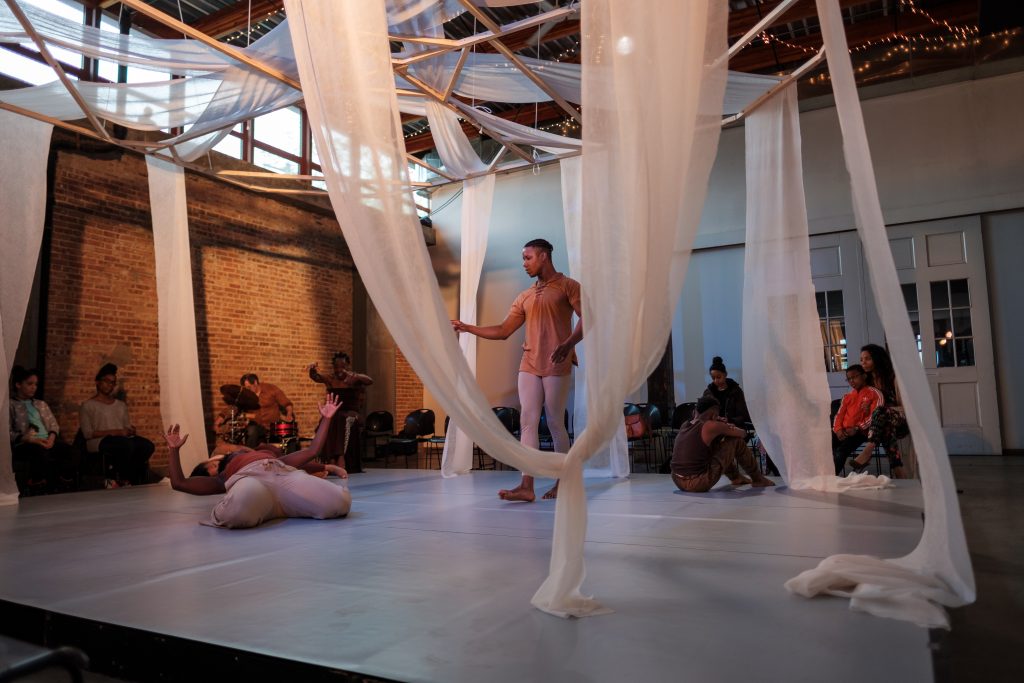 “Building independent cultural infrastructure.” Experimental Station’s tagline captures ongoing growth. The phrase rings with new truth when we tally cultural programming at the organization in recent years. Experimental Station hosted seventeen arts and culture events in 2017. By 2018, there were over forty. Last year, the multi-pronged non-profit organization held nearly ninety performances, showcases, residencies, artist talks and other cultural programs in and around the building located on 61st Street and Blackstone Avenue.

This number grew organically, from partnerships with other organizations, long-held relationships with curators and new interest from artists and producers. But the leap is also the result of intensive outreach and experimentation, led by assistant director Matthew Searle, who has sought to expand and reimagine Experimental Station’s art and culture programming since late 2018.

The Experimental Station emerged as an artist’s project under the direction of Dan Peterman, who today keeps his studio in the building. Throughout the years, under the leadership of executive director Connie Spreen, Experimental Station grew out as a civic, social service and educational institution, developing programs at Blackstone Bike Works and the 61st Street Farmers Market, and incubating journalism, civic architecture and social justice projects. Through partnerships with artists and organizations, cultural programs continue to be an important component of the institution. 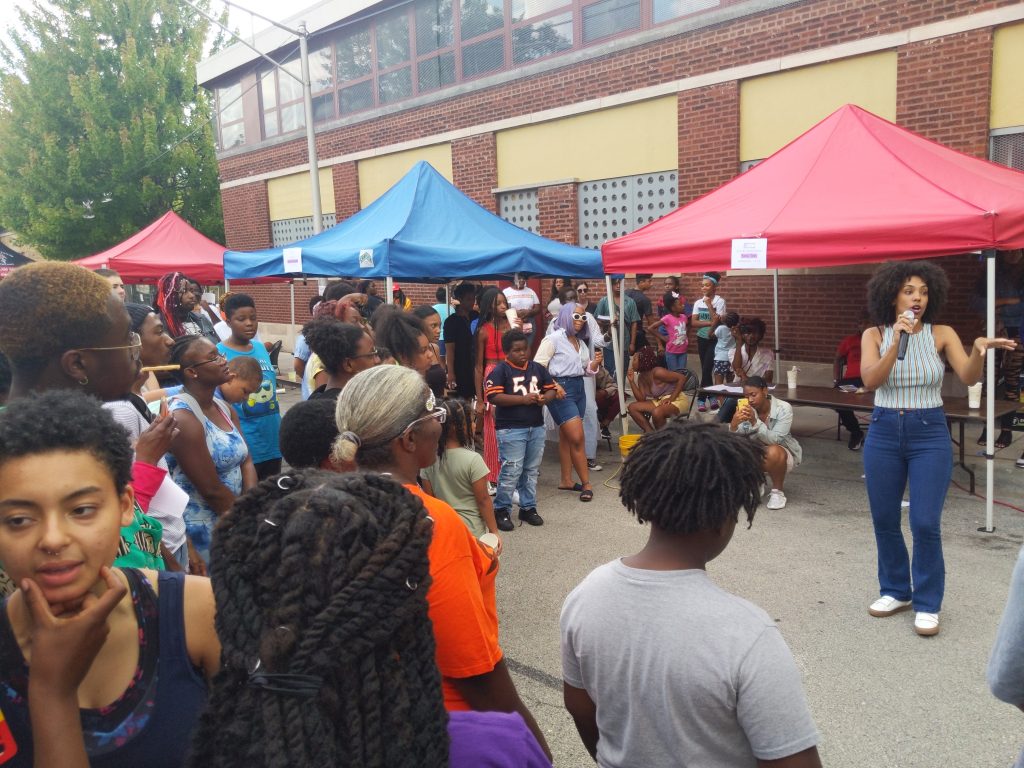 Highlights of 2019 included last summer’s Blackstone Block Party, now an annual event combining a back-to-school drive with food, workshops and shows from several South Side groups; “Fugal Systems,” a program curated by Jordan Martins and Angel Bat Dawid, where musicians and dancers improvised independently in locations throughout the building, in sets made by Norman Teague and Martins, creating a spatialized chance symphony; and the cross-institutional residency of France-based artists and organizers Dorothée Munyaneza and Nicolas Détrie, organized with High Concept Labs, the French Embassy and other organizations.

Emerging from the past years is a preference for programs that involve learning and participation, that go beyond showcasing work to an audience, and that are site-specific, using, highlighting and hijacking the building and the many organizations and communities that live in it. Experimental Station also privileges working with cultural and social projects from the South Side; new programs in 2019 centered on emerging black artists. 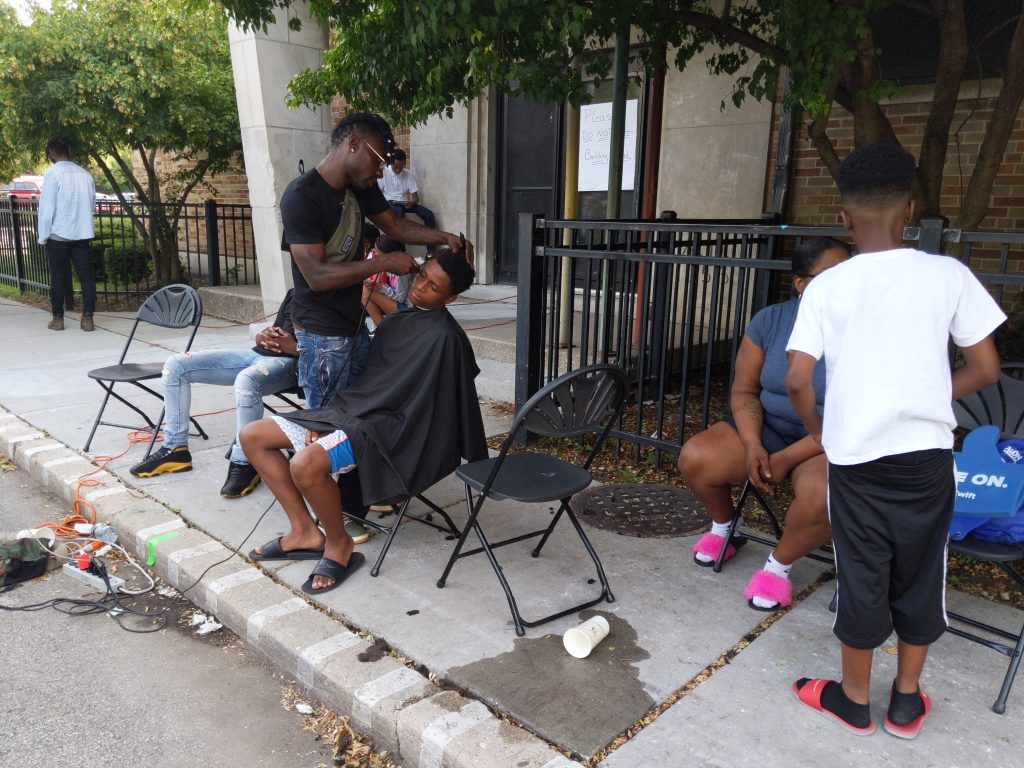 For 2020, Experimental Station is starting to define structures to partner and give access to artists and producers to program the space. This includes residencies and “platforms,” experimental initiatives of artists to create space for other cultural producers. This year, the organization will produce four platforms, all enabled by partial funding from the Paul M. Angell Family Foundation.

The project will continue to support “Self-Care = Resistance,” organized by musicians Angel Bat Dawid and Julian Otis, who have hosted six events since December 2018. Each session invites artists of other crafts to the space, to perform beside free jazz musicians who show up for the rare opportunity to jam with Bat Dawid and Otis.

“Warming Station,” which debuted in 2019, continues this year. The open mic series is organized by Aquil Charlton (a.k.a. AQ), and hosted by Jasmine Barber (a.k.a. J Bambii), and is accompanied by soup made by a vegan chef from Woodlawn. It’s held in the Experimental Station kitchen—a polyvalent space that has proven ideal for showcases that combine conversation in a warm, inviting atmosphere.

Also slated for 2020 is “The Artists Series” (TAS), developed with the Banks Performance Project. TAS is a public critique series, where artists will apply to showcase works in progress and receive feedback from an attending expert as well as from the audience.

The last platform will be the new “Identity Cabaret,” with three sessions planned for the year. Idealized by Woodlawn-based artist and curator William Hill, and based on research into the history of the form, this unique cabaret series aims, in Searle’s words, to “center the black queer community and promote intergenerational friendships, while asking the audience to reflect on their own identities.”

From the Carla Stilwell Institute, to Peggy Pierrot’s residency in 2018, and Munyaneza and Détrie’s time in the building last fall, Experimental Station has held space for artists to work in residency in the building’s common areas. When planning to establish regular artist residencies, Searle thinks about how Experimental Station can distinguish itself for artists seeking opportunities, and how resident cultural producers can be a constructive presence in the organization.

Starting in 2020, the “Mother-of-Color Creative Residency” is one such residency model. Designed by artist and organizer Wisdom Baty, the program will host one mother-of-color from the Woodlawn neighborhood at a time for a creative residency. The project, which was awarded a Propeller Fund grant to get off the ground, will support each resident with paid childcare, professional development and wellness care.

“When an artist comes to Experimental Station, it’s very different from showing up at the Logan Center or at some white cube. It’s showing up to a community, to people that are already in motion, there is already a lot of activity in the building,” Searle says. 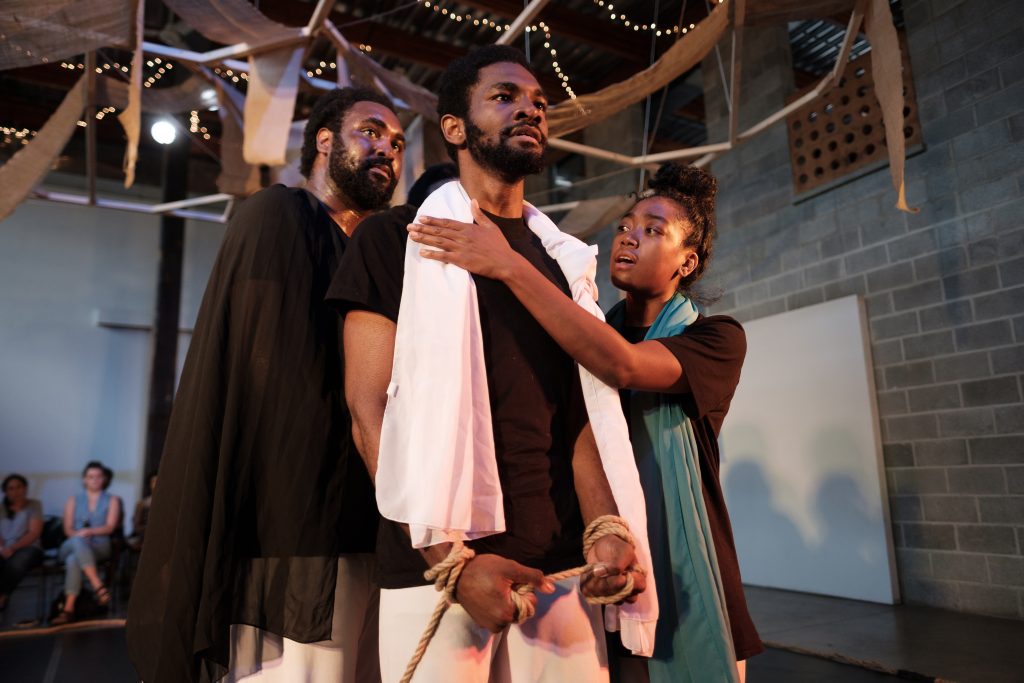 Munyaneza and Détrie, for example, engaged youth associated with Blackstone Bike Works and with the Invisible Institute’s Youth/Police Project, who came in for weekly, paid workshops involving storytelling, vocalizations and a communal meal prepared by the artists. Détrie also gathered community leaders, artists and members of the civic projects in the building to share his work as the founder of Yes We Camp, in the refugee settlements in Marseilles and other French cities. Ben LaMar Gay, avery r. young, Keyierra Collins, Norman Teague, Folayemi Wilson and Raquel Monroe, Chicago artists who worked with Munyaneza last fall get to join her in the final presentation of the performance in Marseilles later this year, and there is conversation about youth participants following as well.

Searle ponders the gains and losses of formalizing art programming at the Experimental Station. As Spreen leads a capital campaign to build an annex and the organization considers its growth and mission, Searle notes that “there is an opportunity to be clear for itself and to the public [about] what it is, and what it can do consistently.” For Searle, defining structures for Experimental Station’s arts programs has to do with enabling wider access to the space. Platforms and residencies will be announced to the public, call more people into the building, and help direct artists and communities to the resources offered by the organization, in and beyond the arts.

However, it is just as important for Experimental Station to keep up the nimbleness that has allowed it to offer the most to new cultural producers. One of Experimental Station’s distinguishing features, after all, is its ability to be “incoherent in a good way.”

Looping back to the tagline, arts management at Experimental Station is about infrastructure. “I haven’t seen myself as a curator,” Searle distinguishes, “I see myself as a facilitator. It’s about listening a lot and responding, guiding and supporting.” Precisely as Experimental Station builds out its own structures, it will build up more opportunities for others, as the organization stays true to its distinctly collaborative approach to art programming.

Searle says that the openness and the learning of the past year have paid off. “I am excited to have this conversation because I think it’s a very interesting moment in a long-standing organization,” he says. “I’m really proud of what we’ve been able to do over the past few years. It feels like there is momentum and that the organization has responded to it by saying yes, we want more of it.” (Marina Resende Santos)

Experimental Station is located at 6100 South Blackstone. Find out about their ongoing programming at experimentalstation.org