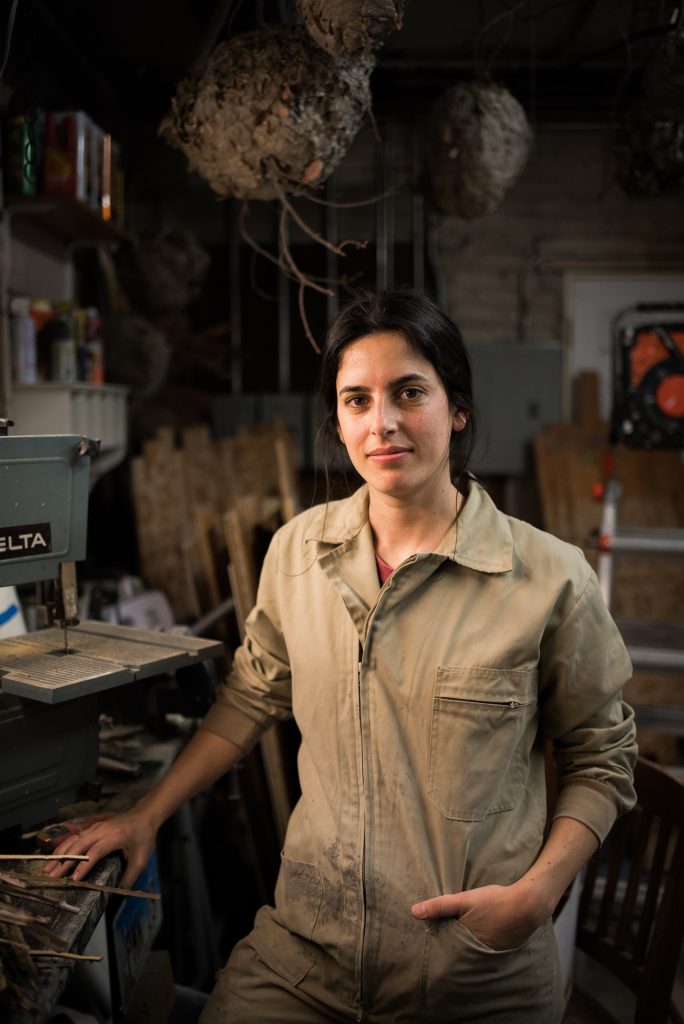 The journey of life and death are threads beneath artist Selva Aparicio’s work. Decaying leaves, insects and even bodies find their way into her work, yet in a beautifully poignant way that honors death rather than running away from it. 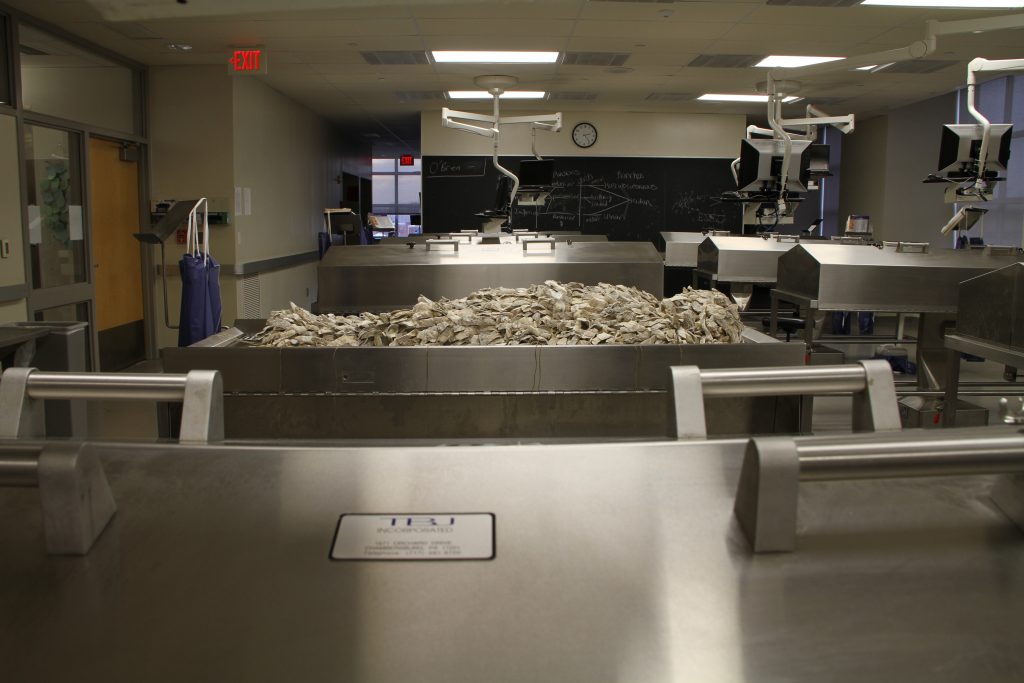 For Aparicio, who grew up in a boat-shaped house in the middle of the Serra de Collserola Natural Park in Spain, nature was the first teacher of this journey, the second was her grandfather. “Since a very young age I was exposed to death. My grandfather was the only obstetrician-gynecologist in his town and the surrounding area in a time when there were higher mortality rates surrounding childbirth,” Aparicio says. “His house was the hospital. I lived there for a year, sleeping in hospital beds, and playing with his old wooden instruments and operating rooms.” This, and the tragic drowning of a close childhood friend, taught her about decomposition, mourning and the “understanding of absence and the intricacies of death.” It’s easy to see why Aparicio feels at home in morgues and within the medical sphere at her current residency at Chicago’s International Museum of Surgical Science.

During her MFA program at Yale University, she spent two years researching at the Medical School’s anatomy lab and built an intimate relationship with death, which for most would be heavy, but Aparicio breathes new life into the subject matter and treats it as a ritual. 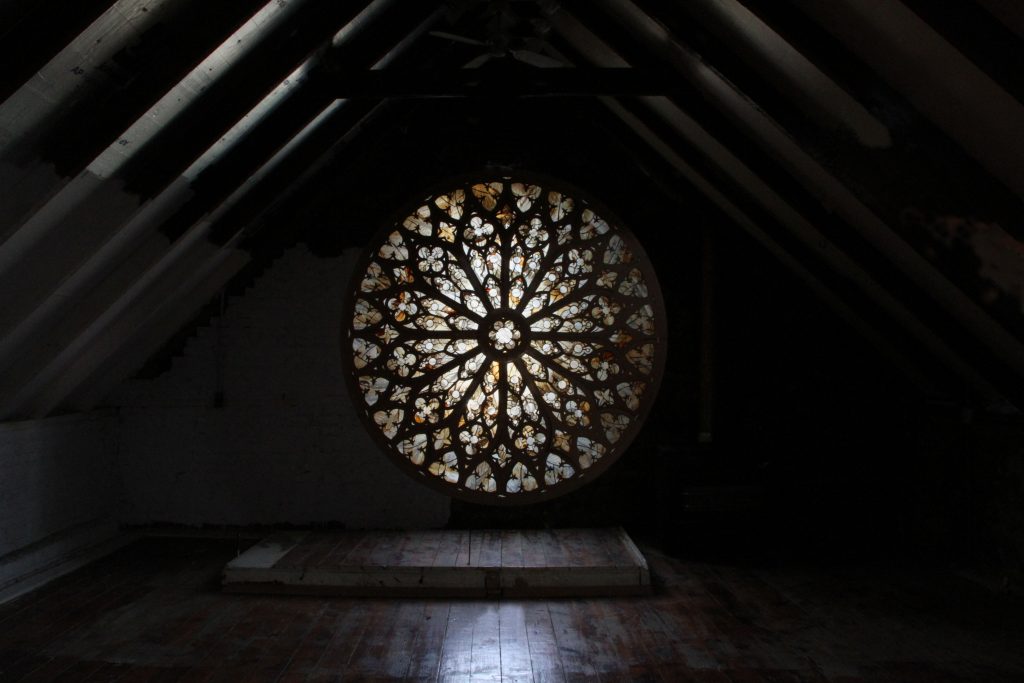 She collected human bones from construction sites in Barcelona and discarded lettuce leaves from the now-closed Stanley’s Fresh Fruits and Vegetables, and turned them into stained glass for a piece called “Remains,” inspired by the rose window from the Basilica de Santa Maria del Pi. She drove to Kansas City from Chicago to collect the wings of seventeen-year-old cicadas. She waited for them to die to use them in “Velo de Luto” (Mourning Veil), where the leaves are placed together to form flowering formations. 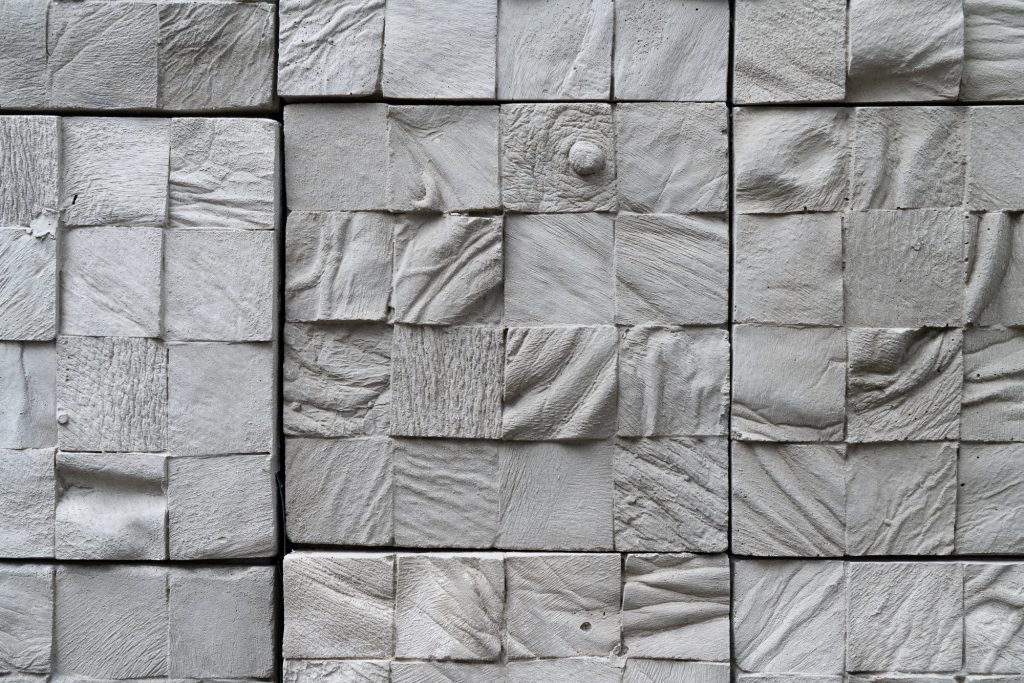 Her recent work, “Entre Nosotros,” is an entire wall made of concrete tiles that documents the wrinkles of cadavers, or “donors,” as she calls them. Another piece, “Integumentum,” made in collaboration with performers Matty Davis and Eryka Dellenbach, is a sculptural body made of a skin-like layer of oyster shells. All of her work and the materials she uses is ethically sourced by her own hand. “Within each of my works a fragment of myself is revealed. This process is very intimate and labor intensive and often isolates me from other parts of the world,” Aparicio says.

Her work is a tribute to the intimate qualities of the natural world and what lies beneath. Aparicio hopes that her work can help normalize death, collect history and collaboratively unpack the concept of grief, believing art to be a vessel for coping with tragedy and loss. (Ciera Mckissick)