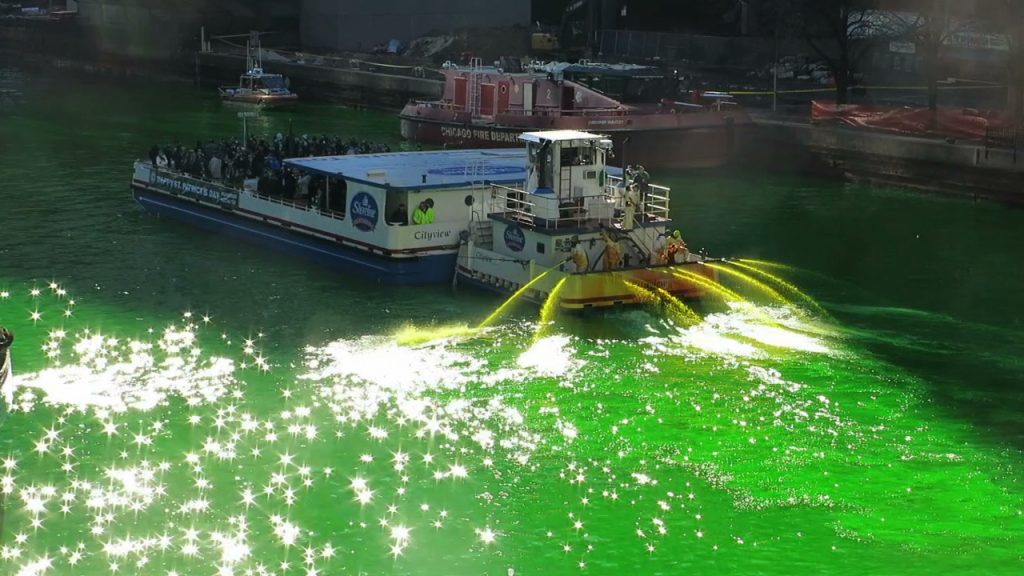 Max Guy’s art practice conflates the real and the fake, questions quotidian acts and existential quandaries, cracks jokes and highlights harsh political realities. In his ongoing “Lucifer Reads” performance piece, Guy impersonates the devil, if the devil weren’t constantly performing evil acts but was instead downright boring. For several years, he’s filmed the annual St. Patrick’s Day ritual dyeing of the Chicago River, altering the scene so that the water instead appears black. He makes time stand still through his use of a scanner as a camera—capturing glitches and making abstract compositions in a series of scanned clocks. Throughout this multidisciplinary work, the artist explores the structures imposed on us, thinking through the ways pop culture, time, nature, place, and everyday performance intersect and inform our realities. Guy received a BFA from the Maryland Institute College of Art, and an MFA from the Department of Art, Theory and Practice at Northwestern University. He recently spoke to Newcity about the ways his art practice and routine have changed during Chicago’s stay-at-home order, his study of Hebrew and Japanese and how grad school is like quarantine. 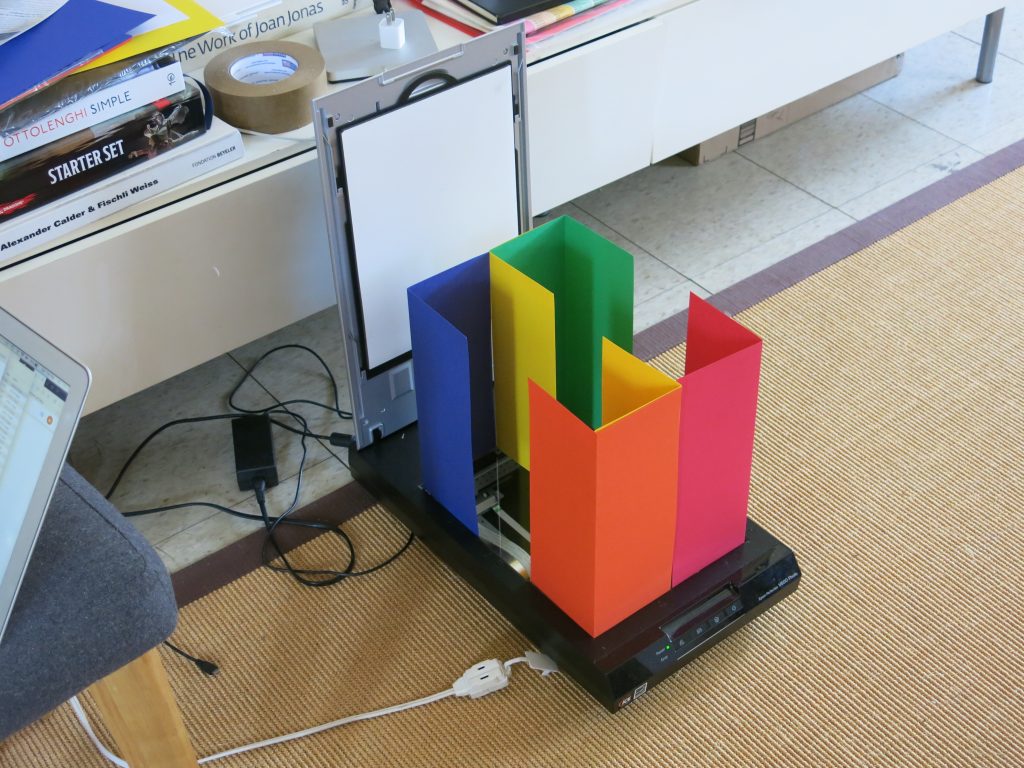 You work in a variety of disciplines: installation, video, performance, mask-making. Is there a through line in this work for you? Do the different projects inform one another?

A lot of my work is driven by an interest in world-making, representing the world as a way of making it, and making things as a way of understanding it. I think a lot about the world I was born into, and how much I’ve had to augment myself in order to be a part of it. I take a multidisciplinary approach with the belief that by reflecting this world and time, I also create my own little microcosm of things in their own right, like a personal mythology.

Every discipline is its own existential pursuit and I preferred not to choose one in specific to follow, but have committed to experimentation and play. Artists will face some existential turmoil around their work either way. I like the challenge of having different works in conversation, having them interact in a way that is emotive, and cohesive. I look to things like performance, installation and video as ways to structure my very playful and sometimes compulsive art practice. Not every project informs another but I like that they can intersect. The masks are a good example of a series of work that developed out of one distinct project, but mostly I’m interested in what masks demand of us in a performance.

I’ve heard from a lot of artists that it’s a strange time to be making work—you may have more time on your hands but there’s also this heaviness and anxiety that’s unavoidable. Have you found it hard to do creative work or is there a particular kind of project you’ve been gravitating toward lately?

Things are definitely different, but at least for now I’m not having much difficulty making work. My disposition works well in situations like these, mostly I have to make sure that my work isn’t just some reaction to this moment, to fill the void so to speak. Last month, I joked that the quarantine is like my grad-school experience. There was the palpable feeling of distance from people I cared about, and the isolation from the world and things that I felt close to.

In the first month or so of the shelter-in-place mandate, I was making sculptures from paper, cardboard and PVC, sometimes lighting the sculptures with a strobe light, and documenting them with my scanner. I’d been using the scanner as a camera for a while but this was the first time I’ve actually made anything for the purpose of scanning, which felt like a great step. Scanners are typically meant to document text or two-dimensional objects, so introducing concave and convex shapes established a cool new pictorial space. I took a little over 200 of these photos and then my scanner died! So that project has taken a halt.

Recently I’ve been making videos, and thinking about how to compile and reconfigure old work and material. I’ve written a few little stories that can further connect some of my work and interests. I’ve also been studying Hebrew and Japanese, and want to incorporate mnemonics into my work, which is another way of storytelling of course. 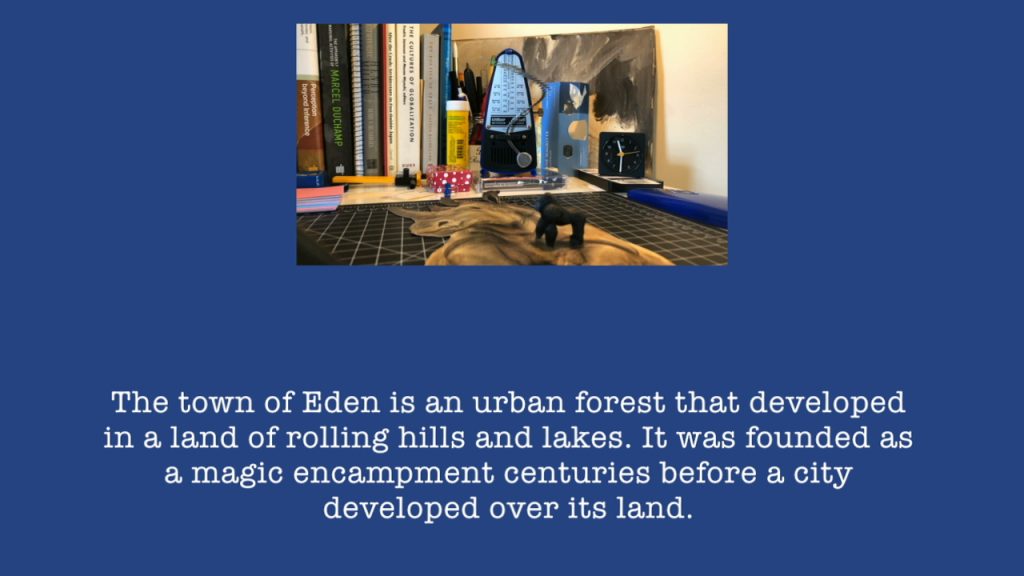 Max Guy, Still from “The Crows of Eden Who Summon the Bugman During Summer Solstice,” 2020, single-channel Video, 10 minutes.

What does life look like for you these days? Have you been able to get to your studio?

I work a roughly nine-to-five schedule, remotely, as a fundraiser at Hyde Park Art Center, writing grants and reports, which has kept me pretty busy for the time being. The whole organization has adapted pretty gracefully to this situation, with a lot of care given to staff, faculty and the communities it serves. After work I take classes in Hebrew and Japanese, and on weekends I am in a collective storytelling class where a group of about ten people collectively write a fantasy. It’s been really great to be part of this team and figure out ways to unify multiple artists’ ideas.

My partner, Shir Ende, and I spend a lot of time cooking, reading, watching TV and chatting with friends and family. In March we finished a pretty intense puzzle, and we’ve been trying out some new recipes from a few cookbooks and websites, the usual. I stay up late, she wakes up early. We live in Pilsen and take walks to the parks in our neighborhood every now and then. My studio is about a ten-minute drive and a forty-five minute walk from my home and it’s accessible, but I mostly work from home in a corner of the living room. I go to the studio maybe once a month right now.

You were supposed to have a show at the Chicago Cultural Center in May. What’s the status of that?

The group show curated by Minh Nguyen was postponed along with the reopening of the Cultural Center, so that’s all to be determined.

Has the pandemic affected your practice in other ways? I was thinking about your St. Patrick’s Day video series when the parade was cancelled.

The pandemic has made me work in ways better suited for isolation, limited movement and social interaction. I did recently screen some of last year’s footage of the St. Patrick’s Day Parade on Late Capital TV, and looked back at some video footage I took in Japan too. It’s been great to play with a few montages and cuts and look at these things formally.

I’m thinking about and desire to travel and be with people, imagining other worlds. It’s probably why I’m studying languages at the moment as well. 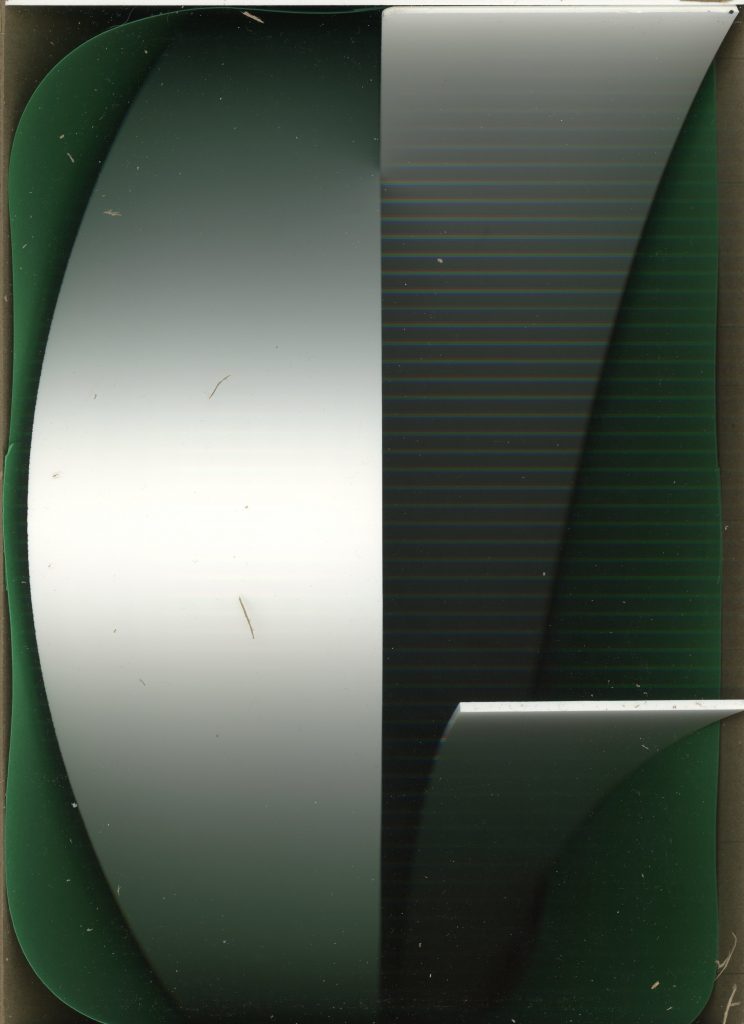 What sort of things have you been doing to stay sane?

Other than calls with loved ones and art-making: Shir and I go for runs and exercise. I’ve been listening to music on Soundcloud and Bandcamp. There are maybe eight dogs living next door to us who are let out to bask and play in the adjacent lot. I watch them from our kitchen window as they play and do what they do. Honestly, I love dogs so much even just watching them from a window is enough. Listening to the surprising diversity of birds that live on my block or at least within the surrounding blocks.