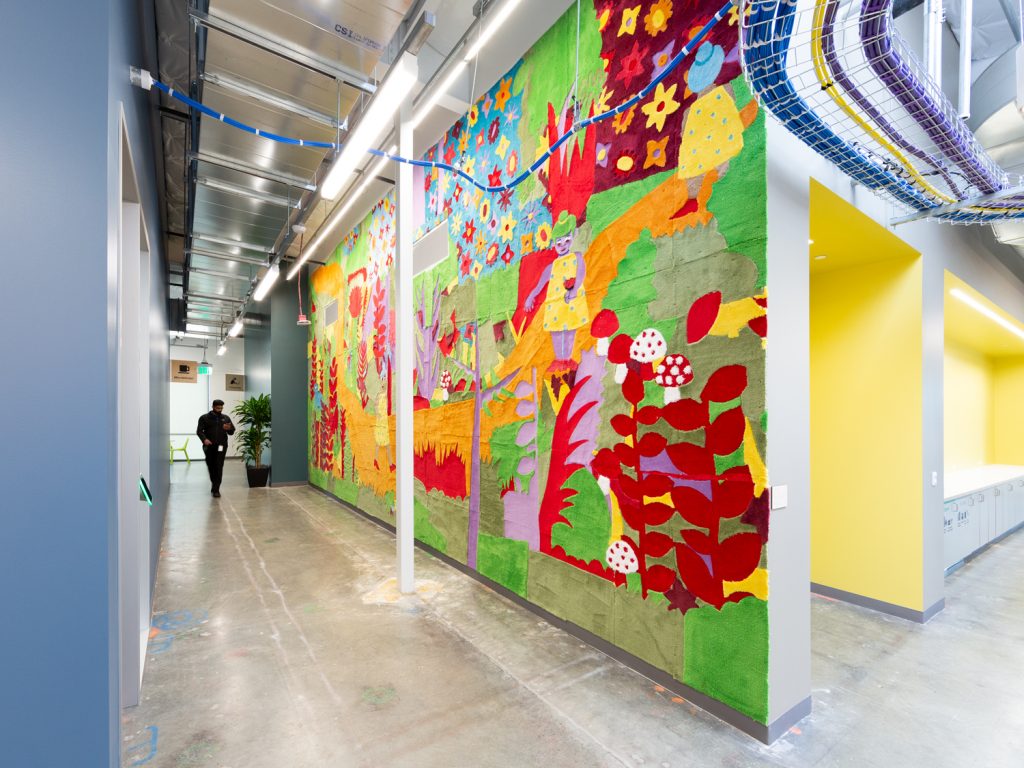 Unemployment insurance claims shattered records in March and April, bringing the total number of claims filed to more than thirty million. While folks all across industries have been affected by the pandemic, artists and cultural workers may be one of the hardest hit communities.

According to late April survey results from Americans for the Arts, sixty-two percent of artists or creative workers are fully unemployed because of COVID-19, and more than ninety-five percent have experienced income loss. For artist Jessica Campbell, who relocated from Chicago to Green Bay, Wisconsin in 2019, three visiting artist gigs, two exhibitions and two classes she was scheduled to teach have been canceled since the pandemic hit.

“That was where most of my income was coming from this spring,” she says. “That was the plan.”

Campbell is a cartoonist and artist, known for her sometimes poignant, sometimes irreverent carpet paintings. In Chicago, she was teaching classes at DePaul University and the School of the Art Institute of Chicago, to be supplemented by art sales or other gigs.

“I find that generally, just trying to have multiple different streams of revenue is helpful, but it’s hard when so much of it is contingent on being physically present in places,” she says. 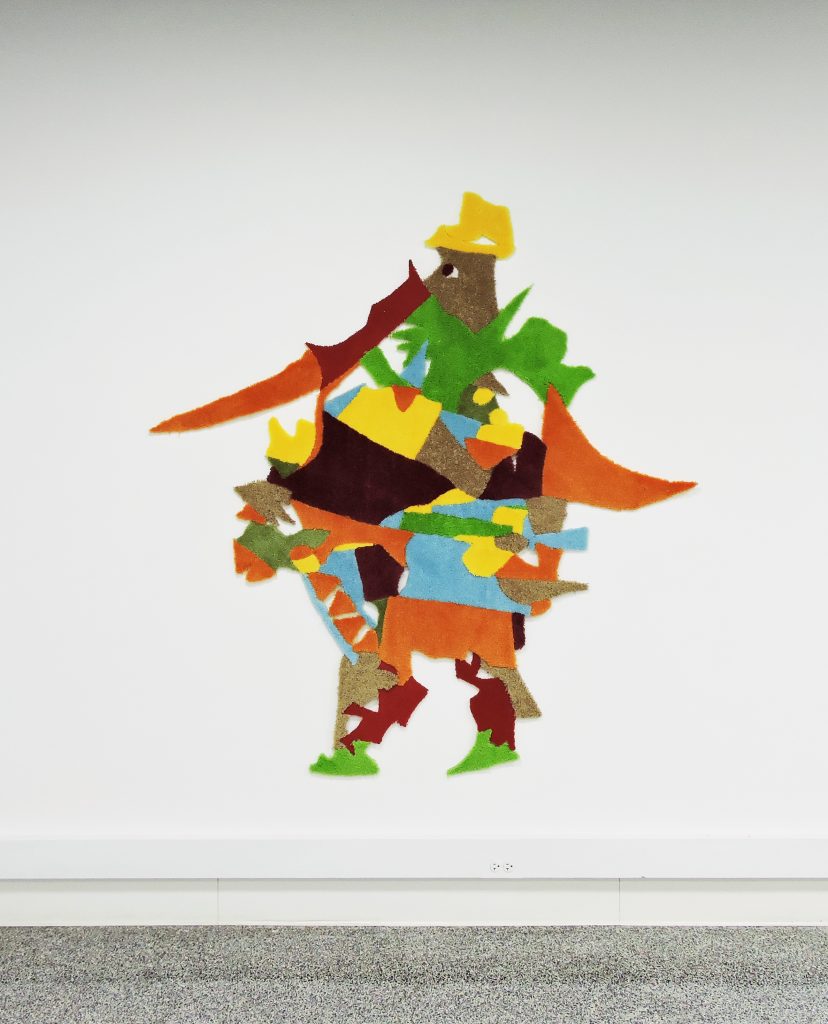 Artists or workers who make most of their income from creative endeavors are, more likely than not, used to cobbling together funding from multiple sources. The National Endowment for the Arts website notes that at least one-third of artists in a range of occupations are self-employed, compared to nine percent of all U.S. workers. More than half of all visual artists report being self-employed, only seventy-nine percent of whom had health insurance coverage, leaving many at risk during this health crisis.

Aside from stimulus checks, there is some government assistance available for freelancers or self-employed artists who don’t traditionally qualify for unemployment, through the CARES Act. This unemployment assistance will be available for those out of work through 2020. The additional pandemic compensation, an extra $600 a week, for those out of work explicitly due to the coronavirus, is slated to be available through July 13, 2020. While these programs provide benefits for many who are often ineligible for unemployment insurance, there are gaps.

Artists like Bethany Dillon, a painter, crafter and writer based in Missouri, is one of many who have slipped through those cracks of government assistance. As a disabled person, she is considered a dependent, so didn’t qualify for a stimulus check. “I guess the new stimulus program doesn’t really include my community,” she says.

Amid other essential supply shortages, Dillon is even finding it difficult to obtain art supplies. “I was going through the stores—if you can get there—all the aisles are wiped out,” she says. “It’s really hard to even get the stuff online. A lot of it’s sold out.” Sixty-five percent of the Americans for the Arts survey respondents also reported an inability to get access to supplies or other resources.

Emergency funding is available from public and private sources, mostly intended to work as a stopgap for longer-term assistance. A coalition of national arts grant-making foundations have formed Artist Relief, which is offering $5,000 emergency grants. In its first funding cycle, more than 55,000 applications were submitted, although there was only enough funding to benefit 200 artists. The effort will raise funds for at least one more cycle of grants.

More locally, the Chicago government and Governor JB Pritzker launched the Arts for Illinois Relief Fund to provide financial assistance to artists, artisans and cultural organizations affected by the virus. Administered by Arts Alliance Illinois in partnership with 3Arts and Arts Work Fund, more than $4 million has been committed to the campaign. According to an Arts Alliance Illinois survey, statewide respondents “estimated that their organizations will lose more than $84 million in revenue due to a suspension of public-facing programs or exhibitions until the end of April.” Closures were reported to affect more than 3,500 full-time jobs and 13,000 part-time or contract jobs. 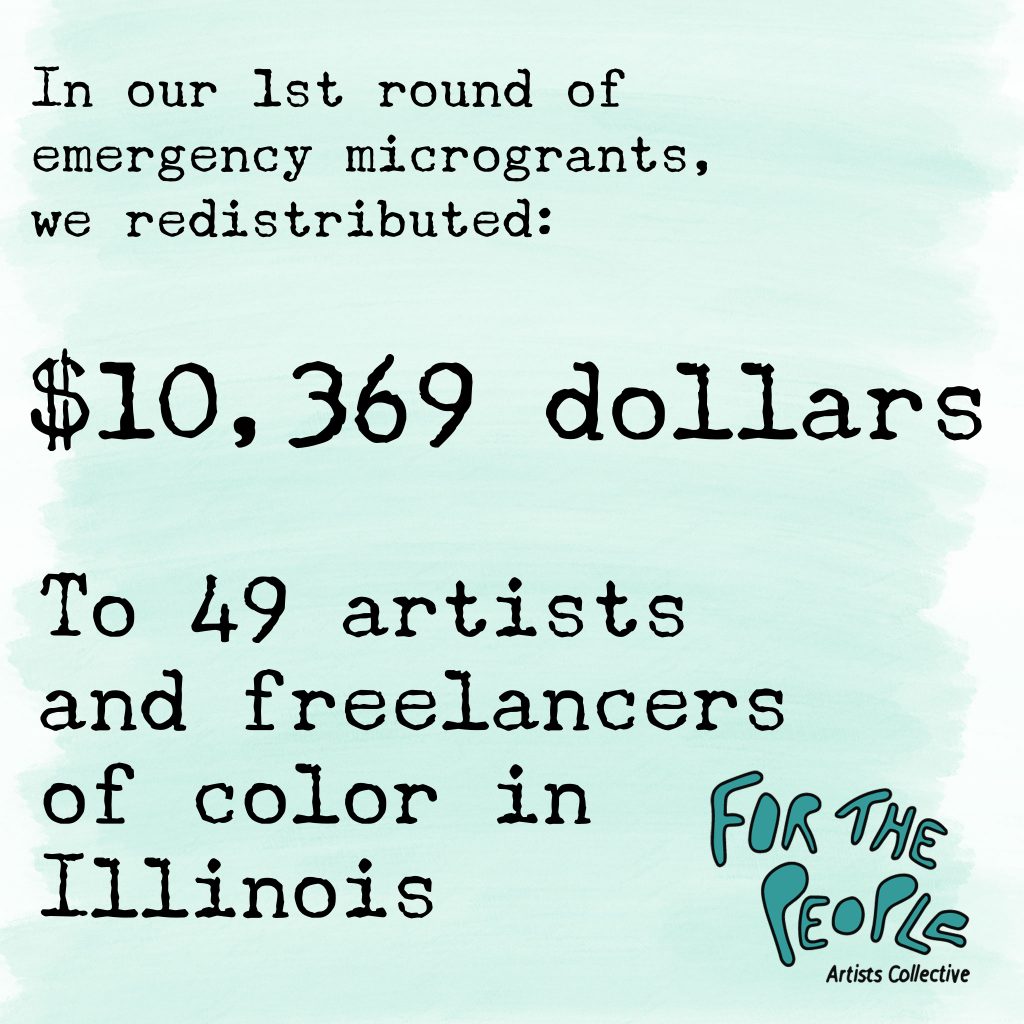 Photo: For the People Artists Collective.

Grassroots efforts to quickly help cultural workers are also underway. For The People Artists Collective, a radical group of black artists and artists of color in Chicago, saw the financial need in their community and responded. FTP reconfigured grant funding they had received in 2019 from the Field Foundation to instead offer emergency micro-grants to artists of color.

“Our community has always shown up for us, especially other black artists and artists of color, so we really wanted to show up for them, and offer these emergency micro-grants for up to $500 for those whose income has been affected by the pandemic,” says FTP member Monica Trinidad.

The first round of funds was dispersed, with priority given to folks who are undocumented, disabled, chronically ill, or single parents or caretakers. Each applicant got some percentage of the funding requested. That first round awarded $10,369 to forty-nine Chicago artists. Thanks to donations and additional funding, FTP reopened applications in late April. They received 114 applications in one day, totaling close to $50,000 in requests, which demonstrates the dire financial need. 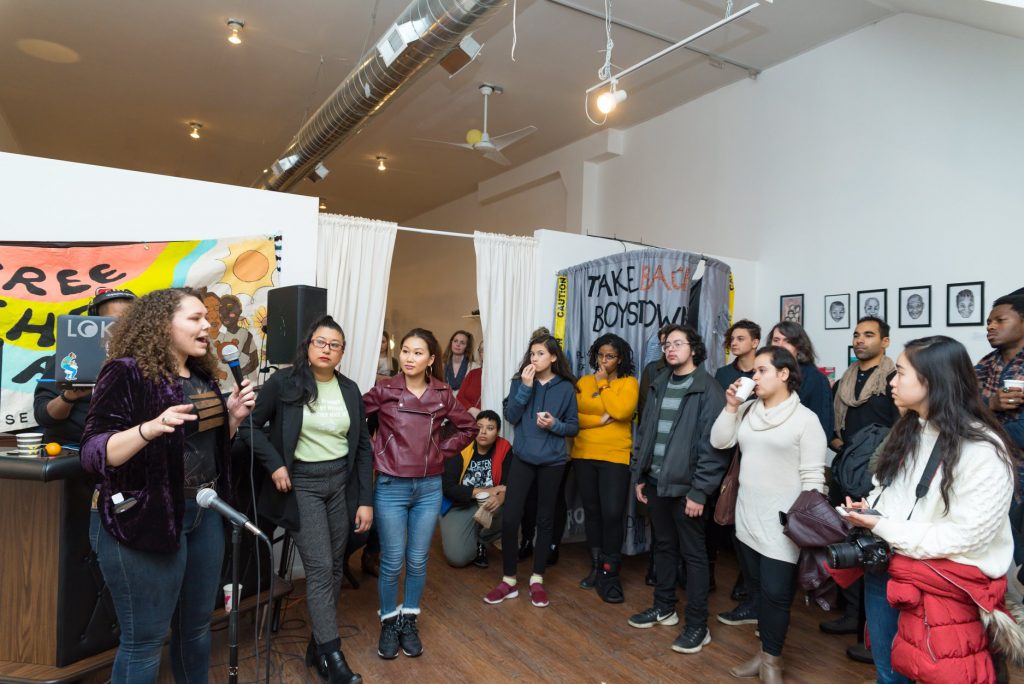 Members of For the People Artists Collective

“It’s important for there to be immediate relief, but we know this is going to be a longer-term issue,” Trinidad says. “This isn’t a sprint, this is a marathon so we have to pace ourselves. We just have to keep hearing from our communities and see what the need is.”

While these efforts are commendable and much needed, they won’t come close to filling every need, particularly as pandemic-related closures extend. We don’t know what the future will look like, or how COVID-19 may continue to affect art institutions and art workers. Will museums limit the number of admissions? Will gallery openings end, if and when galleries reopen? In an email, Lawrence & Clark wrote that the shelter-in-place order makes its future uncertain. Regardless of what the future holds, most experts report that even when businesses do reopen, the economic impact will extend far into the future.

For supporters of the arts, there must be a commitment to reimagining what the future of art production and consumption looks like, where free or underpaid labor and free consumption is no longer the norm. We must advocate for policies that don’t leave large swaths of the population with little to no economic or health protections, or we risk living in a permanently darkened world. (Kerry Cardoza)