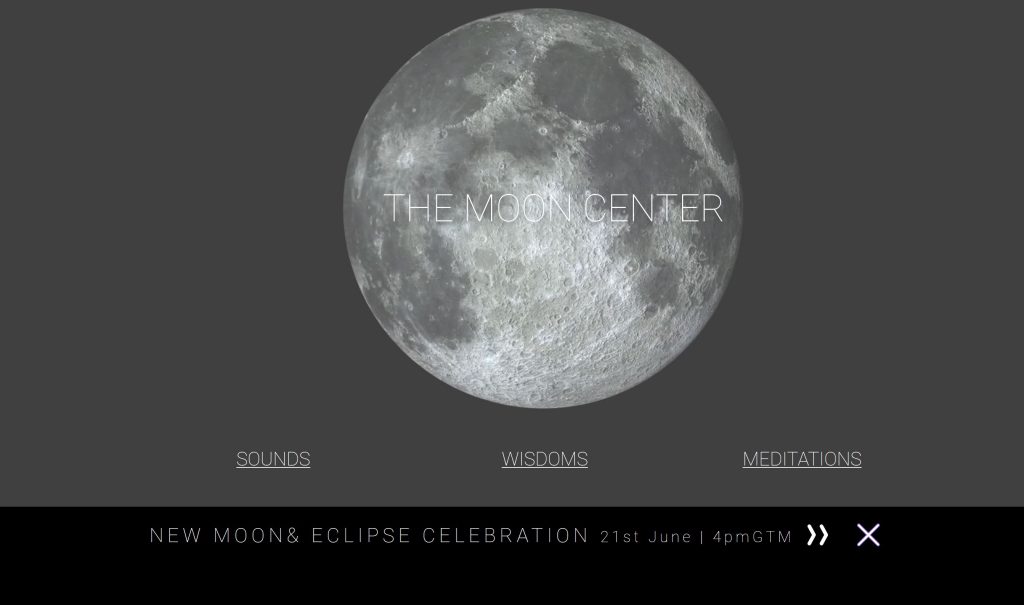 “There is only one standard of time!” a male professor shouted in my semi-private university critique. It was strange to talk to a person so immersed in a monolingual Eurocentric culture. There are many histories and modalities actively omitted when we center linear modes of being. Tabita Rezaire does away with the monolithic in the “Moon Center,” an online interactive website that operates as a digital hub of meditation and celebration of polyvalent cultures that worship the Moon—as many beings, celestial bodies and states of mind. The website operates as a network hub in three sections. “Sounds” features the fluidity tied to the framework of the Moon. Environmental sounds in Aisha Mirza and Mahta Hassanzadeh’s “Sea of Crises” and echoing refrains found in Memory Biwa and Robert Machiri’s “Serpent Sea” soundscapes give voice to the power the entity has in influencing the Earth’s tides and peoples’ menstrual cycles. “Wisdom” features interviews with the guardians of Moon wisdom from across North America, Europe and Africa, including Dakar in Senegal, Cayenne and the region of Camopi in French Guiana, Johannesburg in South Africa and Kinshasa in the Democratic Republic of the Congo. The origin stories of the Moon vary across the world. Karine Mamboté, traditional herbalist, shares the story of a missing woman who became the Moon while Marie-Line Mayoral, an astrophysicist, shares the Giant impact hypothesis, proposed by American researchers in 2004, that the Moon formed from an asteroid, Theia, that hit the Earth. The “Meditation” section features guided videos that display six phases of the moon while Rezaire instructs viewers to pay attention to ways in which the moon’s cycle signal shifts in time and energies across our screens. 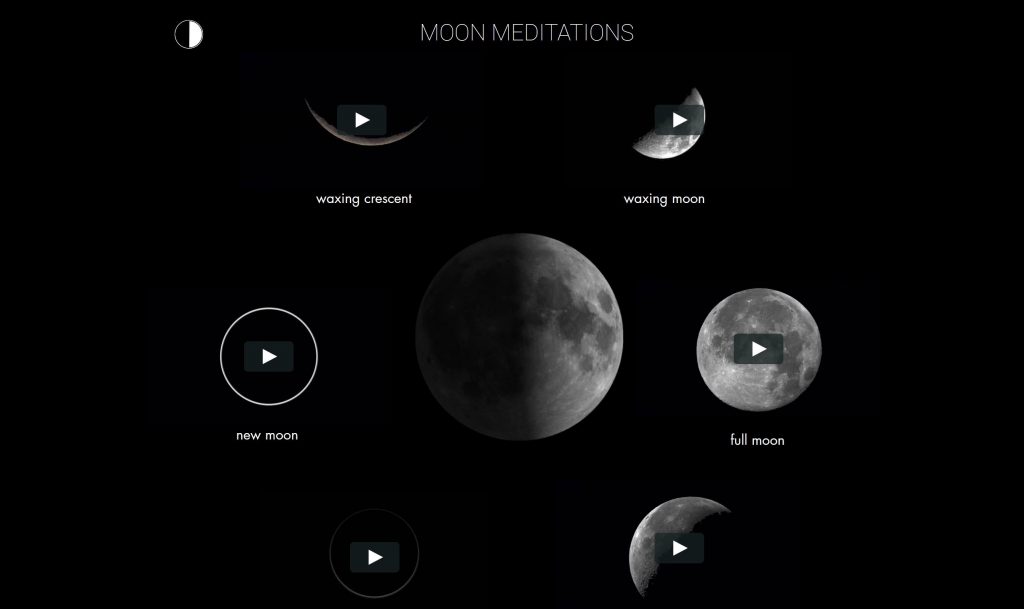 In quarantine, through the luminescence of our screen, Rezaire reminds us to look up at the Moon. What does it mean to hold the Moon in your hand through the aperture of the screen? The delicate balance that causes the phases of the Moon to occur are due to the angle of the sun. What’s a more proper time, than now, to remind us that we are made in relation to one another? To call upon the celestial Mother for guidance and transcendence means to honor the cultures who have historically guarded and venerated her sacred wisdom? As a Muslim, I have been aware of multiple ways to measure time, and that time itself was not linear at all, it was cyclic like the average 29.5 days it takes to complete the Moon’s phases. As part of the Islamic tradition, Muslims measure time with the Lunar calendar. Being eleven days shorter than the Gregorian calendar allows Muslims from all over the world to experience fasting at different parts of the year. In the Meditation section, the “New Moon” video states, “Each new Moon is an opportunity to create anew.” Let the new Moon remind you that possibilities for changes are infinite. Let the new Moon remind you that a better world will only come if we fight for it. Let the new Moon guide you. (Hiba Ali)