After the death of George Floyd spurred protests against police brutality, which are ongoing, the subsequent looting and property destruction led some civilians to say that Chicago won’t be the same. The reality is that, like the unjustifiable death of a Black man, we have to share this experience and learn that the racist acts of violence of many Americans are in no way acceptable and must change moving forward.

The Black Lives Matter movement and the protests for George Floyd have grown out of the pain that African Americans and people of color face on a daily basis. The Paint the City initiative takes this painful experience, hoping the city can grow from it, by encouraging the painting of inspiring messages on boarded-up storefronts. The mission of Paint the City: to create works of art that not only show that Black lives matter, and which inspire passing viewers, but also encourage daily conversations about the fact that equality isn’t just a need, but a foundation for a changing American dynamic. 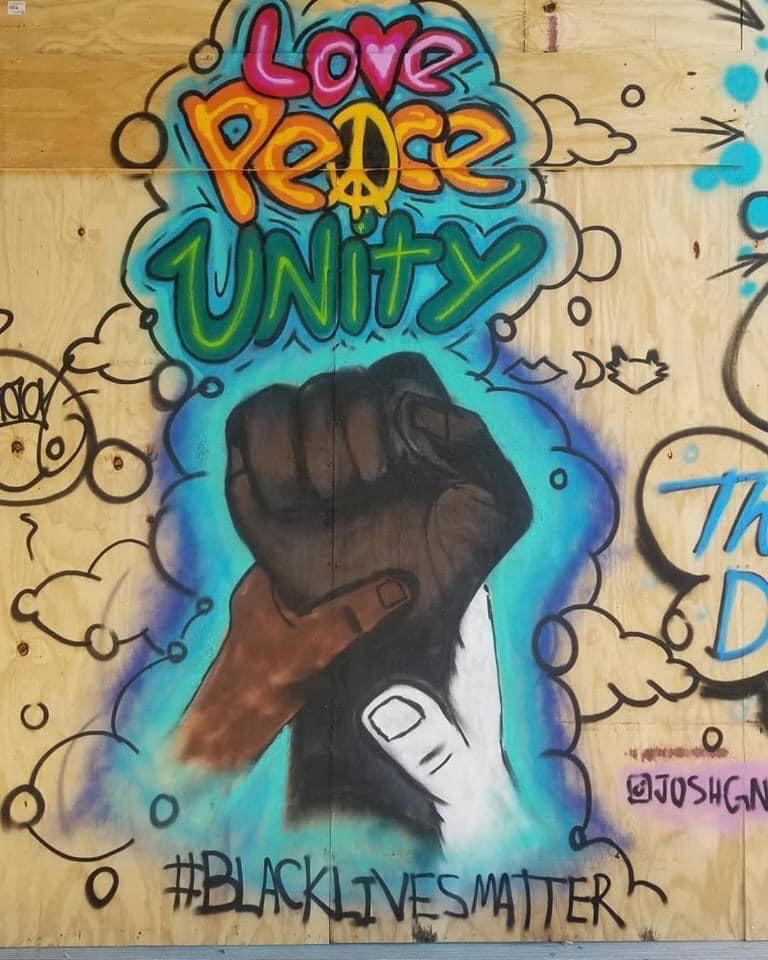 As our Instagram feeds get back to “normal,” Paint the City reminds us that equality is a basic norm and not a trendy hashtag. We must remember that change doesn’t happen overnight. Creating solidarity with the Black community is what Chicago, America and the world must do.

With COVID-19 disproportionately affecting the BIPOC (Black, Indigenous, people of color) community of Chicago and the ongoing threat of police brutality, Paint the City gives Black voices a much-needed additional mic. It believes that power belongs to those who  experience discrimination. 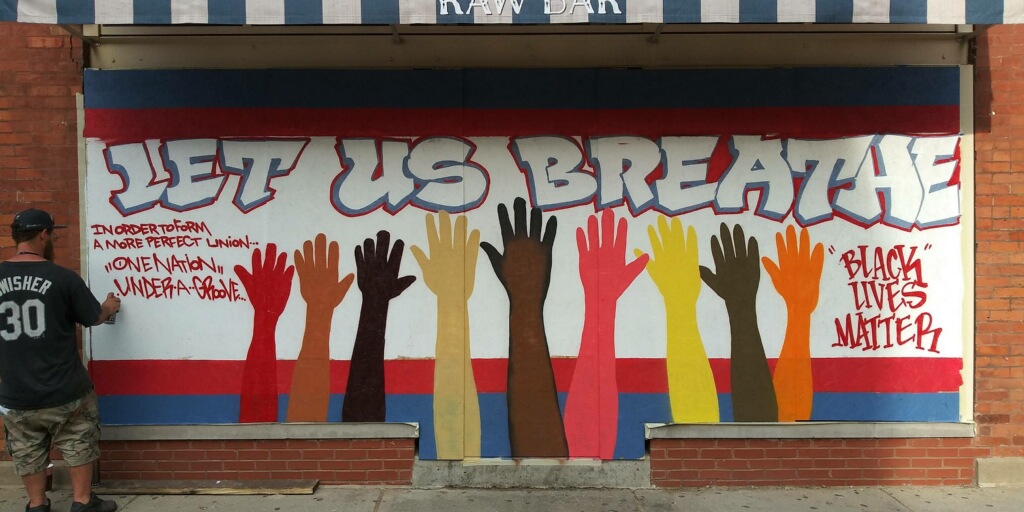 The canvas for these artists is the board covering many Chicago’s storefronts. The perspectives within even a block show unity for the city of Chicago.

Chicagoans are able to see Barrett Keithley’s work around the Loop on multiple storefronts. The goal of Paint the City, co-founded by Missy Perkins and Keithley, is simple: to show beauty in the midst of chaos, and provide a perspective for people who are directly affected by racism against BIPOC.

Art has been used as a vehicle for change and as a message for people to understand on a personal level the world around them, and Paint the City is doing just that. Each painted storefront isvisual resistance against the racism in America and in our own city. Each participating artist takes their own time and uses their own materials when creating these works. (Caira Moreira-Brown)

You can donate to Paint the City.