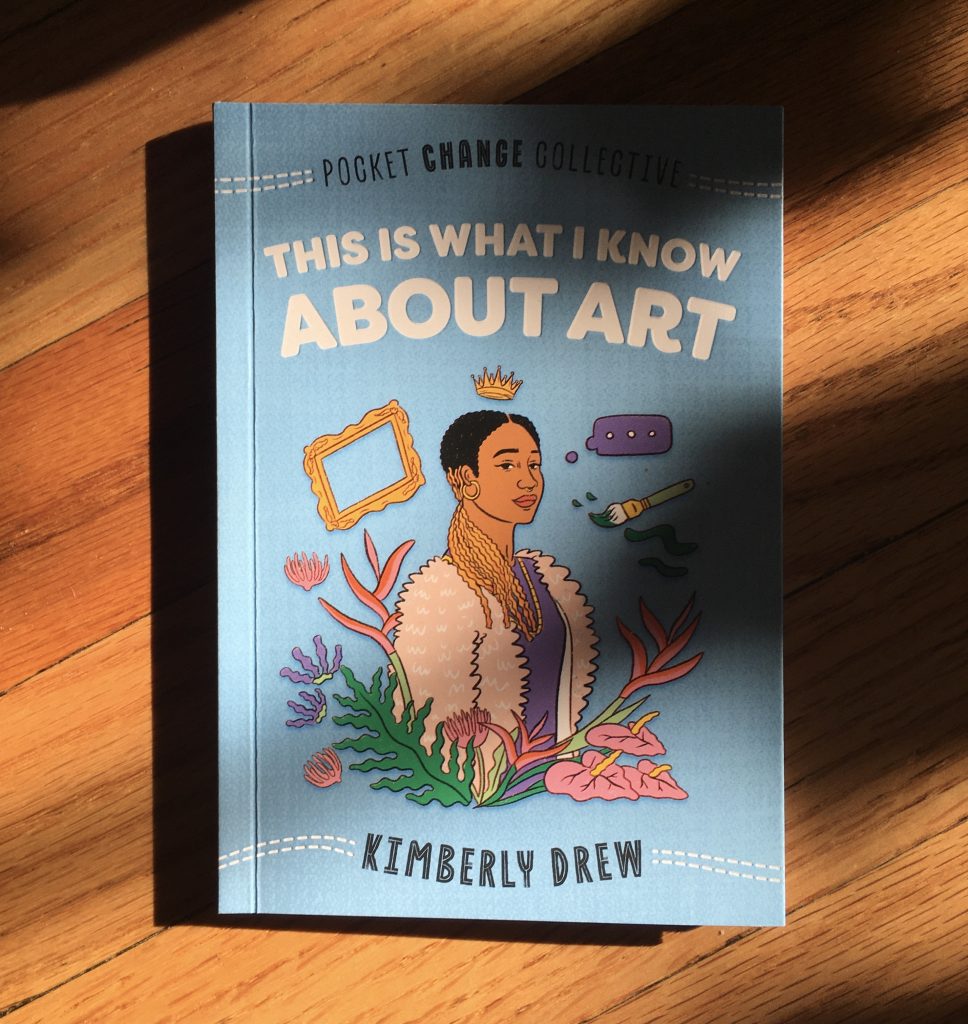 “This Is What I Know About Art,” by Kimberly Drew.

I first learned about the brilliant Kimberly Drew in 2012, through her Twitter account (@museummammy), where she posted sharp observations about the art world and uplifted Black contemporary art. I had no idea she was only in her early twenties at the time: her knowledge about the art world far outshone my own. Her star was on the rise, and by 2015 her wildly successful Tumblr account, Black Contemporary Art, which she began as an undergrad at Smith, and her work at the Studio Museum in Harlem, led to a role as an online community producer at the Metropolitan Museum of Art.

At the ripe age of twenty-nine, Drew has released “This Is What I Know About Art,” a slim primer on her journey through art and activism. As someone who has followed Drew’s work for years, I was surprised to learn how she got to where she is, a writer, curator and activist with a considerable platform in the art and fashion worlds.

Unsure of what to major in, Drew took an internship with the Studio Museum on the recommendation of an adviser; the experience changed her life. The position awakened her to the world of Black artists, from Jean-Michel Basquiat to Lorna Simpson. Drew’s candidness at gaps in knowledge are illuminating, and her willingness to unabashedly share them is heartening. “The names you’ll read here are all carefully selected to guide, educate and inform you,” she writes. “I hope you’ll take frequent pauses to research them.” Directives like these are part of what makes Drew such a welcome presence in the art world. She’s not judgmental, she’s inviting you to learn alongside her.

This is part of the mission she undertakes at the Met: to make museums, and art in general, more accessible. On her Instagram account, Drew would post about the joy of giving tours to school field trips made up of Black students. In the book, she’s shocked to learn that her own mother hadn’t visited a museum for two decades, writing: “I’d been working so diligently to get Black people into museums that I never stopped to think about what would happen if we did not want to be there.” At the Met, she devoted energy to highlighting the museum’s accessible entrance and worked with the Access Coordination team to feature programming for disabled visitors.

After the nearly back-to-back police killings of Eric Garner and Michael Brown in the summer of 2014, Drew was disoriented by the normalcy with which colleagues continued everyday life. She found refuge in the images of people fighting for justice, in the visual language born on social media of people resisting police brutality and reflecting back her own complicated feelings. Drew curated a page on her blog that December of art in support of the Black Lives Matter movement. “I began to understand how intimately art and activism could work together to produce a collective voice and shared community,” she writes. “And for me, there was no going back.”

“This Is What I Know About Art,” while intended for young readers, is informative and engaging for anyone who cares about making art more accessible or planting the seeds for lifelong art engagement. In it, she raises vital questions: who is art for, who feels welcome in art spaces, both in real life and online, what is art for and how can it be used to forge a brighter, more just tomorrow. (Kerry Cardoza)

This Is What I Know About Art
By Kimberly Drew
Penguin Workshop, 63 pages