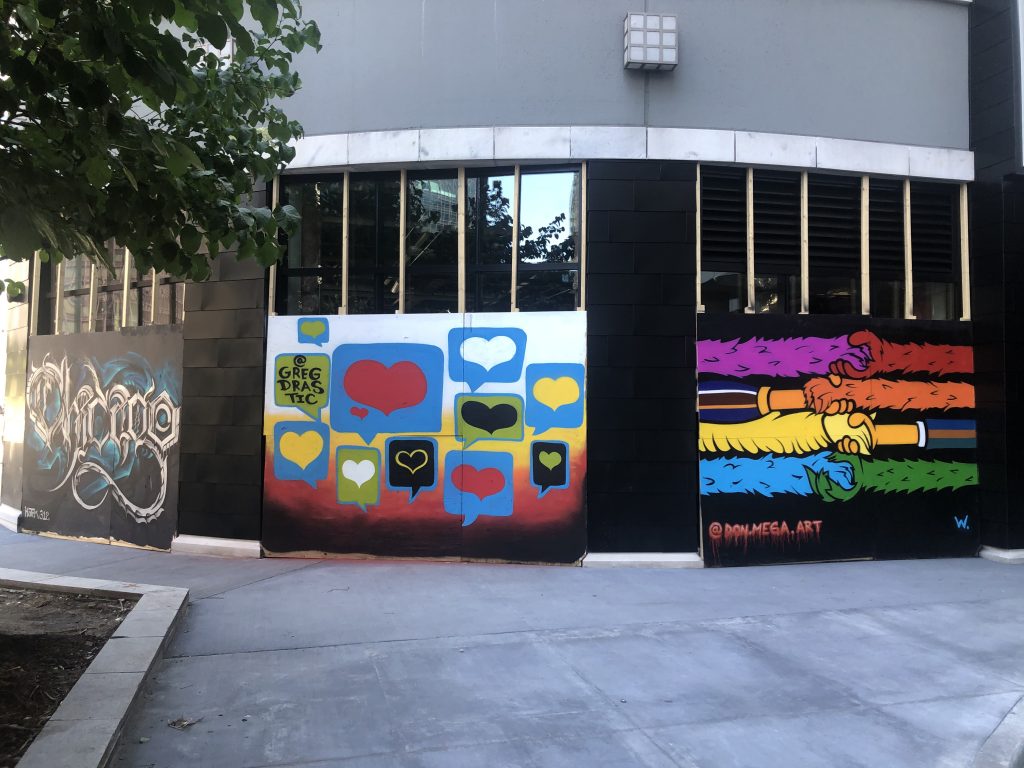 Renaissance Hotel at State and Wacker artwork (left to right) by Hatek, Drastic and Don Gratzke

From the tensions on the streets of Chicago amid Black Lives Matter protests, people have been looking for a more longstanding message. Graffiti and street art have long been a means of communication. The city’s walls, like Chicago itself, have history and right now we are in a movement that is questioning the way we think, how we act and exist.

Graffiti and street art are a subculture of mainstream art, but with social media the omnipresence of both art forms have been more accessible than ever. While visibility has increased, it’s important to know that graffiti has been around since the beginning of civilization. Street art grew out of graffiti and incorporated artists with formal training.

The goal of these types of murals is not to see just the works, but to question the works. The emotional response we have to both forms relates to the larger message. While the overarching message to the public is the goal, street art is usually commissioned, or granted permission, unlike graffiti, which is often done illicitly.

The Mural Movement, which was a Pilsen gallerists’ initiative to examine the death of George Floyd with art, speaks to the overall message of street art and graffiti. One piece by Everett Reynolds, located at the T-Mobile storefront on 752 East 79th Street, was done with spray paint. The use of spray paint was outside of Reynolds’ usual artistic element—exterior and enamel paint applied with brushes—but by challenging his craft, he challenges views on Blackness. The text on the mural reads: “The Future is Black.” Right next to this inscription is an African-American adolescent eating an oversized piece of watermelon. The stereotypes of African Americans eating watermelon juxtaposed with a young child who may not understand systemic racism is food for thought.

West of the city, Oak Park’s recent Black Lives Matter mural was vandalized; painted over with the words “All lives matter.” The combination of the original mural with the defacement speaks to the larger issue at hand. The struggle to recognize the racial injustices in the city is very apparent in the meeting of these two messages. The murals and graffiti we see may be here for generations and will directly or indirectly influence Chicagoans and visitors who look at them. 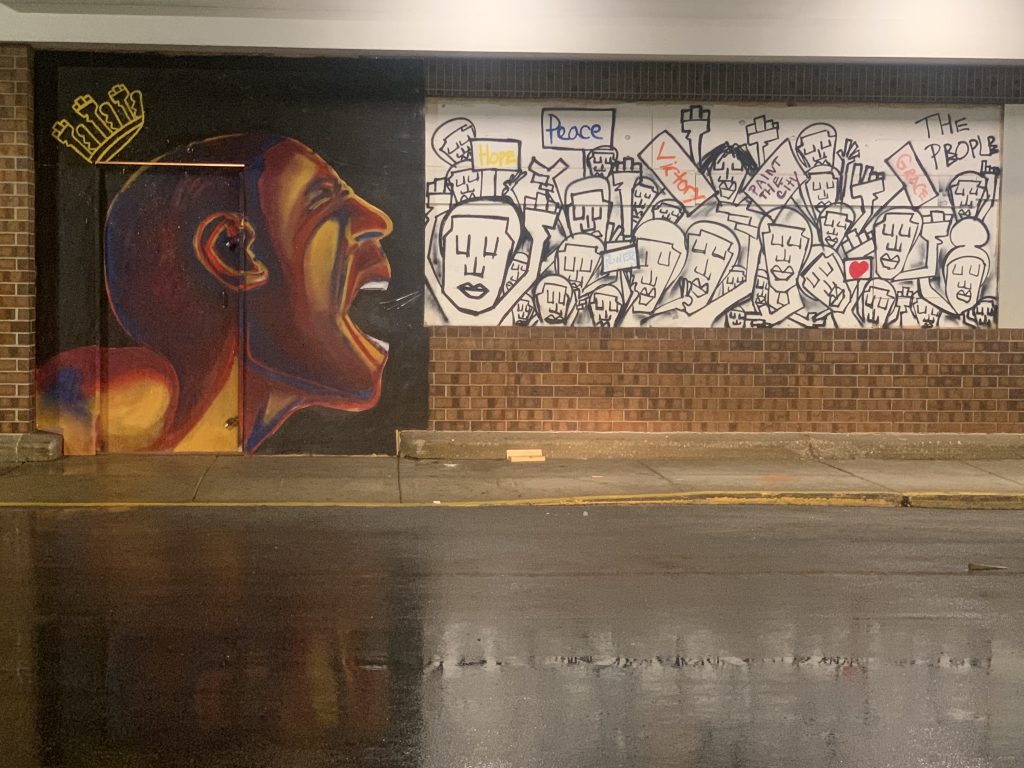 Graffiti and street art serve as an alternative to the ongoing uncomfortable conversation on racial injustice in our city. The pressure for progress and safe spaces does not always manifest into words but instead artistic visual experiences.

The impact of these artistic subcultures is one that can captivate an onlooker on a daily basis. In a city as diverse yet segregated as Chicago, sometimes words can’t do it justice. A real conversation on racial injustice is overdue, but the artworks that we see on the street help create a new and necessary conversation. (Caira Moreira-Brown)