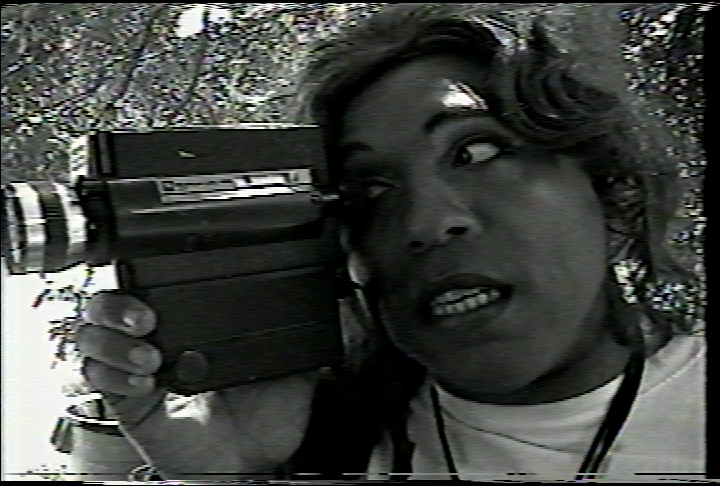 Vaginal Davis, “The White to be Angry,” 1999. The Art Institute of Chicago/© Vaginal Davis

Vaginal Davis is the renaissance we need. A model of the revolution so many have been working to achieve. She is a queer, Black tragic-comedic force who works across genres and media, and who takes her last name from the radical activist Angela Davis. She started out wanting to write show tunes, but instead ended up a leader in the L.A. underground scene starting in the late 1970s, as a member of many musical ventures, including Afro Sisters, ¡Cholita! and Pedro, Muriel & Esther (PME). Her work will make you laugh and cry and think and hurt for the world in the span of a two-minute punk song, a collaged page from a zine or a video scene.

The power and influence of her work stands out in her 1999 video “The White to be Angry,” screened as a loop at the Art Institute last winter, until COVID-19 turned the world crazy and kicked us all out of the galleries. It will be back on view when the galleries reopen, and in the wake of George Floyd’s murder, feels as relevant as ever. The video’s loose narrative focuses on the day-to-day activities of a white male skinhead. It opens as he is lectured by a woman who is concerned he isn’t straight and narrow and white enough. She spouts racist statements while consuming Doritos in a room covered in swastikas and Confederate flags. She talks about how the Black race will never catch up with the supremacy of the white race, how Black and brown people are lazy, how terrible it is that Black people are moving into her neighborhood. All through this doctrine of fear and hate, PME plays in the background. Their music is raw and simple, punchy beats on simple guitar, bass and drums, Davis alternating between a tough voice and a piercing falsetto. 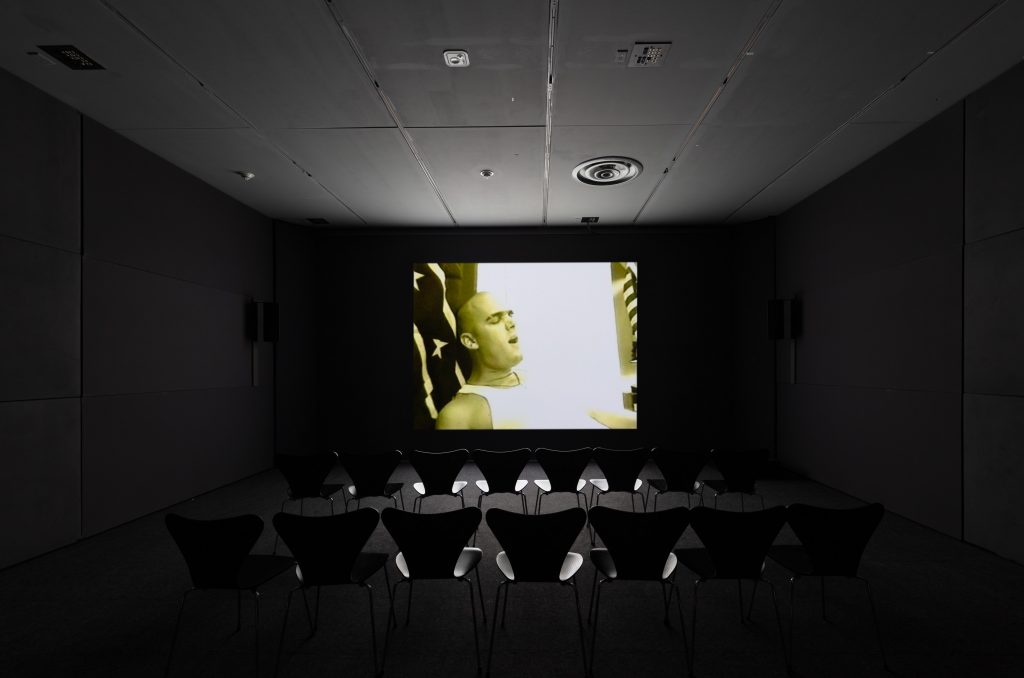 PME’s music continues through the piece, with two music videos featured in their entirety. “Rich Jewish Husband” portrays a strained, seemingly heteronormative domestic situation in which men act on their desires for each other between scenes of dancing and brooding white women. In “Homosexual is Criminal,” a murderous swinging couple tempts queer men and women back to their house, then murder them through curtains of bright red blood. These videos are two examples of the countless media we witness our antihero flip through on TV as he masturbates. Between PME’s videos are cuts of Black sitcoms, evangelical sermons by men white and Black, including MC Hammer, and self-help promotions. It’s like a realization of the fears expressed by the racist woman at the beginning of the video—Black culture is moving in on white, mainstream TV. 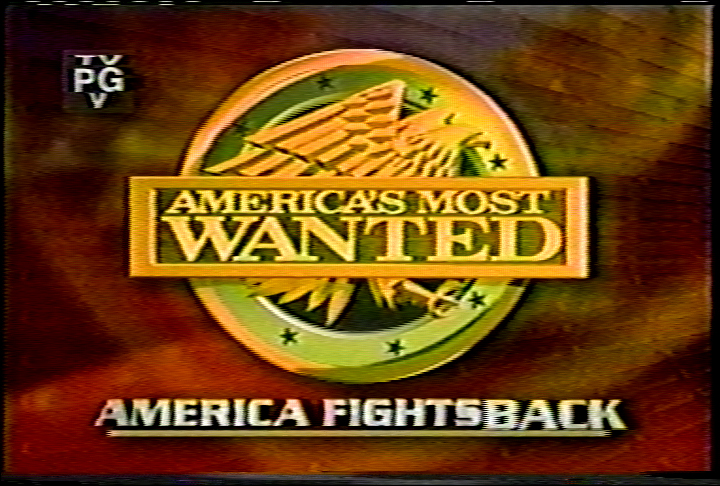 The montage includes the skinhead antihero stomping around his neighborhood in gigantic boots, with an umbrella that looks like a bayonet, as well as a gigantic dog, sizing up those he passes. There is such tension in his encounters with others, a suggestion of desire that could be interpreted as homoerotic interest or a desire to hurt, to become the murderous embodiment of the vitriol the woman speaks at the beginning of the video, born out of hate of anything that isn’t straight, conservative or white. There are hints of both scenarios. At the end—between scenes of Davis commiserating with her stars, filming, graffitiing PME on a wall—we find the antihero in a couple of suggestive situations, dancing with abandon at a queer man’s apartment, and ultimately back at his own, getting close enough to a fellow skinhead to make his lecturer scream. 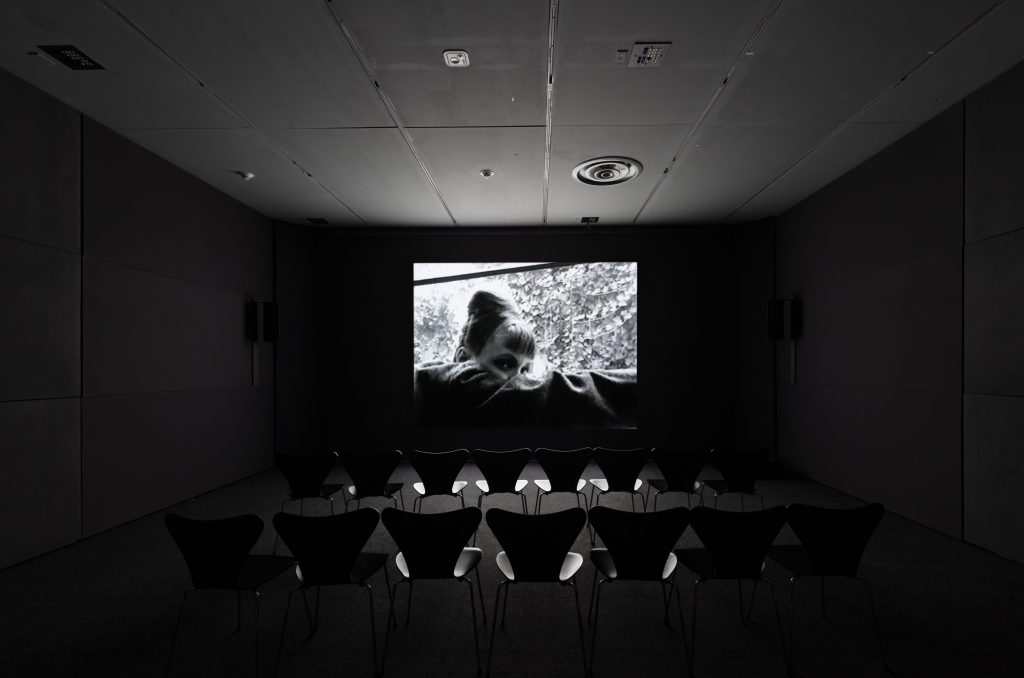 Despite the suggestive ending, the violence, hatred and pain in the piece stand out. The PME song that loops most frequently in the background is “Cherries in the Snow,” a track that bemoans a neglectful lover. The standout line, “I never knew how much pain love would bring,” is key. The lyric highlights how love incites pain and death throughout “The White to be Angry.” “Rich Jewish Husband” points to the pain queer men and others experience, owing to the fear they have about expressing love. In “Homosexual is Criminal,” men and women are killed for who they love. One of the many queer men our antihero passes on the street is brutalized because of who he loves. The piece is an anthem that calls out white man’s privilege to be angry enough to cause this pain, angry enough to take a life. Simultaneously, it celebrates the queer and Black and brown culture of those whose lives are sacrificed over and over again. “The White to be Angry” is a testament to Davis’ brilliant ability to come at complicated issues full of tension, from multiple angles and different forms of media, using seriousness as well as bits of humor. The work is penetrating, hard to forget. Like much of Davis’ work, it is a declaration and assertion of self, identity. In fact it’s a fight for it, a fight against everything opposing it, while modeling, educating, permeating. It is an anthem. After I saw Davis’ piece in the Art Institute, I saw her, and these types of anthems, everywhere. 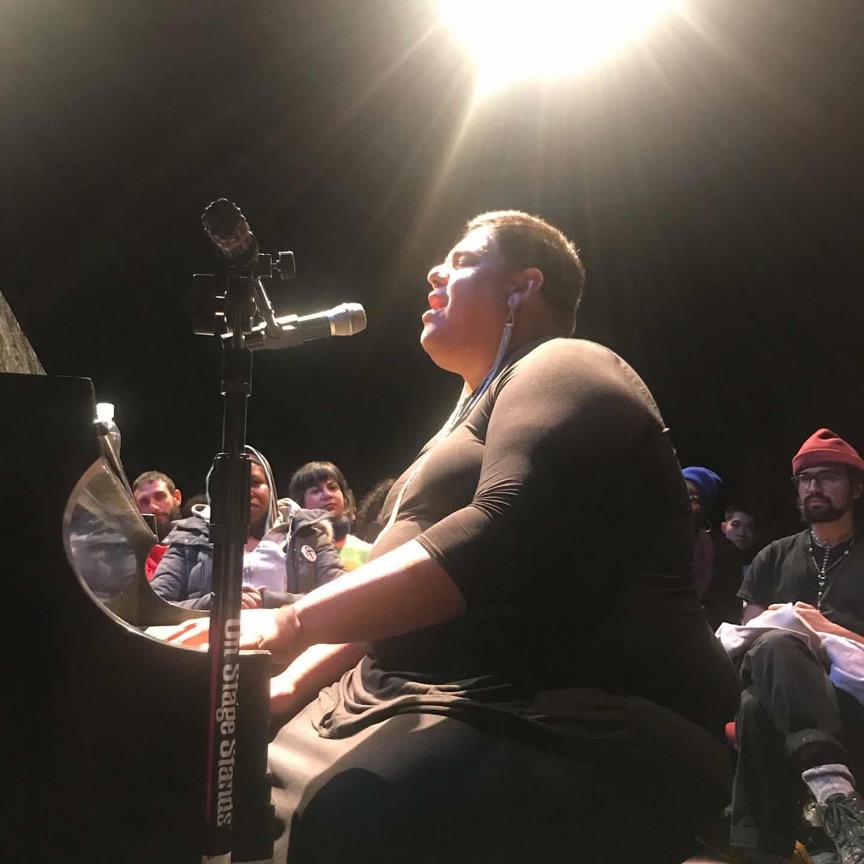 In February 2020, musician-performer-visual artist Dorian Wood performed Janet Jackson’s 1989 album “Rhythm Nation 1814” in its entirety at Northwestern University. Wood’s performance, delivered with only a piano and voice that conjured the passion and power as Nina Simone, was a physically and emotionally intimate experience of the love and pain and vision and hope of an album that I first consumed as a work of danceable pop. Wood’s rendition of “Rhythm Nation 1814” ranged from slinky and slow to borderline show tune in style. It exacerbated the album’s themes, and gave space to contemplate its meaning and the importance of musical anthems, from pop to the more DIY punk style of Davis.

I had no idea before Wood’s performance compelled me to look back, that 1814 was the year that the U.S. national anthem was written, or that the spoken-word pledge that precedes the first notes of the album’s title track was Jackson’s vision of what a U.S. anthem could be—an oath to a “nation with no geographical boundaries…shifting toward a world rid of color lines.” Her words were powerful. And I remembered how powerful she looked in the video, decked out in a militaristic suit and cap, her movement equal parts dance and emphatic stomping march, in line with the song’s beat. The power it conjures extends beyond the title track, focused on resilience and revolution, into the more vulnerable songs of love and loneliness. Before Wood’s performance of these more solemn tracks, I had not contemplated what it means to speak about love and revolution in the same breath. But it makes sense: how can you have a successful nation, visionary like the one Jackson puts forth in the first few lines of the album, without love, care, vulnerability?

In the work of Jackson, Wood and Simone, a woman who used her classical training to sing about being young, gifted and Black in one moment, trembling through “Wild is the Wind” in the next, is Davis’ spirit of fighting back and making space. It’s there in Whitney Houston’s performance of the national anthem at the 1991 Super Bowl, which brought the stadium to its knees and became a single that shot to number one on the Billboard chart. It was the original version of the anthem, but it was also an example of a powerful Black woman besting a platform controlled by white interests. 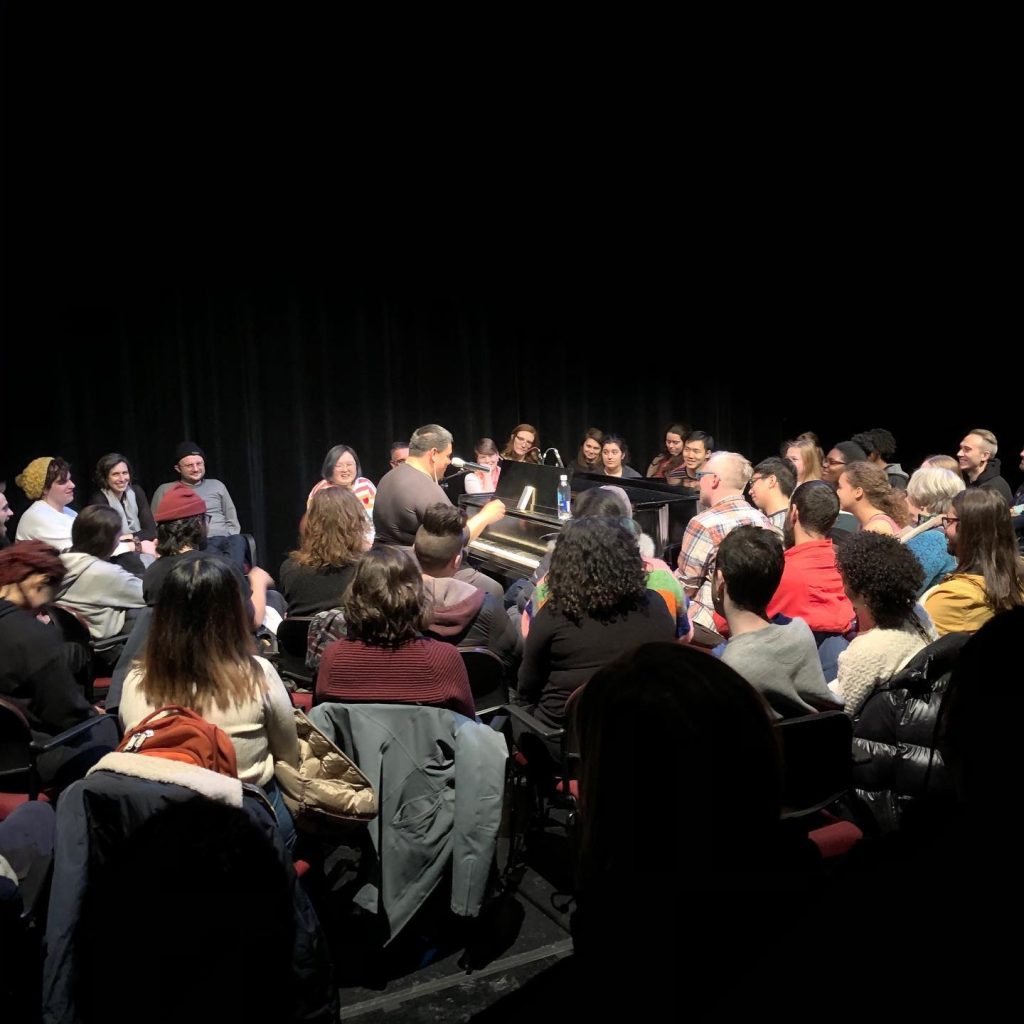 Of course mainstream culture isn’t always appreciative of these moments, and it clearly still has trouble embracing the power of a Black body. Fifteen years after “Rhythm Nation 1814,” Jackson was fined by the Federal Communications Commission when a white pop performer accidentally exposed her breast during a 2004 Super Bowl performance. (The fine was later dismissed on appeal.) Not that these moments are without nuance. Beyoncé’s 2016 Super Bowl performance, which conjured the spirit of the Black Panthers, could be read as an honorific and educational moment about one of the country’s most important revolutionary groups, or as a middle finger to the game’s stakeholders who participate in the subjugation of Black men on the playing field, making millions off their dreams realized or dashed by chronic, unrecoverable injuries. The performance could also be read as an act that profited off of the lives given in the name of racial justice.

Can a production like this be received as both? In a diversion from their “Rhythm Nation 1814” performance, Wood took a moment to tell their experience of the album as a child. They talked about taking what resonated, making it into a work that meant something to them. Seen through their eyes, the value of a work is how we consume it, how we react to it or learn from it, how it inspires us to put things together to make a place for ourselves in the world. It’s this factor that makes work by artists like Beyoncé, Houston, Simone, Wood and Davis into anthems in the face of angry white men whose acts of brutality are born from their privilege to get away with being angry. It’s this factor that can take a ghastly murder of a Black man and make it into a movement with its own anthemic chants. George Floyd. Breonna Taylor. Tony McDade. Vaginal Davis’ spirit is in this work and in these chants. It is an integral part of the way forward.  (Holly Warren)

“Vaginal Davis: The White to be Angry” is on view at the Art Institute of Chicago, 111 South Michigan, through summer 2020.