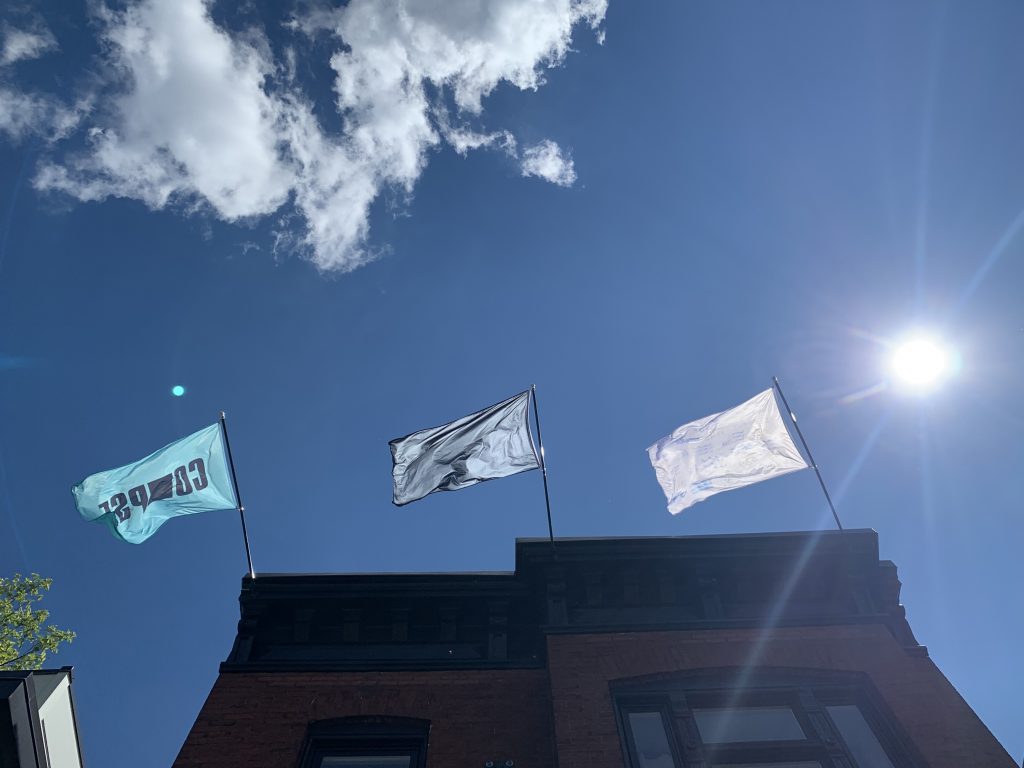 Seeing art during the pandemic has been a new exercise, as Luke Fidler wrote in our July issue, relating his walking sojourns to visit public art. Some artists, curators and institutions have adapted to a new reality, like the extension of Terrain’s Art-in-Place, Nick Cave and Bob Faust’s AMENDS project or 6018North’s Windows to the World. Four Flags was founded in the same spirit, to support artists financially as well as to create a platform for safe public art viewing.

Four Flags was founded in April by Julia Mullié and Nick Terra in Amsterdam, where the project began. There have since been iterations in São Paulo, Belgium, Bogotá and Düsseldorf. But the only stateside edition of the project is in Chicago, installed above the facade of West Town’s Chicago Manual Style. Curated by director Stephanie Cristello and Ruslana Lichtzier, the gallery displays three flags at a time, on a rotating basis. 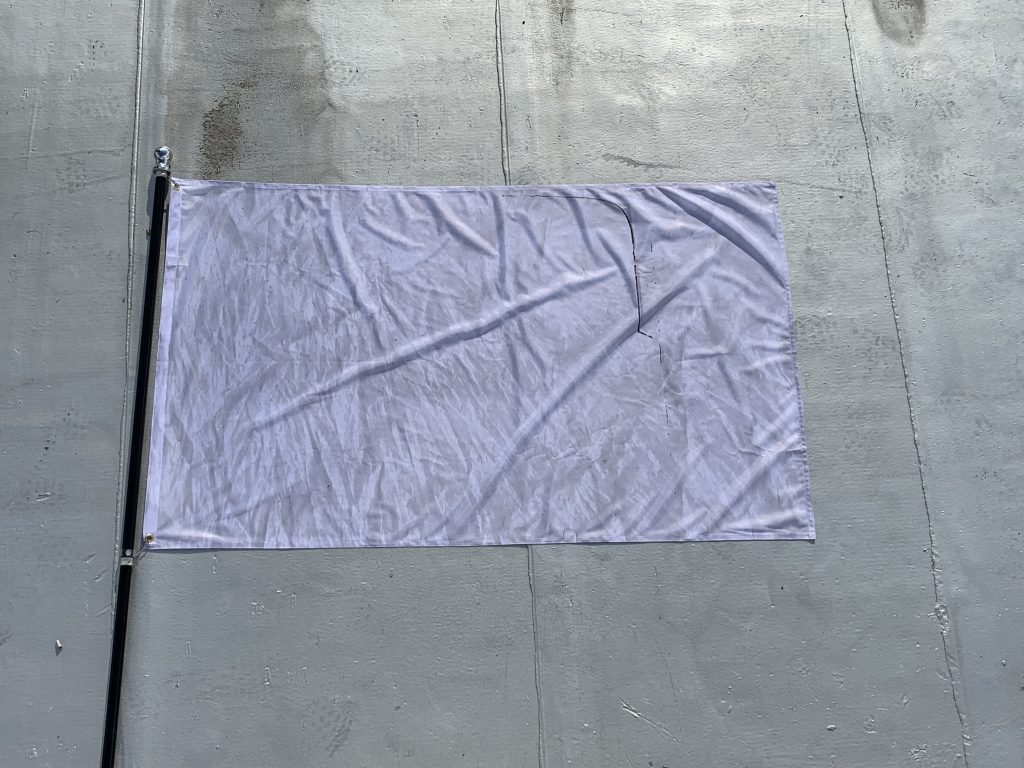 Many flags are direct responses to our political moment, whether loss of life, the racism and xenophobia displayed by the President and his supporters, or more poetic interpretations of resilience and resistance. “Lasting,” by Soo Shin, is a black flag with a candle burning in the corner, a simple yet beautiful memorial. “Empire on Fire (Psychedelic Flag)” by Ivan Lozano is a Google-sourced collage of burning American flags, while “Jets in the Sky” by Kendall Hill pays homage to Chicago’s now-defunct Jet magazine and its uplifting of Black life. Allison Wade’s purple flag of abstracted letters is a gorgeous tribute to Chicago poet Gwendolyn Brooks and her poem “Boy Breaking Glass.”

Each flag is produced in an edition of four, with proceeds, minus production costs, going directly to the artists. Cristello and Lichtzier have invited a broad cross-section of emerging and established artists, over thirty-five in total, including B. Ingrid Olson, Tony Lewis, Kay Rosen and Max Guy. You can see the flags that have been installed to date on the gallery’s Instagram(@chicago_manual_style), including the quietest and most poignant: Sophia Lee’s “Revive.” A stunning photo of waves in the Chicago River, the title stretches across the top, as if bobbing in the water.

“Four Flags” is viewable from the street in front of Chicago Manual Style, 1927 West Superior, through August 31.