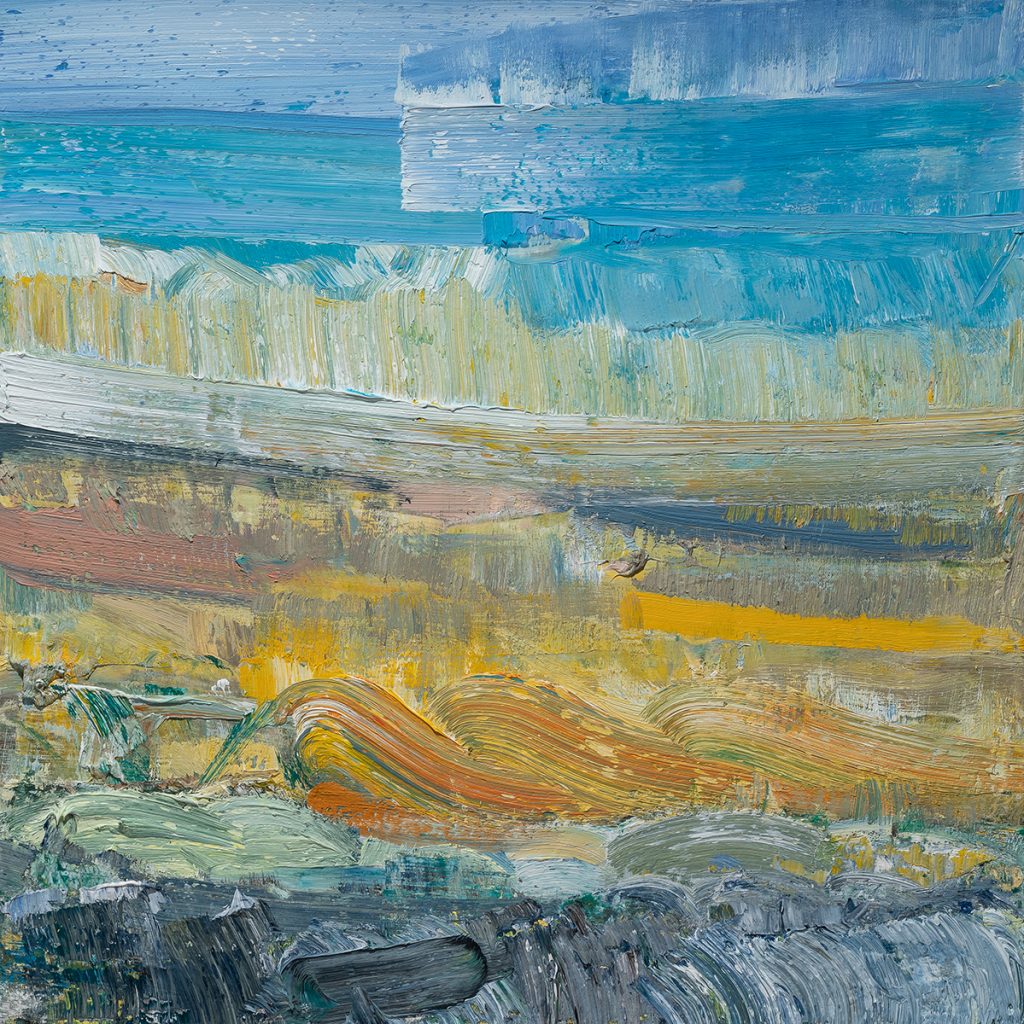 About a year and a half ago, after lauding the unparalleled parallel-parking ability of my shiny new subcompact car, a friend asked me bluntly: “But, how does it do in the snow?” I shot him a knowing glance and responded just as matter-of-factly: “It doesn’t snow.” Of course, as anyone in the city knows, it does snow. But most people will agree, not like it used to.

Talking about the weather, as painter John Santoro notes in the press release for his exhibition at McCormick Gallery, was once a mundane space filler. The kind of meaningless chitchat meant to gloss over awkward silences during an eighty-story elevator ride up the Hancock Center. Now, with more than a few “warmest year on record” behind us, the weather has become a significant concern, and a potent political and visual metaphor.

Santoro’s blustery, blue-gray thesis on our fluctuating climate is an airy display of unsettled surfaces. The exhibition leads with twelve superb paintings, each roiling with rich impasto and dramatic, sweep-of-the-arm brushstrokes, while a few smaller, more sedate works occupy a side room. In paintings such as “Thunder Snow” and “Polar Vortex,” a cataclysmic assault of titanium white, raw umber and cobalt blue, whipped up by the artist’s painterly gestures, renders what are primarily landscapes, into nearly illegible events. 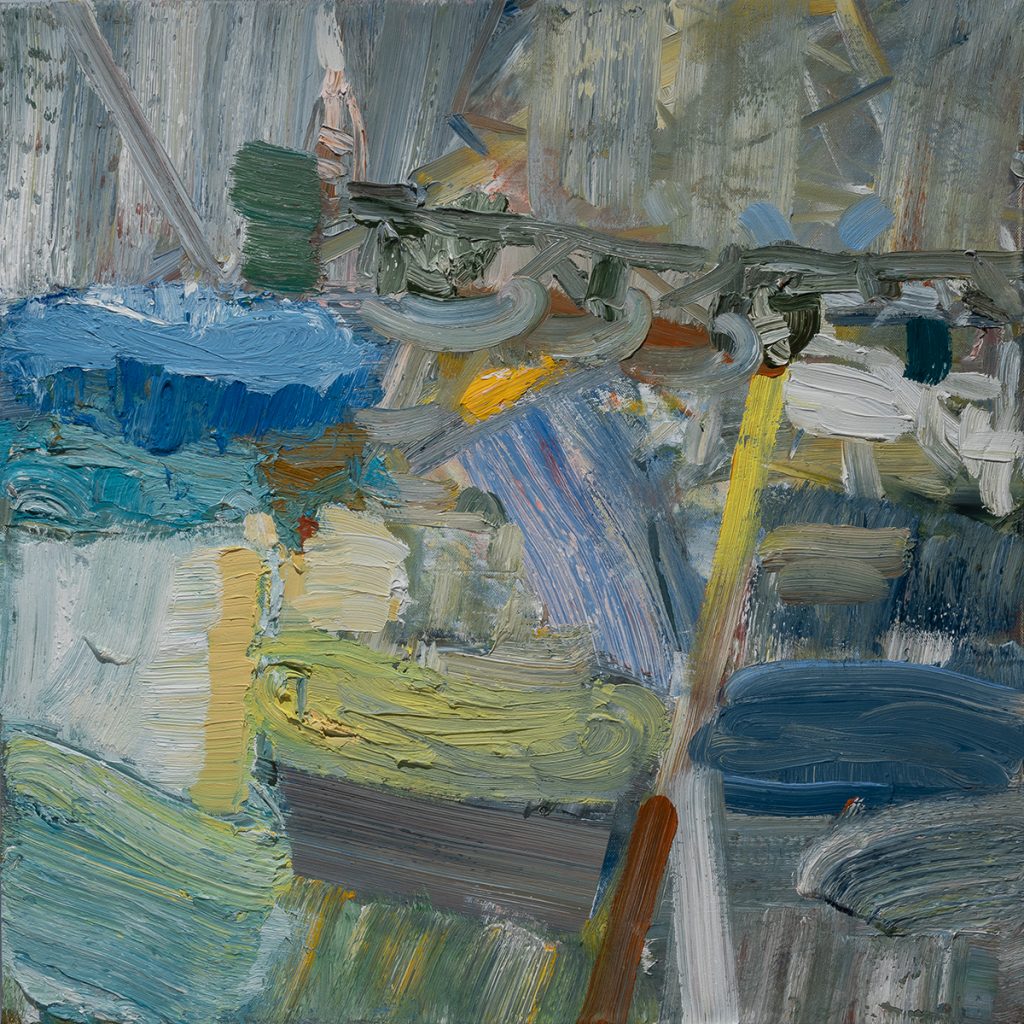 It’s the indecipherable quality of these pictures and others, such as “Walking my Dog in a Snowstorm,” that supercharge Santoro’s show with political overtones. What once may have been dispatched as the bravura, oil-on-canvas musing of a painter’s painter is, in 2020, a scintillating material response to social, economic and environmental chaos. While it’s been tough to form a coherent narrative of world events for some time, in past months it’s been as impossible as detecting the dog of the title.

Curiously, Santoro is happy to reveal that what looks like the spontaneous and tumultuous outpouring of a fully loaded brush is often a carefully orchestrated ballet. Like the behind-the-scenes machinations of a former KGB agent turned world leader, or the 35-below day in January trotted out to “prove” global warming doesn’t exist, the superficial appearance of his work can be deceiving. In its own gloriously agitated way, “Let’s Talk about the Weather” is as relevant as an exhibition is likely to get. (Alan Pocaro)

“Let’s Talk About the Weather,” through September 7 at McCormick Gallery, 835 West Washington. Thursdays from 4pm-7pm, no appointment necessary.