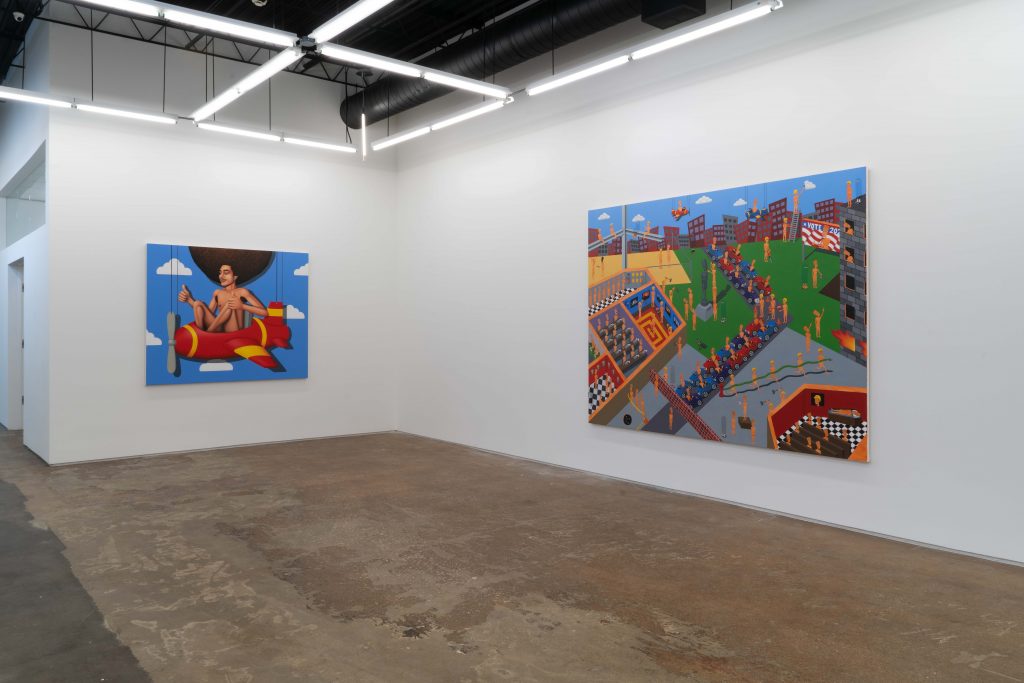 Jake Troyli’s “Don’t Forget to Pack a Lunch!” probes the question of the societal value of the Black and brown body in the artist’s first solo exhibition at Monique Meloche Gallery. Troyli responds to the environment around us through a series of up-close self-portraits. The comical nature of these portraits is juxtaposed with more classical iconography, allowing him to explore a sensitive, yet uncomfortable reality in the Black and brown experience.

The scale of the portraits (many are sixteen-by-twenty-inches) oppose the height of Troyli, who stands at six-foot-nine. Observation is apparent in all forms— the work is overtly being analyzed by viewers, while the Troyli in the paintings is often looking off-frame in deadpan fashion.

The social and conceptual interpretation of Troyli’s use of color, and of Black and brown bodies, is placed front-and-center for the viewer. While “Don’t Forget to Pack a Lunch!” is not a direct response to the current political state of race in America, Troyli’s presence in the work is inadvertently a political matter. The comical nature is made clear in pieces like “Catch of the Day” (2020), in which the subject holds a fish. Simply looking at this piece it may appear mundane, yet our racialized society invokes an implicit bias for Black and brown bodies that may change how one interprets this piece. Throughout the works, the artist is depicted with an oversized afro, which birds sometimes peek out of. 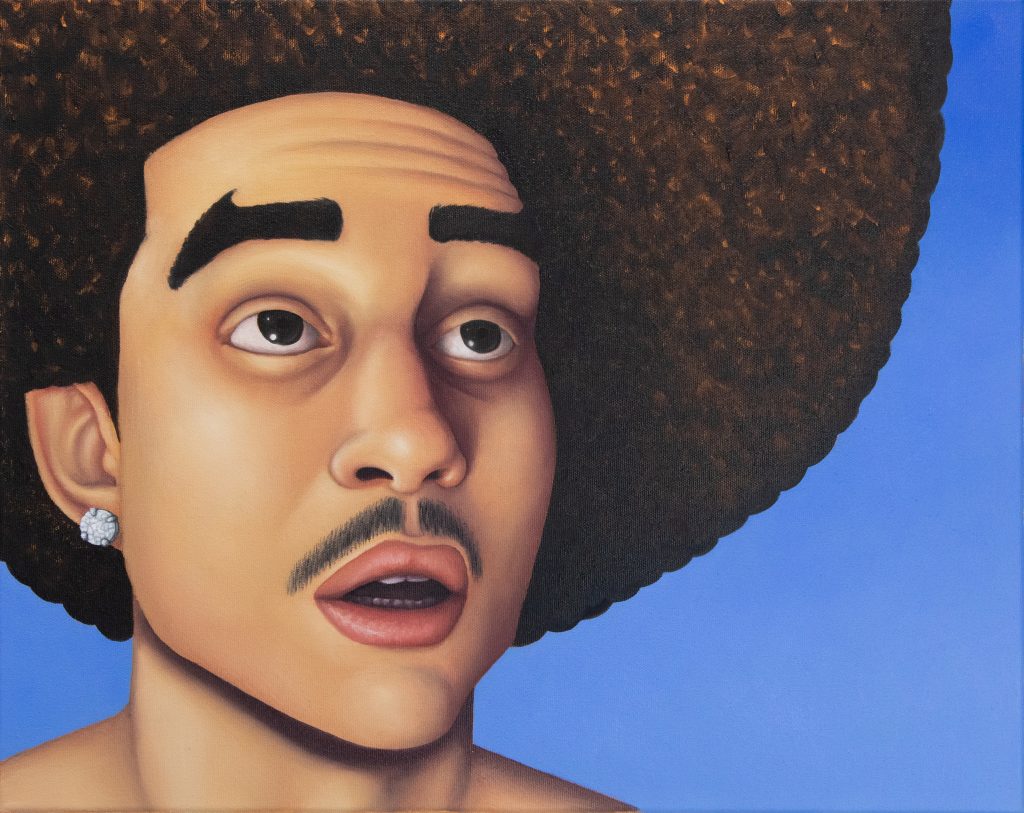 The novice and jovial likeness of “Deposition in Burberry” (2020) is a direct example of how Black and brown bodies are often subject to a linear and elementary narrative in America. Troyli doesn’t directly reference the larger scheme of race, but is inevitably subject to it. Troyli engages the viewer in this narrative, requiring them to question their larger role in the socio-political realm. This is evident in “The Demonstration” (2020), where the viewer is presented with a Black body in a casket. The onlookers share the same white face, with the same facial expression. Troyli touches on the impact of the Black body in the political sphere. The normalcy of slavery contributed to the rise of capitalism.

Troyli employs techniques reminiscent of the Renaissance. The viewer is able to see remnants of burnt sienna on the works, an earthy pigment that took its name from the city of Sienna during the Renaissance period. Repetition is evident throughout the show, yet each canvas places the figure within a new context. In essence this action challenges the figures’ role in various surroundings.

“Don’t Forget to Pack a Lunch!” drapes notions of our environment, race and humor on the surfaces of multiple canvases. The larger discussion here is one that is often not discussed over a meal but internally; here Troyli makes the conversation unavoidable. (Caira Moreira-Brown)