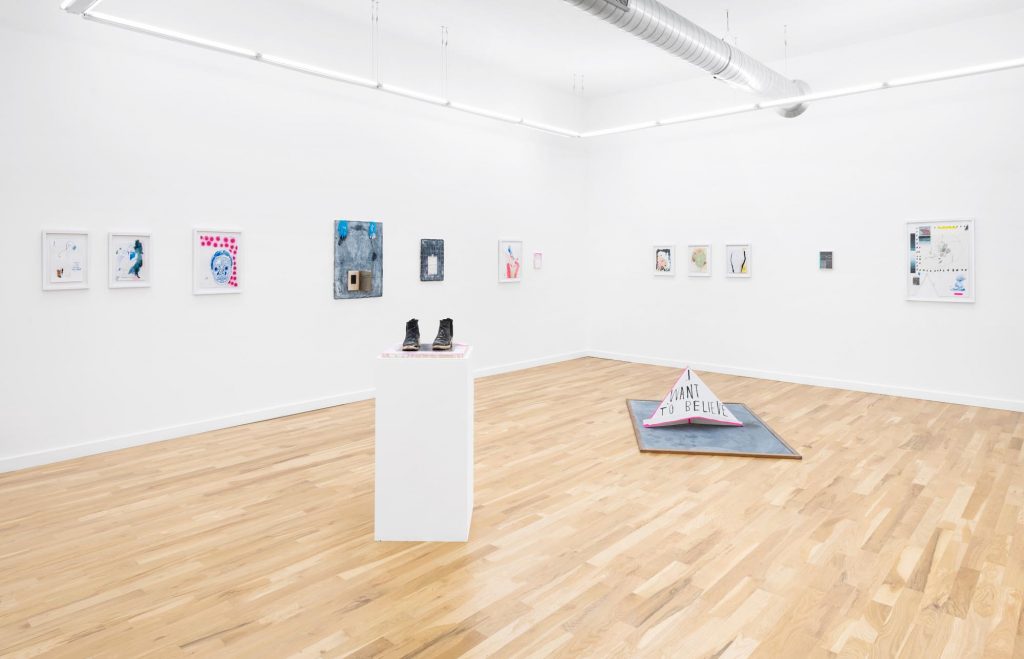 This year, nothing has felt truly resolved. There’s no coherent narrative that could explain the confluence of a global pandemic, a failure of political leadership, being stuck at home followed by a wave of mass demonstrations and a population, maybe half of which now believe utter lies. Which is why, in its own curious way, Erin Washington’s “Bodies feel dangerous right now” is a perfect exhibition with which to close out a disconsonant year. 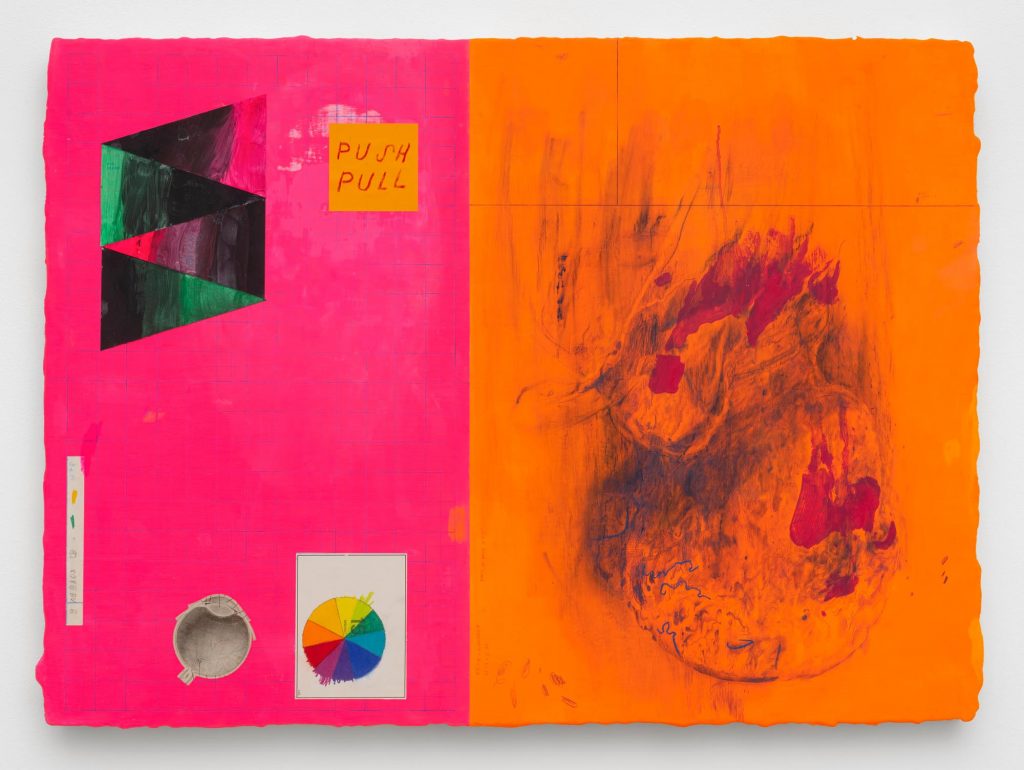 Although not everything on display here dates from 2020, the diversity of touch and approach gives the sense that the artist has pulled back the curtain on a pandemic-inflected practice and invited us to join her in the studio. There, we are treated to sumptuous displays of virtuosic draftsmanship, sly humor, notes-to-self, genuine anguish and a bevy of half-finished sketches. Like the rest of us, Washington is trying to make sense of it all.

Paintings such as “an enucleation” and “i don’t see color” simmer with electrified Day-Glo hues and taut geometry. They’re kindred spirits, both conceptually and materially. In the former, the viewer is presented with a pair of disembodied eyes, freshly severed and served up on one of Washington’s trademark chalkboards, plaster-laden surfaces that seem to absorb everything that touches them. 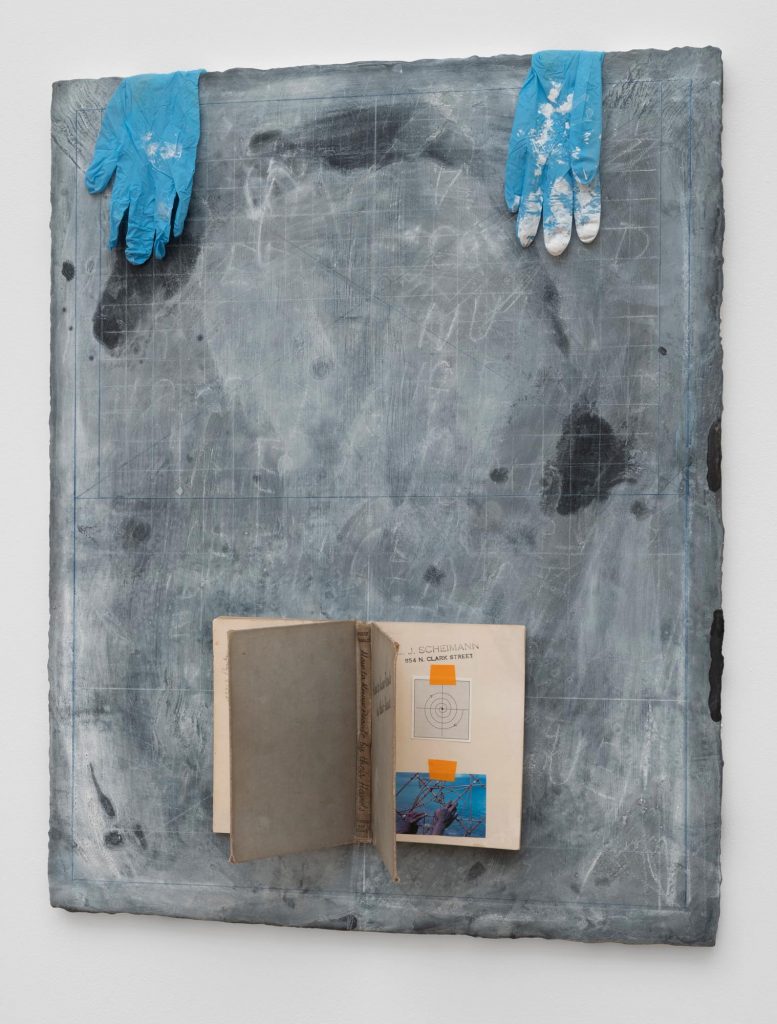 In the latter, a defaced statue of our nation’s first president (an ingenious slice of self-deprecating humor on a searing orange surface) is married to Hans Hofmann’s famous exhortation about the “push and pull” of warm versus cool color.  In the lower left, an anatomical diagram of the human eye floats ominously upward.

These pictures speak to the danger inherent in choosing what we see. Or don’t see at all, as with inconvenient facts that contradict preconceived notions or political dispositions. The motif is recapitulated in various guises throughout the show. The phrase “I Want to Believe,” made famous by the nineties cultural phenomenon “The X-Files,” is like a clarion call in “untitled (humans are very good at dreaming).” But like the discontinuous nature of 2020 itself, Washington’s technical and material heterogeneity can make her works’ theme hard to detect and even harder to tie together.

Like Agent Mulder’s famous exhortation, snippets of text culled from movies, TV and popular culture pepper almost every work on display. Consequently, significant portions of the exhibition register as equal parts precision drawing and the offhand detritus of a society that has spent the last eight months watching too much Netflix. “Bodies feel dangerous right now” satisfyingly evokes the spirit of the times, though like 2020 itself, the viewer is occasionally left longing for more finish. Here’s to 2021. (Alan Pocaro)