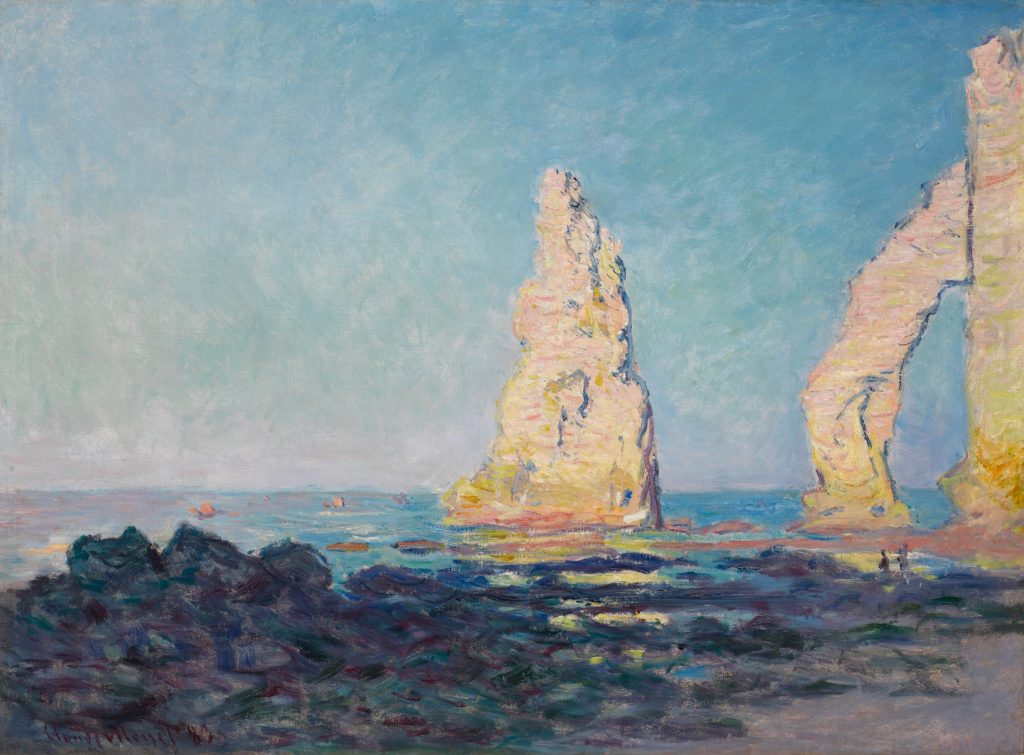 With the largest public collection of Monet paintings (thirty-three) outside Paris, it has been “Monet in Chicago” day at the Art Institute for about a hundred years. And then there’s the special exhibitions, beginning with “Twenty Works by Claude Monet” in 1895 and continuing up through “Claude Monet: 1840-1926” in 1995. As the current show documents, Monet was beloved by Chicago collectors way back when his work first sold in America—Bertha Palmer owned ninety pieces—and he has been popular ever since. (Tickets for the 1995 exhibition were hawked like tickets to Bulls or Bears games.)

What might account for that enduring appeal to Chicagoans? My guess is that some of his work, like “Cliff Walk at Pourville” (1882) and “Poppy Field (Giverny)” (1890) have the joyful intensity of that sunny summer day we dream about from late October to early June. But Monet also created multiple series of paintings on the same subject—like haystacks—that seem to reflect a thoughtful mind, at least as concerned with perceptual investigation as with personal pleasure. He spent his last thirty years representing the water lilies in his pond, which, as gallery signage instructs: “More than any other motif, have come to define his career and lasting influence on artists of the twentieth century and today.” Chicagoans, or at least those who fly business class, may be hedonistic, but they also believe in technological and cultural progress.

This iteration combines the museum’s permanent collection with dozens of pieces borrowed from local collectors, possibly because that was less expensive than having them shipped in from museums around the world. That makes for a low-risk, high-profit exhibition. Yet it’s also an opportunity to view pieces that are rarely seen in public, and possibly outside the dominant taste and ideology of twentieth-century museum professionals.

The first painting in the show, “The Seine at Bougival” (1869), comes from a private collection, and is a sharp contrast to the peaceful and glowing “On the Bank of the Seine, Bennecourt,” which was painted a year earlier and has been in the permanent collection for nearly a hundred years. Instead of a sunny summer day, it’s a winter scene with a pebbled gray sky, a half-frozen river and a lone, dark figure shuffling down a rutted dirt road. Even more angst-ridden is the nearby “Seine Near Vetheuil, Stormy Weather” (1878), also from a private collection, that presents two distant figures in a small boat, battered by choppy waves beneath a tempestuous sky. These are themes seldom associated with Monet. 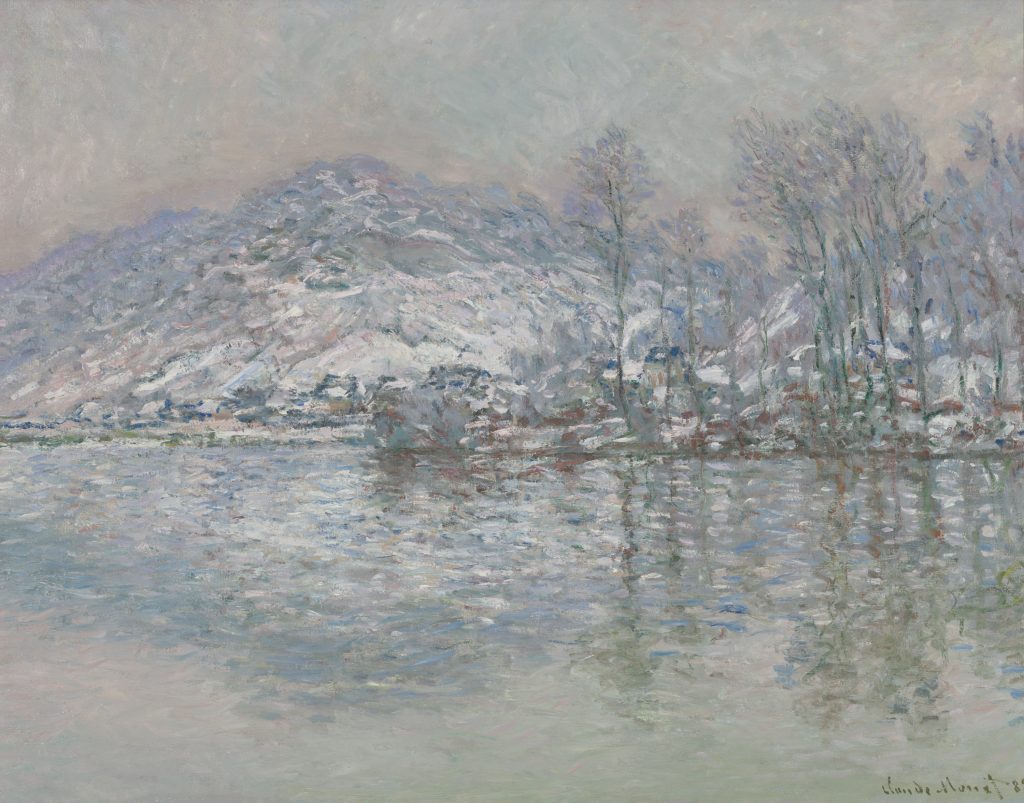 There are several pieces that seem inspired by other French painters. The festivity of “The Parc Monceau” (1878), a royal private park, appears to have been inspired by the fêtes depicted by Watteau. The angularity seen in “Apple Trees” (1878) seems indebted to Cezanne. The small dabs of bright color in “Luncheon Under the Tent“ (1883) recalls the Grande Jatte of Seurat. The solitary figure beneath the branches of an overhanging tree in “The Towpath at Granval” (1883) looks a lot like Corot.

It’s disappointing that museum special exhibitions continue to neglect other great plein air painters like Alfred Sisley, or the many masters from other countries, especially Russia. And heaven forbid that the work of a contemporary Impressionist would ever hang in the Modern Wing. But I’m guessing that plein air landscape painting will be a permanent feature of world culture, just as the Chinese tradition of monochrome ink landscapes on paper or silk has endured for millennia. These forms celebrate the spontaneous experience of being alive and aware. Coming out of European civilization, plein air painting focuses more on the individuality of self and place as an exploration of both. Those concerns have been marginalized by a mainstream art world more concerned with psychological and social critique—but the superstar status of Monet is some evidence of their ongoing relevance to contemporary life. (Chris Miller)