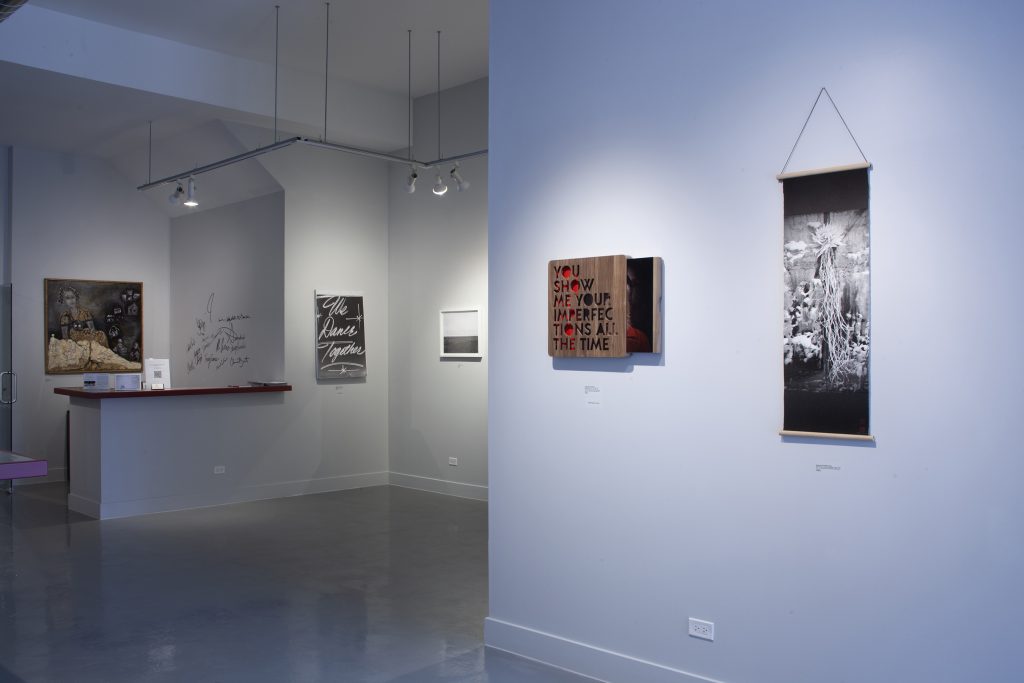 “She said come to Chicago. I said okay. Thankfully, I got in because I didn’t apply anywhere else.” Catherine Edelman reminisces about a past conversation with old friend María Martínez-Cañas, a Cuban-born photographer and the person who sparked Edelman’s interest in photography. 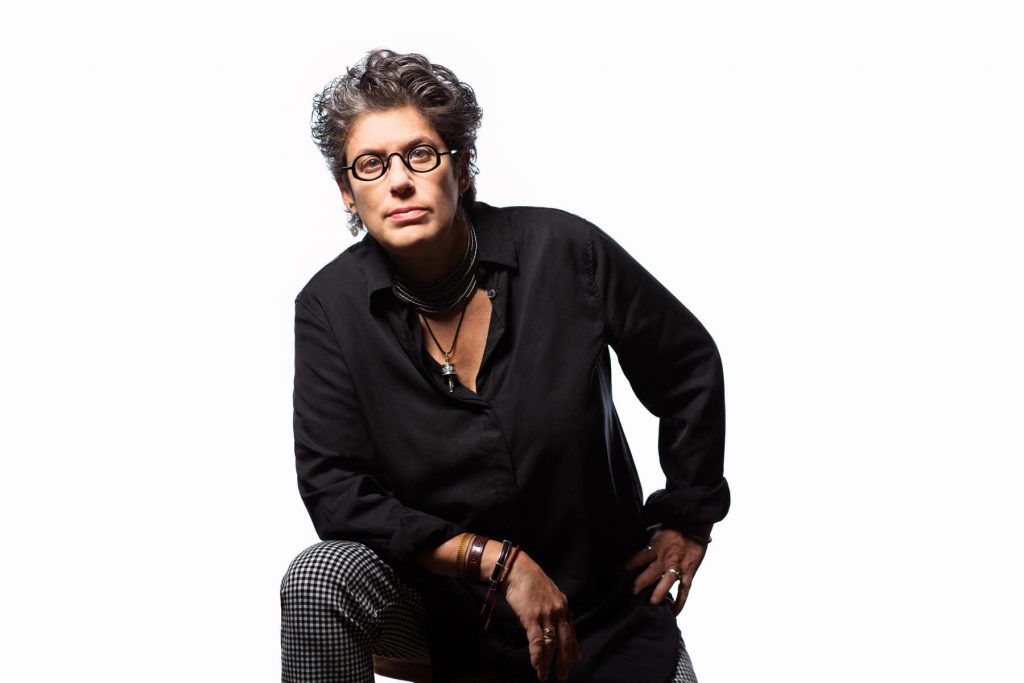 When Edelman was unsure what her next move would be after completing her undergraduate studies, she took Martínez-Cañas’ suggestion and applied to the School of the Art Institute of Chicago. Edelman arrived in Chicago in 1985 to attend SAIC for her graduate degree in photography, planning to become a photographer. In her second year and just six months shy of graduation in 1987, Edelman had surgery on her right eye for a congenital disease. She quickly realized that she would not have a career as a photographer because of excessive eyestrain and began pursuing other career routes. Edelman decided to open up a gallery to gain experience, in the hopes of becoming a museum curator.

In the summer of 1987, shortly after she graduated, Edelman flew cross-country to meet curators who might mentor her. She believed that forming a rapport with curators would help build a strong platform, and once they got to know her, they would vouch for her if artists were interested in her gallery. Robert Sobieszek, longtime curator of photography at the Los Angeles County Museum of Art, became a mentor to Edelman. In the early years, she would shut down the gallery in January and spend the month in Los Angeles, learning from him. 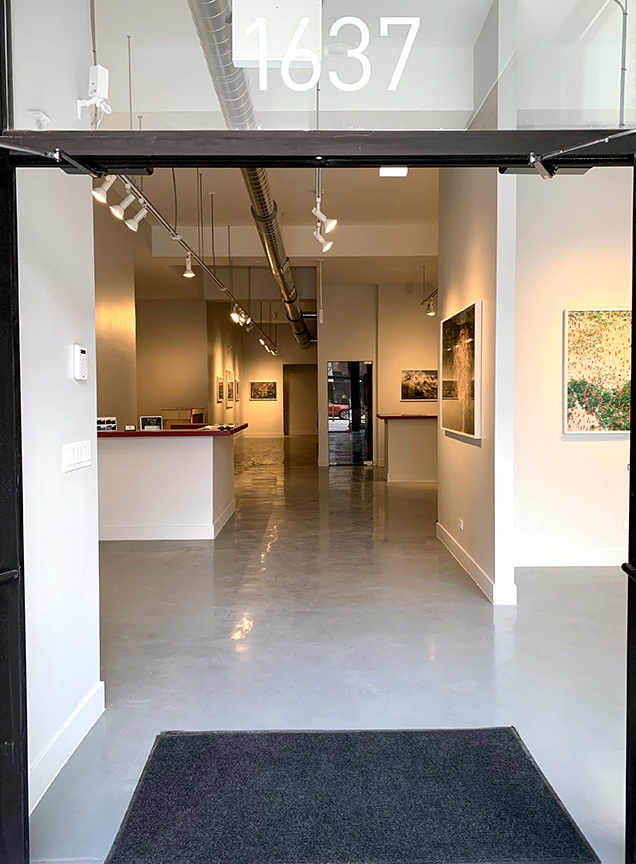 The summer of 1987 was spent looking for the right space for Catherine Edelman Gallery. “Everybody was in River North at the time, so that’s where I went,” she says. When she opened the gallery, she was only twenty-five. Her first space at 300 West Superior was small, and later doubled in size, eventually taking over most of the lower level. Edelman was there until a year-and-a-half ago, when she relocated to 1637 West Chicago. But there was a time when Edelman came close to permanently shutting her gallery. The recession of 1991-1992 led many galleries to close. Around the same time, a curatorial assistant position for Robert Sobieszek became vacant. Hearing this, Edelman was ready to move to Los Angeles and work for Sobieszek, but he encouraged her to keep her gallery open because she would have greater autonomy than if she were working in the museum world. Edelman trusted his advice and remained in Chicago, kept the gallery open, which was ultimately the better choice.

Two stock market crashes, two Gulf Wars, multiple recessions and a plethora of iconic shows later—Catherine Edelman Gallery (CEG) celebrated thirty-three years in business on December 1, 2020. Over those years, CEG established itself as one of the leading galleries in the country for its contemporary fine art photography, hosting 245 public exhibitions, featuring more than 200 prominent and emerging talents. 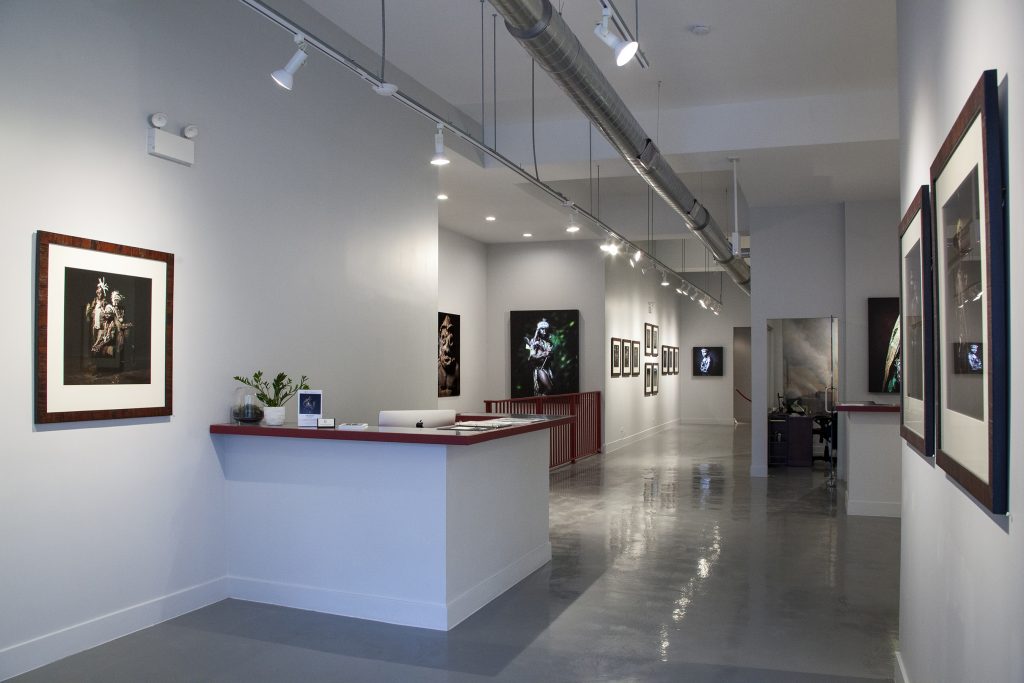 Karen Irvine, chief curator of photography at the Museum of Contemporary Photography, has been a curator for twenty years. When Irvine came to MoCP, Edelman attended one of her very first shows. They have known each other for many years—MoCP has acquired works by some of Edelman’s artists and they have done cross-programming. Irvine says that Edelman is so knowledgeable about photography and so discerning in her taste that she is a pillar in the photo community.

“Cathy’s gallery has been an asset for the city and a real contributor to the field of photography on a local and international scope,” Irvine says. “She has been a really active and important member of the photo community for all of the years that she has been open. Cathy is very connected, supportive, and knowledgeable about photography.”

Despite a substantive trajectory, in December Edelman announced the gallery’s closure to the public as it makes a transition to private dealing. Since the first of the year, Edelman sees clients by appointment only.

“The gallery closing is the hardest decision I’ve ever had to make. It wasn’t done freely,” she says. “But numbers don’t lie. It was definitely a product of COVID, the lack of foot traffic, and the complete collapse of the art-fair system, which was vital to the gallery’s success. Prior to moving to 1637 West Chicago, my brother and I sat down and worked the numbers to see if it made sense, and we realized that within two years, I’d recover the costs involved in moving, building a new space from the ground up.”

Since May, Edelman has tried to figure out how to keep the gallery running. She reached the point where she was paying out of her personal savings, which was unsustainable. Edelman tried her best to keep the gallery open, but the reality was that she was losing $15,000 to $20,000 a month. While she was concerned about the effect that closing would have on her staff, she knew it had to be done.

“I am completely and utterly disappointed and have no problem saying that,” she says. “Right now, I’m trying to figure out what ‘going private’ means. In my ideal world, I’d love to keep the gallery space and just be private, but I don’t know if that’s practical. I’m giving myself a little time to make that decision.”

Some of Edelman’s favorite photographs 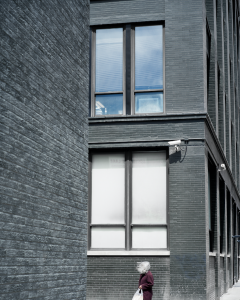 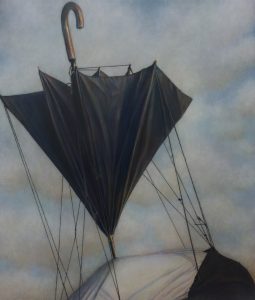 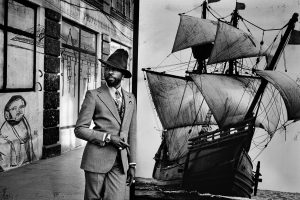 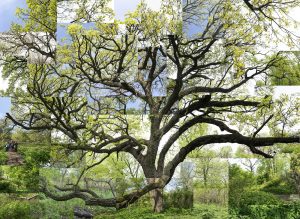 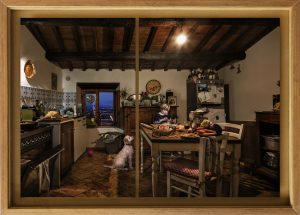 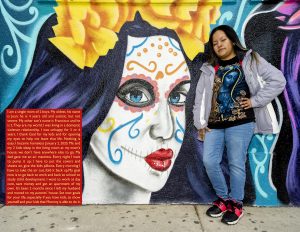 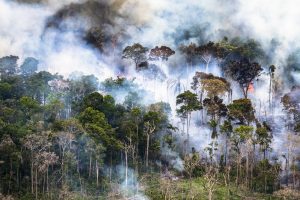 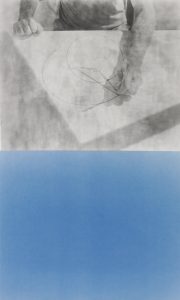 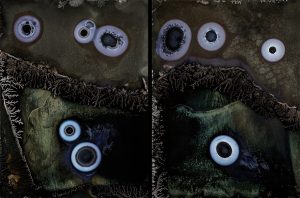 Irvine says that the closing of CEG is a blow to the local gallery scene; Edelman offered so much, she says, from amazing exhibits by great artists, both established and emerging, to public programming. “We’re definitely sad to see Edelman Gallery closed,” Irvine says. “I’m glad that she’s still remaining in the field and will be supporting her artists privately amongst this brick-and-mortar space. It still is sad to see an institution that was a gathering place for a lot of the photo community to close its doors.”

Reflecting from when she opened the gallery to now, Edelman says that most of the money she inherited from her grandfather, which she used to open the gallery, was lost only two weeks after signing her lease to the 1987 stock market crash. Regardless, she programmed the first handful of shows to focus on sex and politics, hoping to gain as much publicity as possible, opening with “The Ballad of Sexual Dependency” by Nan Goldin. Despite not making any money, Edelman received a tremendous amount of press. The first few years of the gallery set the precedent for the gallery where she only works with living photographers. And it quickly reflected the gallerists’ progressive bent; Edelman’s interest in politics stems from growing up in New York City, where she “went to all the ‘No Nukes’ and ‘Free Nelson Mandela’ rallies, protesting for human and civil rights.”

Edelman learned as she navigated the world of art. She networked with other gallery owners to understand the business and never had a problem reaching out to others in the industry. She knew she had a good sense for business and gained the confidence to reach out to artists. From a start-up to becoming one of the Chicago’s premier galleries for photography, Edelman credits the advice and mentoring of photography curators Tom Hinson (Cleveland Museum of Art), Robert Sobieszek (LACMA), Anne Tucker (Museum of Fine Arts, Houston), and John Fergus-Jean (Columbus Museum of Art). Edelman recalls other gallery owners who helped her when she reached out for practical things such as how to ship a photograph. Throughout the years, Edelman did her best to stay true to her own vision of what CEG represented and to seek out photographers whom she wanted to work with, although her taste evolved over decades in business. 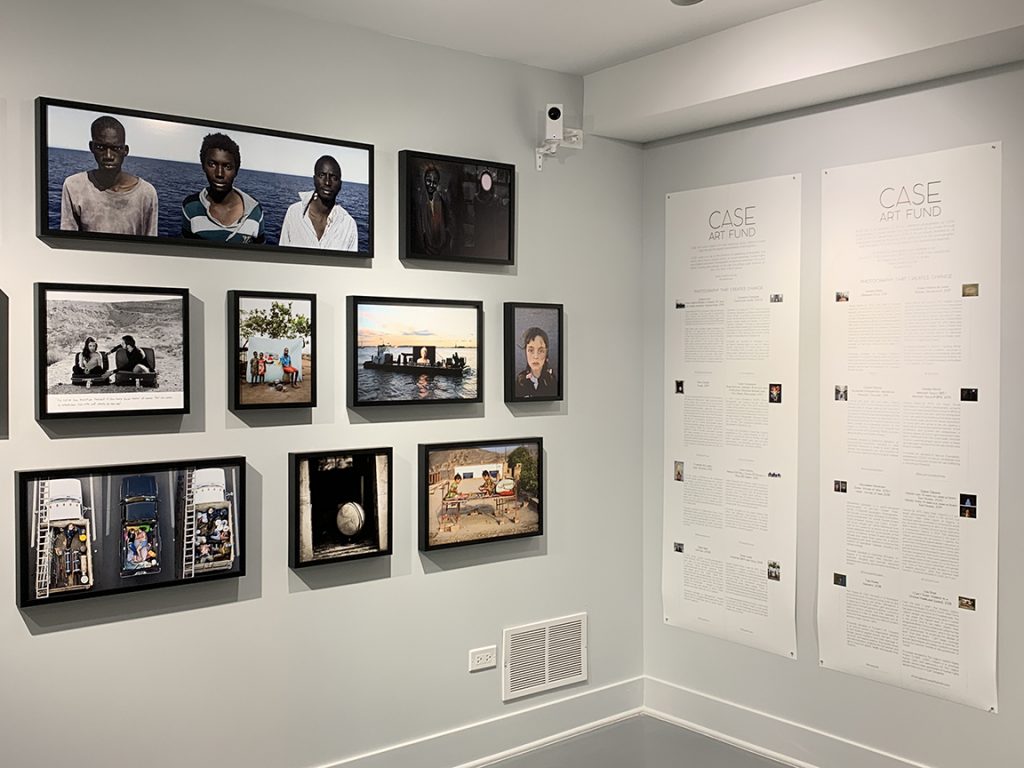 Photography had come into its own before Edelman first opened her gallery but its role and place in the art world has changed significantly since then. There were galleries throughout the United States and Europe that specialized in the medium when CEG opened. In the late 1980s to the early 1990s, Edelman and her colleagues were still holding conversations on photography versus art and color versus black-and-white. An established organization and one that all photography dealers hoped to join was The Association of International Photography Art Dealers, which launched its thirty-ninth edition of “The Photography Show” in 2019. Edwynn Houk was the only Chicago gallery specifically devoted to photography in the late 1980s, and was incredibly supportive of Edelman’s decision to open a gallery dedicated to photography. As time passed, museums established dedicated departments and galleries to the art form. Auction houses began presenting photography-specific sales and photographers were added to rosters of mainstream galleries. Photography as an art form had been elevated.

The future of galleries in the market, however, is uncertain. Edelman believes the model of the gallery is changing. “I cannot profess to know what it will look like but it’s clear that fewer and fewer people are being educated in the value of seeing art in situ,” she says. “For years, gallery owners have spoken to one another about the lack of foot traffic and the value of a brick-and-mortar space. The pandemic only exacerbated an existing reality, which is truly heartbreaking. Unfortunately, I think many galleries will close or go private, but I have faith that the next generation will revive the gallery model in new and innovative ways.”

In addition to running CEG, Edelman co-founded a nonprofit in 2018, CASE Art Fund, with a friend who lives in Norway. The nonprofit raises awareness for children’s human rights through the support and exhibition of photography. CASE Art Fund collaborates with organizations worldwide, including UNICEF, UNHCR and non-governmental agencies. “We’re very interested in working with people who know more than we do, as we seek to add a different perspective through photography,” she says. “We have several projects in the works including one in El Paso about the U.S.-Mexico border, but due to COVID, that has been put on hold. But we’re excited for 2021, when we will produce outdoor exhibitions in Chicago and other major cities.”

Edelman has decided to keep the brick-and-mortar space and operate by appointment only. Looking at past seasons, she feels lucky to have the support of Chicagoans and people worldwide for more than thirty-three years.

“When people go private, nothing really changes,” she says. “It’s still Catherine Edelman Gallery. If people want to see things, I will have the ability to show work whether it’s at 1637 or my home.”