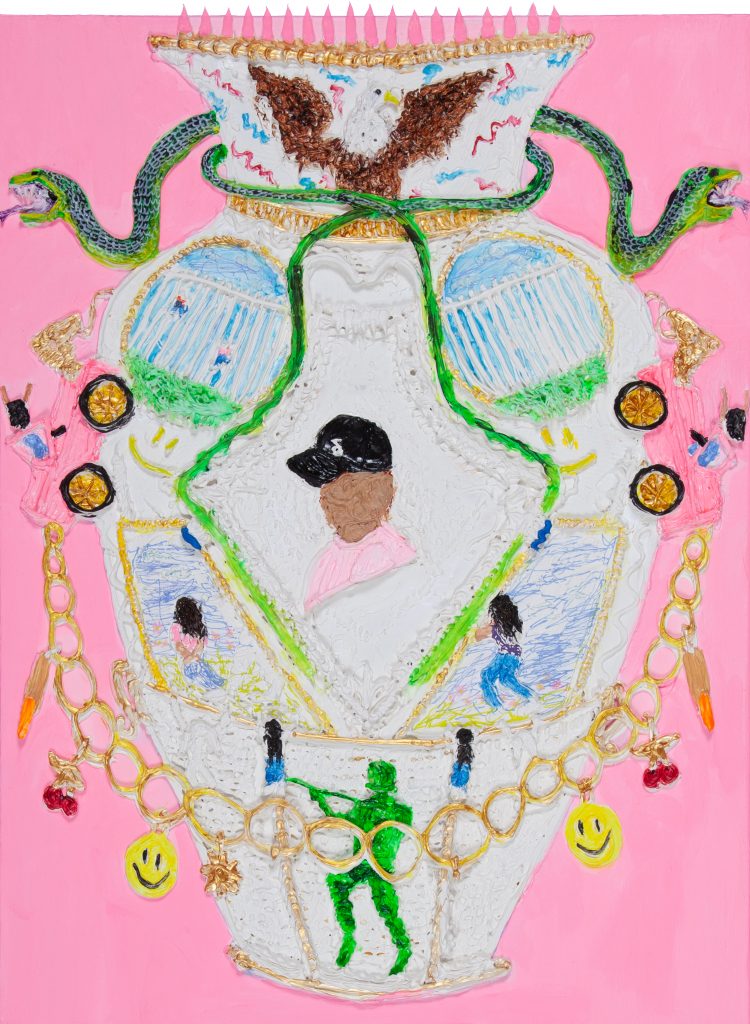 In the spring and summer of 2020, following the murder of George Floyd and the protests that followed, art institutions around the world pledged solidarity with those who are fighting for Black lives, vowing to be better at creating spaces that are inclusive and equitable. Earlier that year, the DePaul Art Museum announced a plan to do that, through a multiyear initiative aimed at fostering Latinx representation and participation in the museum’s programming and collections.

“So many of us are throwing around the diversity, equity, access and inclusion verbiage,” says Laura-Caroline de Lara, interim director of the museum, “and for DPAM, for the longest time, it’s been a key part of who we are and what we do.”

The initiative continues with “LatinXAmerican,” an ambitious group exhibition of nearly forty artists which aims to highlight and also complicate the identities and practices of Latin American artists. A majority of the artists are Chicago-based or previously linked to Chicago, a priority for DPAM, although their backgrounds will not be presented on didactics as in most museum exhibitions.

“That aspect of nationality we’re also problematizing with the show, in that normally with exhibitions like this, you would have the artist’s name, where they were born, and the year that they were born,” de Lara says. “Nationalities for so many of these communities are diverse, and are also a conversation around what is American, what is not, how do we define those terms. So many of these artists are living in between cultures that for us it made sense to problematize that a little bit and diversify that conversation.” 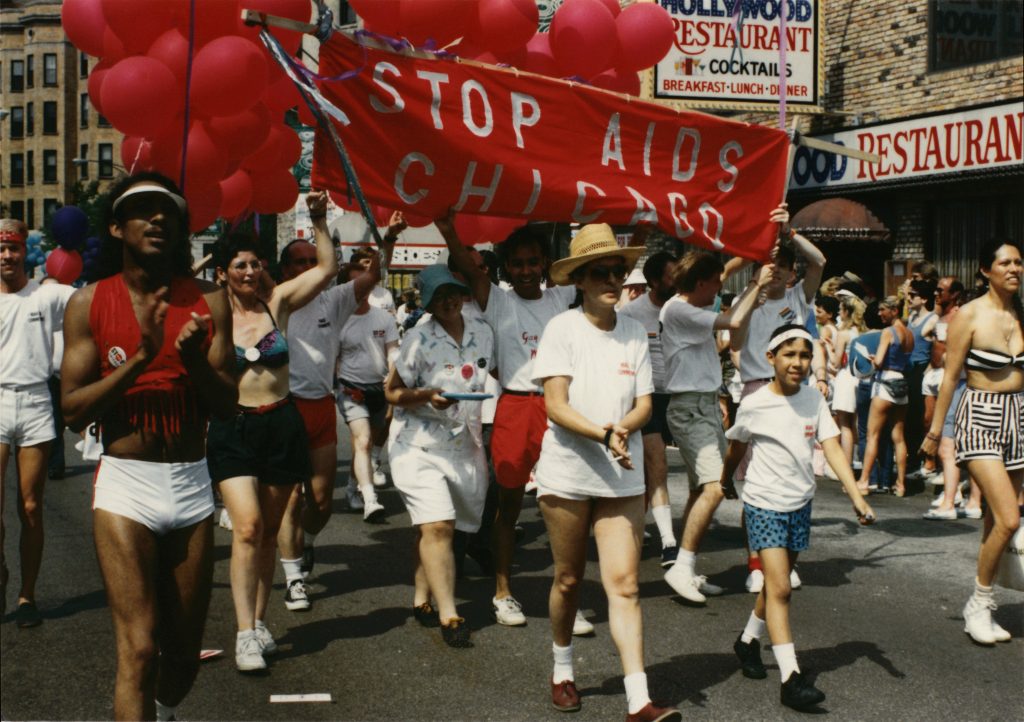 Spearheaded by former DPAM director and chief curator Julie Rodrigues Widholm, the Latinx initiative came out of conversations and research around the lack of representation of diverse populations in museum collections. A 2019 study on the diversity of artists in museum collections found that in eighteen major U.S. art museums, eighty-five percent of artists were white and eighty-seven percent were male. Of all the artists in the study, only 2.8 percent were Hispanic or Latinx, almost all of whom were male (2.6 percent). DPAM is sensitive to gender disparities as well, recently acquiring works by Maria Gaspar, Melissa Leandro, Nicole Marroquín and Yvette Mayorga.

The museum is also aware that not every artist in the show identifies as Latinx, a term not introduced until the mid-2000s. Its usage as a gender-inclusive, non-binary pan-ethnic term to describe Americans with Latin American heritage has increased in the last several years. But according to a 2020 Pew study, just three percent of U.S. adults who self-identify as Hispanic or Latino say they use Latinx to describe themselves. 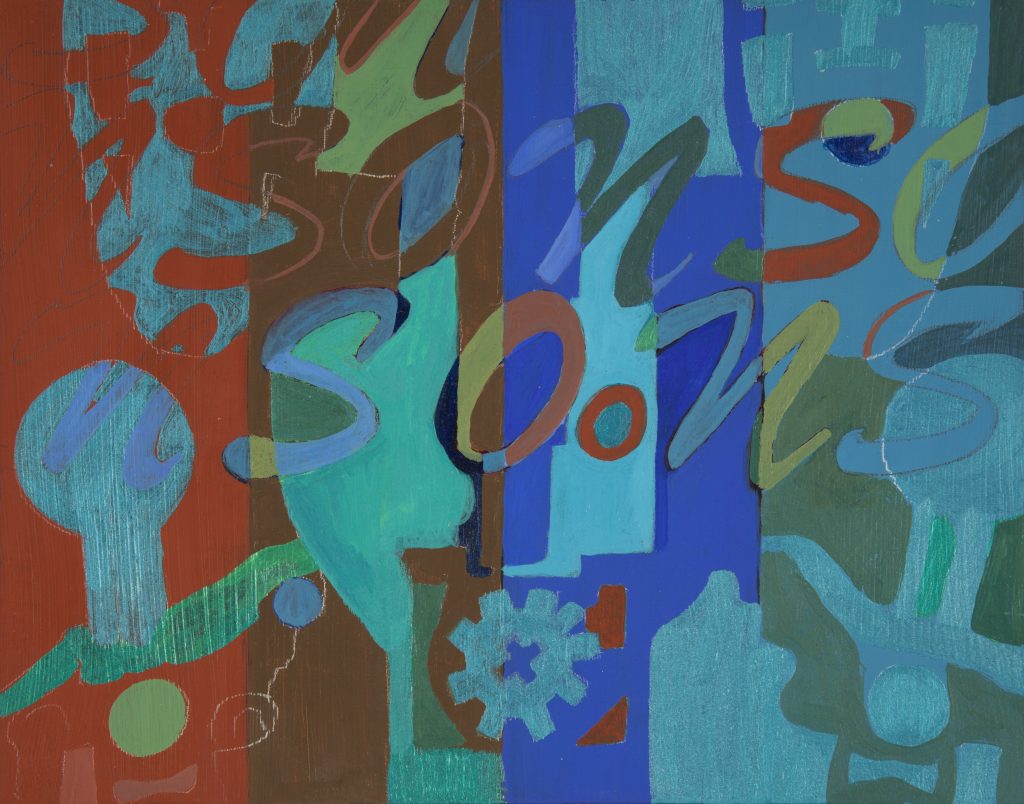 For Candida Alvarez, whose work “Son So & So” will be on view in “LatinXAmerican,” this is her second show in recent months that uses the term Latinx. She’s also an integral part of “Estamos Bien: La Trienal,” El Museo del Barrio’s first national large-scale survey of Latinx contemporary art, which is named after one of Alvarez’ works.

“When you say Latinx, you focus on the Latin part but what about the other parts, the indigenous parts, the Afro parts?” Alvarez asks. “The diaspora gets swallowed up.”

Alvarez, who creates abstract paintings that are evocative of light and color and are akin to stained glass, came up describing herself as Puertorriqueña. But she realizes that Latinx represents a new generation’s desire to identify itself. “It’s complex,” she says. “It’s an attempt at embracing a fullness that is much more than what we look like on some level, because it really says I’m this political being. I’m going to name myself what I want.”

While DPAM will technically open “LatinXAmerican” while the museum remains closed to the public, there is a virtual element. The museum has partnered with Ivan Lozano and Archives + Futures (A+F), a podcast for and about Latinx and Indigenous visual artists of the Americas. Across the the duration of the exhibition, Lozano will interview ten artists featured in “LatinXAmerican,” with episodes released on alternating Fridays. Public programming also includes free, virtual workshops, lectures and conversations.

The public is able to view the show at home through the museum’s website, although de Lara hopes the museum will reopen to visitors in the spring or summer. And for those passing through Lincoln Park, “Quetzalli,” a site-specific installation by Claudia Peña Salinas will be installed in the museum’s front windows starting February 18. The installation focuses on the Aztec headdress “Penacho de Moctezuma,” which was acquired by the Austrian geologist and explorer Ferdinand von Hochstetter in the late nineteenth century and is in the collection of the Museum of Ethnology in Vienna. Salinas highlights the repatriation dispute between Mexico and Austria in the work, which is a composite image of the actual headdress and a replica at the National Museum of Anthropology in Mexico City.

Salinas’ work points to another goal of DPAM’s Latinx initiative: heightening the sense of belonging within the museum, both to the public at large and the DePaul community specifically. Latinx people make up nearly thirty percent of Chicago’s population and sixteen percent of DePaul University’s enrollment, the exhibition website cites. “Museum spaces are often contentious spaces for a number of people, they don’t always feel welcome in them,” de Lara says. “One of the things that we are working toward is being able to provide both a physical as well as a virtual space where people feel like their voices are not only heard but also really incorporated into the fabric of who we are as a museum.” 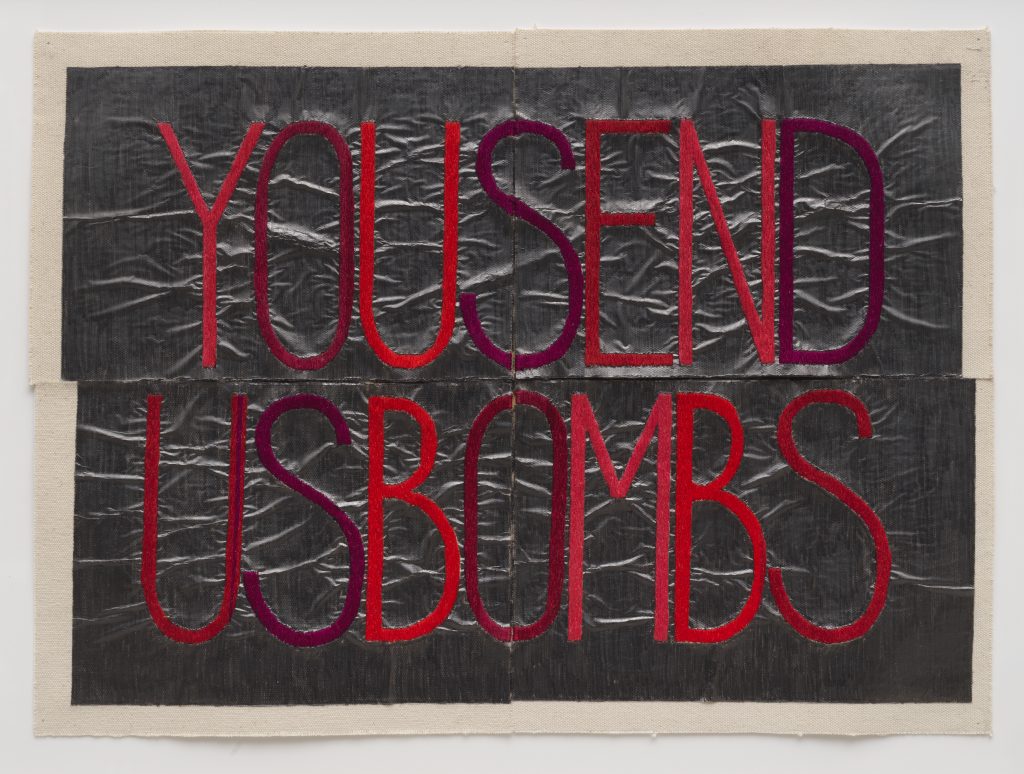 At a time when a lack of action around diversity and inclusion at art institutions is apparent, DPAM’s endeavor to put their values into practice is heartening. While the initiative is operating on a three-year timeline, de Lara stresses that the work won’t end there. “We wanted to make sure it wasn’t just an exhibition but that those conversations would continue long after that,” she says. “Part of a museum’s job is to really become a representative of what our contemporary conversations are and should be, and part of the way to do that is to ensure that we are creating a space for all types of voices and all types of communities.” (Kerry Cardoza)

“LatinXAmerican” is on view at the DePaul Art Museum, 935 West Fullerton, through August 15.

Most of those artists are Mexican, Mexican-American and Puerto Rican, why are you not using those names. Using the Latinx term get rid off their heritage and identity and it is a form of whitewash and white supremacy . We need to see more Mexican, Puerto Rican, Venezuelan, Colombian art in museums.