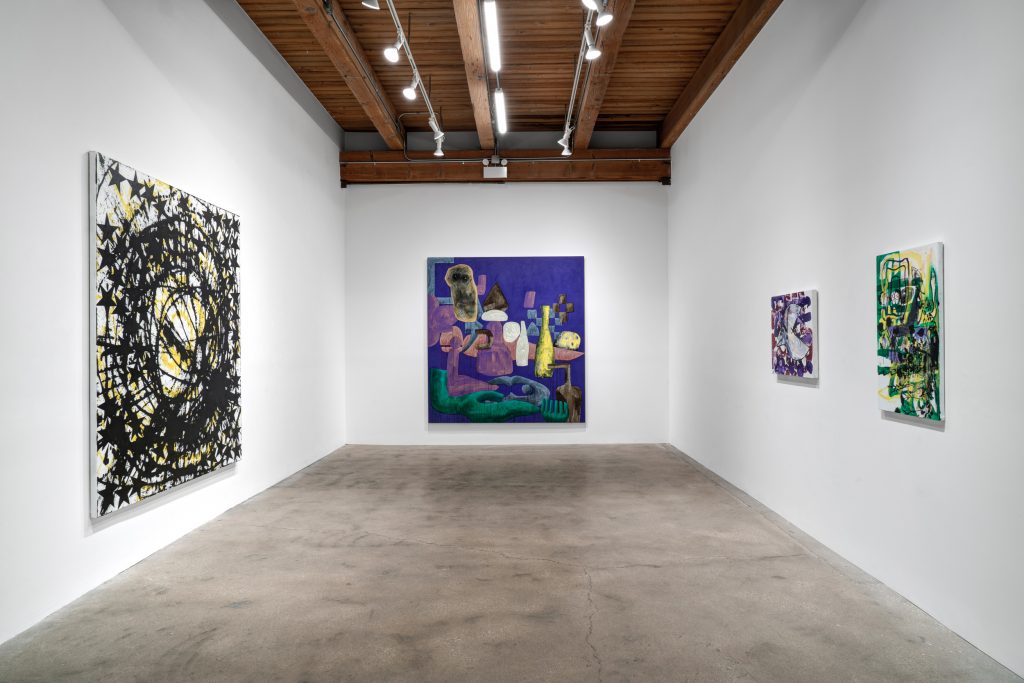 If the thrust of contemporary painting still has something that resembles a cutting edge, then Charline von Heyl is unquestionably on the tip of the spear. For over a quarter century, the German-born artist has pursued an idiosyncratic approach to image-making that prioritizes difference and repetition, chromatic subtlety fused to outlandish hues and spontaneous gestures dappled with refined marks. Like a classic composition by jazz legend John Coltrane, the artist’s paintings are liable to move in both directions at once.

Von Heyl’s latest exhibition (her third with Corbett vs. Dempsey) is a smoldering, twelve-cut cross-section of what makes her work curiously confounding and at the same time, so eminently satisfying.

It’s been suggested that von Heyl is an artist without a style. Indeed, a viewer enchanted by the frenetic orange-red strokes and Hofmann-esque gray slabs in “Vel” could be forgiven for concluding that the candyland color and still-life imagery in “Bog-Face” belong to wholly separate artists. But the common threads that weave her oeuvre together are best considered in terms of attitude and approach, rather than an aesthetically homogenous end product.

Von Heyl’s work is frequently funny, infused with irony (absent cynicism) and almost always surprising. There’s an everything-and-the-kitchen-sink strategy that freely mixes methods and mediums permeating the paintings on display. It’s an approach that can be traced back to European avant-garde artists such as Asger Jorn, Martin Kippenberger and Sigmar Polke. But in von Heyl’s hands, the results are more playful than political. Ducks, rabbits and disembodied eyes abound. 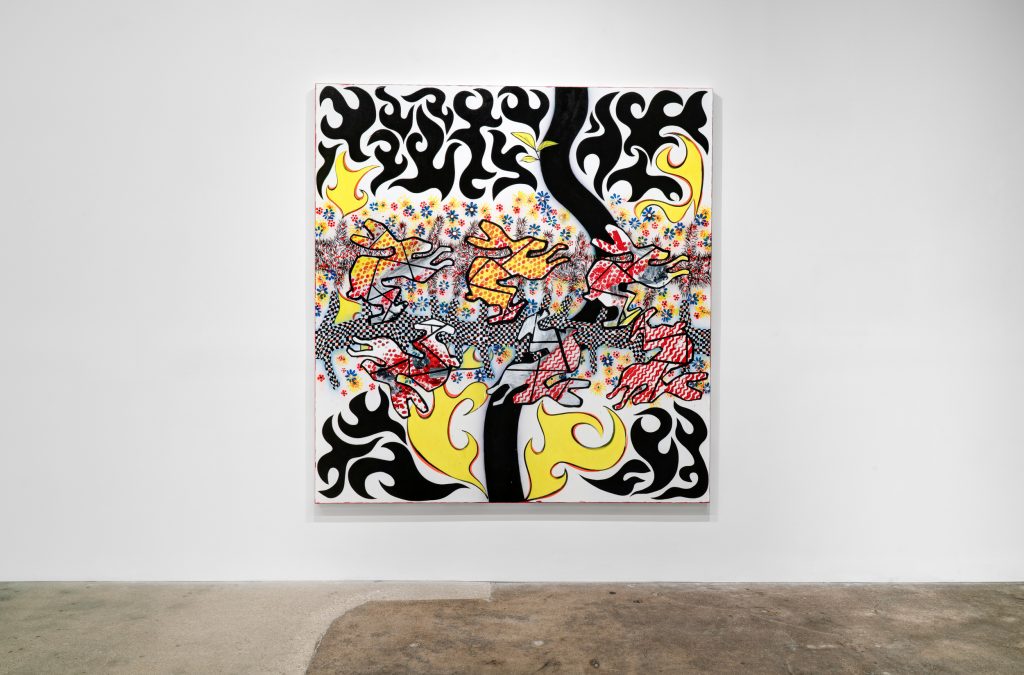 Technically, von Heyl thinks like a printmaker. Despite their diversity, her most commanding compositions and the spaces they create are almost always realized in terms of layering. Case in point: “Don’t Think It Hasn’t Been Lovely Because It Hasn’t Been.” A searing, lemon-yellow synthesis of flatly depicted hands that become abstract marks, the painting is set on top of the remnants of a fundamentally different work. The pentimenti materialize slowly, putting the brakes on a high-key painting that otherwise moves at breakneck speeds.

These rapid shifts and peculiar juxtapositions are ultimately what’s best about von Heyl’s paintings. Their ability to transcend the cultural priorities of the moment (superficiality, momentary pleasure and rapid consumption) while undeniably being a part of the discontinuous zeitgeist that’s given rise to them, is unmatched among her peers. “New Paintings” demands multiple viewings. (Alan Pocaro)