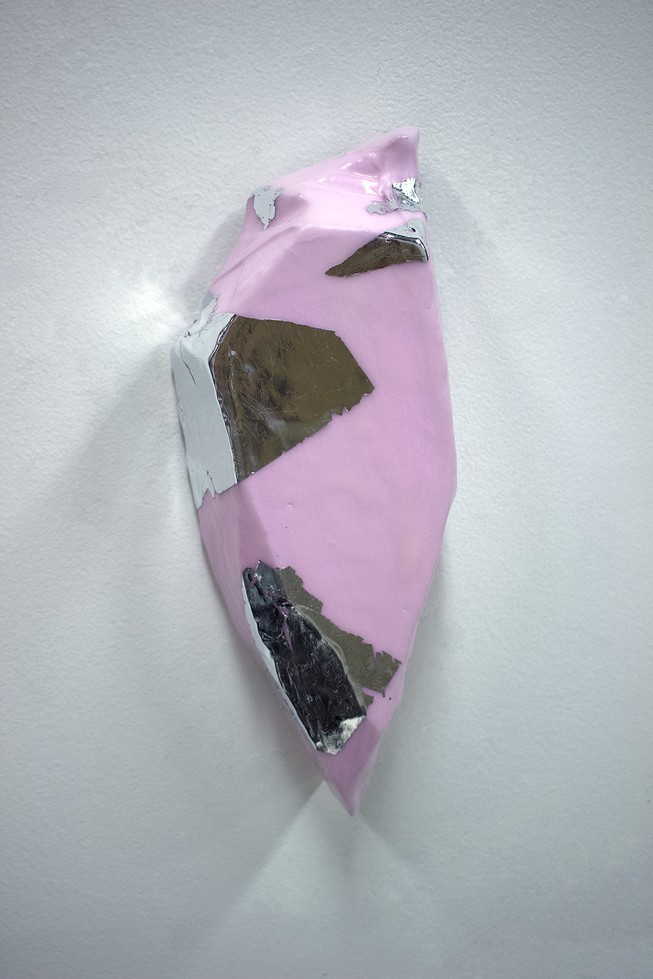 An artist might be forgiven for having the hubris to transform crumpled aluminum, talcum powder, polystyrene, canvas, encaustic and other humble materials into wondrous creations that seem to defy the laws of nature. A critic might be forgiven for so thoroughly enjoying their existence. So it goes with the small wall-mounted sculptures Ahavani Mullen includes in “From Sky to Sky,” her online fall solo exhibition at CIRCA Gallery of Minneapolis. The show also includes close to a dozen mid-size abstract paintings, but their otherworldliness is tepid and hazy where that of the reliefs is hot and palpable. Imagine blocks of stone chiseled from neon cliffs, crude tools shaped from sharp and gleaming jewels, crystallized surfaces and infinitely complex geometries of gleaming shiny matter. Strange though these things are, they be made but by a human artist in her earthbound studio—and they are all the more exquisite for it. 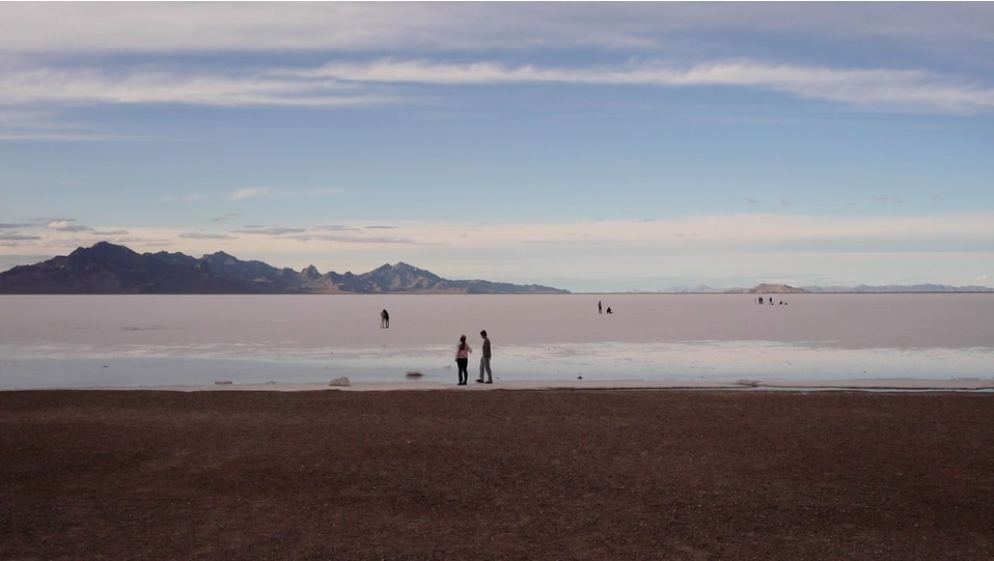 Has life become just a giant shiny surface in which to see ourselves reflected right back at us? You have to wonder. “Mirror State,” a short video by Erika Råberg that is part of a larger online interdisciplinary project of the same name, offers the opportunity to muse on this question both in the obvious terms of social media and the subtler ones of the Anthropocene. Set at the Bonneville Salt Flats in Utah and employing as actors a few clusters of unsuspecting tourists, “Mirror State” frames this wondrous landscape so that the horizon acts as a line separating the sky from its likeness, as imaged by the crystalline surface of the dried ancient lakebed. The humans, alas, are too busy posing for one another’s cameras to notice the strange coincidence between what the atmosphere and the earth are doing—image making—and the practice in which they themselves are engaged. Or the more unsettling fact that the primary human technological incursion into this environment is not the smartphone they’re holding but the bomb tests of the recent past. Or the far more profound, even unmanageable notion that in a place so old, neither bombs nor cellphones will ultimately amount to more than a blip in time. 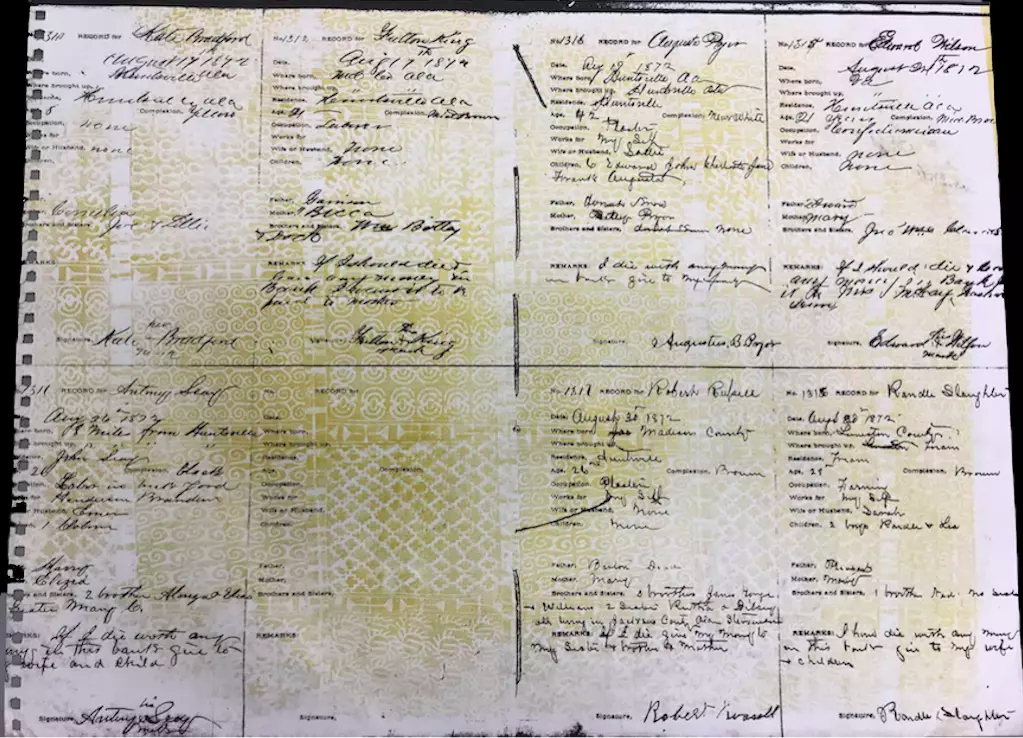 Was wallpaper the first immersive art form? An installation by Shonna Pryor, planned for Black History Month but postponed indefinitely due to the pandemic, will test out its current potential by covering Chicago’s petite Material Gallery from top to bottom. Unlike with traditional wallpaper, however, the effect will be palimpsestic rather than decorative. Pryor’s repeating design features faded ocher patterns taken from indigenous African clothing and ceramics, overlaid with bank ledgers from the Freedman’s Savings and Trust Company; to this layering add viewers, who will themselves become foreground to the artist’s silkscreened backgrounds. The Freedman’s bank, founded in 1865 to provide African Americans with a place to put their money in a segregated financial system, failed catastrophically in 1874, leaving devastated communities and institutional distrust in its wake. Today the bank’s archive exists as a repository of information about entrepreneurial African American families during Reconstruction, including, perhaps, the artist’s own. One of the seven reproduced ledgers is for an Augusta Pryor of Huntsville, Alabama, who had six children and a wife named Sallie—and maybe a great-great-great-niece named Shonna. 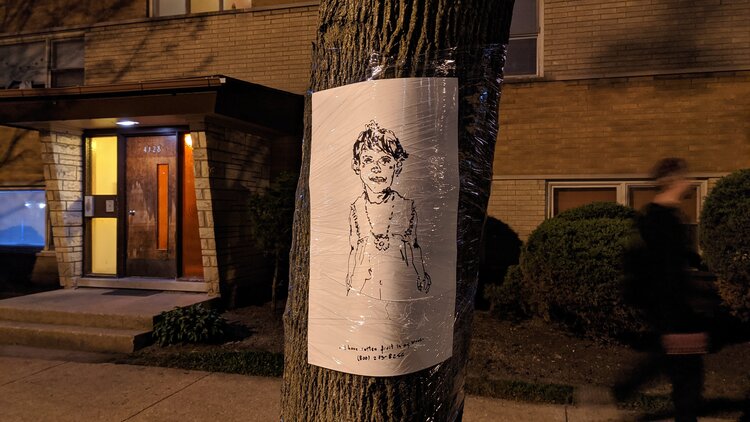 I’m for public art generally, but especially right now, when spending time walking around outdoors is so much safer than being in a gallery or a museum. Lucky are the residents of Chicago’s Old Irving Park neighborhood, where artist Alonso Galue has, since the beginning of the pandemic, produced a pair of heartfelt and generous projects that fit right into the local landscape. In May, using the method by which No Parking signs get posted, he plastic-wrapped thirty-four original portraits of hardscrabble Venezuelan kids to sidewalk trees, captioning them with poignant lines from the poetry of their homeland and the phone number for a local helpline. In October he handed out to passersby envelopes containing a printed drawing of a mirthful woman accompanied by the simple greeting “Are you ok?” in English and Spanish. Recipients who felt moved to answer the question could use an included QR code to do so (responses will appear in a future version of the project). Galue isn’t providing rent relief or volunteer medical care or free food—all desperately needed due to the devastations of the coronavirus—but he is offering humanity, which under current social limitations may be what’s most badly needed of all.