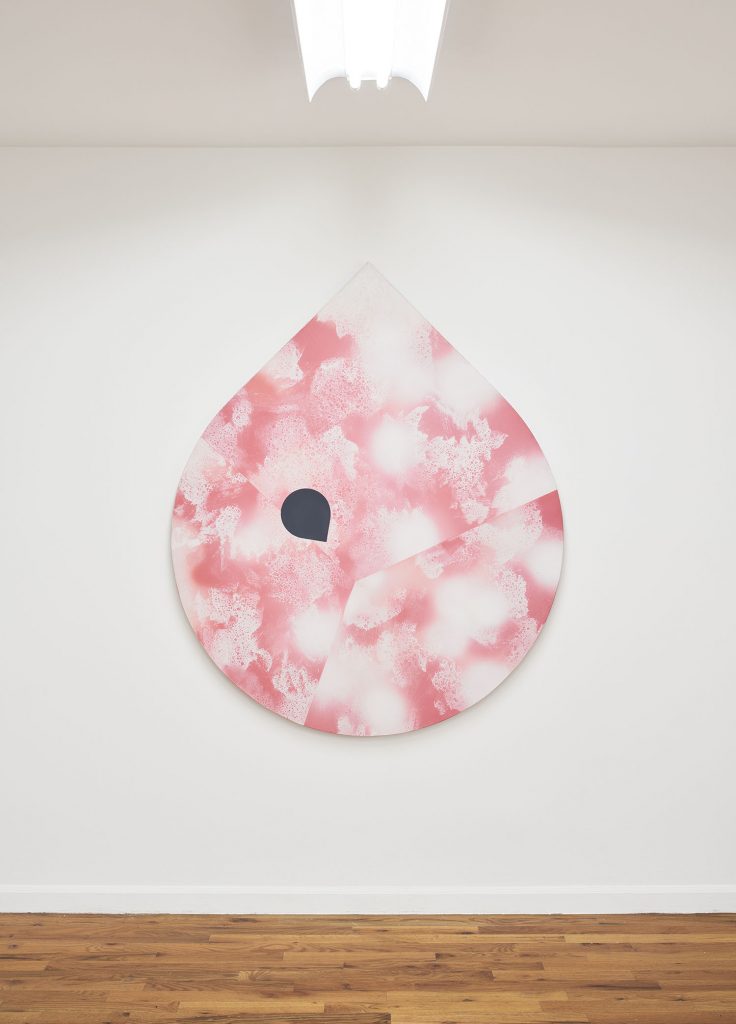 To feel at home in the twenty-first century is to be perfectly at ease with contradiction. I marvel at the fact that the nightly news is a nonstop thrill ride, recapping the latest installment in the final season of America, while my day-to-day life is the pinnacle of pandemic monotony. I’d even wager that the past twelve months of pestilence and political, economic and social instability simply make more sense the less you require that they make any sense at all.

Art is a different matter. I want painting to be painting, sculpture to be sculpture. Toying around  at the edges of the conceptual frameworks I used to distinguish between object-kinds is cool, but like all things, there’s a limit. A point at which cross-disciplinary transgression achieves the breakaway speed of maximum pointlessness. So for me, Bob Hooper’s new work at Regards presents a challenge. 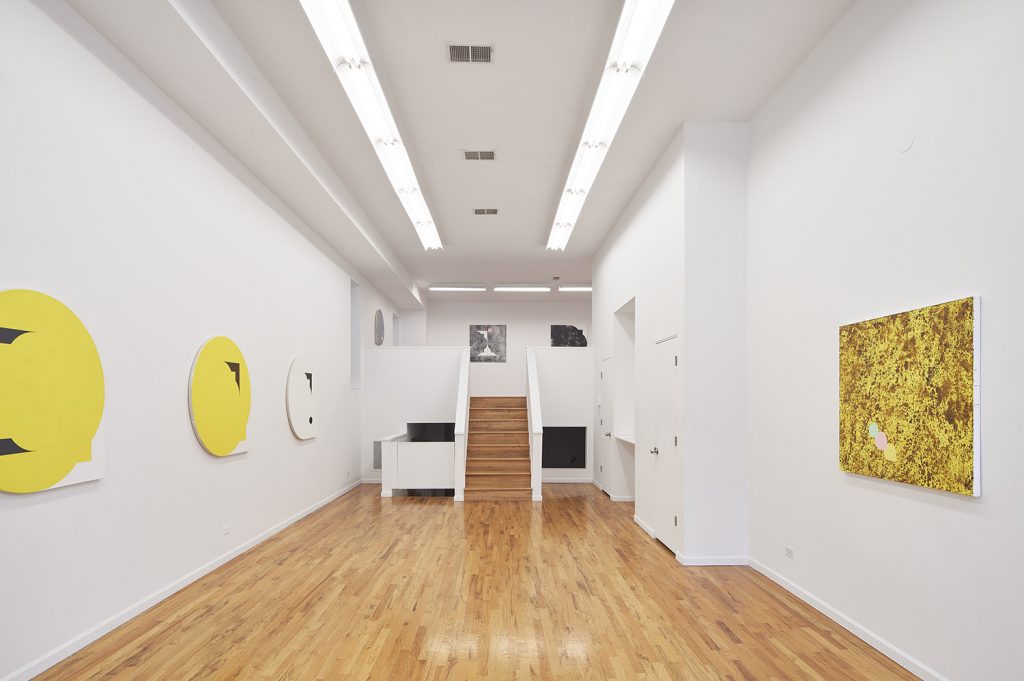 Bob Hooper, “All Parts Are Both,” installation view

To be certain, there’s nothing pointless about Hooper’s painting. But these “circle-squares” are case studies in contradiction. Teardrop-shaped, the supports that define the contours of his works are like an itch just out of reach. Object-forward, but not altogether sculptural. Brushed with precision, but not altogether painting. Even a week later, I can’t figure out what to make of them.

These works sustain a strikingly high degree of tension with relatively frugal means. Aside from the aforementioned shaped support, the works’ surfaces are either clean, hard-edged, and in the cases of “opaque thought” and “quiddity,” brilliant emoji yellow, or they’re mottled with an organic, all-over treatment that calls to mind rust or mold. Between these two extremes there is no middle ground. 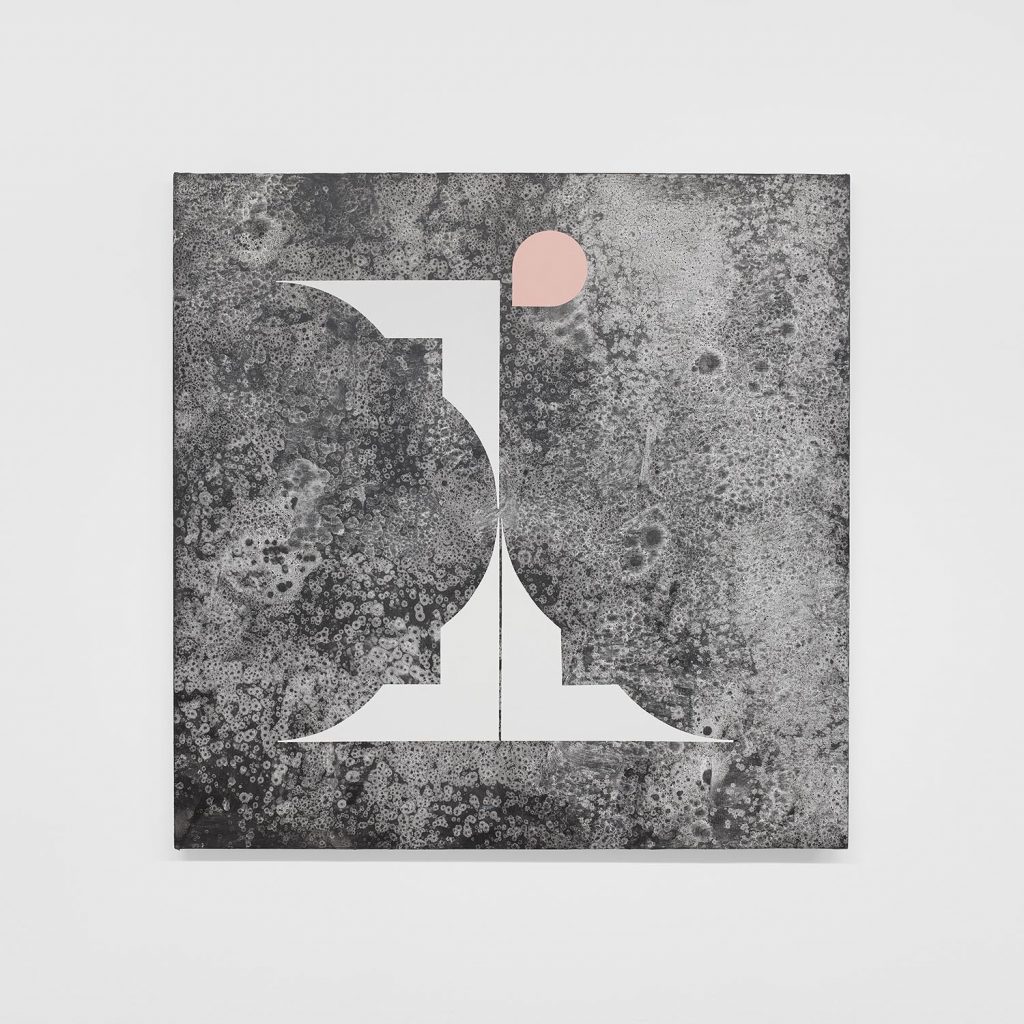 The disquietude of these opposites in conflict are best reconciled in the precious few works executed on rectangular supports. “Portrait d’ un Poète” is a gray-and-white concerto that synthesizes Hooper’s disparate touches into a satisfying visual statement. Echoes of the architecturally inspired “circle-square” rest within the surface, suggesting a window onto some fictional space, albeit one that eludes the release of denouement. A pleasantly perplexing sojourn from an established artist seldom seen in Chicago, “All Parts are Both” is the best kind of problem. (Alan Pocaro)