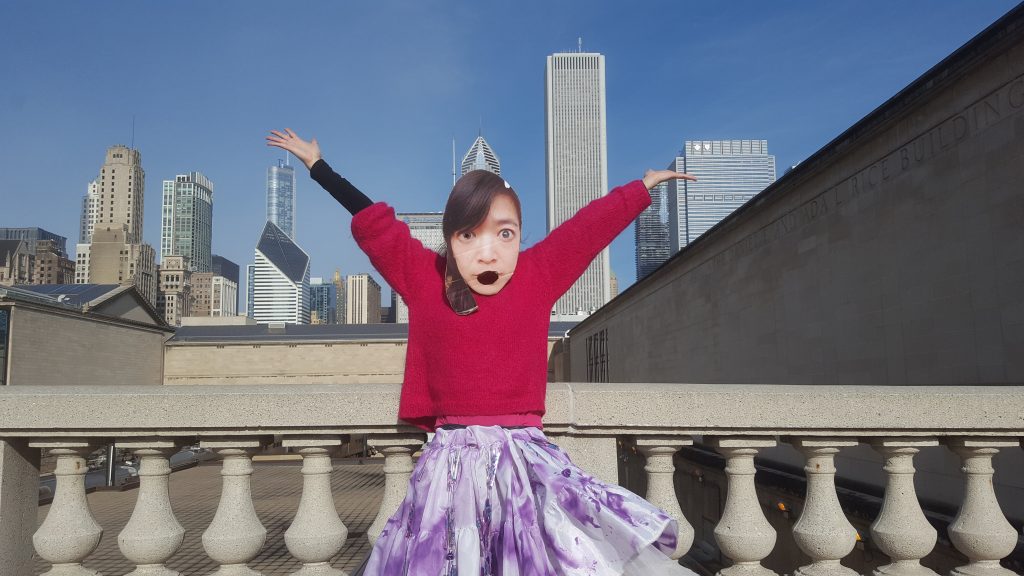 Hailing from Aotearoa (New Zealand), Li-Ming Hu moved here in 2017 without ever visiting Chicago, on a scholarship to the School of the Art Institute of Chicago for an MFA in performance. In Aotearoa, Hu completed her undergraduate degree in sculpture, and became interested in the performative power of objects and her relationship as a maker and performer to them. She creates objects, installations, videos and performances, often using pop culture, especially music, as material for her work. She believes that songs harbor stories within the lyrics and display an identity of the performers and songwriters. Hu also likes to use pop culture to explore ideas related to how we are asked to perform in our public and personal lives, as well as subjectivity, cultural production labor and her own experiences with art-world anxiety. When Hu started working in performance in early 2014, she did not realize that was what she was doing until someone referred to her as “performing.” 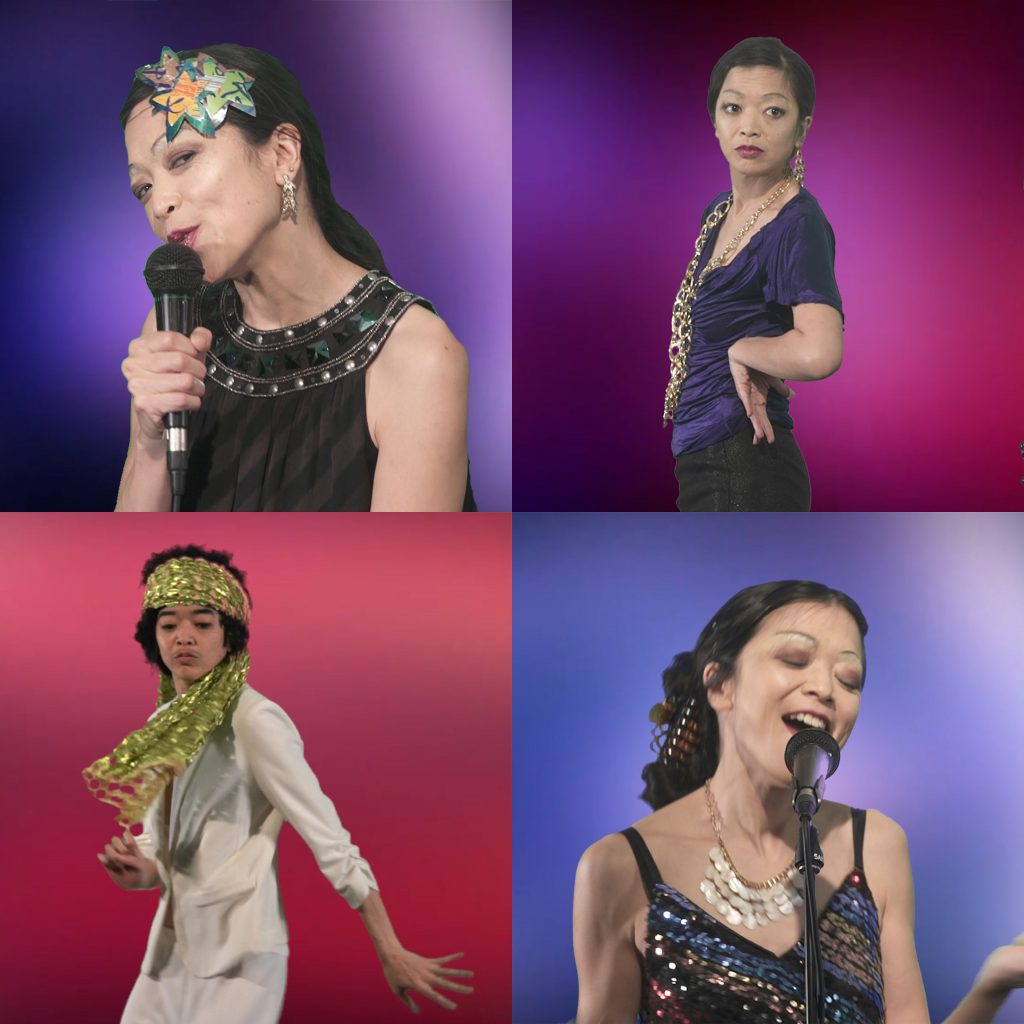 Li-Ming reenacts the personas of members of Boney M. in her video “Boney (Phoney?) M.”

“When people started telling me that I was performing and then I thought to myself… Am I? It felt strange suddenly to be called a performance artist,” she says. Hu still feels strange having the label of performance artist applied to her; she admits the influence of performance derives from her time spent as a professional actor in multiple television shows, including the popular “Power Rangers RPM” series, as the Silver Power Ranger Gemma. While Hu initially felt embarrassed about this part of her life, she believes that her acting roles have enriched her work and provided methodology for how she approaches performance. 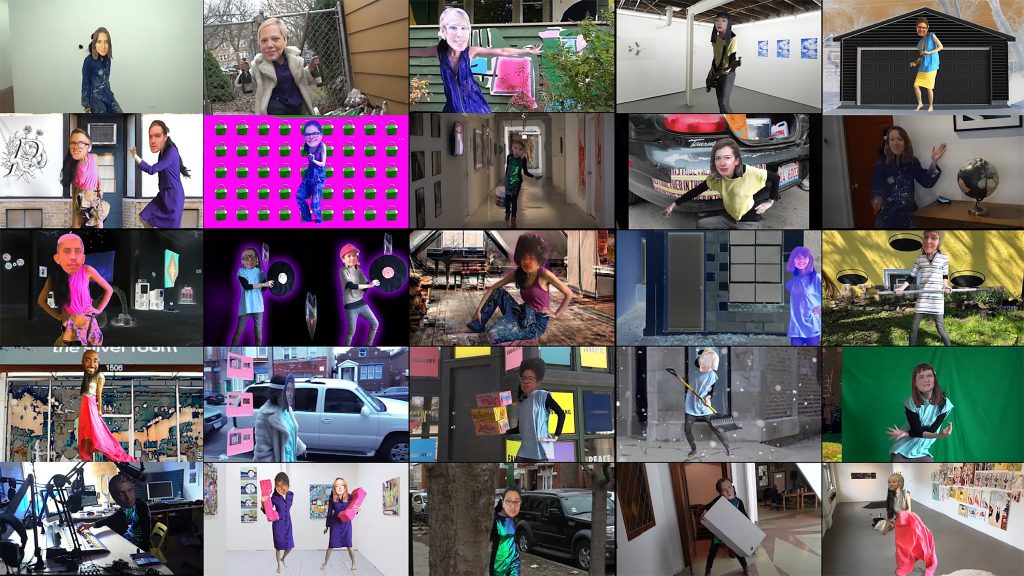 Hu’s video creations often feature herself wearing cardboard cut-outs of people’s faces as masks. In a video she created for the “Artist Run Chicago 2.0” exhibition at Hyde Park Art Center, she portrays the founders and organizers of over fifty artist-run spaces in the show as a way of celebrating them. Hu is shown sporting attractive outfits, sometimes accompanied by another person who is also wearing cutouts, which switch between a combination of green-screen backdrops and different artist-run spaces and other locales, set to Chaka Khan’s “I’m Every Woman.” In other videos, such as “Boney (Phoney?),” Hu reenacts four personas in an interview of members from the 1970s Eurodisco group Boney M, in which she speaks German and Dutch in order to explore ideas around the relationships between immigration, diasporic subjectivity and notions of authenticity in cultural production. Her videos and performances share a carnivalesque sensibility and a self-reflexive criticality. 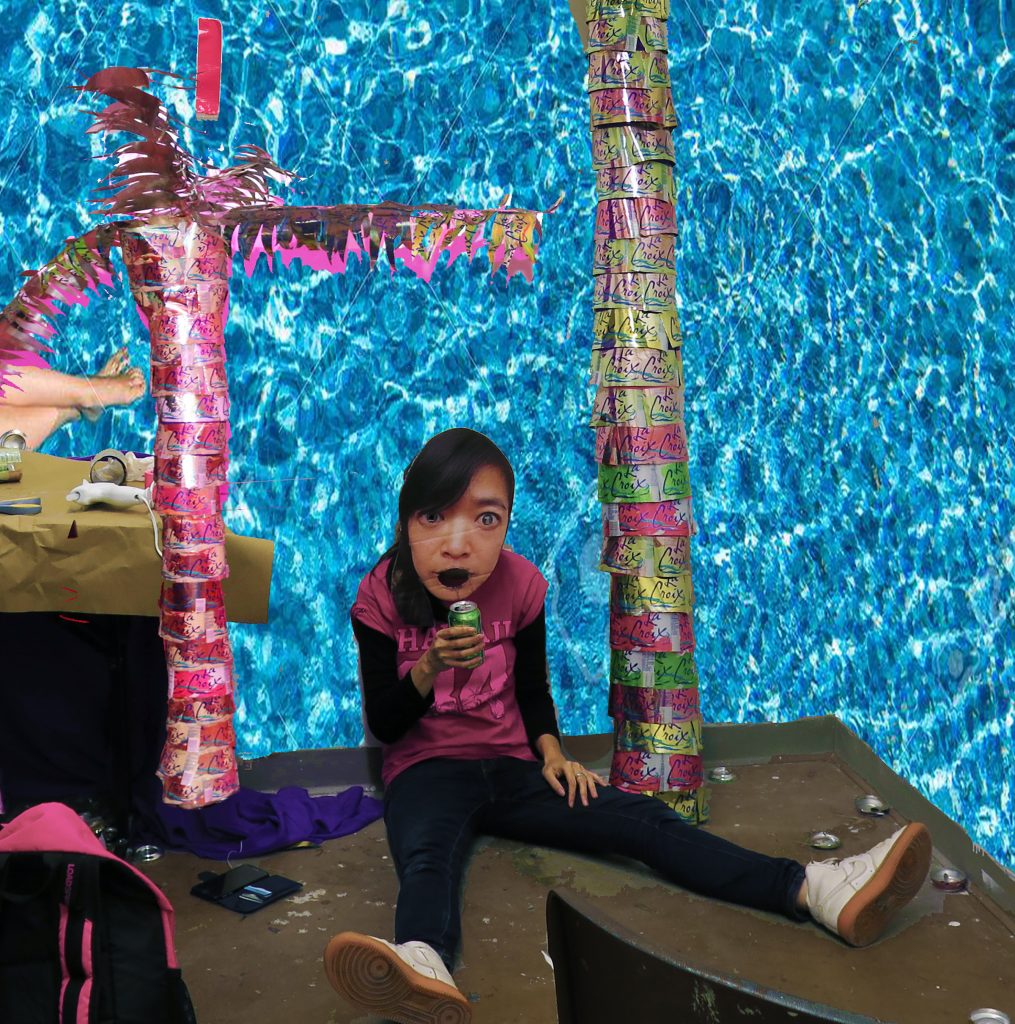 “Humor is a really important strategy and an access point when I’m creating,” she says. Focusing on humor helps Hu capture her audience’s attention and encourages them to think deeper into the reasons for their amusement and/or discomfort on the topics she touches. Hu’s art is a combination of parody and tribute. She likes to think that laughter comes as much at her own expense as it would for anyone she portrays. In a 2018 performance, Hu organized a photo booth where visitors could pose for their own Newcity Breakout Artist cover shoot. Participants could create their own artist statements, made from previous Newcity issues, that were then printed and attached to real copies of the magazine for visitors to take home with them. Her work can be context-specific, sometimes too specific, but that is an added point. Hu acknowledges that these are tremulous times but thinks that the potential of a jocular approach to creating art should not be underestimated and serves as a reminder that art does not need serious connotations.

Hu has held shows at CoProsperity Sphere, Compound Yellow and Flatland Chicago, among other Chicago spaces. An upcoming exhibition, “Are you a Foreign Artist?” in collaboration with Maryam Faridani, opens at Roots & Culture in April, and she will be part of a group exhibition, “another time; once more” at Mana Contemporary, through May. Hu will begin an artist residency at Flux Factory in Queens, New York later in 2021. (Hadia Shaikh)