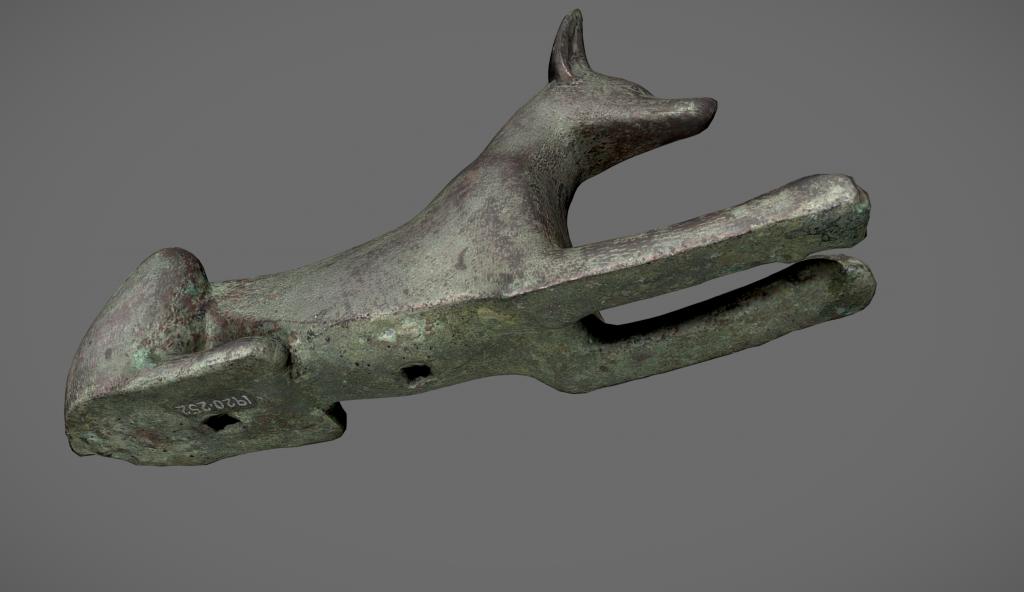 Museums across the globe have implemented digital and 3D media to preserve and promote their collections on the web in recent years. Digitization technologies open opportunities and discussions surrounding ethical museum practices that reckon with their colonial and imperial history. The Art Institute of Chicago is joining the conversation with their 3D storytelling tool, organized by executive creative director Michael Neault, the Experience Design team and the imaging department. With community encouragement and awareness of these resources, the Art Institute of Chicago could further extend their digital initiatives program to build collaborative relationships between the museum and indigenous communities and artists.

The idea for the digital initiatives project came about four years ago. Neault writes over email, “We conceived of a 3D storytelling tool where a roving camera could zoom in to details and navigate around an object, from any angle and magnification, not unlike a drone.” Neault likened the project to “photojournalism or documentary filmmaking, in terms of how we use visuals to drive the narrative.”

The project was announced in a September 2020 blog post written by Neault. The post detailed what the imaging department and Experience Design team imagined for the project, its general functionalities and what to expect for it in the future. It also provided an example of a rich scan of an Egyptian jackal statuette that the viewer could see from multiple angles as they scrolled through the story. A hole in the jackal’s belly reveals that this object was once placed on a wooden stake for a funerary ceremony. Other examples provided are a second- or third-century head of the Buddha from Gandhara, a life-sized Renaissance-era statue of Saint Catherine of Alexandria and a bronze bell crafted over a thousand years ago in China. Neault writes in the post that a collection of their 3D models are available on Sketchfab, a platform that publishes and shares 3D, VR and AR models. “These images are free and available for download, which opens up a wealth of exciting possibilities for art lovers,” the post says. 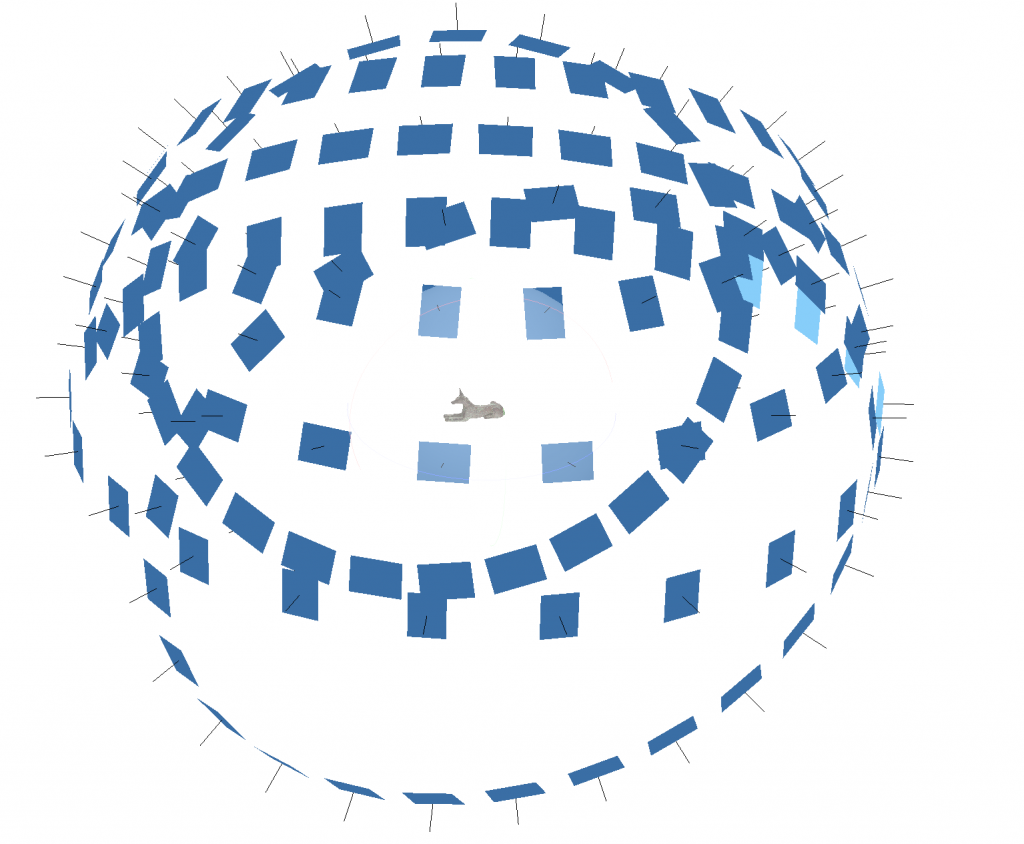 On the Uploading of Cultural Heritage and Patrimony

Many museums across the world have also uploaded models of their collections onto Sketchfab and similar websites. The democratization of 3D imaging brings up a pressing discussion about ownership of cultural property. There are objects in museum collections that can be traced back to practices of looting during times of imperialism, war and colonization, most notably during the nineteenth century. However, even more abundant in a museum collection is the insidious problem of cultural artifacts that cannot be proven to be looted. There are often laws that allow a museum to retain ownership over items regardless of whether it feels ethical or not, such as the UNESCO treaty passed in 1970 that prohibits the illicit trafficking of cultural artifacts, as a result providing a loophole for any antiquity acquired beforehand.

Currently, there are only two scans on the Art Institute’s Sketchfab, both of a secure provenance. “We’re still in the nascent stages of scanning. We have over 100,000 photos, dozens of 360-degree images, but we only have a few 3D images that are finalized,” Neault writes.

It is often regarded a democratic act when a museum uploads scans for free onto the internet, but these scans harbor complicated tensions over the historical origins of collections as well as who has the right to make these scans in the first place. It becomes a question of who owns cultural heritage.

Where the Art Institute of Chicago has only uploaded two cultural artifacts of secure provenance, the British Museum has uploaded 266 models, several of contested cultural property, such as the Rosetta Stone. Artist Yinka Shonibare told the BBC that the museum should 3D print and return the highly disputed Benin Bronzes to Nigeria, a suggestion declined by British Museum director Hartwig Fischer.

Though “digital repatriation” has been discussed by artists and scholars over the years, the conversation is often misleading. Repatriation is the complete physical return of an object of cultural patrimony. Very few objects have been repatriated through a 3D printing process. One example is the Killer Whale Hat, which belongs to the Tlingit Dakl’aweidí (Killer Whale) clan of southeast Alaska. The Killer Whale Hat was created in 1900 in Angoon, Alaska, by Tlingit artist Yeilnawoo and belonged to Gushdeiheen, who was a Dakl’aweidí clan leader, as detailed on the Smithsonian website. Since this object was made of wood, it could be replicated through a CNC mill. Many other objects of cultural patrimony are not created out of easily replicated materials. Additionally, digital repatriation cannot exist if a museum still has ownership of a 3D scan or replica. The Killer Whale Hat was scanned with the clan’s permission and kept as a digital record “as insurance against loss and to allow the Smithsonian to make an exact replica for education and exhibition purposes.”

The Art Institute project has been in the works for several years, but the pandemic amplified the use of this digital feature for online engagement. While the museum, like other institutions, may be opening their doors, many visitors will not soon return due to safety precautions. Since the pandemic, the art industry across all sectors has been pressured to find virtual substitutions for in-person gatherings. These pressures have led the art industry to create tech-based, innovative experiences that will change how we view and perceive art, such as the rise of online viewing rooms and virtual museum tours.

The 3D storytelling tool on the museum’s website reframes how we engage with art at the museum. It releases cultural artifacts from their static vitrine display and includes concise information about their history and notable research from the Art Institute’s team that often recontextualizes the work into contemporary history. For many objects that hold significant cultural import, the curatorial voice of the museum remains omnipresent and uncontested. While the Art Institute is attempting to imagine a new future for how we view and perceive art, a singular voice, particularly one without any apparent authorship, lets the museum stay unaccountable for any misrepresentation.

In one of the interactive features, the museum highlights the Nimba Headdress of the Baga People of Guinea. As the reader scrolls to read, the Nimba Headdress turns in a 180-degree motion. The website describes the cultural significance of the n’mba or d’mba, which “represents the universal mother as an ideal of the female role in society.” The Art Institute explains alongside the 180-degree scan of the mask that French art collectors and dealers looted artworks of the Guinean people. It is alluded to but not directly stated that the mask in the Art Institute’s collection was also stolen. (The page also details that Pablo Picasso purchased a nimba mask, which “influenced” his art in 1900.) Elsewhere on its website, the museum explains the process their researchers go through to find out where works in their collection come from. It acknowledges unlawful methods of obtaining art and their commitment to following guidelines put in place by associations like UNESCO and the American Association of Museums. The museum did not respond to a question about the provenance of this mask.

This seems like a welcome opportunity for the Art Institute, which had a public misstep in 2019.  That year the museum canceled the exhibition “Worlds Within: Mimbres Pottery of the Ancient Southwest,” weeks before it opened, after scholars criticized the museum for showing objects from burial grounds. The exhibition was slated to display around seventy objects from around A.D. 1100 in what is now New Mexico. Following the cancellation, AIC President James Rondeau told the Tribune, “The principal thing that we have not accomplished is to have an aligned indigenous perspective, scholarly and curatorial.”

Contemporary Collaborations on the Horizon 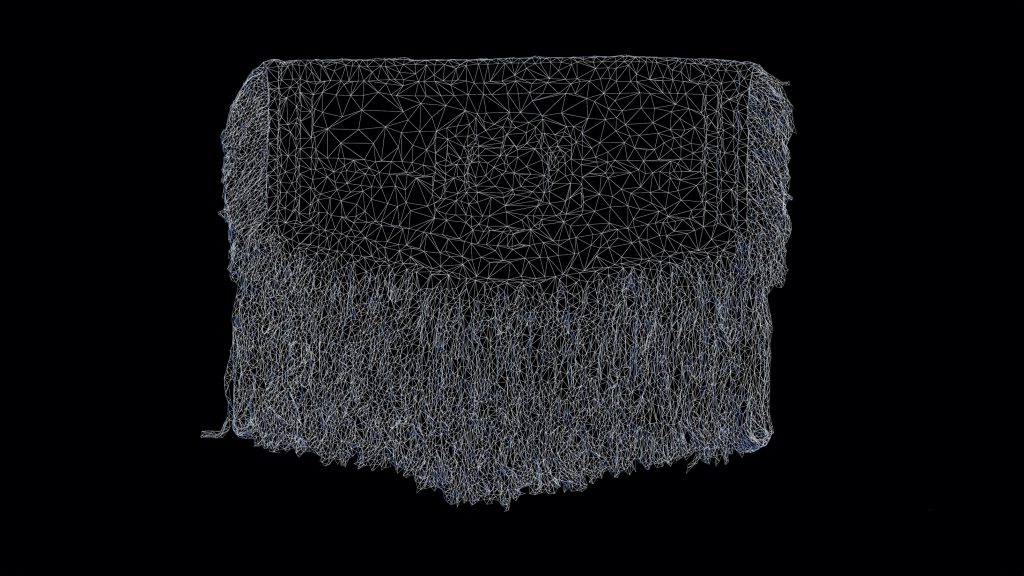 Video still of a wireframe render from “Wrapped in the Cloud,” Meghann O’Brien, 2018. Produced in collaboration with Conrad Sly, Hannah Turner, Reese Muntean and Kate Hennessy.

In addition to collaborating with indigenous communities on digital archives, the digital imaging department and Experience Design team offer the Art Institute opportunities for working relationships and collaborations with contemporary indigenous artists to create meaningful projects that address their cultural heritage in relation to the institution. An example for work like this includes “Wrapped in the Cloud” by Jaad Kuujus (Meghann O’Brien), a collaboration with Conrad Sly, Hannah Turner, Reese Muntean and Kate Hennessy at Simon Fraser University’s Making Culture Lab. Originally, the artist’s woven work “Sky Blanket” was at Winnipeg Art Gallery, and O’Brien approached Hennessy to create a photogrammetry scan that could hold the place of the artwork whenever she wanted to use it for a ceremony. 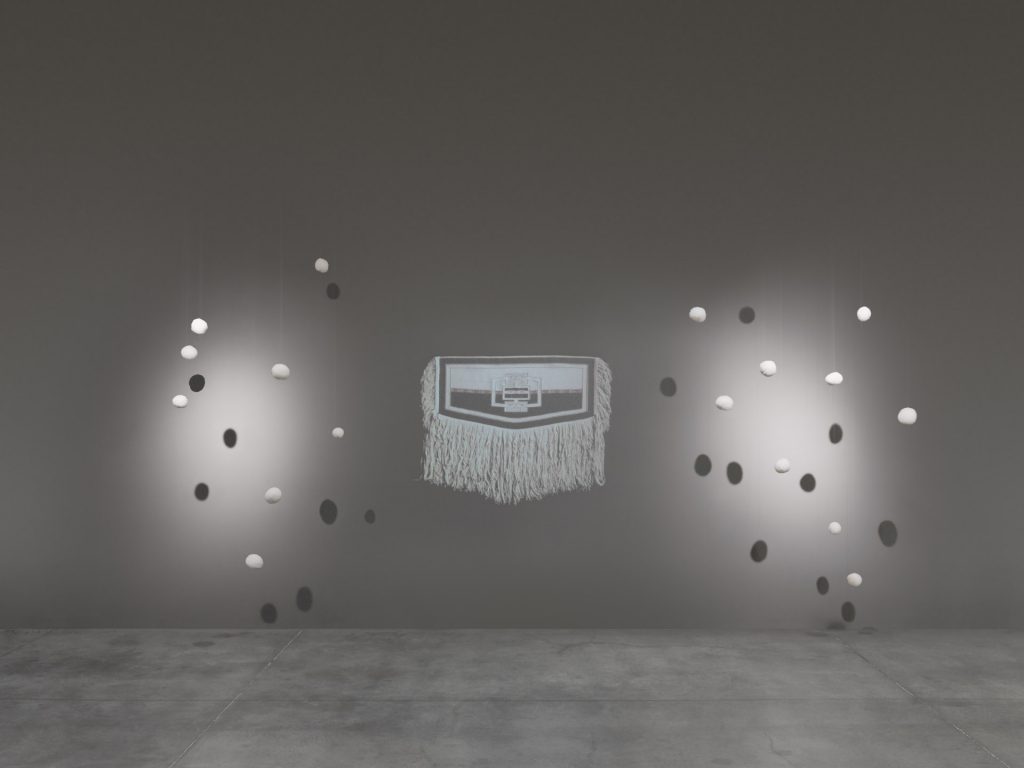 The Art Institute of Chicago has made several steps toward building a more inclusive and transparent museum. President Rondeau has also publicly voiced the desire to be at the forefront of shifting paradigms for ethical museum practices. There are a wealth of opportunities for meaningful community dialogue with the digital resources available to the Experience Design team and imaging department. (Celia Glastris)