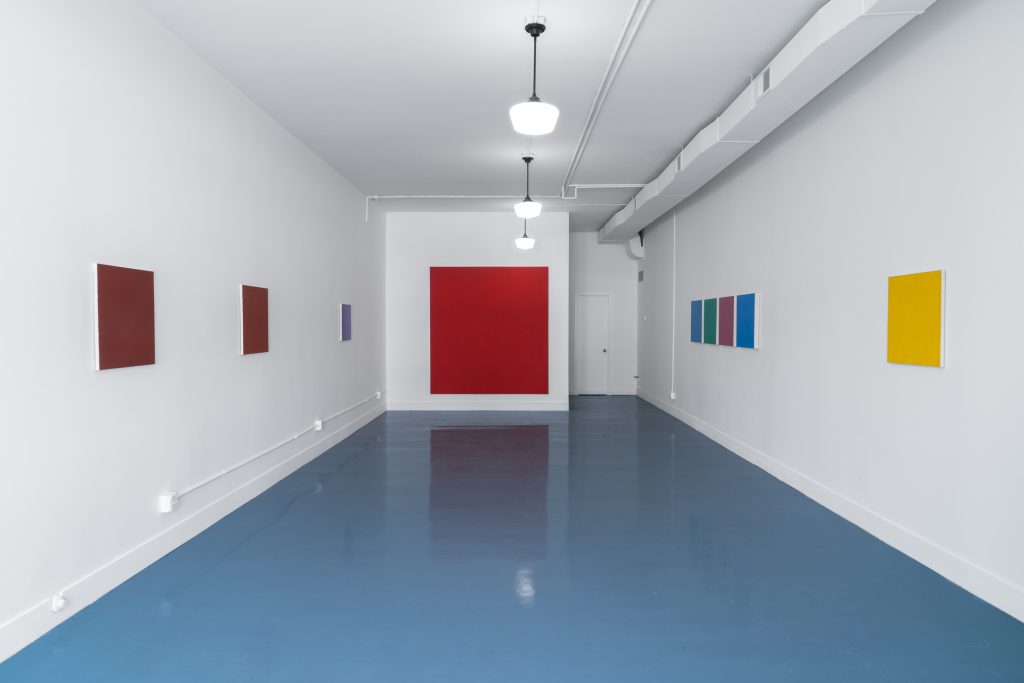 It’s fair to say that even for those deeply invested in the histories of twentieth-century painting, the name Marcia Hafif may be an unfamiliar one. A central figure in the loose association of artists that would come to be known as the Radical Painting group, Hafif pioneered a reductive, monochromatic approach to the medium at a time when the critical discourse surrounding painting, when it was discussed at all, typically involved its perceived irrelevance.

Eschewing painting’s much-heralded end of days, Hafif concerned herself instead with an investigation into its essentials. The term “radical” was used, not to denote something revolutionary or disruptive, but referred rather to its origin in Latin, meaning “roots.” Hafif and her fellow artists sought to return painting to a year-zero, back-to-basics moment. No small feat given the prevailing view that the modernist project had effectively drained painting of its formal and conceptual possibilities. 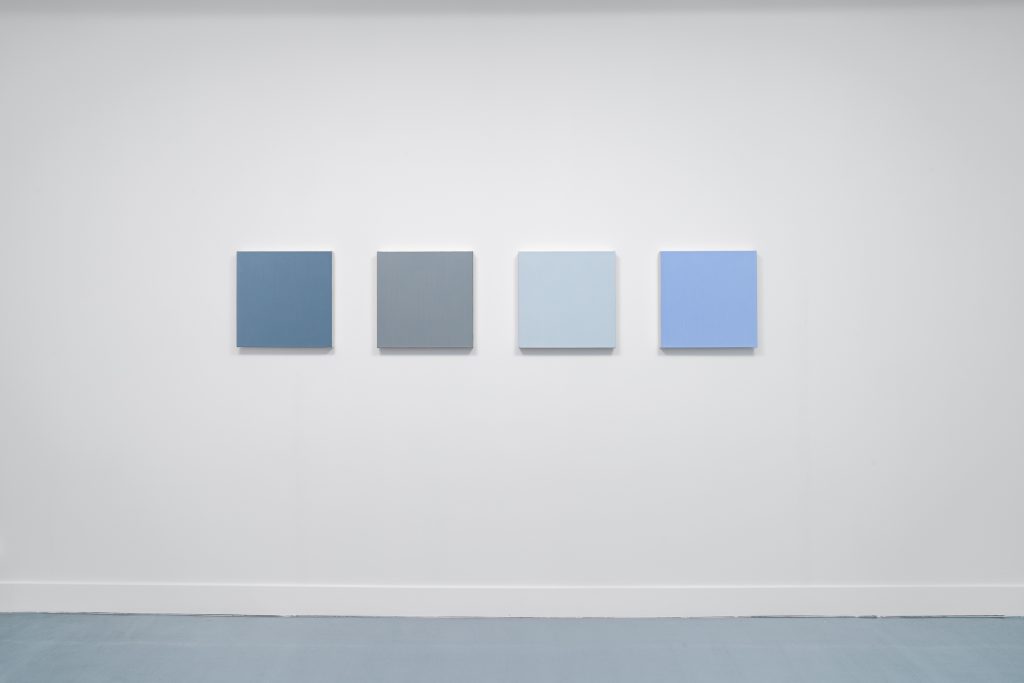 To accomplish this task, Hafif embraced the barest rudiments of painting: pigment and surface. Starting in the early 1970s with what would become known as her “Mass Tone Paintings,” the artist ground her own dry pigments into linseed oil and applied the resulting mixture with a brush in short, controlled strokes. The works—modestly sized, densely colored and depicting nothing—clearly evidence the hand, and thereby the presence of the artist.

The career-spanning exhibition at RUSCHMAN presents four of these classic Mass Tone works. Along with selections from Hafif’s more recent “Shade Paintings,” they are subtle revelations. Deceptively simple, but imbued with rich contrasts, Hafif shows how similar pigments can produce wildly differing optical sensations. Where the rusty earth pigment in “Red Ochre” glows satin and reflects the brush’s striations, the similarly hued iron oxide of “Pozzuoli Red” holds the light in, closely registering a matte finish that renders the artist’s touch almost invisible.

In this tightly focused show, the essence of painting, far from being simply the accumulation of paint on surface, is shown to reside at least as much in the reflected wavelengths of light that strike the eye of the viewer. With large north-facing windows and RUSCHMAN’s modestly lit interior, Hafif’s works change dramatically as the viewer repositions themselves throughout the gallery. The radiant warmth of Alizarin Lake in “Shade Paintings: Group 11” rapidly cools to a placid pink when viewed from the opposing direction. Even variations in color caused by a simple change in technique are cause for careful inspection and quiet celebration. Witness how frigid ultramarines sparkle like ice on a January morning.

Histories are inherently subjective. In the effort to construct meaning, to forge coherent links in a chronological chain, authors amplify the importance of some people, places and moments while diminishing or completely erasing others. The past is exclusionary, but also subject to revision. As we slowly emerge, bruised and battered from the events of the past year, the notion that we too can begin again by recovering what is essential to our own nature as a society and as individuals, is a radicalism we should welcome. (Alan Pocaro)

“Beginning Again” is on view through April 24 at RUSCHMAN, 4148 North Elston