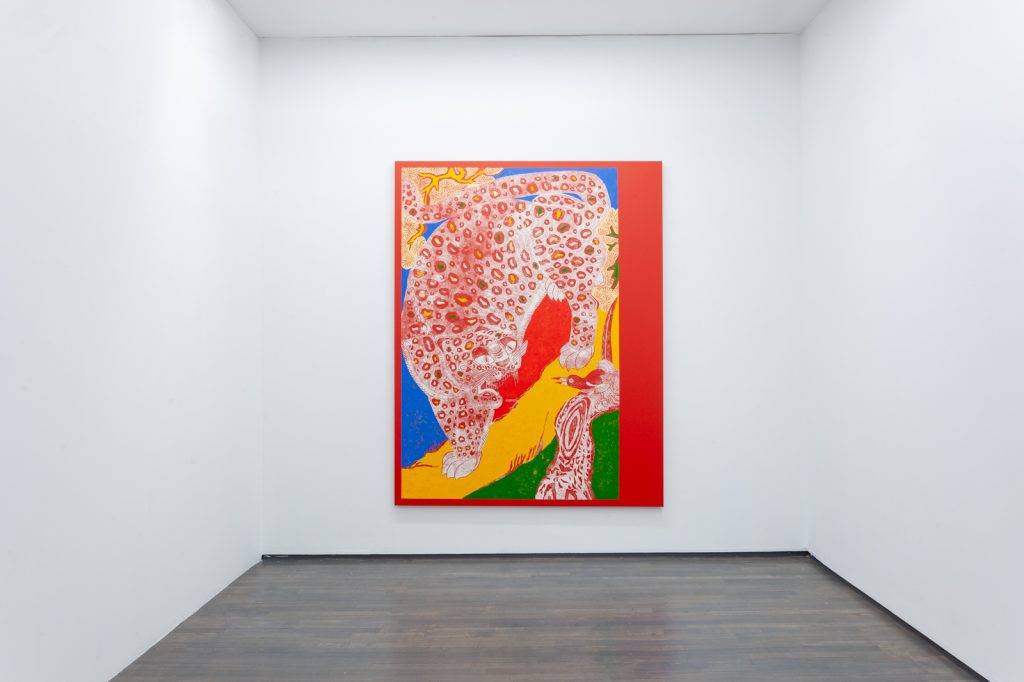 The magic of Kour Pour’s “Familiar Spirits,” his first exhibition with Kavi Gupta, lies in its treatment of repetition. In twenty-one separate works, the British-born artist presents and explores a single visual motif: the tiger. Through a preponderance of clear blacks and primary hues laid on paper and raw cotton duck, we witness this awesome creature in action and in repose, as something both ferocious and flippant.

Despite the title’s suggestion, there’s nothing diaphanous or ethereal about Pour’s tigers. They, like the paint that gives them life and form, are firm and opaque. Rendered in the fashion of traditional East Asian stylizations, they’re accentuated by chromatic counterpoints that echo the simple colors of Miro and Mondrian. Pour achieves this concrete effect by a handsome combination of relief printing—carving an image into a pliable surface such as wood or linoleum and covering it with pigment—and straight-ahead paint application: a material fusion of east and west. And while Pour’s formal themes and technical approach is unmistakably clear, their meanings are more ambiguous.

Over the course of the past decade, the artist’s creative practice has been driven largely by appropriation. In its postmodern sense, appropriation is a radical act. It productively destabilizes bourgeois notions of originality in an effort to resist commodification and expand the possible. In its contemporary sense, appropriation is typically preceded by the adjective “cultural” and it is leveled as an indictment. 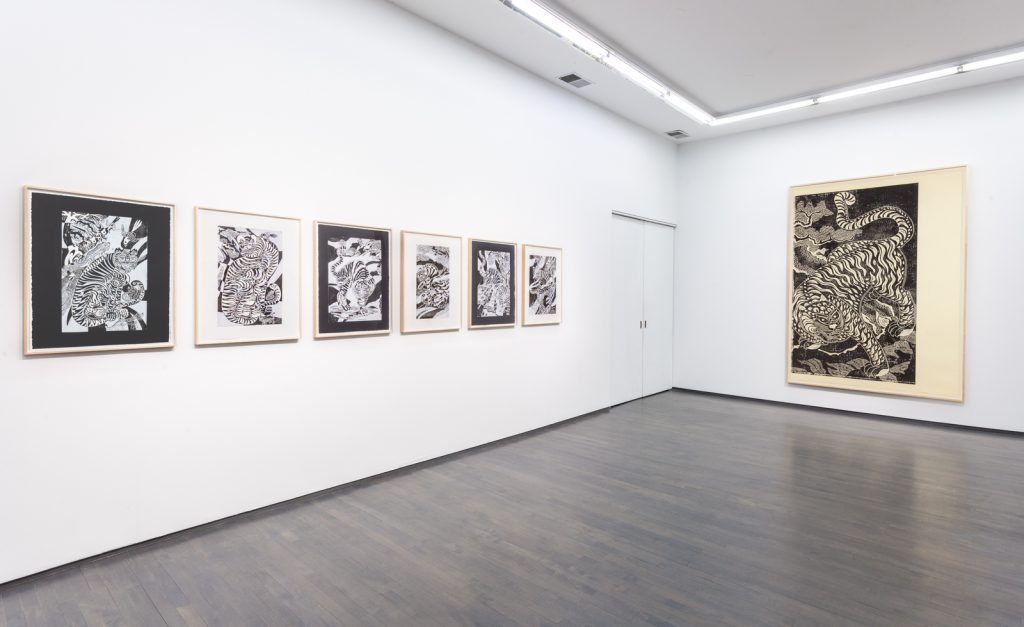 Pour, and by extension his works, evade these charges partly as a consequence of his status as an immigrant, but primarily as a result of his interest in, and compelling use of, the notion of fostering. “Foster means taking care of something that isn’t necessarily yours. It means nurturing something temporarily in your care,” he says. For Pour, using images that aren’t one’s own isn’t visual or cultural piracy, it’s a charge of responsibility.

Whether in his application of Persian miniatures, Japanese Ukiyo-e, or as in the case of the current exhibition, Chinese and Korean tigers, Kour’s seriousness of purpose is exemplified by the multiplicity of works on view. This isn’t some aesthetic smash-and-grab, but rather a sustained engagement with visual ideas that undercut the notion that employing the imagery of other cultures is simple theft. Kour’s work shows us that no matter its ethnic or geographic origin, culture is a process born of reuse and repetition. And therein lies the magic. (Alan Pocaro)