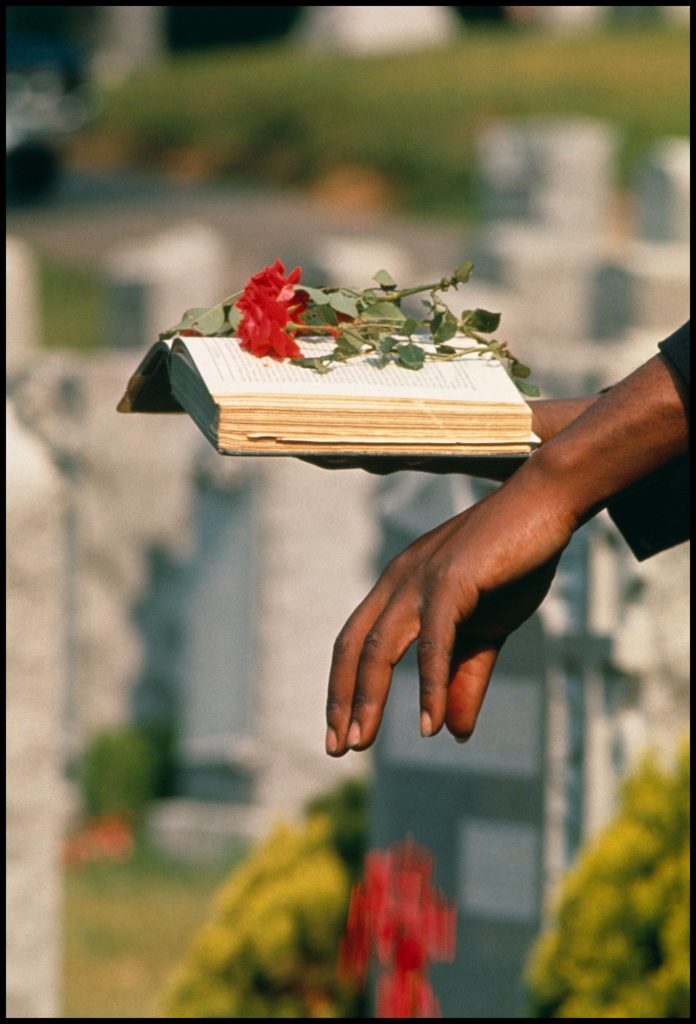 We’re living through a Gordon Parks renaissance. Parks achieved many firsts as an acclaimed Black photographer, writer, musician and film director, making him an obvious figure to celebrate as the art world reckons with racial injustice. Indeed, his unflinching photographs of the criminal justice system, newly compiled and published last year, are harrowing testimony to the long history of what Beth Richie calls our prison nation. This show pairs selections from two of Parks’ portfolios, showcasing the photographer’s range and depth.

The first, dating from 1953, focuses on Chicago’s Metropolitan Missionary Baptist Church. Parks documents the congregation’s rituals, worship and works of mercy. He made the second portfolio in Kansas a decade later, titling it “The Learning Tree” after his semi-autobiographical novel. It’s an unexpectedly lyrical set of images, including pictures of birds and skies. By juxtaposing the two bodies of work, the show clearly means to highlight their differences (most obviously black-and-white and lush color) while implying a thematic continuity in Parks’ work.

Questions of Black community, how it is marked, sustained and treasured, are central. One of the later photographs depicts a shirtless man hunched forward, head bowed, his thumbs and forefingers pinching his shoulder muscles in a gesture of weary self-maintenance. In the next picture, a closely cropped funeral scene, one hand holds a Bible covered with roses while the other drops a blur of petals. Parks was always interested in the expressive qualities of hands, but here they stand for ways of caring for one’s self and fellows. Although “The Learning Tree” largely eschews scenes of congregation and religion, it doesn’t take much of a leap to see Parks’ description of the Metropolitan Baptist Church bearing fruit in this later diptych: “the church must repair the damage inflicted on its congregation in the preceding 156 hours. It must stoke-in enough of the goodness and patience to endure the coming week. It must quench the hot thirst for dignity and belonging.” 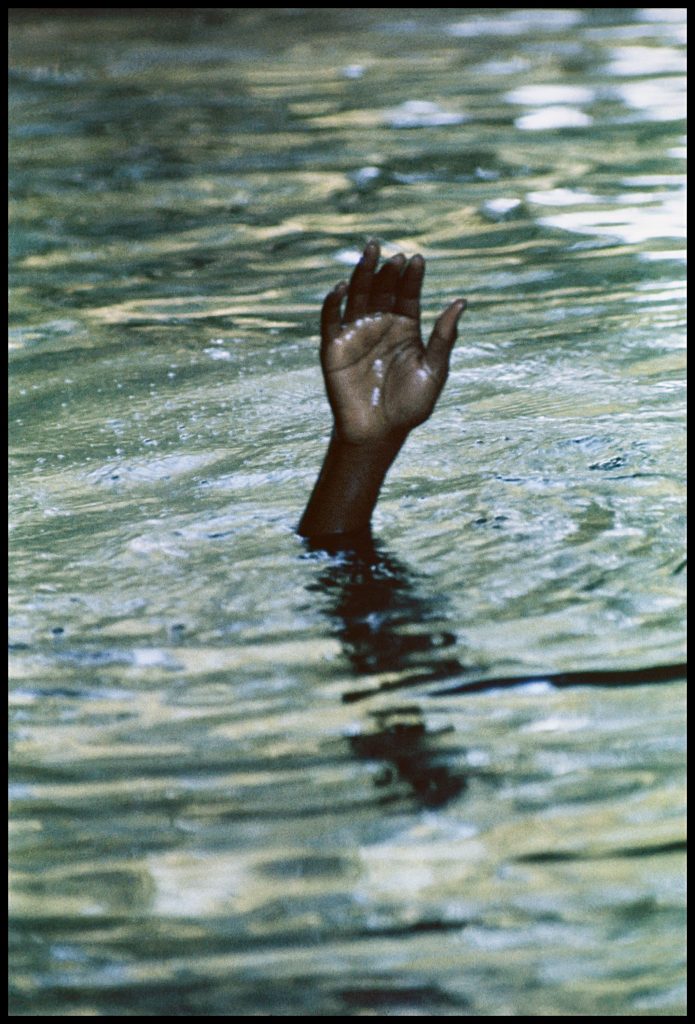 Parks always had an eye for the gravid detail. It’s what made him such a good photographer for publications like LIFE, where his famous series of Flávio da Silva reprised the ambition that figures like Jacob Riis and Lewis Hine had for changing the world by showing poverty’s graphic particulars. Some selections from “The Learning Tree” take this logic to the extreme. One haunting image of a single hand raised above the water’s surface, for example, is nothing but detail. Of course, this is not quite what was valued in ambitious photography over the last few decades, critics preferring works that gestured only obliquely to politics and steered clear of the emotional intensity that Parks brought. Jesús Constantino summed up the consensus well when he noted that Parks “has been seen as an important—but frustratingly unsubtle—middlebrow African-American photographer.” 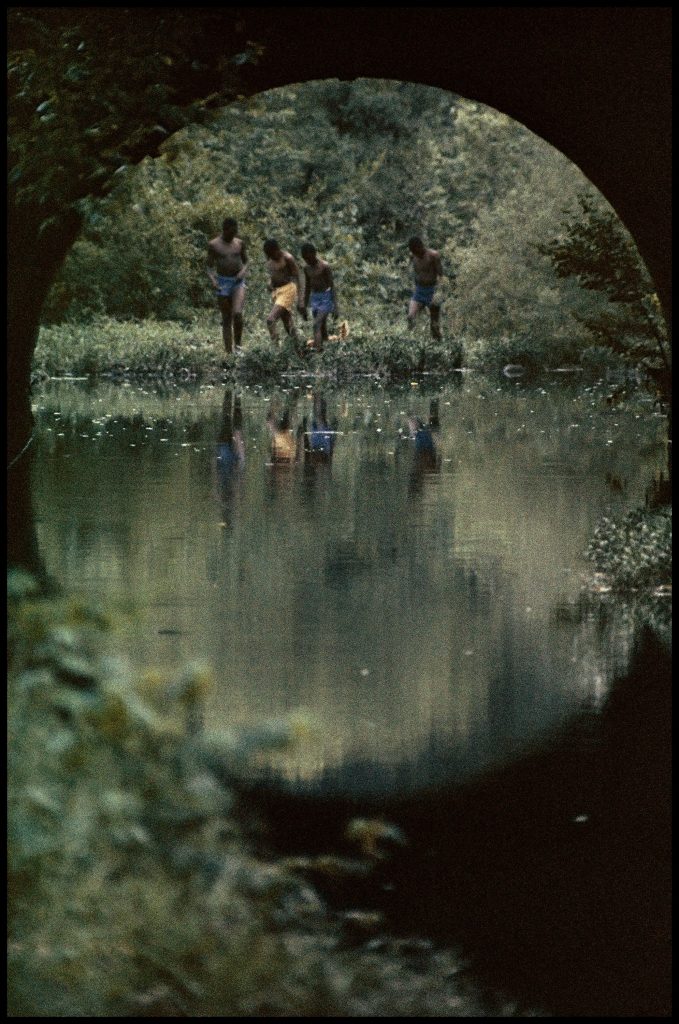 The recovery of Parks is partly due to an inversion of critical terms. We want unsubtle Black photographers now. But “The Learning Tree” is also full of understated, pictorially complex passages, like Parks’ overhead view of five nude men swimming in a Fort Scott watering hole that recalls Eakins’ landmark paintings as well as the racial politics of water. The real triumph is a photograph of four figures—perhaps swimmers too, given their garb—who pick their way along a verdant shore. Parks’ camera observes them from a distance he deliberately avoided in most of his LIFE pictures, marking that remove by framing the figures with a bridge and a blurry thicket that occludes our view in the lower left. Meditative, tinged with fantasy, the photograph conjures a juvenile magic like nothing I’ve seen in Parks’ oeuvre before. (Luke A. Fidler)

“Home In the Wilderness” was on view at Rhona Hoffman Gallery, 1711 West Chicago, through June 19. Video and other documentation can be seen here.