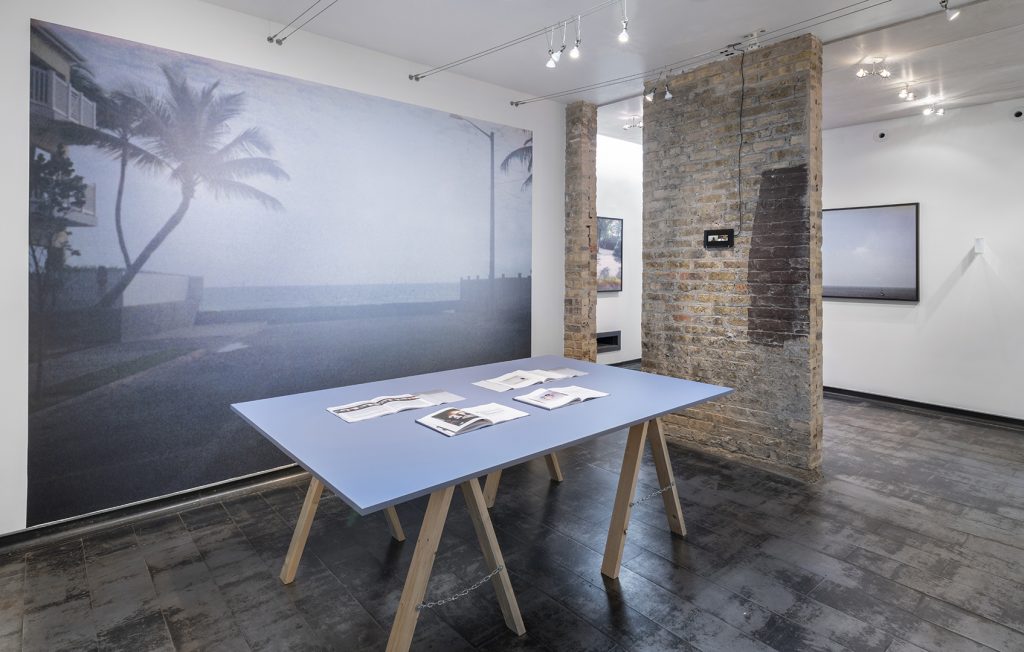 In a 1985 essay about subjective geography, theorist Denis Crosgrove states “landscapes are a way of seeing.” In “Papi,” the current exhibition at Iceberg Projects, artist Oli Rodriguez, a Chicagoan who now lives in Los Angeles, suggests that landscapes are a way to see queer phantoms.

From 2010-2020, Rodriguez documented his deceased gay father’s (his Papi) relationship to the histories of HIV/AIDS and his former cruising spaces. “The Papi Project” is the accumulation of this multimedia material which renders the invisible shadows of queered spaces visible. For Rodriguez’s exhibition at Iceberg Projects, a curated selection of his personal correspondences with his father’s former lovers and thirteen photographs/postcards from the overarching “The Papi Project” are on view.

Upon entering Iceberg Projects, there is an immediate sense that there is more to see than what’s on view. Literally and metaphorically, the landscape photographs in the first gallery space are nearly vacant. Several postcards of similar landscapes, sans personalized notes, are installed perpendicular to the wall. Addressed to either curator John Neff or Iceberg Projects, a rubber stamp imprint on the postcards confirms that these did, in fact, travel from Los Angeles to Chicago via the U.S. Postal System. A larger landscape photograph in the first gallery presents a view of Lake Michigan. In another, a park bench in a shabby setting is offset by a rainbow/retro lens flair at the bottom edge. For these photographs, he used 110 film, popular in the 1980s because of its easy-to-use portability, to document the present-day remains of popular gay hookup spots from the 1970s, 1980s and 1990s. It might be easy to get caught up in these photographs’ grainy Instagram filter aesthetic, but what Rodriguez shows are spaces where things once happened via the historical mode of documentation—the aesthetic is a technicality and a result of outdated film stretched to the limits of production. 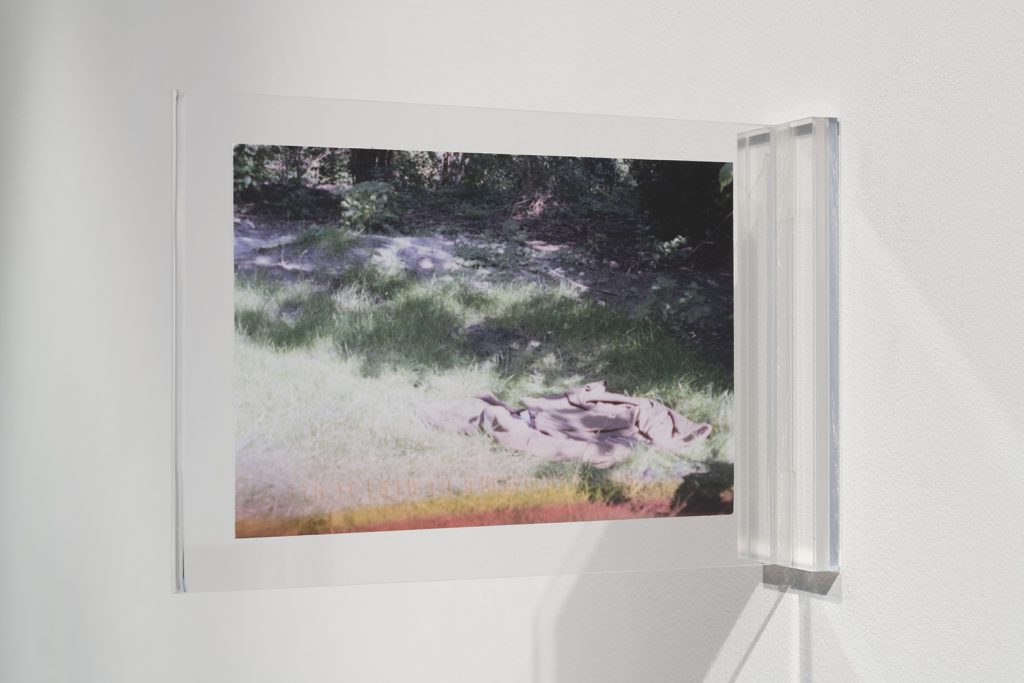 In the second gallery space, a large table with four facsimiles of “The Papi Project” book contains essays, communications, film stills and additional photographs and collected materials. It is worth spending time reading and feeling this content. Each page is an emotional foray into what Rodriguez went through in finding out more about his gay father after his death by way of the men he hooked up with while alive. Surrounding the table is a large wall-sized grainy landscape photograph, two monitors scrolling photographs of the men Rodriguez met or hooked up with while inquiring about his Papi and casual day-to-day situations, other digital media, such as Craigslist ads (remember those?), and printed materials from previous iterations of “The Papi Project.” Taken together, this exhibition, and larger project, is a potent harkening to a singular and collective lost past: spatially, technologically, physically, emotionally and sexually.

Each object in “Papi” stands as evidence that the digital and physical landscapes we currently occupy are filled with ghosts. What we see in, and importantly through, Rodriguez’s landscape representations is absence. In the corresponding publication published by Candor Arts, the artist explains, “I am interested in […] exploring the remnants, the changes, the barrenness and the historically lost subtext [of these landscapes]. These are often green spaces no longer identifiable or connected to their historical cruising roots.”

The particular relevance of this project and exhibition is that it coincides with the forty-year anniversary of the first five cases of what later became known as AIDS were officially reported. It is also a time where political uncertainty is attempting to erase plural LGBTQIA+ histories and realities and when cities like Chicago are washing away wildness through extreme gentrification. Rodriguez’s work in “The Papi Project” speaks to the consequences of these actions by pushing back on the perceived absences of folx and histories—ultimately showing the collateral of their physical absences. Within the absence of his Papi, his Papi’s lovers and these once queer landscapes, there remains a presence. What other spirits live in our collective consciousness, shared public places and individual memories? (Alex Priest)

“Oli Rodriguez: Papi” is on view at Iceberg Projects, 7714 North Sheridan, through July 18.